Travel has been in man’s blood since the beginning of time. In order to facilitate travel, we built roads. This list looks at some of the most unusual and interesting roads. The only requirement for the list is that the road must still exist today. Most are modern.

Claim To Fame: Gravity hills appear to defy the laws of physics

Unlike the other streets on this list, this is not a specific street but rather a variety of streets – there are, in fact, hundreds around the world. When you park your car at the foot of a gravity hill (also sometimes called Magnetic hills or Mystery hills), the car will appear to roll up the hill – not down. The reason for this is an optical illusion caused by the surrounding environment. If you are interested in visiting a gravity hill, Wikipedia has a list of their locations around the world. 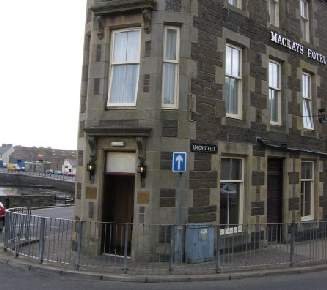 Ebenezer Place is the shortest street in the world, measuring just 2.06 meters (6.8 ft). There is just one house on the street, number 1 Ebenezer Place which was built in 1883. The building is a hotel (Mackays) and the owner was instructed to paint a street name on its shortest side. It was officially declared a street in 1887. 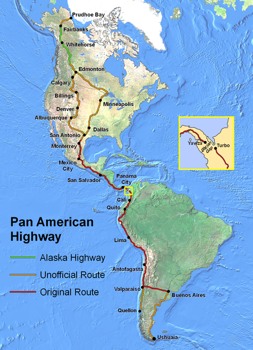 The Pan-American Highway is the longest motoring road in the world. It has replaced Yonge Street (in Toronto Canada) as the longest road since changes were made to the configuration of Highway 11 and Yonge Street in the 1990s. The Pan-American highway links the mainland nations of the Americas and is an amazing 48,000 kilometers (29,800 miles) long. The highway passes through 15 nations, including the USA, Canada, Mexico, Peru, Argentina, and El Salvador. 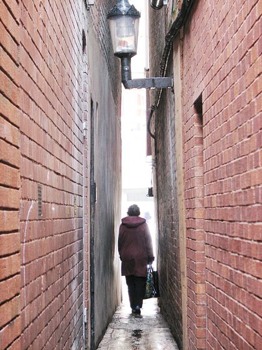 Parliament Street is in Exeter, England. It is the narrowest street in the world, measuring less than 0.64m (25″) at its narrowest point. It was originally called Small Street (for reasons that are obvious) but was renamed when parliament passed an act of law that expanded the representation of the people in the house of commons. The street dates from the 1300s and it is 50 meters long. 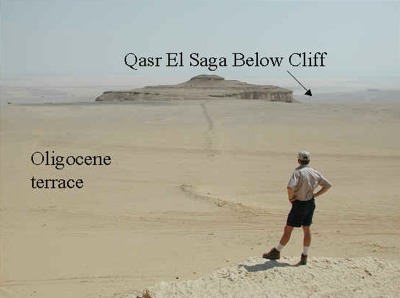 The Road to Giza is the world’s oldest known paved road. The road is over 4,600 years old and is six and a half feet wide. It covered a distance of seven and a half miles – connecting the quarries to the Southwest of Cairo, to the quay on Lake Moeris which connected to the Nile. The road was used to transport the enormous blocks of basalt to Giza where they were used for building (especially for paving). 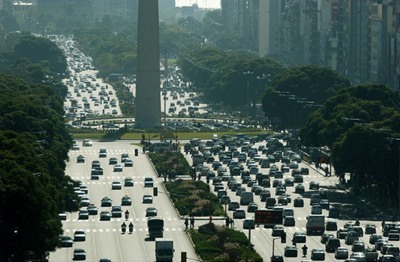 9 de Julio Avenue (meaning 9th of July Avenue – in honor of Argentina’s independence day) is the widest street in the world. It has six lanes in each direction and it spans an entire city block. There is a single building that sits on the Avenue (the former Ministry of Communications building) but there are many famous landmarks along the side – such as the old French Embassy, a statue of Don Quixote, and the famous obelisk (visible in the picture above) and Plaza de la República. 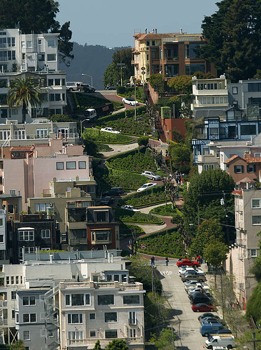 Lombard Street in San Francisco is famous for its bizarre hair-pin turns. There are eight of the turns (called switchbacks) and the street is known as the “crookedest street in the world”. The turns were added because the street would have been too steep for most vehicles (though it would still be less steep than the street in item 1). The twisting section of Lombard Street is now one way – in order to make it safer and there is a parking ban in place. 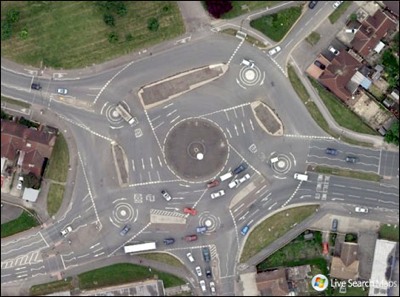 Anyone who has been on the Internet for a while will recognize the Magic Roundabout – it has appeared in virtually every “funny picture” list you can find. The roundabout is a real roundabout in Swindon, England. It was built in 1972 and it includes 5 other smaller roundabouts. To make matters worse, you must travel anti-clockwise (the reverse of the normal situation on British roundabouts) when you enter the smaller central roundabout. The Swindon Junction has been voted the worst junction in Great Britain. 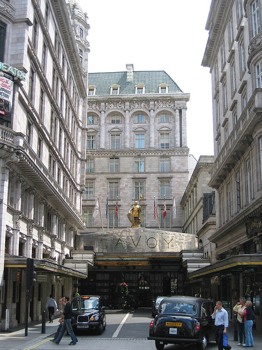 Claim To Fame: Only street in Britain where you must drive on the right

As most of our readers will know, the British drive on the left (unlike Europe and the United States). But there is one exception to this rule: Savoy Court is the only street in Britain where cars must legally drive on the right. Apparently this dates back to the old Hackney Cabs – by driving on the right, the driver was able to open the backdoor without leaving the cab, allowing the passengers to alight on the sidewalk. This is allowed by a special act of parliament. 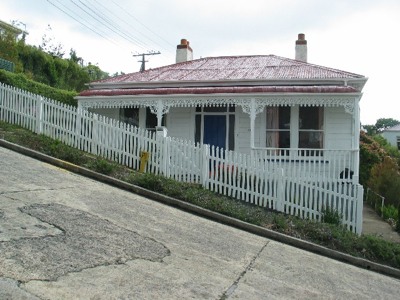 Claim To Fame: Steepest street in the world

Baldwin Street in Dunedin, New Zealand boasts the steepest street. New Zealand has many cities built on or around mountainous and hilly areas, and Dunedin is no exception. This street (and many others in New Zealand) were designed by British town planners who had never been to the country. They simply overlaid a grid pattern on the map and had no idea that they had made impossible or ridiculous design choices. The slope on Baldwin street has a 35% grade. The road is so steep that at the top it is made of concrete because the usual road surfacing material used in New Zealand (asphalt) would slide down the street in hot weather.