Question: Did you eat today? The answer is probably yes. Now, do you know where your food came from? We don’t think much about the food we eat every day, but many of the delicious treats we shove down our throats have fascinating histories.

From a Michelin Star-worthy Mesolithic caviar, to Caucasian wine that warmed Neolithic people after the Ice Age, to an acquired taste that shaped evolution, these global favorites share amazing origins. 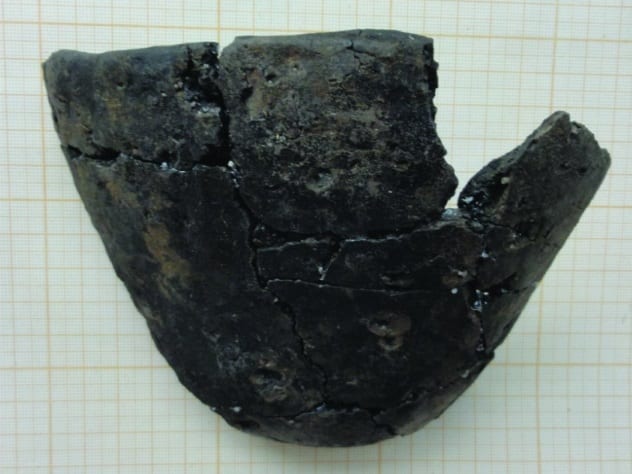 Ancient dishes could be sophisticated, too, like a 6,000-year-old caviar soup from a site near Berlin. The soup, found in a ceramic bowl dating to 4300 BC, was like an ancient version of Korean or Thai and could probably be served up at tablecloth restaurants today.

The freshwater carp roe was cooked in a fish broth that was covered with leaves to hold in all the fishy goodness while also imparting some fresh green flavors from the plants. Pork rib remains uncovered in another bowl suggest that Mesolithic people were eating fancier, daintier portions instead of Flintstones-like chunks of charred meat.[1]

9 Vanilla Was An Offering For Dead Royal Canaanites 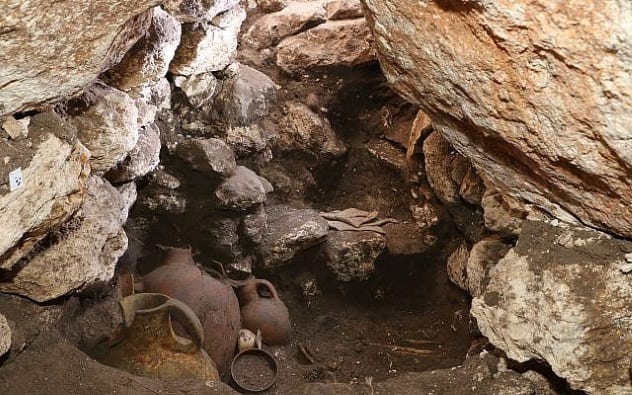 Vanilla use supposedly started in South America. But newer (as in, older) evidence recovered from a 3,600-year-old tomb in Israel fixes vanilla’s origin several thousand years prior and 21,000 kilometers (13,000 mi) away. Vanillin compounds were found in three small jugs at a Bronze Age burial chamber at Megiddo, an afterlife offering for the three gold-and-silver-adorned skeletons interred in the tomb.

Researchers say the vanilla orchid reached the Levant via trade routes with Southeast Asia. Vanilla, now the second-most-expensive spice behind saffron, was even more prized and valued during the Bronze Age. So the tomb belonged to a big shot, like a royal Canaanite.[2] 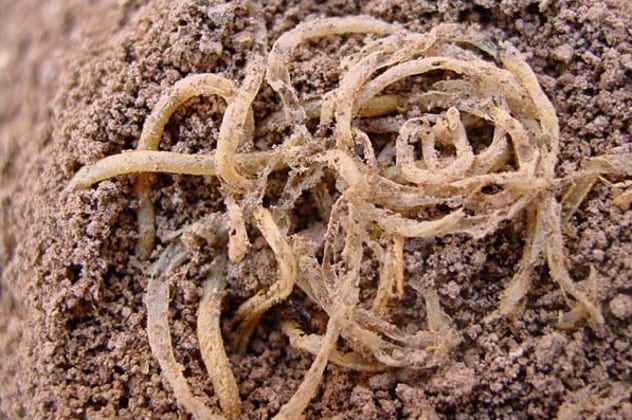 The origin of noodles has been highly debated. Some say they’re a Chinese invention, but others contend Italian or even Arabic roots. Before 2005, the earliest known noodles belonged to the East Han Dynasty circa AD 25–220, but a much older find suggested that the noodle’s birthplace does indeed lie in China.

Archaeologists at the Lajia site on the Yellow River recovered a 4,000-year-old bowl of noodles, fortuitously (for science and noodle history purposes) preserved by a catastrophic flood. The pot contained a bunch of 50-centimeter-long (20 in) yellow strands which, unlike modern variants made of flour, were made of grains from millet grass.[3]

7 Wine Is From Europe, But Not Italy 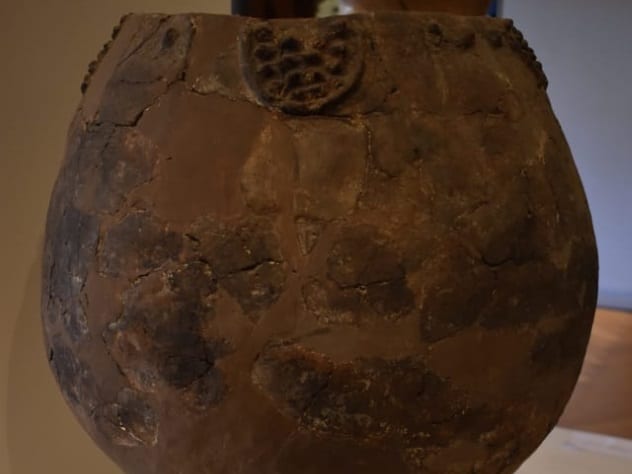 The world of 8,000 years ago was in the process of awakening from an ice age. And as temperatures warmed, the Neolithic people of Georgia figured out how to make wine. It might be the oldest wine-wine in the world, because while the Chinese did brew alcoholic grape-based drinks 1,000 years prior, it wasn’t a pure grape wine. But the Georgian stock, dated between 6000 and 5800 BC, is like the stuff enjoyed today.

And it was an excellent new invention to store in another great recent(ish) invention, jars from the pottery-making trade that began around 9,000 years ago. Unfortunately, the ancient vintners didn’t include tree resin, a known preservative that started showing up in wines several hundred years later.[4]

6 People Made Bread Way Before Agriculture 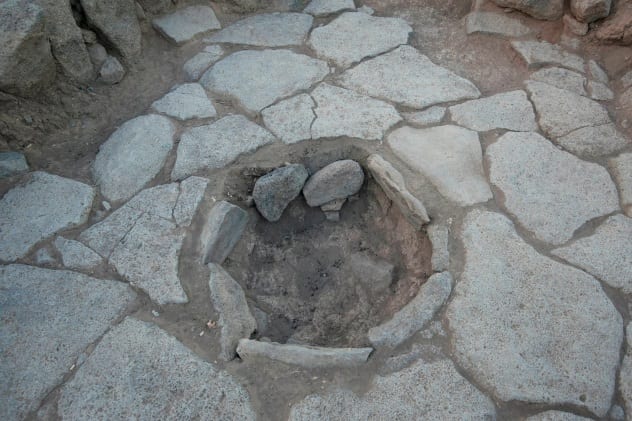 A bunch of unassuming black specks, just a few millimeters across, from a Natufian hunter-gatherer camp in Jordan have revealed themselves as the world’s oldest bread.

They predate the second-oldest bread, as well as the Agricultural Revolution itself, by several millennia. The tiny, charred remains are the equivalent of the crisped bread residue on the bottom of your toaster. Only they’re 14,000 years old. Or about 4,000 years older than Levantine agriculture.

The Black Desert-roaming Natufians foraged for wild grains, tubers, and cereals like barley, wheat, oats, and einkorn. They turned these ingredients into unleavened flatbreads, cooked on stones or ashes.[5] But it was a long, tedious process, so bread was probably reserved for feasts and events. 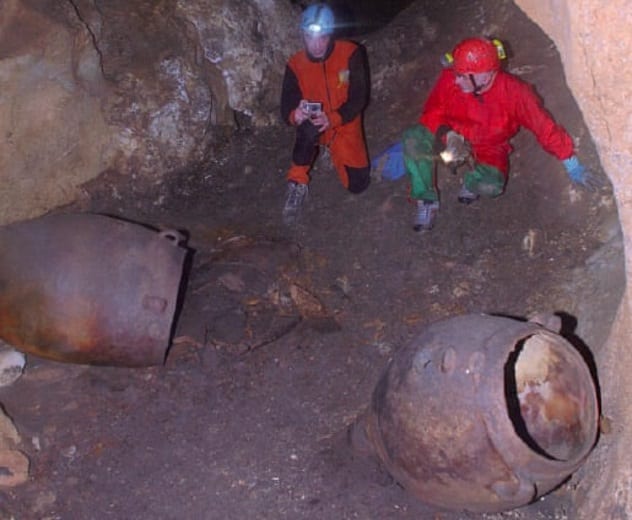 Italian wine was thought to have come about around 1200 BC, possibly as a tasty result of Greek colonization. But some late-Copper Age terra-cotta jars from a Sicilian limestone cave on Monte Kronio push that date all the way back to the fourth millennium BC.

Inside the storage jars, archaeologists found 6,000-year-old tartaric acid, the grapes’ main acid component, as well as its salt, also known as cream of tartar. It’s a result of fermentation and a sign of winemaking. This direct evidence trumps many previous ancient, potentially vinous discoveries, which involved only the circumstantial evidence that lots of grapes were being grown.[6]

4 The First People To Use Chocolate (Were Not Central American) 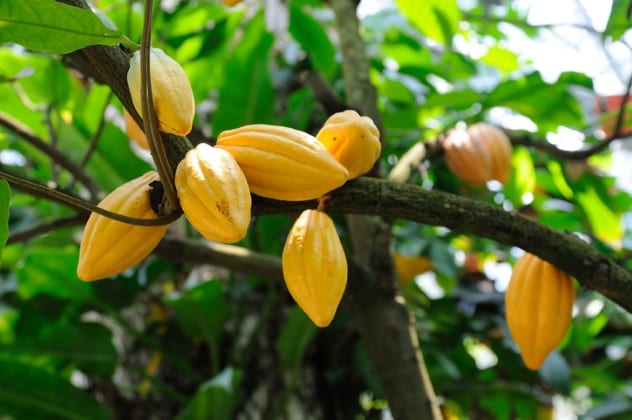 The Central American Olmec and Aztec civilizations “invented chocolate” when they made spicy, bitter cacao-based beverages as early as 1900 BC.

Or so scientists thought, but some newly publicized 5,300-year-old pottery moves cocoa’s birthplace to Ecuador. It’s here that the first Theobroma cacao trees graced planet Earth and here that humans exploited their seeds for culinary and ceremonial purposes.

The discovery was chanced upon when researchers noted that vessels from the Amazon-dwelling Mayo-Chinchipe people looked suspiciously like Maya cocoa pots and then looked inside and realized that they were also used to store cocoa.[7] These vessels were found both in homes and in tombs, so cocoa was utilized as a ritualistic offering for the dead as well as a powdered foodstuff, possibly to make a hot cacao drink.

3 Bone Marrow Made Us Who We Are 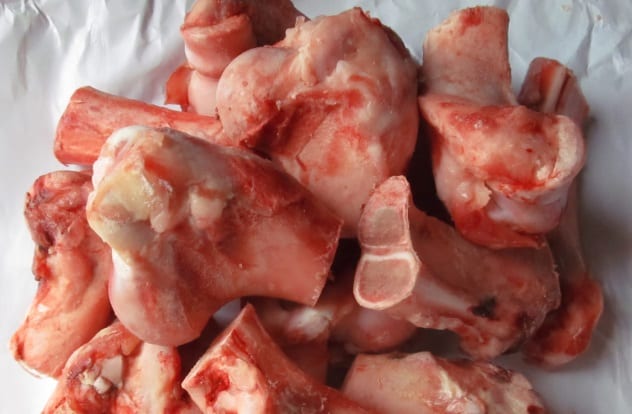 Most people regard bone marrow as garbage food, like offal. But this unjustly vilified food source helped humanity to the top of the food chain.

Our early Homo ancestors pried it from the bones of animals at least two million years ago. Homo habilis et al. used “Oldowan tools,” made by bashing rocks together to produce a sharp edge, to get at the prized marrow.[8] The brain-boosting fats and protein therein helped early humans grow larger brains, with the capacity to craft better tools and eventually the Large Hadron Collider.

It’s also possible that the practice of extracting marrow helped human hands differentiate from ape hands because the forces and dexterity required to crack bones added an extra evolutionary variable. 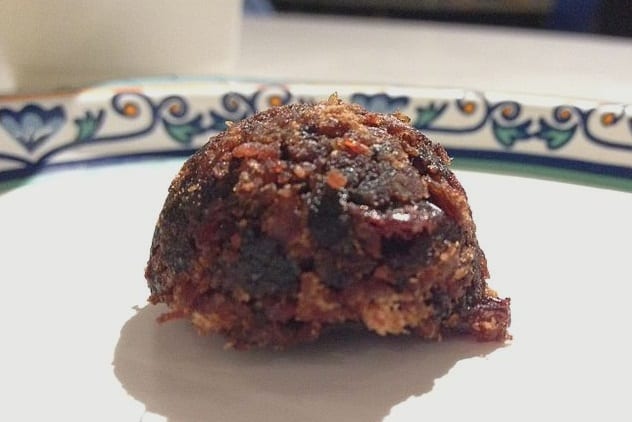 Native Americans ate a type of beef jerky-like thing called pemmican and devoted camps to its production, like a pemmican factory discovered at a bison-hunting site in Montana that was inhabited in the pre-European days circa 1410–1650. The site, Kutoyis, is composed of more than 3,500 stone features and served as a bison-processing center in the pre-European conquest centuries.

Making pemmican was a labor-intensive process that first involved cutting the meat into strips, drying it, and then smashing it into tiny pieces with stones.[9] For consistency and a caloric boost, it was mixed with fat, acquired by breaking the bones into fragments, boiling them, then skimming off the bone grease floating to the top. The result was a calorically dense, portable foodstuff that didn’t quickly spoil. 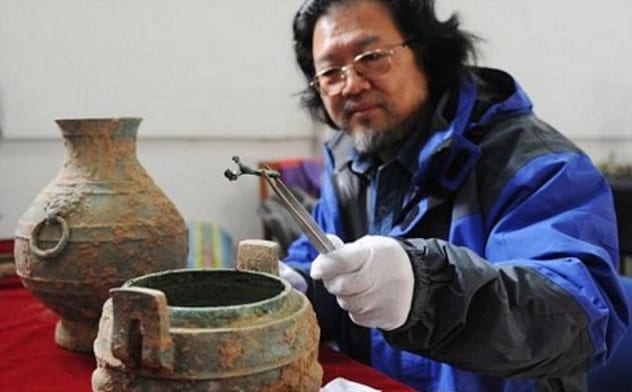 Dog has been on the menu for thousands of years in some cultures. And in an ancient Chinese tomb discovered in 2010, dog meat accompanied the departed to the underworld.

The tomb in Xian in Shaanxi province held a 20-centimeter-tall (8 in), 2,400-year-old sealed cooking vessel made of bronze. Inside, researchers found remnants of ancient bone soup, though oxidation had turned the contents and the container green and mysterious.

Analysis revealed 37 bones belonging to a male dog, younger than one year in age. Along with the puppy soup, an airtight bronze container held wine. It’s pretty luxurious for a death offering, suggesting that the deceased was a landowner or important military officer.[10]

Ivan writes about things for the internet. You can contact him at [email protected].

Read more about the histories of foods on 10 Origins Of Common Foods and 10 Common Misconceptions About Food Origins.