I’m probably in danger of being type-cast as the bug guy, but as I’ve done other topics as well, perhaps I’m safe. In any event, the “talking points about spiders” comments seemed to indicate an interest in these sorts of list.

First, let’s review some basic Cockroach facts: They are all members of the order Blattaria and consist of five families. Entomologists, those who study these things, report that there are about 4,000 species of cockroaches. According to the World Health Organization, ten are considered pest species. For insects, cockroaches can be rather large and hefty creatures. While most are small, the Australian Giant Burrowing Cockroach or Rhino Roach can exceed 80mm (3+ inches) and weigh 35 grams, and have been reported as large as 50 g. Like many other insects, the female needs to mate but once and will use the sperm for a lifetime of fertilized eggs. Here are a few more common facts: they can live for a month or more without food, yet only about 1 week without water. Though they are nocturnal, they are not afraid of the light – they run from light because they are afraid of us. Cockroaches can live just about everywhere, and in just about all conditions.

As before, I’m calling this list ‘talking points’, though it may not be a good idea to show off this knowledge at a dinner party. Chances are that you’ll be looked at rather strangely. Also, as these are in no particular order, I’m counting up. 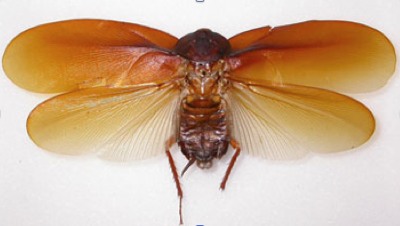 Somehow, I suspect that the only thing worse than roaches on the floor (or bed) are roaches flying around the room! While not all Blattaria can fly, as evidenced in the above picture, the ‘Megaloblatta longipennis’ spreads her wings at an impressive 185 Millimeters. This cutie lives in Central and South America. 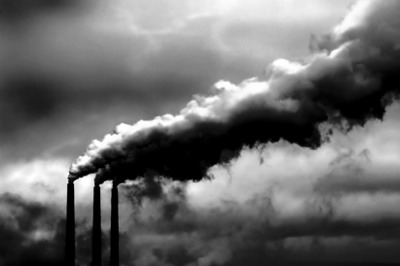 Studies have shown that cockroaches break wind on the average of every 15 minutes. Even after death they will continue to release methane for up to 18 hours. In a global scale, insect flatulence is estimated to account for 20% of all methane emissions. This puts the cockroach as one of the biggest contributors to Global Warming. My research indicates that the other major contributors due to gastronomical acoustics are termites and cows.

3
Dead On Its Back 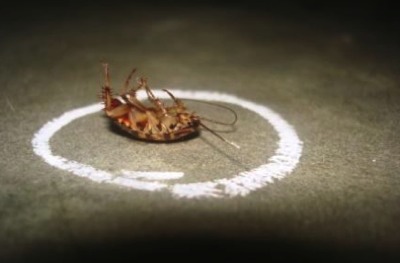 A wild cockroach dies, for the most part, in the stomach of the bird or other small animal that relies on it for food. In our homes, however, many may die from simply being unable to right itself after falling. In the wild, where there are leaves and wooded debris, the cockroach has something to grab on to, whereas in our homes, with our smooth floors, the poor creature may find itself stranded. In addition, some insecticides work by causing muscular spasms and a general lack of muscular coordination, which may result in the victim flipping on its back. Without the ability to control its muscles the cockroach dies upside down. 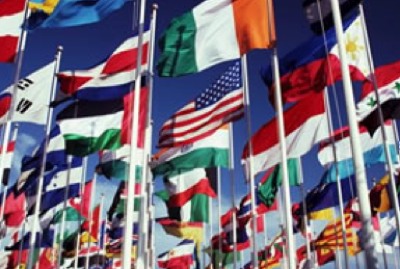 The name ‘cockroach’ is believed to come from the Spanish cucaracha, with a first noted use in English of cacarootch in 1624. As befitting an international insect, its name spans the continents. A sampling of translations: 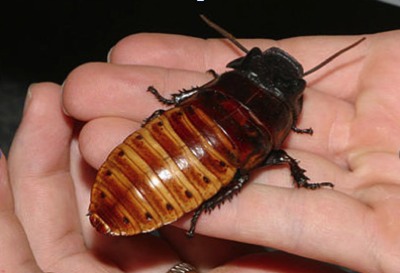 The famous Madagascar Hissing Cockroach is believed to be the only insect that uses its air passageways to make a sound. Most other insects produce their sound by rubbing various body parts together (note: some beetles force air though their protective plates, but this does not involve a breathing air passageway). Hissers make two distinct sounds, one when they are bothered and another when the males are facing off. Because they are large (approaching 5-8 CM) and wingless, they are often used in movies. These make popular pets and I can speak from experience (we had a tank in the office a few years ago) that that are interesting critters. Visit the live roach cam here. 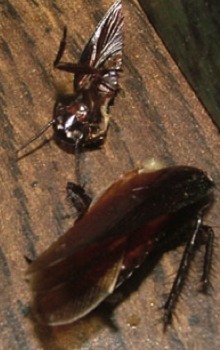 It true, cockroaches do not need a head to survive. By comparison, and from a purely biological point of view, we humans use our heads for three functions: (a) we breathe through our nose and mouth, and that breathing is controlled by our brain (though we could use a respirator). (b) The loss of our head would cause extreme blood loss which, in turn, would cause insufficient blood pressure – required to transport oxygen and nutrients to our bodies. And (c) we eat with our mouths, and would starve rather quickly. Contrast this with the cockroach: (a) it breaths through spiracles all over its body. The brain does not control this function. (b) Insects do not have mammalian blood pressure, and would not ‘bleed out’. And (c) as a cold blooded animal a single meal can, if the temperature is cool enough, last a whole month. Other than the danger of infection, a headless cockroach can, in fact, survive for quite some time. 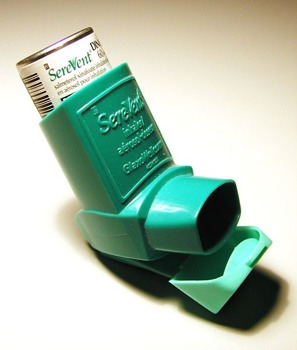 Cockroach allergy was first reported and confirmed about 50 years ago. It is real and can be very dangerous. Cockroach allergens are the excrement and debris from decomposing cockroach bodies that become airborne and breathed into the bronchial tubes. Sensitivity to this dust triggers the bronchial allergic reaction known as asthma. Scientists believe that recent increases in the number of cases are due to many urban children remaining indoors for play and thus being in constant contact with allergens. Some research has indicated that each urban home has as from 900 to 330,000 insects. Studies have also revealed that the prevalence of asthma in the African-American community has more to do with domicile and not genetics. Unlike seasonal allergies, Cockroach induced asthma persists throughout the year. It can only be diagnosed using skin or scratch testing. 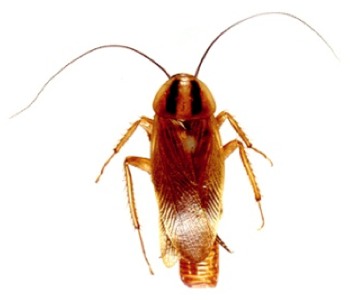 The common German Cockroach (Blatella germanica) is a cousin of the large flyer in Item #1. It is probably the most abundant pest cockroach. The life cycle is about 100 days and they live about 6 months. In the picture above, you can see the ootheca (protruding egg case), which contains about 30-40 eggs. A female can produce 6 or 8 cases in her six months of life. That works out to 180 – 320 offspring. If only 10 of her children become breeding females (and that is a very low estimate – the number is more like 100) there can be thousands of crawly things in just a few months. 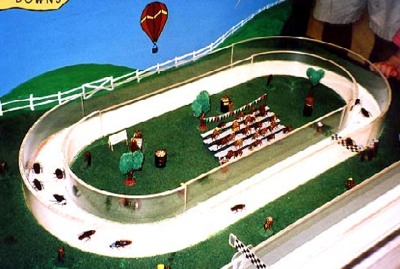 Research shows that the fastest recorded speed of an American Cockroach is approaching 2.0 miles per hour (75 Centimeters per second). Of course, it is not going to out race a large animal, but as a relation to its body size it’s rather fast. In size relative terms, a roach about the size of a cheetah would move at about 50 MPH – only slightly slower than that majestic hunter. A part of their speed is attributed to the excellent ‘communication’ from eyes and antennae to their legs. 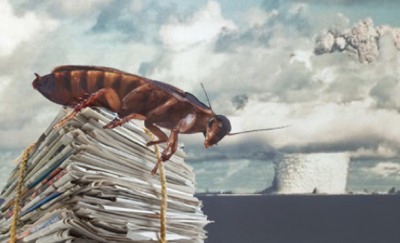 There is persistent talk that the cockroach would be the only survivor of a nuclear bomb. While I have been unable to find any clear scientific evidence of this being studied, there is some logical evidence as to why this may be true, though not exclusively for cockroaches. Living cells are sensitive to killing radiation primarily while they are dividing (hence the effectiveness of radiation on cancer cells). A cockroach’s cells divide only during their molting cycle, about once per week. They are therefore ‘radiation sensitive’ for only about 48 hours, or about 1/4 of the week. Humans, among most other animals, have blood and immune stem-cell that are constantly dividing. Given the killing radiation of a nuclear bomb, all humans would die, but only 1/4 of the cockroaches, leaving quite a nice size population. Interestingly, Mythbusters did a test on this very concept and cockroaches can survive ten times the quantity of radiation required to kill humans – but the flour beetle beat us all by surviving 100 times the lethal human dose. No cockroaches survived at that level.