There can be no denying it – the unsolved mysteries lists are amongst the most popular on the site. Fortunately for us there are still millions of them to write about. The only problem now is finding new titles for the lists! For those that may be interested in the previous lists of mysteries, here they are:

This list now brings our total number of mystery lists to 8, meaning that we have covered 80 amazing mysteries. Enjoy the list and – as always, be sure to tell us your own favorites in the comments (but remember: check the older lists if you think we have missed something – chances are we haven’t.) 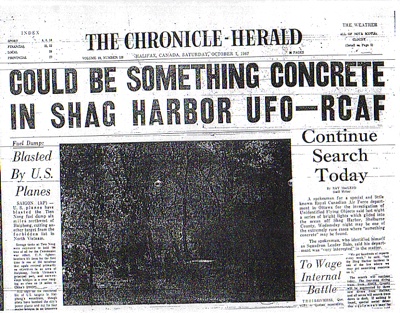 The Shag Harbour UFO Incident was the documented impact of an unknown large object into Shag Harbour, Nova Scotia, in October 1967. The crash was investigated by various Canadian government agencies, and at least one underwater search was launched to recover remains of the object. The Canadian government declared that no known aircraft was involved and the source of the crash remains unknown to this day. It is one of very few cases where governmental agency documents have formally declared an unidentified flying object was involved. The case was also briefly investigated by the U.S. Condon Committee UFO study, which offered no explanation. 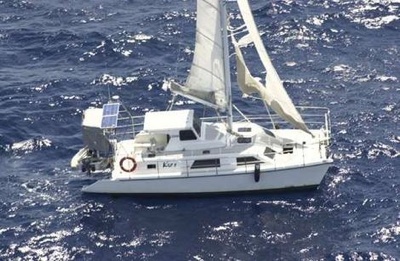 In 2007, the 12-metre catamaran, the Kaz II, was discovered unmanned off the coast of Queensland, northeast Australia in April. The yacht, which had left Airlie Beach on Sunday 15 April, was spotted about 80 nautical miles (150 km) off Townsville, near the outer Great Barrier Reef on the following Wednesday. When boarded on Friday, the engine was running, a laptop was running, the radio and GPS were working and a meal was set to eat, but the three-man crew were not on board. All the sails were up but one was badly shredded, while three life jackets and survival equipment, including an emergency beacon, were found on board. Investigators recovered a video recording that showed footage taken by the crew shortly before their disappearance. The footage showed nothing abnormal. 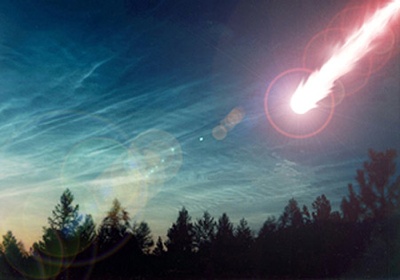 The Cando event was an explosion that occurred in the village of Cando, Spain, in the morning of January 18, 1994. There were no casualties in this incident, which has been described as being like a small Tunguska event. Witnesses claim to have seen a fireball in the sky lasting for almost one minute. A possible explosion site was established when a local resident called the University of Santiago de Compostela to report an unknown gouge in a hillside close to the village. Up to 200 m³ of terrain was missing and trees were found displaced 100 m down the hill. The mystery became fertile ground for conspiracy theories that point to military or “alien activities”. 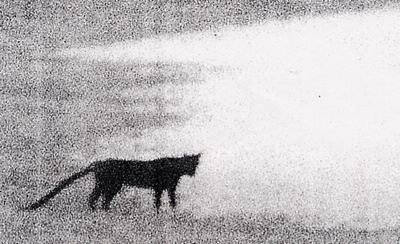 From the 1960s on, a mysterious black cat resembling a puma has been seen in and around south western Surrey in England. It was seen a number of times by locals and also by government officials. In 1963 a sighting by a policeman sparked further interest in the subject and one year later an ox was found mutilated by a large creature. Over 300 reports of the black cat were received by the police in one year alone. Speculation and interest dwindled again until another policeman caught the cat on film in the same year as a massive paw print was discovered. 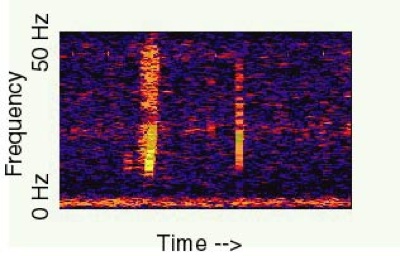 The Bloop is the name given to an ultra-low frequency underwater sound detected by the U.S. National Oceanic and Atmospheric Administration several times during the summer of 1997. The source of the sound remains unknown. According to the NOAA description, it “rises rapidly in frequency over about one minute and was of sufficient amplitude to be heard on multiple sensors, at a range of over 5,000 km.” According to scientists who have studied the phenomenon it matches the audio profile of a living creature but there is no known animal that could have produced the sound. If the sound did come from an animal, it would reportedly have to be several times the size of the largest known animal on Earth. You can listen to the bloop here. 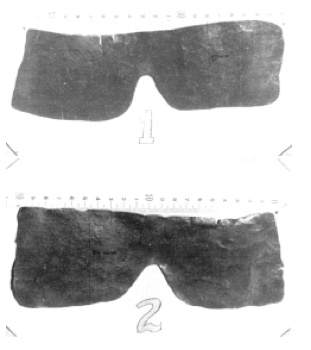 The Lead Masks Case refers to the discovery of the bodies of two electronic technicians in Brazil in 1966. The bodies were found in a field wearing impermeable coats and lead masks (usually used to protect against radiation – pictured above). Even stranger was the discovery of a small notebook beside the bodies with signs and numbers, and a letter in which was written: “16:30 be at the agreed place. 18:30 swallow capsules, after effect protect metals wait for the mask sign”. A waitress who was the last to see them alive said that one of them looked very nervous and kept glancing at his watch. There were no obvious injuries on the bodies. Gracinda Barbosa Cortino de Souza and her children, who lived next to the hill where the men died, claimed that they had seen a UFO flying over the spot at the exact moment the detectives believed the two men must have died. 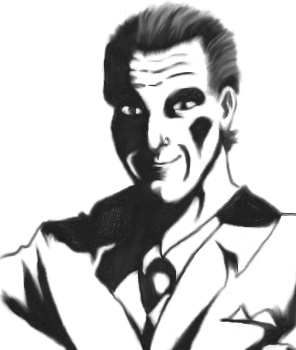 The Grinning Man is a mysterious man who has been sighted during heightened UFO encounters as well as during the 1960s Mothman sightings. Two young eyewitnesses said he turned and looked at them with a permanent grin on his face. According to the men who interviewed the boys: “[t]he man was over six feet tall, they agreed, and was dressed in a sparkling green coverall costume that shimmered and seemed to reflect the street lights. There was a wide black belt around his waist.” The boys also said “He had a very dark complexion, and little round eyes…real beady…set far apart.” The most frightening and bizarre aspect of the encounter is the fact that “They could not remember seeing any hair, ears, or nose on this figure.” During the Mothman sightings, the grinning man is said to have telepathically told a witness that his name was “Indrid Cold”. 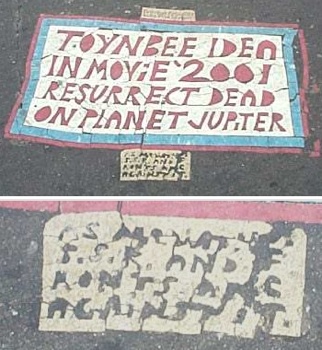 The Toynbee tiles are messages of mysterious origin found embedded in asphalt in about two dozen major cities in the United States and three South American capitals. Since the 1980s, several hundred tiles have been discovered. They are generally about the size of an American license plate, but sometimes considerably larger. They contain some variation on the following inscription:

The majority of tiles contain text similar to that above, although a second set is often found nearby. Several of these allude to a mass conspiracy between the press (including newspaper magnate John S. Knight of Knight-Ridder), the U.S. government, the USSR (even in tiles seemingly made years after the Soviet Union’s dissolution), and Jews. The writing is of a similar style and poor quality. A tile that used to be located in Santiago de Chile mentions a street address in Philadelphia, Pennsylvania: 2624 S. 7th Philadelphia, PA. The current occupants of the house know nothing about the tiles and are annoyed by people who ask. 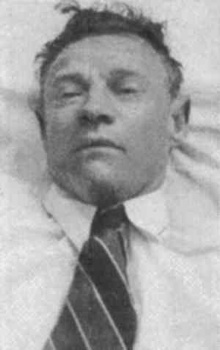 In 1948 the body of a man was found on Somerton beach in Adelaide, Australia. The man was never identified. Police found a suitcase which they believed was his containing clothing in which all but three items had their name tags removed. The name on the remaining items pointed them to a man who was later identified as not being the dead man. A small note in the man’s pocket said “taman shud” which is the last line of the Rubaiyat of Omar Khayyam. It had been cut from a book. A doctor seeing the note on the TV contacted police to say that the book had appeared in the backseat of his unlocked car. It was the copy that had had the note removed. In the back of the book were coded markings which have not been able to be deciphered as yet:

A name in the front of the book led police to a woman who said she had given it to a man named Boxall during the Second World War. Upon seeing a plaster cast of the dead man she identified him as Boxall. This appeared to solve the mystery of who the man was, until Boxall was discovered alive with his copy of the book undamaged. Coincidentally the woman who identified the man lived in Glenelg – the last town visited by the dead man before he travelled by bus to his final destination. The woman asked police not to record her name as she was married and wanted to avoid scandal – they foolishly complied and her identity is now also unknown. This is considered to be one of Australia’s most profound mysteries. Wikipedia has extensive information on this fascinating case here. 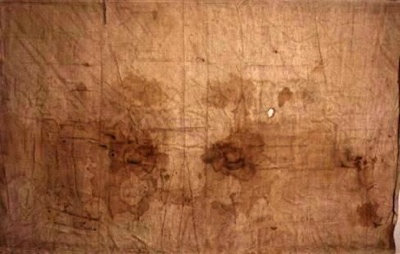 The Sudarium of Oviedo (kept in the Cathedral of San Salvador, Oviedo, Spain) is said to be the cloth that was wrapped around the head of Jesus after his crucifixion. Like the Shroud of Turin, it bears markings consistent with the manner of death and other evidence supports the fact that it was, at some point, on the same body as the shroud. Carbon dating has given two different results (7th century and 14th century) but, again like the shroud, the areas tested were most likely from repairs from the middle ages. In support of a more ancient date are pollen grains which date from the 1st century in the Middle East. The blood stains on both the shroud and the sudarium are the same, and the materials of the cloths are identical. The majority of the stains on the sudarium match the head region of the shroud. The Sudarium is believed to be the cloth mentioned in the Bible:

Visitors to Oviedo can see the Sudarium on display every year on Good Friday, the Feast of the Triumph of the Cross (14 September), and its octave (21 September).