Death can be painful enough to deal with on its own, but a murder can compound the suffering for the family. For some, years and years without answers guarantees that the wounds caused by this hardship never heal.

Sometimes, detective work is a waiting game—for breakthroughs in technology or that one witness to come forward who can crack the case wide open. Unfortunately for these 10 people, life was cut short and their families were left with questions that went unanswered for years. 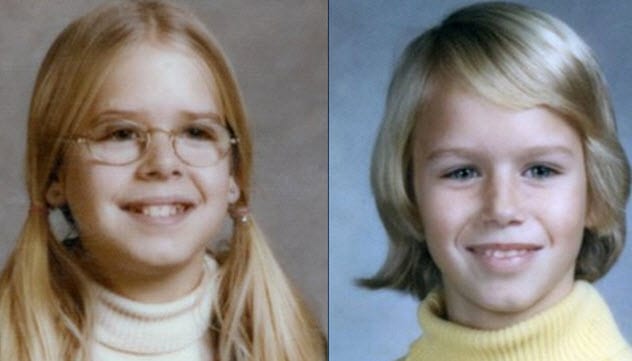 The year was 1975. Sheila and Katherine Lyon were supposed to meet friends for a day of fun in a shopping mall in Maryland. But they disappeared and were never seen alive by their loved ones again.

After over 40 years without answers, a pair of cold case detectives decided to look at the investigation with fresh eyes. They examined the case as if it had just been called in and pored over case records. One account stood out from a man named Lloyd Welch. He had claimed to have seen the girls when they were being abducted. After failing a polygraph, he was deemed to be an unreliable witness.

After eight hours of interrogation, Welch’s story changed multiple times. He did not admit to killing the girls. Instead, he said that he had participated in the abduction and had been a witness to the dismemberment of one girl. Welch also stated that the bodies of both sisters had been taken to the land owned by his family in Bedford County and burned.[1]

He blamed the killings on his father and an uncle, but there was never any evidence to substantiate those claims. Lloyd Welch pleaded guilty to the deaths of the Lyon sisters and two other sex crimes involving children. 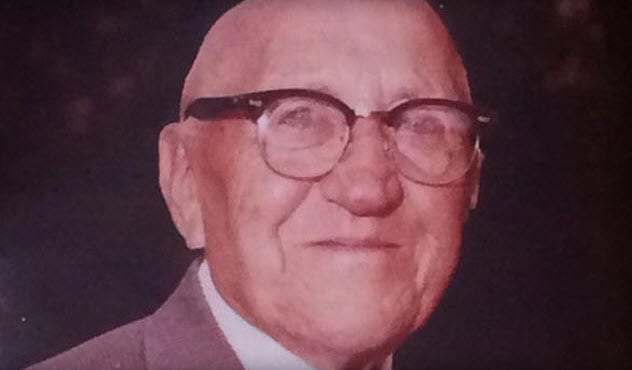 In 1983, 92-year-old Edmund Schreiber was living alone in his home in Buffalo. During World War I, Edmund had been shot in both thighs and received a Purple Heart for his service. In an ideal world, he would have been able to live out his twilight years peacefully. But unfortunately, that’s not what happened.

A young woman named Saundra Adams lived on his street and ran errands for the elderly man. At 17, she and an accomplice broke into Schreiber’s home. They tied him up, and Adams strangled him with several of his neckties. They robbed him and left his body on his bed where he was discovered later by friends.[2]

It took more than 30 years for Adams to be brought to justice. By then, her accomplice was dead. Meanwhile, Adams was working as a librarian and had two kids of her own. In 2016, DNA evidence from Schreiber’s murder was tied to Adams. She pleaded guilty to a reduced charge of first-degree manslaughter and was sentenced to 7–21 years in prison. 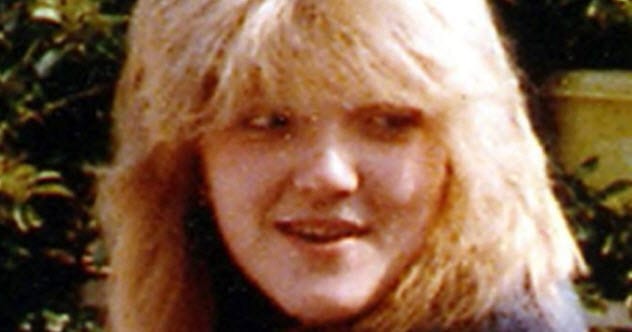 In 1984, Melanie Road was just 17 when she was found stabbed to death one early morning in Bath, Somerset. At the time, detectives had no real leads and forensics was not as solid as it is today. Nonetheless, they took swabs of every drop of blood as well as the semen that was found inside Melanie’s body and on her clothes.

Decades passed, but the detectives never gave up. In the 1990s, the DNA profile of the killer was extracted from semen samples and put into the national DNA database. There was no match at the time.

However, in 2014, a woman who had gotten into a domestic dispute with her partner had her DNA put into the system. In 2015, the familial DNA testing for Melanie’s murder was rerun and it was a match to the woman. Police looked at the woman’s father, Christopher Hampton, and he agreed to have his mouth swabbed.

His DNA was a match. Hampton was arrested, and in 2016, he was sentenced to life in prison.[3] 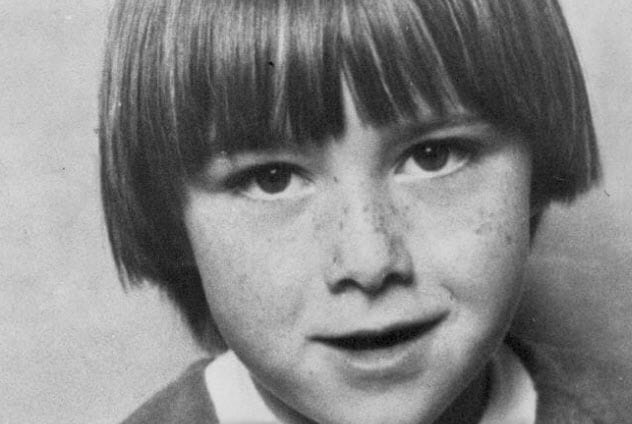 A young Australian girl named Kylie Maybury had been sent out by her mother to buy sugar, but she never returned home. The six-year-old’s body was discovered the next day abandoned in a gutter. She had been raped and murdered.

Thirty-three years passed, and suspects were investigated. But none panned out. Until the police decided to reinterview a man named Gregory Keith Davies. He was a suspect early in the case, but no evidence was found to prove his guilt.

During his reinterview, however, he agreed to have a DNA sample taken. His DNA was a match for that found on Kylie’s body. Davies was charged and later pleaded guilty.[4] 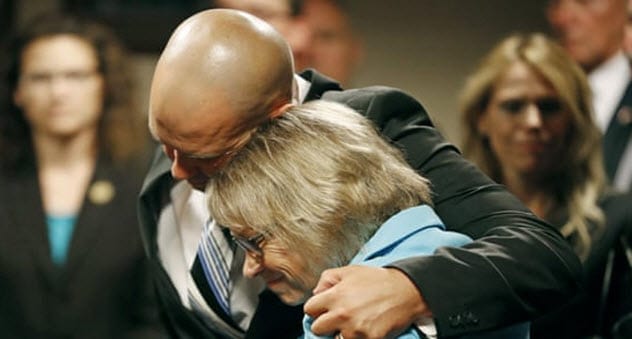 Jacob Wetterling was kidnapped by a masked gunman while riding bikes with his brother and a friend in October 1989. Decades passed with no trace of Jacob or any clue about what had happened to him—until the 25th anniversary of Jacob’s abduction. Then police decided to further investigate an early suspect named Danny Heinrich.

Heinrich had been questioned previously in connection with Jacob’s disappearance, but they could never pin anything on him. Luckily, that changed with updates in forensic technology. Police matched sweat samples from a boy who was sexually assaulted to Heinrich. Police then used this evidence to get a search warrant for Heinrich’s home, where child pornography was found.[5] 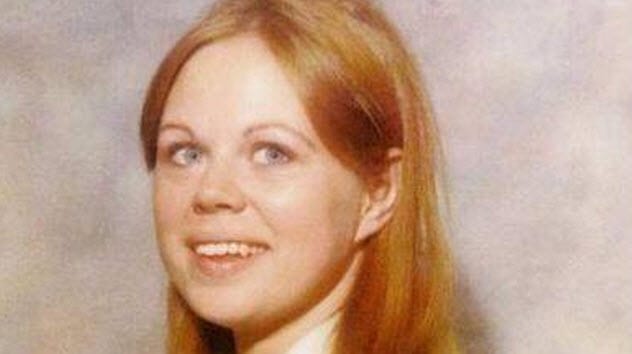 Truly one of the most bizarre cold cases was the death of Marlene Warren. She opened her door one day in 1990 to see a clown holding several balloons and a bundle of flowers. As Marlene went to take the gifts, she was shot in the face.

It was discovered early in the investigation that Sheila and Michael were having an affair.[6] Over the years, police compiled circumstantial evidence against her. But they never had enough to charge her until new technology allowed them to retest DNA from the crime scene. Sheila Keen Warren was arrested and charged with first-degree murder. 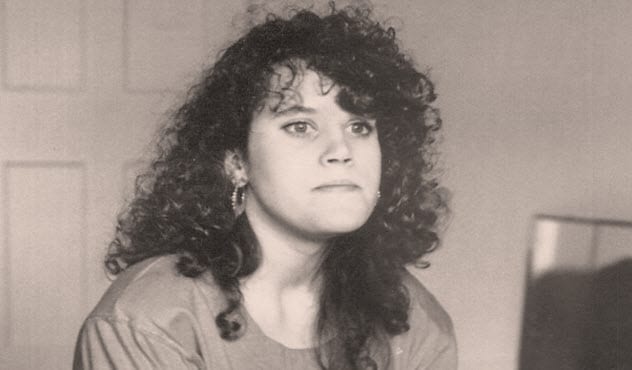 Lisa Ziegert was working as a teacher’s aide during the day and at a gift shop at night in spring 1992. One night, Lisa seemingly vanished from the gift shop. When her body was found days later, it was determined that she had been raped and stabbed to death.

In the days leading up to her disappearance, Lisa had told her friends and family that she felt like she was being watched. The community of Springfield, Massachusetts, was devastated by her loss.

After 25 years, police had gone through multiple means of investigating. But none had been fruitful until a breakthrough in forensics technology allowed a male DNA profile to be built using evidence from the crime scene. Using this tech, they were able to predict what the perpetrator might look like and compare that to the suspects.

One man stood out: Gary E. Schara. In late 2017, he was arrested in connection with Lisa Ziegert’s killing.[7] 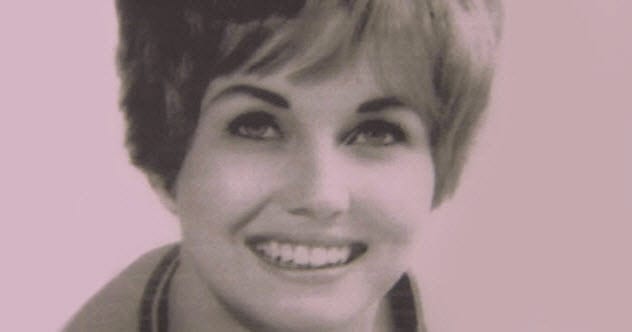 After more than 40 years, the Klaas family can finally put to bed the mystery of what happened to Karen Sue Klaas in 1976. After dropping her son off at school, Karen was attacked, tied up, raped, and strangled nearly to death. When Karen was discovered, she was barely clinging to life. After five days in a coma, she finally passed away.

Kenneth Eugene Troyer was the initial suspect and considered the most likely perpetrator as he was believed to have committed two other sexual assaults in Karen’s neighborhood. Troyer was killed when the Santa Ana police shot him to death while he was on the run after a prison break.

It looked as though Karen’s loved ones would never have a satisfying answer about what had happened to her. Then came the breakthrough of testing familial DNA.[8]

One of Troyer’s relatives was incarcerated, and that person’s DNA profile was put into the police database. It was a partial match to the DNA found on Karen’s body. Now her family can finally close the book on one of the most tragic moments in their lives. 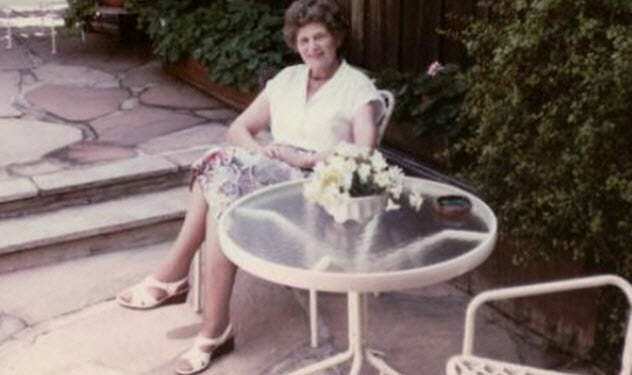 On February 29, 1992, the daughter of Angela Kleinsorge knew something was amiss when her mother didn’t answer the phone for their daily phone call. Concerned, Hedy Kleinsorge drove to her mom’s house and discovered a grisly scene. The 84-year-old was on the floor of her bedroom. She had been sexually assaulted and stabbed multiple times in the neck.

It took 25 years for police to figure out who did this to Angela. Using the newly implemented forensics tool of familial DNA testing, they found a partial match in a convict. The police investigated the brothers of the convict. DNA was taken from one, and he was innocent.[9]

The other brother had been dead for years. They had the coroner send samples, and the DNA was tested. It was a match for the DNA found on Angela Kleinsorge’s body. The man, Jeffrey Falls, had been a neighbor of Angela’s who lived across the street from her. He had died in a motorcycle accident in 2006. 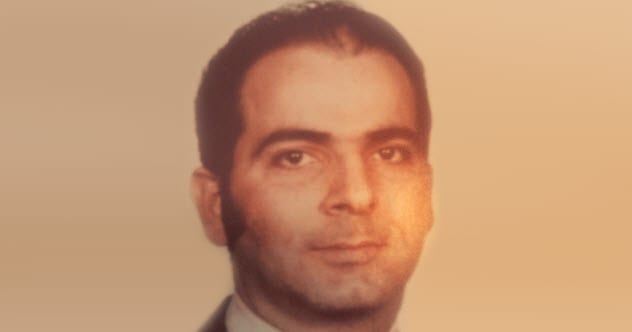 Freddie Farah was a father of four and worked at a grocery store that he owned. On May 22, 1974, a man walked into the store, brought some items over to the counter for checkout, pulled a gun, and demanded money. Freddie was startled and swiped at the gun. The gunman shot Freddie, causing the wounds from which he would later die.

After 43 years, the case was finally solved with the arrest of Johnie Lewis Miller. He had been working as a street performer in New Orleans for the previous 20 years. He was just 17 years old when he murdered Freddie Farah.

Miller had left fingerprints on the counter. Due to improvements in the Automated Fingerprint Identification System, he was positively identified as the killer and arrested.[10]