Previously we have published a list of people who died young, but it was not focused on musicians. Furthermore, when writing music lists it is all too easy to overlook jazz in favor of pop. This list corrects both omissions. In this list we look at ten great Jazz musicians who died before their time. Be sure to add your own favorites to the comments. 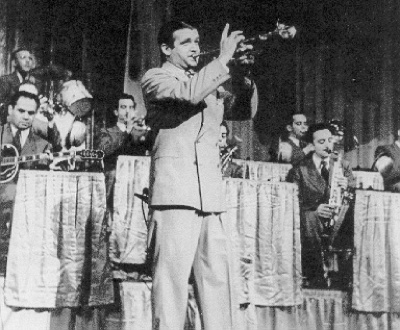 Bunny Berigan of Hilbert, Wisconsin, was an influential swing trumpeter, and played with Hal Kemp, Paul Whiteman, Benny Goodman, and Tommy Dorsey. His version of “I Can’t Get Started” was inducted into the Grammy Hall of Fame in 1975, and his tone is a blend of Louis Armstrong and cool swing. His severe alcoholism led to pneumonia and cirrhosis of the liver, yet he refused doctor’s orders to rest and quit drinking. He suffered a massive liver hemorrhage and died two days later in a hospital in New York City. 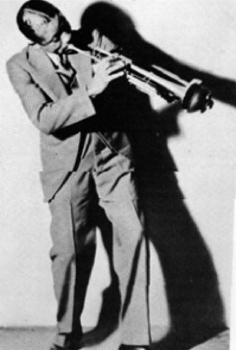 Bubber Miley of Aiken, South Carolina, was a brilliant innovator of the use of the plunger mute, derby, and straight mute, and popularized the signature “wah wah” sound for the trumpet. He joined Duke Ellington, and was highly instrumental in Ellington’s early success at The Cotton Club in Harlem, until Duke was forced to fire him for his unreliability. He battled alcoholism, and died from tuberculosis after a month in a New York hospital. 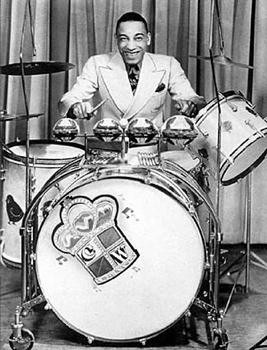 Chick Webb of Baltimore, Maryland, was an innovative bandleader at the inception of hot swing in the late 30’s. His band was the house band at the famous Savoy Ballroom in Harlem, and he always managed to “beat” other swing bands in head-to-head battles at the Savoy. He discovered vocalist Ella Fitzgerald, and was a major influence of drummer Buddy Rich. He suffered from spinal tuberculosis since childhood, and complications eventually wore him down in 1939. 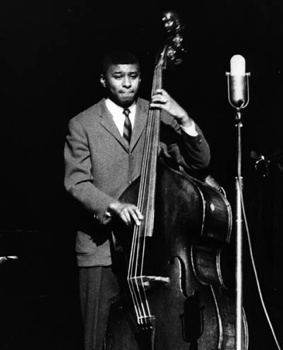 Paul Chambers of Pittsburgh, Pennsylvania, transformed the bass from outlining simple triads to playing intricate melodies based on chord extensions and medieval modes. He toured with several minor bandleaders until he was discovered by Miles Davis, and it is his duet with pianist Bill Evans that opens “So What,” the signature song of Miles Davis’ album “Kind of Blue.” Additionally, the hard-driving C minor blues standard “Mr. P.C.” on John Coltrane’s “Giant Steps” album was composed in honor of Paul Chambers. He suffered from alcoholism, heroin addiction, and tuberculosis, and died from complications after a short illness in 1969. 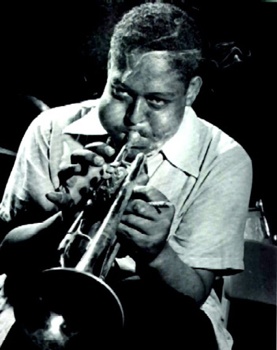 Theodore “Fats” Navarro of Key West, Florida, was one of the early pioneers of bebop, and the main trumpet influence of Clifford Brown. He played with a few big bands, such as Benny Goodman and Lionel Hampton, but he made his true fame from his brilliant small combo work with Charles Mingus, Coleman Hawkins, and Charlie Parker. He was the main rival of Dizzy Gillespie on bebop trumpet, and they both played with the distinctive puffed-out cheeks. He was a heroin addict with tuberculosis, and he died from complications of both in a New York City hospital. 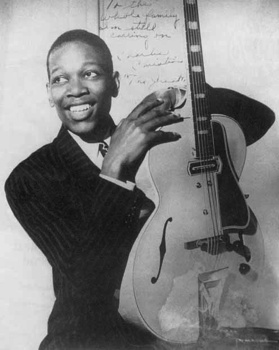 Charlie Christian of Oklahoma City, Oklahoma, was highly influential in transferring the electric guitar from the staccato rhythm swing style of Freddie Green to the more modern bebop and cool jazz styles. He was the guitarist who paved the way for the guitar to be thought of as a solo instrument in addition to a rhythm instrument, and he basically played the guitar as if it were a saxophone. Although not a drug addict, Christian’s hectic lifestyle took a severe toll on his body, already weakened by tuberculosis. He died after a long stay in a hospital on Staten Island after it initially appeared that he was getting better. 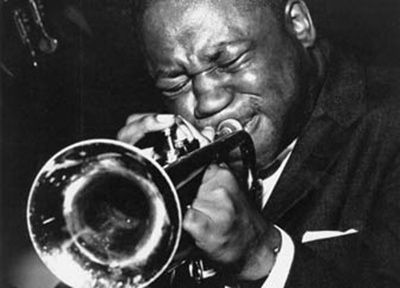 Clifford Brown of Wilmington, Delaware, was a major turning point in the direction of jazz trumpet, and would undoubtedly have redefined the entire instrument had he lived. He and drummer Max Roach were trailblazers in the hard bop style of the early 50’s, and almost all modern trumpeters owe much of their playing styles to the players who immediately followed Clifford Brown, such as Donald Byrd, Freddie Hubbard, and Wynton Marsalis. In addition to his playing style, Clifford was an avid practitioner of clean, healthy living, and he helped break the heroin cycle that claimed so many young jazz musicians. Sadly, he was a passenger in a car that skidded out of control on a rainy turnpike in Pennsylvania, killing all occupants. One of the most widely recognized jazz ballads is the hauntingly beautiful “I Remember Clifford,” by Benny Golson. 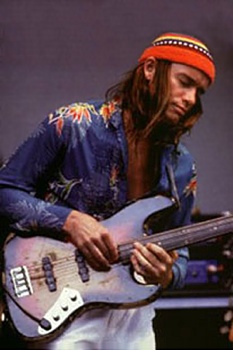 Jaco Pastorius of Fort Lauderdale, Florida, was arguably the most influential bassist in jazz history. He played a rock-fusion style and made the bass into a premier solo instrument. The success of his first solo album in 1976 led to his union with keyboardist Josef Zawinul and Weather Report. He was severely beaten by Luc Havan, a club bouncer in Fort Lauderdale, Florida, and left comatose on the streets for several hours. His family disconnected his life support after 10 days in the hospital, and Havan eventually pled guilty to manslaughter. 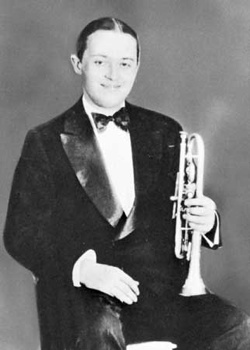 Bix Beiderbecke of Davenport, Iowa, was able to take his Dixieland roots and infuse them with the classical influences of jazz-loving French composers Debussy and Ravel. He helped make jazz more accessible to curious, yet cautious white audiences. He suffered from terrible alcoholism, and finally succumbed to its effects after years of poor health. 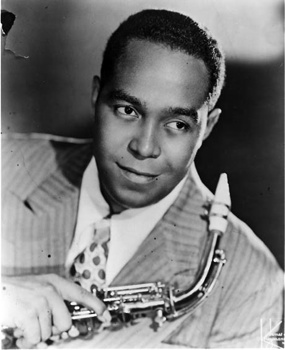 Charlie Parker of Kansas City, Missouri, also known as Yardbird Parker, or more simply “The Bird,” was one of the most influential jazz artists to have lived to any age. He pioneered the jazz style known as bebop, and was a major influence and contemporary of Dizzy Gillespie and Thelonius Monk. He helped redefine the process used by musicians to play improvised solos based on chord extensions and their relationships to similar melodies. Parker was hopelessly addicted to heroin and alcohol, and was in such terrible shape upon his death that the coroner incorrectly guessed he was in his 50’s.