With the current political crisis in Honduras, American (US) foreign policy is looking to soften its historic reputation in the region by largely deferring negotiations to Latin American diplomats. While the Honduran economy relies heavily on remittances sent from the U.S., many are wary of American involvement at the state level. To help explain why, here is a list of ten previous instances of American involvement in Latin America.

Note: This is NOT an endorsement of radical governments that have taken hold in some parts of Latin America whose adherence to democracy is often questionable, but rather a balanced historic perspective to explain anti-U.S. sentiment in the region. 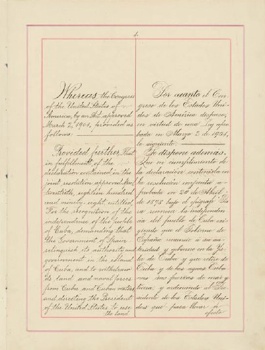 This addition to the Army Appropriations Act, submitted by Senator Orville Pratt (R-Ohio), set the stage for US-Cuban relations in the early 20th Century. Following the war with Spain in 1898, the US maintained a large garrison in Cuba in the interest of creating a self-governing colony subordinate to Washington. The terms of the amendment included 1) restriction of land leasing to any nation but the US, 2) ensuring of US intervention in Cuban affairs and 3) prohibition of negotiating treaties with any power other than the US The amendment also provided the framework for the leasing of Guantanamo Bay to US control, which became an even more divisive issue upon transfer of detainees to the area following the September 11 attacks and subsequent wars. 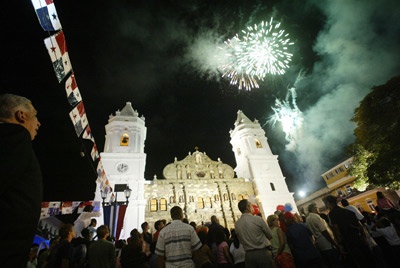 Panama was once a part of Colombia (which was itself part of a country called Great Colombia following independence from Spain). The Colombian government had negotiated with the US to build a canal to bridge the Atlantic and Pacific oceans, but it fell through. A separatist movement in Panama ensued, which the US supported. Following the establishment of the Republic of Panama, French engineering magnate Philip Burnau-Varilla sold his concession to the building rights for the canal to the US government. The US also demanded control of the canal and the six-mile zone around it. The tension culminated in the 1964 riots that killed 22 Panamanians and 4 US soldiers. Control of the Canal was transferred back to Panama in 1999. 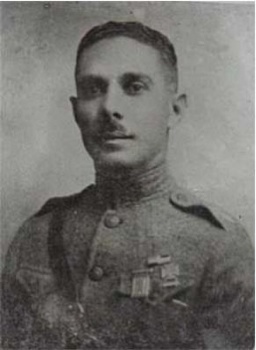 Wanting to protect his Panamanian investment, US President Teddy Roosevelt announced his corollary to the previous Monroe Doctrine, stating that the US could act unilaterally to ward off European intervention in the Caribbean. He obtained the rights to administer Dominican customs its chief source of income. Later, in 1916, the US invaded and established a military government under Admiral Knapp, which was repudiated by Dominicans and was often brutal in its crackdown on dissent. The US occupation would not end until 1922. The US also supported dictator Rafael Trujillo (pictured above) despite his campaign of political assassinations and massacres of Haitians. The Dominican Republic was considered a protectorate of the US until 1941. 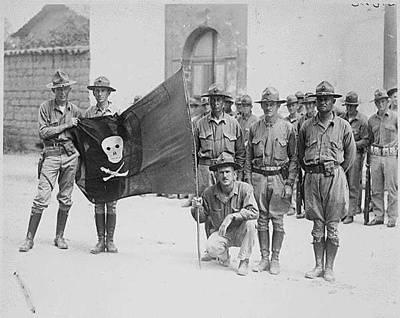 The US Marines were sent to occupy Nicaragua beginning in 1912 in the midst of an armed insurrection. The US was also granted rights to build a so-called “Nicaragua Canal” by the conservative US-backed Chamorro ruling family. Later, Gen. Augusto Sandino led a rebellion against the conservative government and US occupation. Sandino was later assassinated, and the military dictatorship of the Somoza family came into power. This too was backed by the US-trained Guardia Nacional. 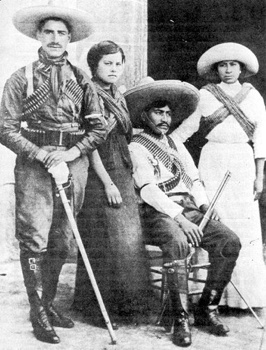 Following guerilla leader Pancho Villa’s raid on Columbus, New Mexico (in which 16 Americans died), President Wilson sent Gen. “Blackjack” Pershing and 10,000 soldiers into the mountains of northern Mexico to hunt Villa down. The mission ultimately failed but Mexicans viewed the act as an unjust invasion. It is said that the pejorative designation “gringo” came from this time, as US soldiers clad in olive uniforms were met with cries of “Green, Go!” 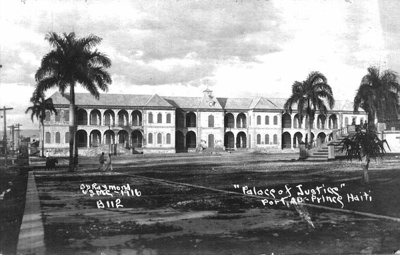 Wary of German influence in Haiti, American investors backed by the US State Department aquired the National Bank of Haiti. In a subsequent revolt against the US-friendly regime of Jean Vilbrun Guillaume Sam, the Marines were sent to occupy Port-au-Prince in 1915. The US government would administer the island for the next two decades. The US wielded veto power over all government decisions in Haiti, and Marine Corps officers served as regional administrators. The US military eventually withdrew, but 50 years of American-backed military dictatorships followed. 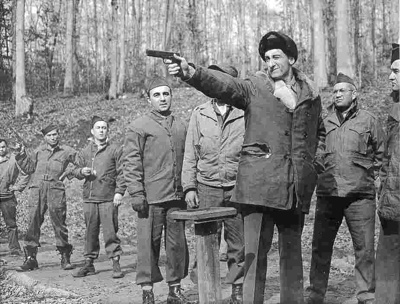 In the early 1950s, the Central Intelligence Agency (CIA) organized a coup against democratically-elected President Arbenz in Guatemala. Arbenz had instituted sweeping land reforms to benefit the country’s vast impoverished populace. This antagonized the powerful United Fruit Company, a multi-national conglomerate (of which CIA director Allen Dulles was a stockholer) that lobbied the US government for intervention. The moves were also deemed communist in nature by the Eisenhower administration and the US government began to supply anti-Arbenz forces with weapons and training. Arbenz was overthrown, and military dictatorship followed for the next four decades. During this time, it is estimated that nearly a quarter million Guatemalans were killed or “disappeared.” 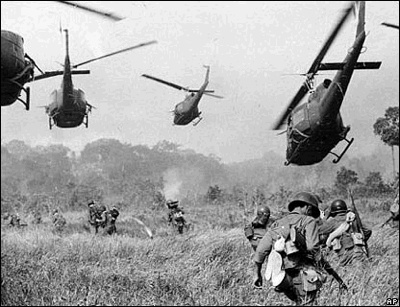 US President Eisenhower oversaw plans to depose Communist Cuban leader Fidel Castro as early as 1960, using much the same model as the one used in Guatemala. Castro had deposed the US-backed Batista regime in the Revolution, and had since developed close ties with the Soviet Union. The plans came to fruition under the Kennedy administration. A force of anti-Castro Cuban exiles were landed in southern Cuba on April 17, 1961, supported by strikes on Cuban airfields. By this time, however, Castro’s forces were well equipped with advanced Soviet weapons and the invasion was defeated. Tensions between the US and Cuba would be strained to a breaking point with the Cuban Missile Crisis the following year. 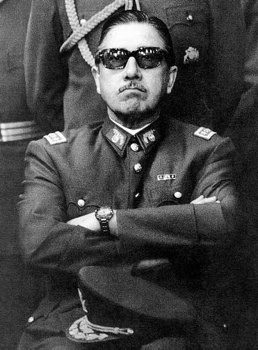 Though there is controversy surrounding the 1973 Chilean coup even today, there is certainly evidence of communication between the CIA and the coup instigators led by Gen. Augusto Pinochet. Salvador Allende was a democratically-elected president with ties to Cuba’s Fidel Castro. In September 1973, he was overthrown by a military junta. The CIA was aware of the coup as many as two days in advance. Following the event, in a conference with President Nixon, National Security Adviser Henry Kissinger stated that “the Chilean thing is getting consolidated and of course the newspapers are bleeding because a pro-Communist government has been overthrown.” Pinochet’s regime went on to become one of the most oppressive and brutal organizations of the 20th Century. 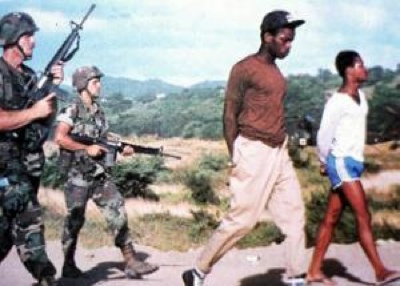 Grenada is a small Caribbean island about 100 miles north of Venezuela. In 1979, a revolution led by Maurice Bishop came to power with Cuban support. Among his projects was the construction of a large airstrip, which was charged by US President Reagan as designed for Soviet aircraft. An internal power struggle followed, ending in Bishop’s arrest and execution. At the time, 800 US medical students were on the island, and their presence amid the turmoil gave Reagan sufficient justification for ordering an invasion. Ten thousand US, Jamaican and Caribbean troops landed on Oct. 25, 1983. The invasion was condemned internationally by the UN General Assembly. Twenty American troops were killed, along with over a hundred Cuban and Grenadan soldiers and civilians.