Funguses have caused some of the greatest human tragedies in history – but they have also been behind some of the greatest scientific discoveries. This list looks at ten significant funguses. Some have helped man, some have hindered man, and some are just plain awesome. If you wish to add to the list, be sure to do so in the comments. Note: Funguses and fungi are both equally valid plural forms of the word “fungus”. If you wish to see the fact verified, go here. 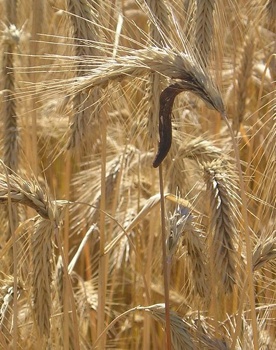 Incredible Because: It makes you dance, it makes your legs drop off, and is the source of LSD

Claviceps purpurea is a fungus that grows on the ears of rye and related cereal and forage plants. Consumption of grains or seeds contaminated with the fruiting structure of this fungus, the ergot sclerotium, can cause ergotism in humans and other mammals. The common name for ergotism is “St. Anthony’s Fire”, in reference to monks who cared for victims as well as symptoms, such as severe burning sensations in the limbs. These are caused by effects of ergot alkaloids on the vascular system due to constriction of blood vessels, sometimes leading to gangrene and loss of limbs due to severely restricted blood circulation. The convulsive symptoms that can be a result of consuming ergot tainted rye have also been said to be the cause of accusations of “bewitchment” that spurred the Salem witch trials. 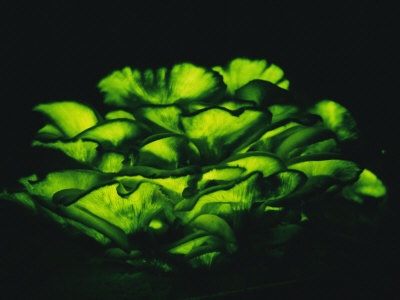 Incredible Because: It is so tasty that you want more even though it makes you sick. Oh – and it glows.

The Jack o’Lantern mushroom (Omphalotus olearius) is an orange- to yellow-gill mushroom that to an untrained eye appears similar to some chanterelles, and is most notable for its bioluminescent properties. Previous names include Omphalotus illudens and Clitocybe illudens. Unlike the chanterelle, the Jack o’Lantern mushroom is poisonous. While not lethal, consuming this mushroom leads to very severe cramps, vomiting, and diarrhea. Complicating its toxicity is the fact that it smells and looks very appealing, to the extent that there are reports of repeat poisonings from individuals who were tempted to try them a second time. 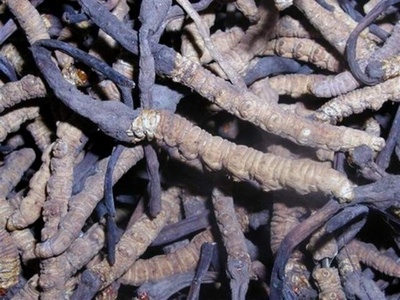 Caterpillar fungus is the result of a parasitic relationship between the fungus Cordyceps and the larva of the ghost moth. The caterpillar prone to infection by the fungus lives underground in alpine grass and shrublands on the Tibetan Plateau and the Himalayas at an altitude between 3000m and 5000m. Spending up to five years underground before pupating, the caterpillar is attacked while feeding on roots. The fungus invades the body of the Thitarodes caterpillars, filling its entire body cavity with mycelium and eventually killing and mummifying it. The caterpillars die near the tops of their burrows. The dark brown to black fruiting body (or mushroom) emerges from the ground in spring or early summer, always growing out of the forehead of the caterpillar. The long, usually columnar fruiting body reaches 5-15 cm above the surface and releases spores. The fungus is a medicinal mushroom which is highly prized by practitioners of Tibetan medicine, Chinese medicine and traditional herbal Folk medicines, in which it is used as an aphrodisiac and as a treatment for a variety of ailments from fatigue to cancer. 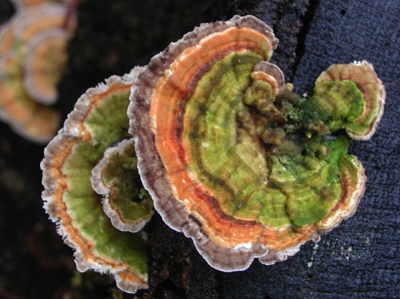 Incredible Because: It is stunning to look at and is used in cancer therapy

Trametes versicolor, formerly known as Coriolus versicolor and Polyporus versicolor, is a common mushroom of the genus Trametes. Versicolor means ‘of several colors’ and it is true that this mushroom is found in a wide variety of different colors. It is commonly called the “Turkey Tail” in the United States because of its resemblance to the tail of the turkey bird. In Europe and Japan, polysaccharide-K (brand name Krestin), a chemical derived from Trametes versicolor, is an approved adjuvant for cancer therapy. This means that while it doesn’t specifically affect cancer cells itself, consumption of the fungus enhances and increases the potency and ability of certain cancer drugs. Recent testing has shown that it may also have anti-HIV properties. 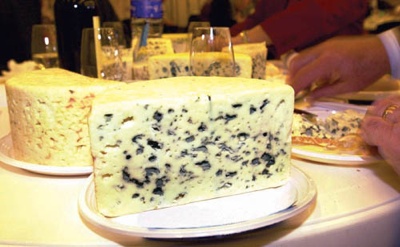 Incredible Because: It turns a lump of curdled milk curds into one of the tastiest delights around

The major industrial use of Penicillium roqueforti is the production of blue cheeses, flavoring agents, antifungals, polysaccharides, proteases and other enzymes. The fungus has been a constituent of Roquefort, Stilton and other blue cheeses eaten by humans since about 50 AD; blue cheese is mentioned in literature as far back as AD 79, when Pliny the Elder remarked upon its rich flavor. Penicillium roqueforti is found in the soil of the caves of Mont Combalou in Roquefort-sur-Soulzon. Traditionally cheesemakers extracted it by leaving bread in the caves for six to eight weeks until it was consumed by the mold. The interior of the bread was then dried to produce a powder. Nowadays the mold can be produced in a laboratory, which allows for greater consistency. The mold may either be added to the curd, or introduced as an aerosol, through holes poked in the rind. 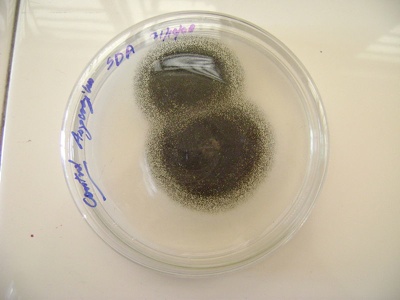 Incredible Because: It toppled the Italian lemon industry and is used in the production of high fructose corn syrup

Industrial-scale citric acid production began in 1890 based on the Italian citrus fruit industry. But a mere 27 years later (in 1917,) the American food chemist James Currie discovered that certain strains of the mold Aspergillus niger could be efficient citric acid producers, and Pfizer began industrial-level production using this technique two years later, followed by Citrique Belge in 1929. This caused the toppling of the Italian citrus industry. Aspergillus niger is also used in the production of high fructose corn syrup (HFCS). In the United States, HFCS is typically used as a sugar substitute and is ubiquitous in processed foods and beverages, including soft drinks, yogurt, cookies, salad dressing and tomato soup. 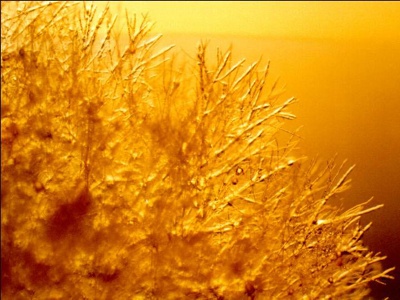 Incredible Because: It led to significant advances in the study of genes and DNA

Neurospora crassa was used by Edward Tatum and George Wells Beadle in their experiments for which they won the Nobel Prize in Physiology or Medicine in 1958. Beadle and Tatum exposed N. crassa to x-rays, causing mutations. They then observed failures in metabolic pathways caused by errors in specific enzymes. This led them to propose the “one gene, one enzyme” hypothesis that specific genes code for specific proteins. Neurospora is actively used in research around the world. It is important in the elucidation of molecular events involved in circadian rhythms, epigenetics and gene silencing, cell polarity, development, as well as many aspects of cell biology and biochemistry. 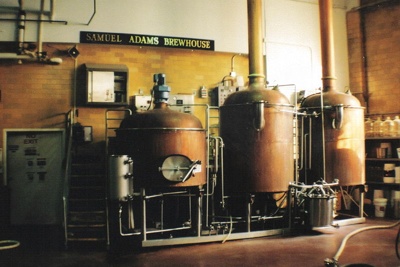 Incredible Because: It is used to make bread, wine, and beer

Saccharomyces cerevisiae is a species of budding yeast. It is perhaps the most useful yeast owing to its use since ancient times in baking and brewing. It is believed that it was originally isolated from the skins of grapes (one can see the yeast as a component of the thin white film on the skins of some dark-colored fruits such as plums.) Saccharomyces cerevisiae is the microorganism that is responsible for fermentation in beer. It metabolizes the sugars extracted from grains, which produces alcohol and carbon dioxide, and thereby turns wort into beer. In addition to fermenting the beer, it influences the character and flavor. 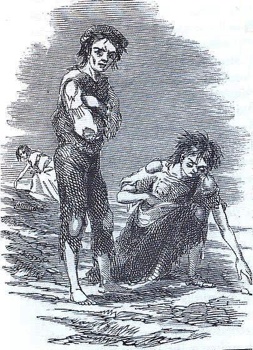 The Great Famine was a period of starvation, disease and mass emigration between 1845 and 1852 during which the population of Ireland was reduced by 20 to 25 percent. Approximately one million of the population died and a million more emigrated from Ireland’s shores. Many of those leaving fled to America and other parts of the New World. By 1850, the Irish made up a quarter of the population in Boston, Massachusetts; New York City; Philadelphia, Pennsylvania; and Baltimore, Maryland. The famine was caused by the fungus Phytophthora infestans. How and when it arrived in Europe is still uncertain; at least one of the sources of the infection suggests it may have originated in the northern Andes region of South America, Peru in particular. It was then conveyed to Europe on ships carrying guano, where it was in great demand as a fertilizer on European and British farms. 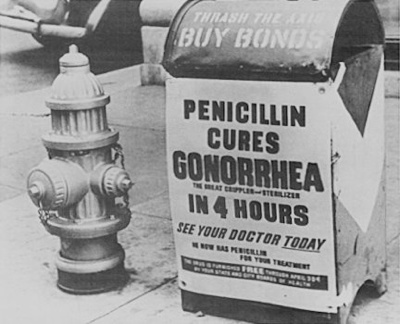 Incredible Because: Life-saving penicillin come from it

Penicillin antibiotics are historically significant because they were the first drugs that were effective against many previously serious diseases such as syphilis and Staphylococcus infections. It was discovered in 1928 when Alexander Fleming’s lab assistant left a window open overnight and had mold spores cover his Staphylococcus bacterial specimens in a Petri dish. At first he was very irritated at the contamination but as he was about to throw the specimens away, he noticed something interesting. He looked under the microscope at the bacteria surrounding the blue-green mold and noticed that many were dead or dying due to the mold preventing the bacteria from making new cell walls and reproducing. He identified the mold as Penicillium notatum (now known as Penicillium chrysogenum), which releases the antibiotic penicillin G into the medium. After this he did some testing on humans and animals and discovered that not only did it kill bacteria, but that it was suitable for use in humans and animals.