Almost everybody likes speed. The thought of going faster than anyone else has inspired man: everything from countless drag racing movie scenes to the use of steroids in pursuit of the title of “World’s Fastest Human”. I knew a few of the “fastest things” below – the fastest animal and bird – but was surprised about several of the others. While researching info for a completely different project, I stumbled upon the M1-J10, the world’s fastest tank. It was so surprising, I checked on some other “things that go fast”. This list is the result.

Usain St. Leo Bolt C.D (born 21 August 1986) is a Jamaican sprinter. Bolt holds the Olympic and world records for the 100 meters at 9.69 seconds, the 200 meters at 19.30 seconds and, along with his teammates, the 4×100 meters relay at 37.10 seconds, all set at the 2008 Summer Olympics. Bolt became the first man to win all three events at a single Olympics since Carl Lewis in 1984, and the first man in history to set world records in all three at a single Olympics. His name and achievements in sprinting have earned him the media nickname “‘Lightning’ Bolt”. At the 2009 Berlin World Championships on Sunday 16 August, he won the 100m final in a new world record time of 9.58 seconds. The Bugatti Veyron may no longer be the world’s fastest car. Today — following a number of teasers and leaks — Barabus officially unveiled the TKR: a new 1005 horsepower supercar the automaker says is capable of doing zero to 98kph in 1.67 seconds. What’s more, the car reportedly has a top speed of 270 mph — nearly 20 more than the Veyron. Power comes from a 6.0 liter V8 twin-turbocharged with dual intercoolers. 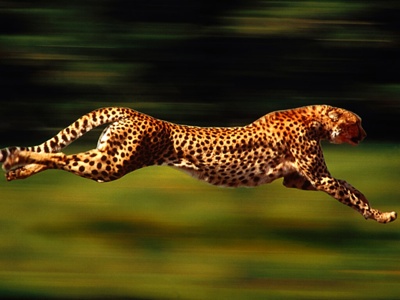 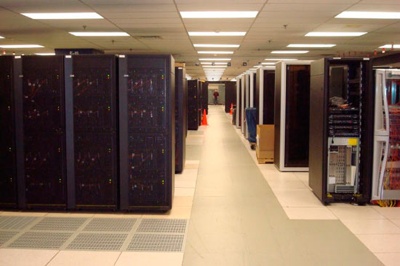 Roadrunner is a supercomputer built by IBM at the Los Alamos National Laboratory in New Mexico, USA. Currently the world’s fastest computer, the US$133-million Roadrunner is designed for a peak performance of 1.7 petaflops (1 petaflop = over 10^15/1,000,000,000,000,000/ 1 quadrillion calculations per second!), achieving 1.026 on May 25, 2008, and to be the world’s first TOP500 Linpack sustained 1.0 petaflops system. It is a one-of-a-kind supercomputer, built from off the shelf parts, with many novel design features.

Sailfish are two species of fishes in the genus Istiophorus, living in warmer sections of all the oceans of the world. They are blue to grey in color and have a characteristic erectile dorsal fin known as a sail, which often stretches the entire length of the back. Another notable characteristic is the elongated bill, resembling that of the swordfish and other marlins. Individuals have been clocked at speeds of up to 110 km/h (70 mph), which is the highest speed reliably reported in a fish. If this fish could travel on land, it can easily outrace a driver on a typical freeway. (Imagine the wreckage if this thing crashed…*stab*)

Japan has a demonstration line in Yamanashi prefecture where test trains JR-Maglev MLX01 have reached 581 km/h (367 mph), slightly faster than any wheeled trains (the current TGV speed record is 574.8 km/h, 357.0 mph). These trains use superconducting magnets which allow for a larger gap, and repulsive-type electrodynamic suspension (EDS). In comparison Transrapid uses conventional electromagnets and attractive-type electromagnetic suspension (EMS). These “Superconducting Maglev Shinkansen”, developed by the Central Japan Railway Company (JR Central) and Kawasaki Heavy Industries, are currently the fastest trains in the world, achieving a record speed of 581 km/h on December 2, 2003. Yamanashi Prefecture residents (and government officials) can sign up to ride this for free, and some 100,000 have done so already. K-222, formerly K-162, was the only Papa ever constructed (“Papa” is the western name for the Soviet Union’s Anchar submarine class). It was laid down December 28, 1963, and commissioned on December 31, 1969, at Severodvinsk. It was assigned to the Soviet Northern Fleet for the duration of its career. It was the world’s fastest submarine, reaching a record speed of 44.7 knots on trials. However, that speed came at the price of high costs during construction, and both excessive noise and significant damage to hull features when used. 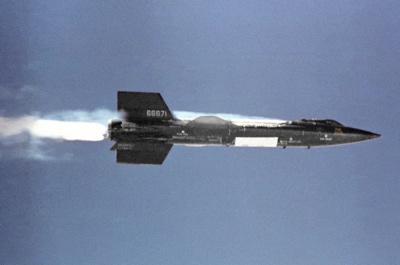 The North American X-15 rocket-powered aircraft was part of the X-series of experimental aircraft, initiated with the Bell X-1, that were made for the USAF, NASA, and the USN. The X-15 set speed and altitude records in the early 1960s, reaching the edge of outer space and returning with valuable data used in aircraft and spacecraft design. It currently holds the world record for the fastest speed ever reached by a manned aircraft. During the X-15 program, 13 of the flights (by eight pilots) met the USAF spaceflight criteria by exceeding the altitude of 50 miles (80.47 km. 264,000ft.), thus qualifying the pilots for astronaut status; some pilots also qualified for NASA astronaut wings. Its fastest speed recorded is 4,519 mph (7,273 km/h) while manned by pilot Pete Knight. 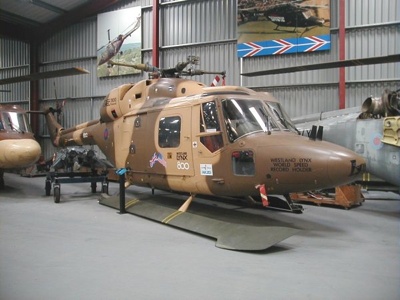 Keep in mind that the maximum speed a rotor helicopter can reach, in theory, before spinning out of control is just over 250 miles per hour. Now that you know that, at an European air show on August 6, 1986 a Westland Lynx ZB500, that was slightly modified, reached a speed of 249.1 miles per hour or 400.8 km/h, making it the world’s fastest helicopter.

On May 3, 1999 as tornadoes ravaged Oklahoma scientists measured the highest recorded wind speed at about 7:00 p.m. near Moore, Oklahoma. A wind speed of 318 mph was recorded where a tornado killed four people and destroyed 250 homes. The fastest wind measured prior was 286 mph on April 26, 1991 in a tornado near Red Rock, Oklahoma. The 318 mph speed placed the tornado 1 mph below an F6 on the 0 to 6 Fujita scale. No tornado has ever been classified as an F6.

The Peregrine Falcon (Falco peregrinus), also known simply as the Peregrine, and historically as the “Duck Hawk” in North America, is a cosmopolitan bird of prey in the family Falconidae. It is a large, crow-sized falcon, with a blue-gray back, barred white underparts, and a black head and “moustache”. It can reach speeds over 322 km/h (200 mph) in a dive, making it the fastest animal in the world.

New Horizons is a NASA robotic spacecraft mission currently en route to the planet Pluto. It is expected to be the first spacecraft to fly by and study Pluto and its moons, Charon, Nix, and Hydra. New Horizons was launched on 19 January 2006 directly into an Earth-and-solar-escape trajectory. It had an Earth-relative velocity of about 16.26 km/s or 58,536 km/h (10.1 mps or 36,360 mph) after its last engine shut down. Thus, it left Earth at the fastest speed ever recorded. It will arrive at Pluto on 14 July 2015 then continue into the Kuiper belt. 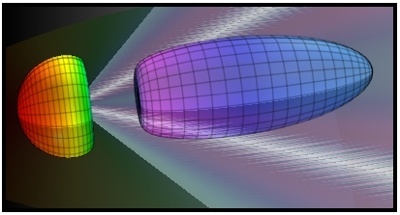 Tachyons are a putative class of particles which able to travel faster than the speed of light. Tachyons were first proposed by physicist Arnold Sommerfeld, and named by Gerald Feinberg. The word tachyon derives from the Greek tachus, meaning “speedy.” Tachyons have the strange properties that, when they lose energy, they gain speed. Consequently, when tachyons gain energy, they slow down. The slowest speed possible for tachyons is the speed of light.