The Nobel prize for peace. It is a controversial award having been granted to many who seemingly don’t deserve it, and not granted to those who do. This list looks at ten people who were robbed of the prize. 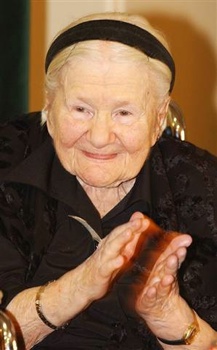 Irena Sendler was a Polish Catholic who died in 2008. From 1939 to 1945, she personally saved the lives of 2,500 Jewish children from the Warsaw Ghetto. She forged identification papers, passports, sheltered them in children’s homes throughout Warsaw.

The Gestapo caught her in 1943 and severely tortured her for the location of the Jews she had extricated from the Ghetto. She refused to give them up. She was sentenced to death and saved by a bribe to the Nazi officer in charge, who simply left her in deep in a forest with all four limbs broken.

She recovered and went right back to work saving Jews from the Ghetto. She was nominated in 2007, but was passed over in favor of Al Gore. She was 98 when she died. 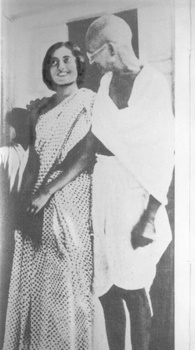 Mohandas Gandhi was murdered in 1948. He began his work for Indian independence from Britain in 1916 and finally succeeded in 1947, when Louis Mountbatten relinquished India from Britain to the Indians. One man, by himself, Gandhi has been credited with defeating the British Empire singlehandedly, without raising one finger in violence.

He was nominated in 5 years, 1937, 1938, 1939, 1947, and 1948. 19 people nominated him in those years, especially Ole Colbjornsen, member of the Norwegian Parliament, who nominated him the first 3 times. In the years between 1939 and 1947, he was either not nominated by anyone, or the Swedish Academy refused to consider nominations during the War. Likewise, in the years preceding 1937, not one person on Earth nominated him.

A rule stipulates that death before being awarded the Prize renders one ineligible for it, nominated or not. But I think the Academy could have given it to him posthumously, and no one would have complained. In which case, they could still award it to him for the year 1948. He could certainly replace Cordell Hull, for 1945. Hull is mentioned on another Listverse list.

It is possible that his “experiments” with under-aged children (item 8) reduced his chances of receiving the prize, but as earlier stated, most people would probably not object to his having been awarded the prize despite them. 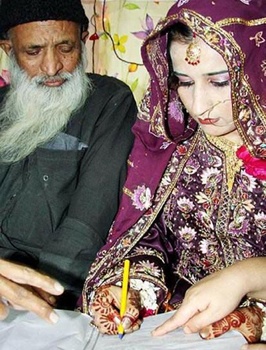 The head of the Edhi Foundation, based in Pakistan, he is a philanthropist, who in 1951 opened a small medical shop in Karachi, using his own meager funds, with the sole intention of helping anyone who came in. He had learned little about medicine, but wanted to help people. He claims that he does so because he enjoys it, in the same way that an evil man enjoys hurting people.

He has been treating everyone in the Karachi area, and all areas where his branches are located, over the whole world. He treats people at extremely low cost. He began the Edhi Foundation with donations from friends and supporters around Karachi, and the Foundation is a free maternity clinic and nursing school. Students may enroll at absolutely no cost. Tuition, books, and other equipment are free.

Karachi suffered a flu outbreak in 1957, and Edhi immediately set up tents in which he and his faculty treated everyone for free. He bought an ambulance with donations, which he personally drove to accidents, and to his own clinic, or to hospitals. The Edhi Foundation has a $10 million budget, but Edhi refuses to take any of the money for himself. As he is still alive, it is not entirely fair that he should be on this list, as he may win in the future. But I thought it fitting, given the recent 2009 Peace Prize, and the fact that he was considered for it also. 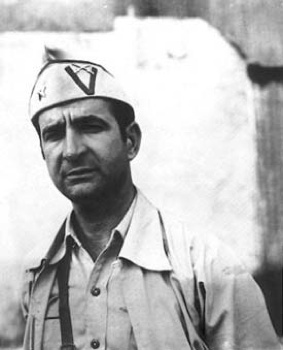 Jose Figueres Ferrer was the President of Costa Rica 3 times, and during his first term, he granted women the right to vote, stating that while men may be stronger, there is no difference between male and female mental faculties. He abolished his country’s army, arguing that only a police force is necessary for domestic law enforcement, and that an army only exists for the promise of invading another country; he did not believe any country around him wanted to invade Costa Rica.

After nationalizing Costa Rica’s banking and creating a welfare state, he outlawed Communism. Ferrer oversaw the writing of a new constitution, guaranteed state managed public education for every citizen, gave citizenship to the children of black immigrants, and established a civil service bureaucracy. 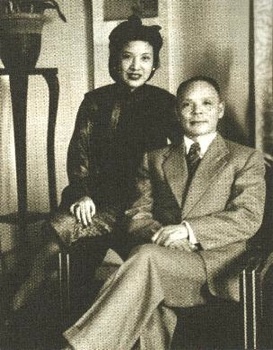 He graduated from Munich University in 1932, and was appointed as a diplomatic secretary in Turkey, then in Vienna in 1937. The next year, Hitler annexed Austria, and Ho was promoted to Consul-General of the Chinese Embassy in Vienna.

After Kristallnacht, everyone in Austria knew full well the predicament facing the 200,000 Jews throughout the country. Their only hope was to escape from Europe, and this was possible only with exit visas. The Evian Conference of 1938 caused 38 countries to refuse Jews immigration, and Ho was ordered by Chen Jie, the Chinese ambassador to Berlin, not to provide visas for Jews.

Ho endangered himself for all six years of the War by refusing to obey this order. He issued 1906 visas by 27 October 1938, some for Jews, some not. How many Jews he saved will never be ascertained, but given that he issued almost 2,000 in only his first 6 months, he may have saved thousands of lives. Whoever saves one life saves the world entire. He was 96 when he died. He has been nicknamed “China’s Schindler.” 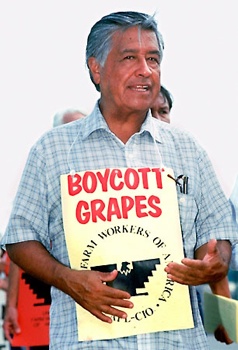 He has been called “the Mexican Martin Luther King.” He found working conditions appalling for common Latino laborers in California, and co-founded the National Farm Workers Association, which is now called United Farm Workers. He organized civil rights activism, and became the Community Service Organization’s national director in 1958. His efforts to gain higher wages and better working conditions for farm laborers finally succeeded in 1966.

After that, he fought to restrict illegal immigrants from entering the U. S. and taking jobs from legal Mexican citizens. His birthday is a state holiday in California. He died in 1993, and the next year was awarded the Medal of Freedom from Bill Clinton. 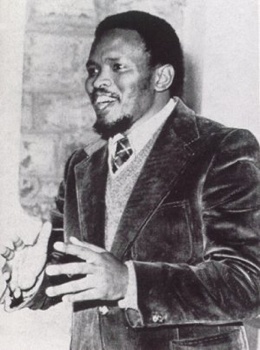 After Nelson Mandela was imprisoned in 1964, Steve Biko became the primary authority of the anti-Apartheid movement in South Africa. He founded the Black Consciousness Movement and advocated a worldwide “brotherhood of man.”

He was the primary architect of the protests that reached a head at the Soweto Uprising in June, 1976. He preached non-violence, which was not entirely heeded, and the uprising resulted in Apartheid police slaughtering school children at random in the crowds.

They then targeted Biko and finally caught him, and beat him to death, from 11 September to 12 September, 1977. 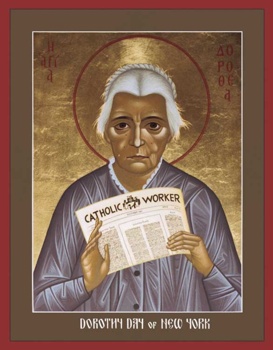 Dorothy Day (November 8, 1897 – November 29, 1980) was an American journalist, distributist, and devout Catholic convert. In the 1930s, Day worked closely with fellow activist Peter Maurin to establish the Catholic Worker movement, a nonviolent, pacifist, movement that continues to combine direct aid for the poor and homeless with nonviolent direct action on their behalf. A revered figure within segments of the U.S. Catholic community, Day is being considered for sainthood by the Catholic Church. Day has been the recipient of numerous posthumous honors and awards. Among them: in 1992, she received the Courage of Conscience Award from the Peace Abbey, and in 2001, she was inducted into the National Women’s Hall of Fame in Seneca Falls, New York. 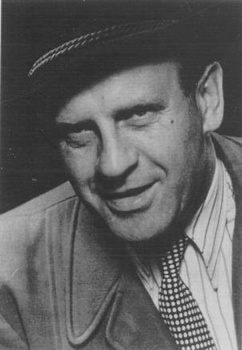 Oskar Schindler was the most famous member of the Avenue of the Righteous. He saved 1,200 Jews from the Nazis by employing them in his munitions factories from 1943 to the end of the War. He therefore placed himself in extreme mortal peril constantly during that time, as the Nazis knew full well that his workers were Jewish.

He was very persuasive, having paid millions to the Nazi Party up to that time, and insisted that his workers were more useful to the Wehrmacht by manufacturing pots, pans, and ammunition. But secretly, he had his workers sabotage the ammunition so it would not function. 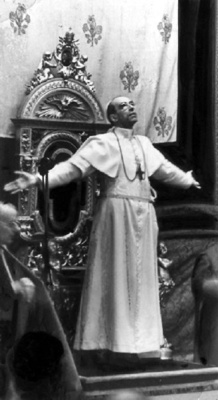 On April 28, 1935, four years before the War even started, Eugenio Pacelli (soon to become Pope Pius XII) gave a speech that aroused the attention of the world press. Speaking to an audience of 250,000 pilgrims in Lourdes, France, the future Pius XII stated that the Nazis “are in reality only miserable plagiarists who dress up old errors with new tinsel. It does not make any difference whether they flock to the banners of social revolution, whether they are guided by a false concept of the world and of life, or whether they are possessed by the superstition of a race and blood cult.” During the war (when Pacelli had become Pope) he spoke out strongly in defense of the Jews with the first mass arrests in 1943, and L’Osservatore Romano carried an article protesting the internment of Jews and the confiscation of their property. The Fascist press came to call the Vatican paper ‘a mouthpiece of the Jews.’

Prior to the Nazi invasion, the Pope had been working hard to get Jews out of Italy by emigration; he now was forced to turn his attention to finding them hiding places: “[t]he Pope sent out the order that religious buildings were to give refuge to Jews, even at the price of great personal sacrifice on the part of their occupants; he released monasteries and convents from the cloister rule forbidding entry into these religious houses to all but a few specified outsiders, so that they could be used as hiding places. Thousands of Jews — the figures run from 4,000 to 7,000 — were hidden, fed, clothed, and bedded in the 180 known places of refuge in Vatican City, churches and basilicas, Church administrative buildings, and parish houses. Unknown numbers of Jews were sheltered in Castel Gandolfo, the site of the Pope’s summer residence, private homes, hospitals, and nursing institutions; and the Pope took personal responsibility for the care of the children of Jews deported from Italy.”

The consequences of the actions of Venerable Pope Pius XII in defense of the Jews were such that the Chief Rabbi of Rome (Rabbi Zolli) during WWII converted to Catholicism and changed his name to Eugenio (out of reverence for the Pope). [Source]