The Nobel Peace Prize was created by Alfred Nobel, the inventor of dynamite. Nobel asked that the prize be awarded “to the person who shall have done the most or the best work for fraternity between the nations, for the abolition or reduction of standing armies and for the holding and promotion of peace congresses”. This, unfortunately, has not always been the case. Here are the ten most controversial recipients of the Nobel Peace Prize: 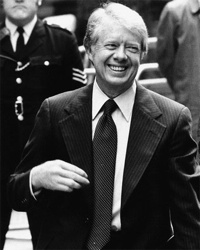 Jimmy Carter’s 2002 Nobel Peace Prize—awarded for the “decades of untiring effort to find peaceful solutions to international conflicts, to advance democracy and human rights, and to promote economic and social development”—had from the start wrought controversy that was exacerbated further by politically-tinted statements offered by the chairman of the Nobel Peace Prize committee (seconded and affirmed by Gunnar Staalsett, another member of the 5-member, secretive Nobel Committee).

Get the whole history with Nobel: The Grand History of the Peace Prize at Amazon.com! 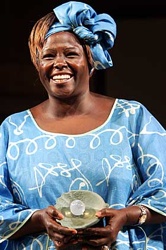 Wangari Maathai, 2004 winner of the Nobel Peace Prize, created controversy by appearing to lend credibility to the theory that HIV was invented by white scientists to destroy black people but later apologized for giving the illusion of being a conspiracy theorist. 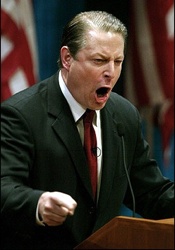 Al Gore won the 2007 Nobel Peace Prize for his work on raising public awareness of Global Warming. There has been some contention on whether the work was related to the stated purpose of the prize or not. In addition, there is much controversy surrounding his work in the area of Global Warming and, in fact, even controversy over whether Global Warming poses a real threat to mankind. Recently a UK High Court judge decreed that the government could only send a copy of “An Inconvenient Truth” to every school if it was accompanied by guidelines to point out “nine scientific errors” and to counter his “one-sided views”. In his film, Al Gore called on Americans to conserve energy by reducing electricity consumption at home. In August 2006, Gore’s electricity bills revealed that in one month he burned through 22,619 kilowatts – more than twice what the average family uses in an entire year. 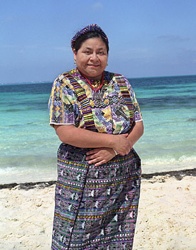 Rigoberta Menchú won the Nobel Peace Prize in 1992. There has been some evidence pointing to her as a fraud in her purported autobiography of her life in Guatemala in the late 1950s, portrayed in her 1987 book I, Rigoberta Menchu—where some facts regarding her family history and circumstances were specifically altered by her to supposedly better propagandize her leftist-leanings (brought to light through exposé by anthropologist David Stoll’s researches). 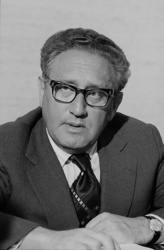 Kissinger received the Nobel Peace Prize in 1973 for his work on the Vietnam Peace Accords, despite having instituted the secret 1969–1975 campaign of bombing against infiltraiting NVA in Cambodia, the alleged U.S. involvement in Operation Condor—a mid-1970s campaign of kidnapping and murder coordinated among the intelligence and security services of Argentina, Bolivia, Brazil, Chile, Paraguay, and Uruguay—as well as the death of French nationals under the Chilean junta. He also supported the invasion of Cyprus resulting in approximately 1/3 of the island being occupied by foreign troops for 33 years. Some peace activists go so far as to suggest that the Nobel Peace Prize has become irrelevant due to Kissinger being a laureate. 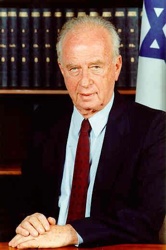 Rabin won the prize jointly with Shimon Peres and Yasser Araft in 1994. Rabin, while in the Israeli military, had ordered the expulsion of Arabs, from areas captured by Israel during the 1948 War. He had also been responsible for the aggressive Israeli crackdown of the First Intifada while Defense Minister. Rabin also continued to authorise the construction of settlements in the occupied territories despite the peace agreement. 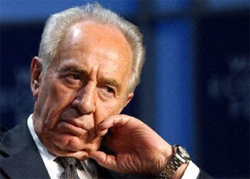 Awarded the prize jointly with Yitzhak Rabin and Yasser Arafat, Peres was responsible for developing Israel’s nuclear weapons arsenal, and was later blamed for the Qana Massacre. The Qana Massacre occurred in 1996 when the Israeli military shelled a villiage of 800 Lebanese civilians who had gone there to escape the fighting. 106 were killed and around 116 others injured. Four Fijian United Nations Interim Force in Lebanon soldiers were also seriously injured. 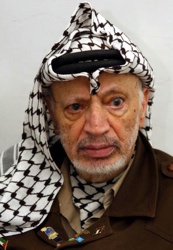 Arafat won the 1994 prize along with Shimon Peres and Yitzhak Rabin. Arafat was regarded by critics as a terrorist leader for many years. Kåre Kristiansen, a Norwegian member of the Nobel Committee, resigned in 1994 in protest at the awarding of a Nobel Peace Prize to Yasser Arafat, whom he labeled a “terrorist”. 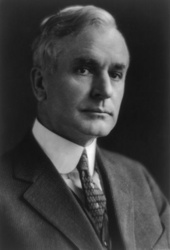 Cordell Hull was awarded the Nobel Prize in Peace in 1945 in recognition of his efforts for peace and understanding in the Western Hemisphere, his trade agreements, and his work to establish the United Nations. In 1939, the ship SS St Louis sailed out of Hamburg into the Atlantic Ocean carrying over 950 Jewish refugees, mostly wealthy, seeking asylum from Nazi persecution just before World War II. Roosevelt showed modest willingness to allow the ship in, but Hull, his Secretary of State threaten to withhold their support of Roosevelt in the 1940 Presidential election if this occurred. Roosevelt denied entry to the ship. The ship was forced to return to Germany and many of the passengers ultimately ended up dying in Concentration Camps. 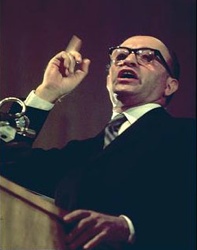 Menachem Begin (6th Prime Minister of Israel) was awarded the Nobel Peace Prize in 1978 for his contributions to the successful closure to the Camp David Accords in the same year (the award was jointly given to Begin and Anwar Sadat). Unfortunately, Begin had also previously been head of the militant Zionist group Irgun, which is often regarded as a terrorist organization and had been responsible for the King David Hotel bombing in 1946.

While the controversial people listed above enjoy (or enjoyed) their Nobel Peace prizes, Mahatma Gandhi was never awarded one (though he was nominated five times). In addition, in the fields of science, great men such as Nicola Tesla and Thomas Edison were not awarded prizes because of their animosity towards each other. If Tesla had won, the money would probably have prevented him from filing for bankruptcy in 1916, and the face of modern society may have been very different.

This article is licensed under the GFDL. It uses material from the Wikipedia articles: Qana Massacre, and Nobel Prize Controversies