Man is a fortunate species. The marvelous (and still largely mysterious) complexity of the human brain has gifted him with speech, language, and the power of creative, abstract thought. Over thousands of years our intelligence has given us tools and technology, art and science, society and civilization. We now possess a treasure house of intellectual achievements in which all of us can take a pride. I present here ten works of superlative genius, in no particular order. 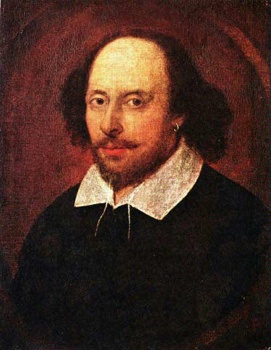 There are those who believe the Immortal Bard did not write the 39 plays which bear his name, citing lack of education and unfamiliarity with the source material. However, the evidence for this is scant, and the world generally acknowledges Shakespeare to be the greatest playwright who ever lived. More than mere stories, Shakespeare’s greatest plays analyse life and death, love and hate, revenge and forgiveness, good and evil. Centuries before Freud and Jung, Shakespeare picked apart human psychology, presenting it as comedy, tragedy, and historical drama, expressed in language of sublime power and poetry. If the list were longer we would also have to consider that Miguel de Cervantes would be equal in position 10 for his contribution to literature. 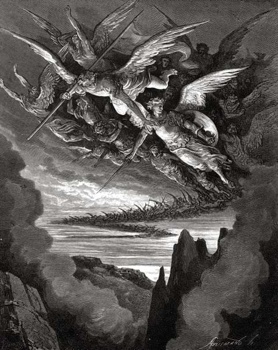 Along with William Shakespeare, John Milton stands as one of the twin giants of English literature. However, his reputation rests almost entirely on his most famous work, one which has spawned a branch of academic study all to itself, the great epic poem ‘Paradise Lost’. Drawing on his vast and intimate knowledge of language, the Bible, Greek and Roman mythology, and literature from the Ancient world, Milton created one of the most enduring poems in English. Based on the Book of Genesis, ‘Paradise Lost’ concerns itself with Lucifer’s rebellion and subsequent expulsion from heaven, the creation of the world, and the Fall of Man. Lofty, noble, darkly majestic in tone, ‘Paradise Lost’ takes the reader on an awe-inspiring journey through heaven, hell, and the newly-created earth with its Garden of Eden, the paradise Adam and Eve lost. Though written in English, the grammatical structure is based on that of Latin (the reason some people find it a difficult read). However, once the reader has grown accustomed to the style they are rewarded with a unique literary vision. What makes Milton’s achievement even more remarkable is that he was totally blind, composing the entire work in his head (over 10,000 lines) between 1658 – 1664, and dictating it to his daughters. 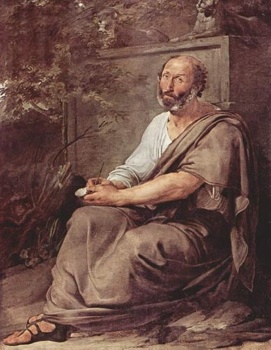 Aristotle was a student of Plato and the teacher of Alexander the Great. He was a scientist beyond compare, doing more than all before him to synthesize all the scattered truths of the earlier philosophers. He devised the four causes (formal, material, efficient, and final) – two of which are still essential in the modern scientific method, formulated the notions of act and potency, and was the first to systematize the acts of the intellect and deduce the rules for proper thinking and reasoning. His influence spread not just to Christendom through St Thomas Aquinas, but the Islamic lands through Averroes. 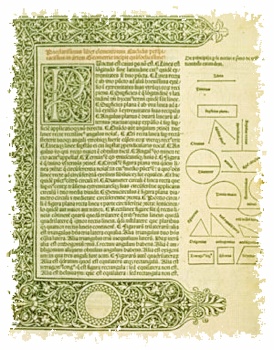 The second oldest item on this list (written 300 years before the birth of Christ), Euclid’s ‘Elements’ was the first rigorous account of geometry (drawing on earlier, less rigorous works). Starting with a mere ten axioms (statements which cannot be reduced to simpler ones), Euclid defines points, lines, two- and three-dimensional spaces, and the mathematical objects which inhabit them. The lucidity of Euclid’s style and the tight logic of his proofs meant that ‘Elements’ remained one of the standard texts on geometry right up to the nineteenth century, until more rigorous definitions of geometry emerged, along with the discovery of non-Euclidean geometries. Over two-thousand years after being written, such diverse people as Abraham Lincoln, Edna St. Vincent Millay, and Albert Einstein drew inspiration from Euclid’s mathematical masterpiece. 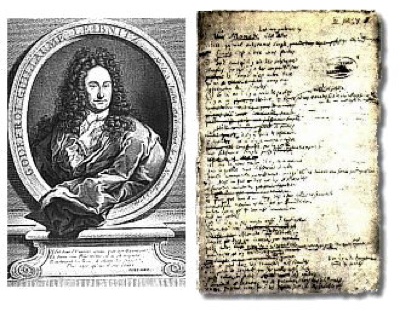 Differential and integral calculus were developed separately by two men who could not have been more different: Isaac Newton was secretive, obsessive, and generally shunned company; personal grooming and even eating took second place to his work. Gottfried Leibniz was charming, well-dressed, had a wide circle of friends, and was the toast of German intellectual circles. Trouble between Newton and Leibniz began over the matter of who discovered calculus first. In 1675 Leibniz used integral calculus for the first time, but did not publish his results until 1684. Newton had already worked out both differential and integral methods in 1666 (which he had employed in his work on gravitation), but did not publish until 1693. Leibniz’s publication and the urging of colleagues prompted Newton to hastily publish his own results. Initially they were more or less cordial on the subject of their mutual discovery, but quickly became enemies, a situation made worse by the interference of supporters. Today both men are credited with the discovery of something without which advanced engineering and physics would be impossible, the messy details of their dispute being left for the historians to mull over. 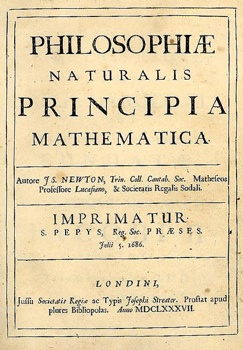 Though he had to share the development of calculus with Leibniz, Newton can claim the theory of gravity for himself, and it is in the ‘Principia’ (published in 1687) that Newton presents the law of universal gravitation. Using classical geometry and the method of ‘fluxions’ and ‘fluents’ (what we today call differential and integral calculus), Newton could account not just for the fall of an apple, but ballistic trajectories, the orbits of moons and planets, and the motions of stars. With ‘Principia’, physics took a mighty leap forward. As the poet Alexander Pope put it ‘Nature and nature’s laws lay hid in night; God said “Let Newton be” and all was light.’ 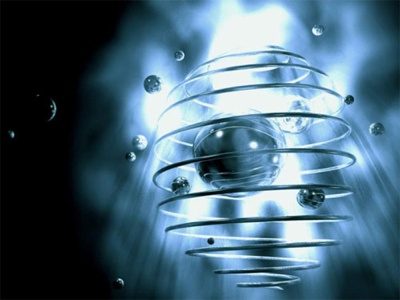 Whereas relativity theory (entry 2) was the product of a single mind, the contributors to quantum mechanics read like a physics hall of fame: Rutherford, Bohr, Planck, Schroedinger, Pauli, Heisenberg, Dirac, Feynman, Gell-Mann, to name a few (Einstein also made important early contributions, but grew to dislike quantum mechanic’s bizarre, counter-intuitive nature). Also, it took several decades and many arguments to bring quantum mechanics to fruition. The frontiers of quantum mechanics are still expanding as ever-deeper levels of matter are probed by powerful particle accelerators and powerful minds alike. 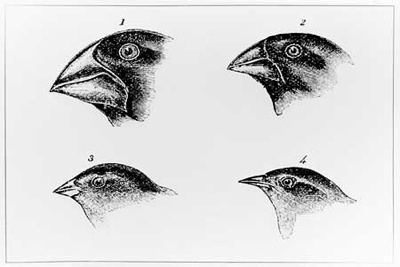 Probably the most controversial entry on this list, evolution inspires more heated debate and animosity between its adherents and detractors than any other scientific theory, but let’s get a couple of points out of the way. Darwin never stated that humans evolved from apes; they both have a common ancestor. Also, ‘On the Origin of Species’ (published in 1859) only mentions human evolution in passing, for two reasons: Darwin was wary of the response (‘Vestiges of Creation’ in 1844 had met with controversy), and there wasn’t enough evidence available at the time to make a detailed analysis of human evolution. That said, Darwin’s book brought about a classic paradigm shift; never again could man look at the natural world around him the same way (or himself, for that matter). As for Darwin, over the years his religious beliefs had eroded. By 1859, Darwin considered all religions equally valid, and was critical of the Biblical account of creation. The death of his daughter Anne in 1851 at age 10 had also contributed to his loss of faith, and he stopped attending church entirely (though he never quite became a total atheist). Doing for biology what Einstein would later do for physics, Charles Darwin gained both immortality and notoriety. 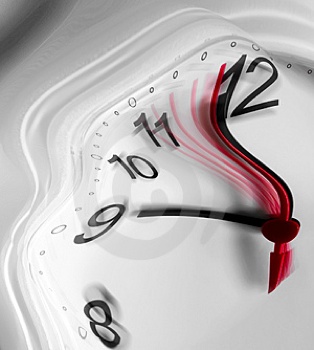 Like Newton before him, Albert Einstein was an outsider. Often bemused and frequently saddened by the human world, he considered the secrets of nature the deepest problems anyone could face. Mostly unconcerned with worldly affairs, Einstein’s genius took science to unparalleled heights. Any one of the three papers he produced in his ‘miracle year’ of 1905 would have won him the Nobel Prize; it turned out to be his work on the photoelectric effect which did so, but it was special relativity (and in 1915 general relativity) which would seal his reputation as the greatest physicist since Newton, and one of the greatest thinkers in history. In order to redefine the nature of matter, gravity, mass, and energy, Einstein had to draw together mathematical subjects such as differential geometry, tensor analysis, and electromagnetic theory (tales of Einstein’s poor skills in mathematics are entirely myth). Once when asked by a reporter where his laboratory was, Einstein simply replied “here”, and held up his fountain pen.

1
The Ring Cycle
Richard Wagner – Ride of The Valkyries

Richard Wagner was a man of fearsome genius, dubious character, revolutionary fervor, blustering nationalism, and racist vitriol. Though his output was small in numerical terms, his artistic influence has been seismic, to put it mildly. Without Wagner opera and its close cousin cinema would not have developed into the forms we recognize today. Innumerable composers, writers, and artists have been influenced by Wagner, especially his masterpiece, the gigantic Ring Cycle, a tetralogy of operas comprising a single story. Drawing on medieval Germanic, Scandinavian, and Icelandic mythology, Wagner laboriously brought the Ring Cycle into existence over a 25-year period, much of that time spent criss-crossing Europe conducting, proselytizing about his work and artistic theories, running from creditors, involved in various intrigues and scandals, and composing other operas. By 1876 the entire Ring Cycle was ready for its world premiere (though ‘Das Rheingold’ and ‘Die Walkure’ had already been performed for King Ludwig II of Bavaria, to Wagner’s fury). Wagner had erected his own theatre in Bayreuth, mostly paid for by King Ludwig II. In August 1876 the crown heads of Europe and several other nations beyond (including Pedro II, emperor of Brazil), composers, and intellectuals attended the premiere. A total of fifteen hours of music of colossal grandeur and unequalled technical complexity washed over the audience during the four-day performance. To this day staging the entire Ring Cycle remains the ultimate operatic challenge, demanding the highest standards from singers, orchestras, conductors, designers, and producers. Above is probably the most well known piece of music from the Ring Cycle.