Although this list has some overlap with a previous one, it concerns feature films alone, and I felt that Listverse needed to have a list like this compiling the first films to achieve things that are commonplace today. Enjoy, and please comment! This list is in chronological order, thus it is ordered from 1 – 10 as opposed to the norm. 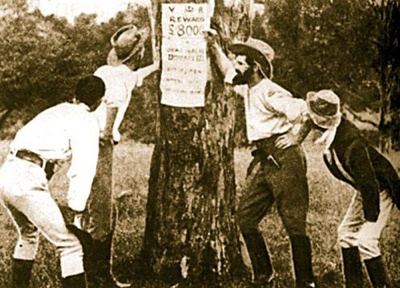 This film documents the life of Australian bushranger, Ned Kelly. It was made for about $2,250 and shot entirely in Melbourne, written by John Tait and starring his sister and friend, Elizabeth Kelly and Nicholas Brierley respectively. The National Film and Sound Archive released a new restored edition made with the remaining 17 minutes of film in 2006. 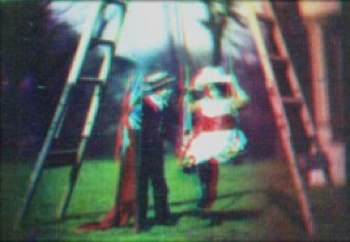 Very little is known about this English film, made for £10,000. It uses the Kinemacolor process whereby two color filters are used in taking the negatives and only two in projecting the positives. The camera resembles the ordinary cinematographic camera except that it runs at twice the speed, taking thirty-two images per second instead of sixteen, and it is fitted with a rotating color filter in addition to the ordinary shutter. This filter is an aluminum skeleton wheel. The plot is to do baby swaps and mistaken identities, “with a few gratuitous thrills and spills thrown in for good measure.” It should be noted that this was preceded by a 2+ hour long feature color documentary called “With our King and Queen through India” – that is not included here because it is a documentary. 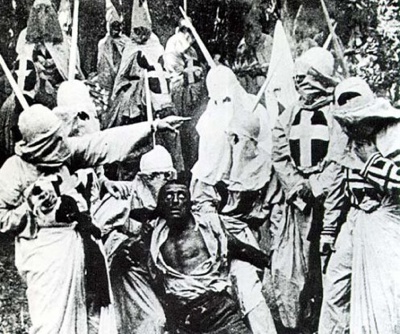 This film is the sequel to the groundbreaking The Birth of a Nation (1915, pictured above), and was directed by Thomas Dixon, Jr., a Ku Klux Klan supporter who wrote the novel on which the first film was based. The film is about America being unprepared for war against Europe, and although not as bad as the first film, is controversial for its support of the Ku Klux Klan, calling them “a great, veritable empire of the South, to protect the Southern country.” The first is so important for its pioneering use of camera techniques such as close-ups, deep-focus and jump-cuts, and it smashed box office records, grossing a then record $10 million. Although disgraceful, this film holds a 100% fresh rating on movie review compiling website Rotten Tomatoes, film critic Roger Ebert explains “‘The Birth of a Nation’ is not a bad film because it argues for evil. Like Riefenstahl’s Triumph of the Will, it is a great film that argues for evil. To understand how it does so is to learn a great deal about film, and even something about evil.

This is a 1917 Argentine animated cartoon, and also the world’s first animated feature film. It was written and directed by Quirino Cristiani, and consisted of a total of 58,000 frames played over the course of 70 minutes (which would have meant 14 FPS). The film was a satire, with President Hipólito Yrigoyen ascending to the heavens to use Jupiter’s thunderbolts to cleanse Buenos Aires of immorality and corruption. The result is a burnt city. The film is believed to have been well received by audiences at the time. Despite this, no known copies of the film have survived. 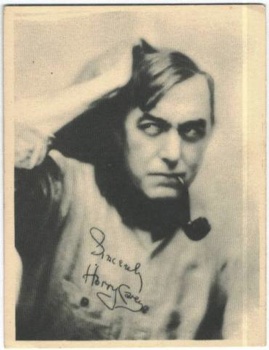 First: Remake of a Feature Film (The Three Godfathers – 1916)

According to Wikipedia, this is the first ever feature film remake. It is a Western retelling of the nativity, specifically the story of the Three Wise Men of Orient. The same director later remade it as 3 Godfathers with John Wayne, and Harry Carey, Jr. Interestingly, Harry Carey, Snr (pictured above) starred in the first two films! 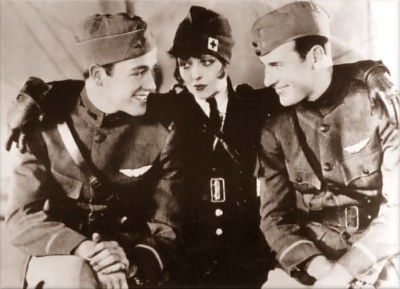 The 1st Academy Awards in 1929 had an alternative to the Best Picture award (introduced the following year) called the Most Outstanding Production award, so one could argue that the first official Best Picture winner was All the King’s Men, but that would be overly pedantic. This romantic/WWI epic stars Buddy Rodgers and Richard Arlen as small time townies fighting for the attention of sweetheart Sylvia (Clara Bow), who become best friends after training together. Presumed dead in action, Arlen’s character steals a German bi-plane in attempt to get to safety, but is shot down by Rodgers’ character in attempt to avenge his friends death. 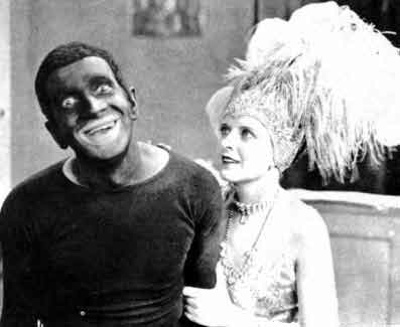 This is a well-known film starring Al Jolson as the title character Jake Rabinowitz, a man from a devout Jewish family who becomes an entertainer under the alias Jack Robin, to his family’s dismay. The process used to show the film was incredibly complex: Each of Jolson’s musical numbers was mounted on a separate reel with a separate accompanying sound disc. Even though the film was only eighty-nine minutes long…there were fifteen reels and fifteen discs to manage, and the projectionist had to be able to thread the film and cue up the Vitaphone records very quickly. The least stumble, hesitation, or human error would result in public and financial humiliation for the company. 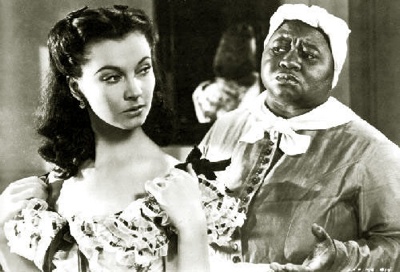 This, along with Toy Story, is probably the most famous film on the list. Based on Margaret Mitchell’s novel of the same name, this romantic epic tells the story of the Civil War and its aftermath on the people of a Georgian town. It received a then record ten academy awards, and consistently ranks high on lists of America’s greatest films. It was the first film to gross 100 million, and when inflation adjusted is the highest grossing film ever. Marked men 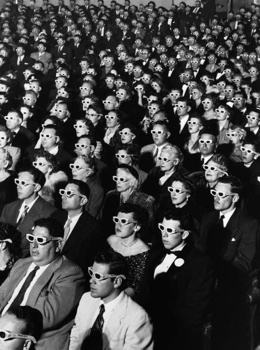 This is a film about the construction of the Ugandan Railway in British Africa in 1898, and the occurrence of man-eating lions devouring the workers. It was filmed and shown using a Natural Vision 3-D process, and the film was released by Arch Oboler Productions, after being turned down by 20th Century Fox, Paramount, Columbia and Metro-Goldwyn-Mayer. The first 3-D film to be released by a major company was The Man in the Dark (1953), distributed by Columbia. Pictured above is the iconic photograph of the first audience to watch Bwana Devil. 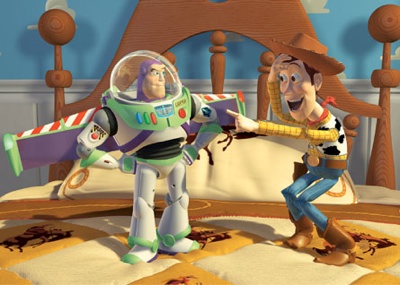 This film is about a boy’s toys, which come to life when he’s not around. It took 27 animators to make the 114,420 frames of animation that make up the film. Each character was made out of clay and then computer designed, before being assigned motion controls (Woody had the most, at 723, including 212 for his face alone). Every frame took between two and fifteen days to make, and 800,000 machine hours were required to complete the film.