[WARNING: This list contains adult material] Urban legends are often told as true accounts that happened to a ‘friend of a friend,’ and serve as mere cautionary tales told around a camp fire, or on a stormy night. However, some urban legends prey on our deepest fears, and are quickly spread by word of mouth and other media, propagating a sense of anxiety and insecurity, intended to incite reactions. The following urban legends transcended schoolyards and message boards, and found their way into talk shows and news outlets, causing a variety of emotions, while portraying a depraved and decadent society that is further being threaten and that must be protected. 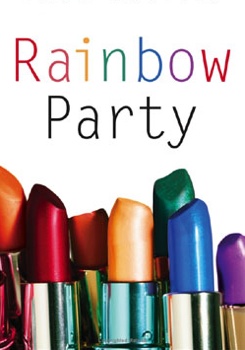 A rainbow party is a type of sexual party, said to be popular among adolescents, in which girls wearing different shades of lipstick take turns performing oral sex on the males attending the party, leaving an array of colors on their penises which vaguely resembles a rainbow. This urban legend was publicized on several talk shows and publications, leading parents to believe that rainbow parties were not only factual, but also rampant among teenagers. However, apart from questionable testimonials, little evidence exists that rainbow parties are real, and sex researchers, as well adolescent health care professionals, believe the practice to be inexistent and nothing more than the cause of a moral panic.

Discover more crazy legends with the Encyclopedia of Urban Legends at Amazon.com! 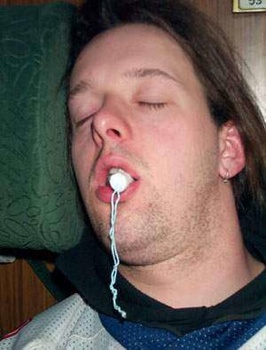 The rumor that both women, and men, are inserting vodka-soaked tampons into their vagina and anus respectively, as a new way to get drunk, quickly reached the status of an urban legend through the media coverage that it received, alarming parents about the dangerous practice prevalent among teens. Getting drunk via a vodka-soaked tampon purports several benefits, such as helping fool breathalyzer tests by eliminating alcohol breath, providing a quicker way to get drunk by speeding alcohol into the bloodstream, and preventing vomiting caused by intoxication; all of which seem credible. However, all these claims, except for getting people drunk faster by only a matter of minutes, have been proven to be false, leading to the question of why would anyone want to ingest alcohol in such a manner, and dismissing the story as a false urban legend. 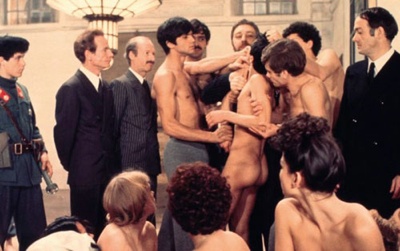 Said to portray the actual death or murder of those being filmed, snuff films continue to cause a tremendous stir by playing to people’s emotions, and by relying on their plausibility. While some people sustain that various snuff films have been distributed commercially, police investigations by various law enforcement agencies, including the FBI, have revealed that no snuff films have been produced, and that no market exists for such type of films, undermining the claims that snuff films are made for financial gain. While some deaths and murders have been caught on camera, such as suicides, and executions of death row inmates, none of them have been explicitly recorded for the purpose of entertainment or profit.

The story goes that a well organized, well funded, crime ring, with very skilled personnel is drugging travelers and surgically removing one of their kidneys, leaving the victims to wake up submerged to their neck in a bathtub full of ice. This urban legend has been associated with numerous major U.S. cities, from Las Vegas to Houston, from Houston to the City of New Orleans, in which caused quite a commotion on the days prior to Mardi Gras, prompting the New Orleans Police Department to issue an official statement declaring the allegations of kidney theft as “completely without merit and without foundation.” The National Kidney Foundation also took part in the fight to dispel the credibility of the legend, by asking individuals who claim to have been victims of kidney theft to contact them, so far no one has. 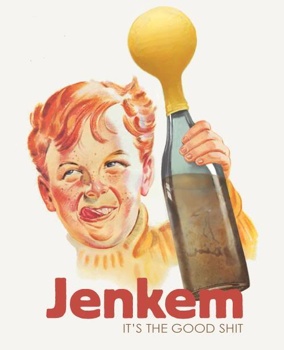 A drug made by fermenting raw sewage that causes a euphoric high followed by strong hallucinations, when its gases are inhaled. Jenkem took the world by storm, fooling several news outlets, including the Washington Post, that reported the drug as a new popular form to get high among American teenagers, and appealed to it gross factor by calling it “the human waste drug” and “butthash.” The media frenzy was sparked by an intelligence bulletin published by the Collier County Sheriff’s Office, which cited Jenkem as “a popular drug in American schools.” However, the information contained in the bulletin came from a source that later dismissed it as a hoax, and the belief that Jenkem was a new popular drug was based on nothing but gossip. 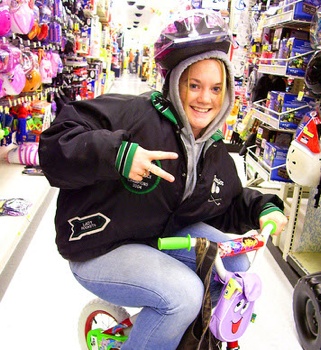 By addressing the issue of gangs, rumors that gang initiates were required to kill children or women at a Wal-Mart, as part of the initiation process, caused widespread panic and flooded police phone lines. The rumors portrayed those most vulnerable, children and women, as being at risk, and spread quickly through text messages and media coverage. Many people avoided shopping at Wal-Mart on the days following the surge of the rumor, failing to notice that it bore some similarities to another false urban legend in which gang initiates would kill unsuspecting drivers that flashed their headlights at them. The Wal-Mart gang initiations were said to take place in stores across the U.S. and even in the province of Alberta, Canada. Police departments in several states were quickly to reassure concerned callers, and issued statements declaring the rumors as “not credible,” “hoaxes,” and as “urban legends.” 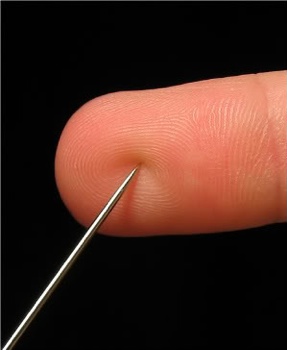 The hypothetical attacks involved injecting blood tainted with AIDS into unsuspecting targets, at movie theaters, raves, and night clubs. The unwary victim would feel a slight prick on their arm, and later discover a note attached to their clothes carrying the message ‘Welcome to the world of AIDS.’ Variations of the urban legend quickly spread through email, and some claimed to be a warning being circulated by the Dallas Police Department, which later declared the attacks as false, and not happening. Although attacks have been carried out by using syringes as weapons, in none of the attacks were the syringes contaminated with HIV or AIDS; except for one isolated event in Australia, in which an inmate at Sydney’s Long Bay Jail managed to jab a guard with a syringe filled with HIV-positive blood and a case in New Zealand in which a man intentionally infected his wife with a syringe of his blood. Prison guard, Gary Pearce, contracted the disease and died, despite the 1 in 200 chance of infection. The motive behind this urban legend was to frighten people and to keep them from visiting leisure establishments, by playing on the public fear of AIDS.

According to the legend, gel bracelets, also known as jelly bracelets, or ‘awareness bracelets,’ are being used by teenagers as a sexual code to indicate their willingness to participate in different acts, which range from hugging and kissing, to oral sex and intercourse. The acts are determined by the bracelet’s color, and if a boy snaps a girl’s bracelet off her wrist, he is awarded a ‘sexual coupon,’ which can be exchanged for the act that corresponds to the color of the bracelet. Several schools banned the bracelets as a response to the rumors of the bracelets’ hidden meaning, which in turn lead news outlets to believe that the rumors were in fact true, citing the banning of the bracelets as proof positive. Alarmed parents expressed shock and disbelief, ignoring the fact that gel bracelets served only as a fashion accessory, and that the urban legend of the bracelets being used as ‘sexual coupons’ was nothing more than wishful thinking on part of the adolescents. 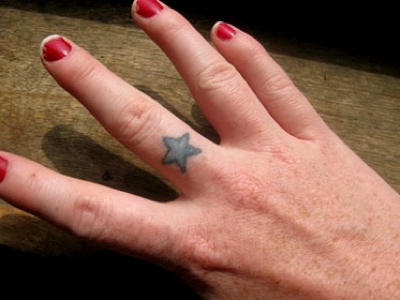 Playing on parents’ fears, and on society’s instinct to protect those who are most vulnerable, the blue star tattoos legend takes the form of a warning declaring that LSD laced rub-on tattoos are being distributed to children to get them addicted at an early age. The ‘warning’ has been attributed to several health institutions and police departments. Despite the fact that the information contained in the warning regarding the effects of LSD is inaccurate, and that LSD is not an addictive drug, the blue star tattoo legend continues to fool and alarm, parents, journalists, and school administrators. The legend resurfaces from time to time, bringing with it a familiar wave of panic and concern, regardless of the fact that no documented cases of actual LSD distribution to children exist. 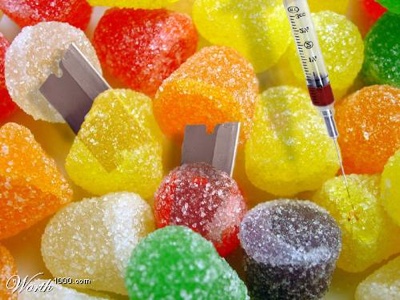 By far the most popular urban legend on this list, and the most widely believed to be true. Retold each year on the days previous to Halloween, it manages to instill unease, by casting doubt on the integrity of others. Rumors that unscrupulous people are handing out poisoned candy to unsuspicious children on Halloween, have become a staple of urban legend lore, due in part to the horrifying nature of the act, and to the mass media coverage that false claims of poisoned Halloween treats received. No evidence and no documented cases exist, that tampered candy is being randomly and knowingly distributed to children while trick-or-treating with the intent to harm or possibly kill. In one case of premeditated murder, however, a cyanide-laced Pixie Stix was given to a child by his father with the intention of killing him, and collecting the insurance money. Attempts at debunking this urban legend haven’t been able to put it to a rest, and as with all other urban legends on this list, it continues to be passed off as true, causing a moral panic despite its obvious falsity and blatant sensationalism.