Having reached the end of the first decade of the new millennium, it’s time to look back at all the things that helped shape the cultural heritage of our ever globalizing society. It seems amazing that it was nearly ten years ago when the entire world rang in the new millennium with style. From Tokyo to London, New York to Sydney, Rio De Janeiro to Cairo, the fireworks and celebrations were extraordinary. We’ve come a long way since. Did anyone think they would be holding a powerful phone in their pocket and take that power for granted today, ten years ago? Did anyone really grasp the ability for computers and the internet to permeate every aspect of our day to day lives? And did anyone think the Rolling Stones would still be touring? Well, here are the ten moments, ideas, and innovations which defined the decade. The list is broken into ten different categories, with at least one runner-up listed for each. 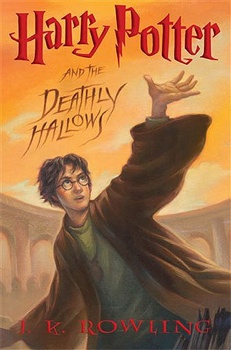 In 1997 an unknown writer named Joanne Rowling finally got her break upon the publication of a novel she had been working on for seven years, Harry Potter and the Philosopher’s Stone. What followed was nothing short of mania. The series, with seven books planned from the start, became a global phenomenon. By the time the final book was published in 2007, the Harry Potter series had turned Rowling into a billionaire, one of the runners-up for Time’s “Person of the Year”, and easily the most influential children’s writer of her era. An entire generation grew up along with Harry, Ron, and Hermione, reading thousands of pages in a time where most children are watching TV. Harry Potter became famous for its cult-like following, with millions of kids everywhere waiting outside bookstores for midnight parties on release dates. Over 400 million copies of the books have been translated into 67 different languages. Along with tie-in merchandise and movie deals, the franchise is worth an estimated £15 billion. Many groups attempted to ban the books, arguing that Rowling was brain washing kids into practicing magic and believing in the occult. Most of their criticism has been ignored, especially by the college students playing quidditch matches on campus, and Oxford English Dictionary, who in 2003 entered “muggle” into its lexicon.

Perhaps the most annoying of all entries on this list, reality TV has changed the landscape of television over the past decade. While different shows can fit the general description of reality TV, it really began with in the UK with Pop Idol in 2001. The winner of the first season was Will Young, who has had a modest career since. American Idol took off a year later, and every week gains more votes than the US presidential election. Other reality TV shows took off at the same time and have had a huge effect on television, such as, Survivor, Big Brother, The Amazing Race, and The Real World. Jeff Zucker, the Chief Executive of a rival network remarked that, “I think Idol is the most impactful show in the history of television”. 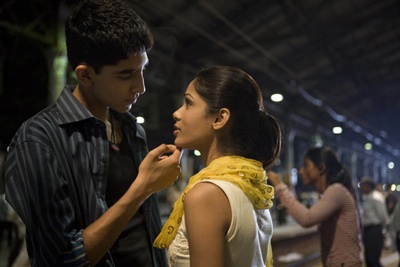 Danny Boyle created a masterpiece in 2008 with his film Slumdog Millionaire. Based on the book “Q&A” by Vikas Swarup, the movie tells the tale of an impoverished young man and his chance to make millions on the Indian version of “Who Wants to be a Millionaire?” He answers question after question based on chance encounters throughout his life, such as how he knows who is on a US 100 dollar bill. We learn that the young man, played by Dev Patel, is not interested in the money, but in finding his lost girlfriend. Slumdog Millionaire took the world by storm, grossing $377 million. It also won 8 Academy Awards, including Best Picture. It has been acclaimed as being a small representative of the future of film, because of its international cast, crew, and audience. Joe Morgenstern called it the “world’s first globalized masterpiece”. 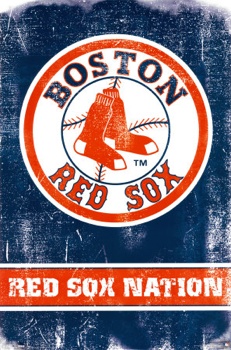 Down three games to zero against their fiercest rival, the New York Yankees, in the American League Championship Series, the Red Sox were down to their final inning when the magic began. Even with superstar closer Mariano Rivera on the mound, the Red Sox were not going to be denied. They scored the tying run, and eventually won the game in the 12th inning. Game 5 went to 14 innings, and game 6 was decided by just two runs. In game 7 however, the Red Sox cut the Yankees loose with a 7 run victory to become the first team to ever come back from a 3-0 series deficit and win. But, their job was not done yet. The Red Sox had gone 86 years without a World Series title, and were not going to go home empty handed. In fact, they swept the Cardinals in 4 games to win the championship, in what analysts would later call “the greatest story baseball ever told”. 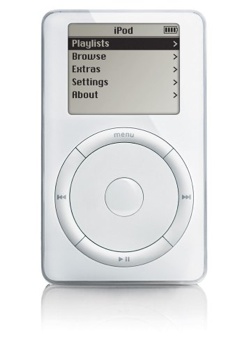 Steve Jobs didn’t invent the mp3 player, but he did revolutionize it. In October of 2001, Apple introduced the world to the iPod, and perhaps they didn’t even realize what they were doing. Previously, mp3 players were unpopular because they were fragile, had short battery life, or were simply not sexy and fashionable. Apple saw the flaws of these products and attempted to fix them all. Eight years later, it’s hard to find a teenager or young adult without an iPod. Over 220,000,000 iPods have been sold throughout the world, making them the highest selling digital audio player. It has also changed the music industry itself. Any small musician, looking to make it big, can get his music in the iTunes store, and theoretically propel himself to stardom. Interestingly, there are studies being done that argue iPods are making kids more anti-social, because they can turn on their music instead of socializing. Even if you “are a PC”, you must admit that Apple was doing something right when they introduced the iPod. It was called just a fad, but others insist that social networking sites have become one of the biggest shifts in human interaction since the invention of the telephone. Social media has overtaken pornography as the #1 activity on the internet. Consider that it took the radio 38 years to reach 50 million users, but it took facebook less than 9 months to reach 100 million users. Twitter played a pivotal role in the 2009 Iranian elections, and yet all the popular news feeds were over taken on the day Michael Jackson died. With nearly 93% of college students using facebook or another form of social networking, these sites are already having a massive effect on human interaction. Social networking is fundamentally changing the way the world communicates. 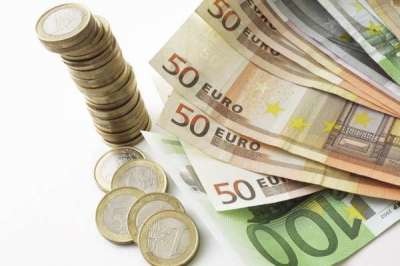 The second most widely used currency in the world was formally introduced in 2002. The euro, primarily used by members of the European Union, is also used by millions of people on other continents. 16 members of the EU are obliged to adopt the euro eventually, with the United Kingdom and Denmark exempt. Many African counties have also adopted it unofficially and some countries have negotiated usage. There are now 23 countries using currencies directly pegged to the euro. Behind the US dollar, the euro has become the second largest reserve currency and the euro also has the more value in circulation than any other currency. With close to 500 million people worldwide using the euro, its use and expanding use will help shape our future and hopefully lead us into a stage of macroeconomic stability. 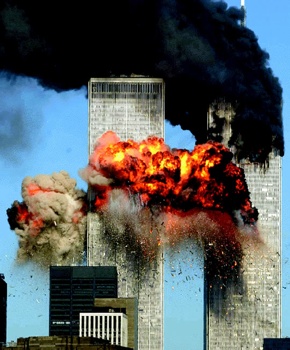 On September 11, 2001, four airplanes in the United States were hijacked by Muslim extremists and crashed into various locations. Two were crashed into the Twin Towers of the World Trade Center in New York City, one was flown into the Pentagon Building in Washington DC, and in the fourth plane, civilians overtook the terrorists and the plane crashed into a field in Shanksville, Pennsylvania. Nearly three thousand people were killed in the attacks. Al-Qaeda, a terrorist group centered in the Middle East, and its leader Osama Bin Laden were blamed for the attack. The New York Stock Exchange, which makes its home only blocks away from the WTC, had its largest one day drop in history when it re-opened. Following the attack, President George W. Bush started his War on Terror, which has led to major conflicts in Afghanistan and Iraq. The long term effects of the attacks are still being felt today, and will continue to shape the world for years to come. 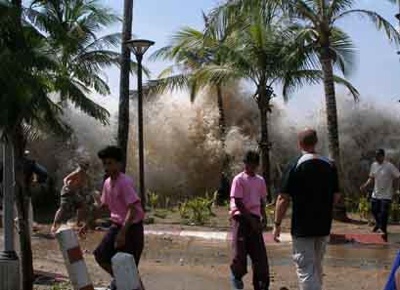 The second largest recorded earthquake in history occurred on December 26, 2005, in the middle of the Indian Ocean. The resulting tsunami killed nearly 230,000 people and displaced over one million. Deaths occurred in fourteen different countries, and Indonesia suffered the worst fatalities. Tourists, mostly from Europe, were also killed during this peak travel time, with over 9,000 deaths. The tsunami is believed to have been the deadliest natural disaster since the 1976 Tangshan earthquake. In the aftermath, entire cities had been destroyed. Rural areas had been completely wiped out. The rest of the world responded with relief aid estimated at over ten billion US dollars. Despite the efforts, the countries most affected are still in the process of rebuilding, and many may never be the same. 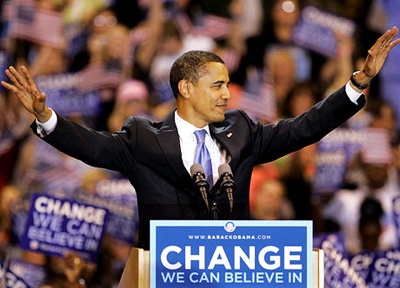 In a nation still bearing the scars of its Jim Crow past, the people of the United States made a huge move toward true racial equality in 2008 by electing Barack Obama, the nation’s first black president. President Obama won the Electoral College by a staggering 192 votes over his opponent Senator John McCain. The triumph of “change” was approved all around the world. An international poll showed an average of 49% worldwide in favor of Obama, while McCain only garnered 12%. President Obama had some strong ideas and plans for the future, and only time will tell if he can truly come through with them.