If there is one superhero in all of fiction that could be said to stand alongside Superman in terms of sheer popularity and depth of lore, it would be Spider-Man. Since 1962, Peter Parker, victim of the radioactive spider bite that changed the face of American fiction, has been a beloved character and role model to kids, teens, and even adults across the world.

The web-slinging, wall-crawling wise-cracker has espoused the idea that power and responsibility are inextricably linked, and that it is our duty as human beings to help who we can, and for this he has been loved (and highly profitable) for at least 3 generations now.

Unfortunately, even the most wholesome and kind characters aren’t immune to having a skeleton or two in their closets, and Spider-Man has an entire graveyard stuffed into his. From murder to maiming and back again, here are the 10 darkest moments in Spider-Man history. 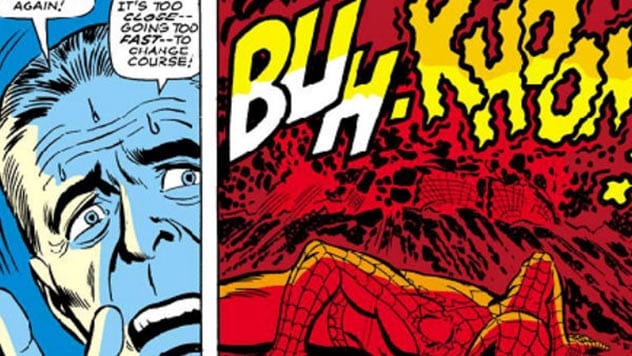 When most people think of Spider-Man, one of the first things that comes to mind is his policy on killing. The wall-crawler, like Batman, has a strict policy on capturing criminals rather than killing them. Unfortunately for the criminals, this hasn’t always been the case.

Enter a villain named Finisher, a former assassin contracted out to notorious boss villain Red Skull. Finisher is an assassin who is so good at his job that he only requires a piece of cloth to track his target, like a bloodhound with a rocket launcher. When tracking Spider-Man, the deadly assassin found him easily, and proceeded to fire a rocket at the hero! Spider-Man jumped out of the way, and redirected the projectile back at the villain…killing him on the spot.[1]

9 Possessed By A Villain 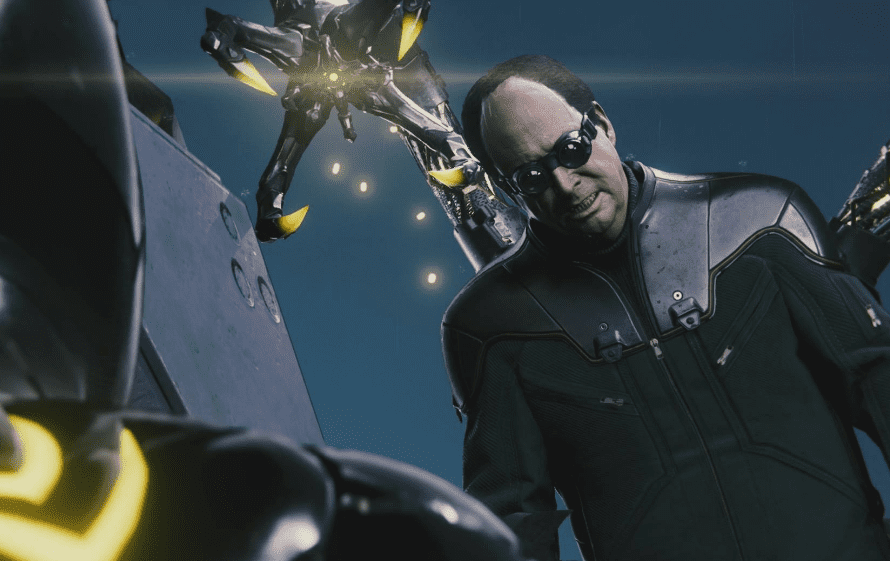 The evil (and one might say mad) scientist downloaded his brain into Peter’s brain stem, and from there suppressed the real Peter, taking over his mind like a cyberpunk future version of a demonic possession. This led to “Peter” acting reckless, aggressive, and without care or mercy, leading to him being expelled from the Avengers and publicly disgraced (the great delight of J. Jonah Jameson, everyone’s favorite hero-critical journalist).

Although Peter managed to wrestle control of his body back from Doc Ock in the end, the damage was already done, and his reputation (and sense of self) permanently tainted by Doc Ock’s influence.[2]

8 The Death of Gwen Stacy 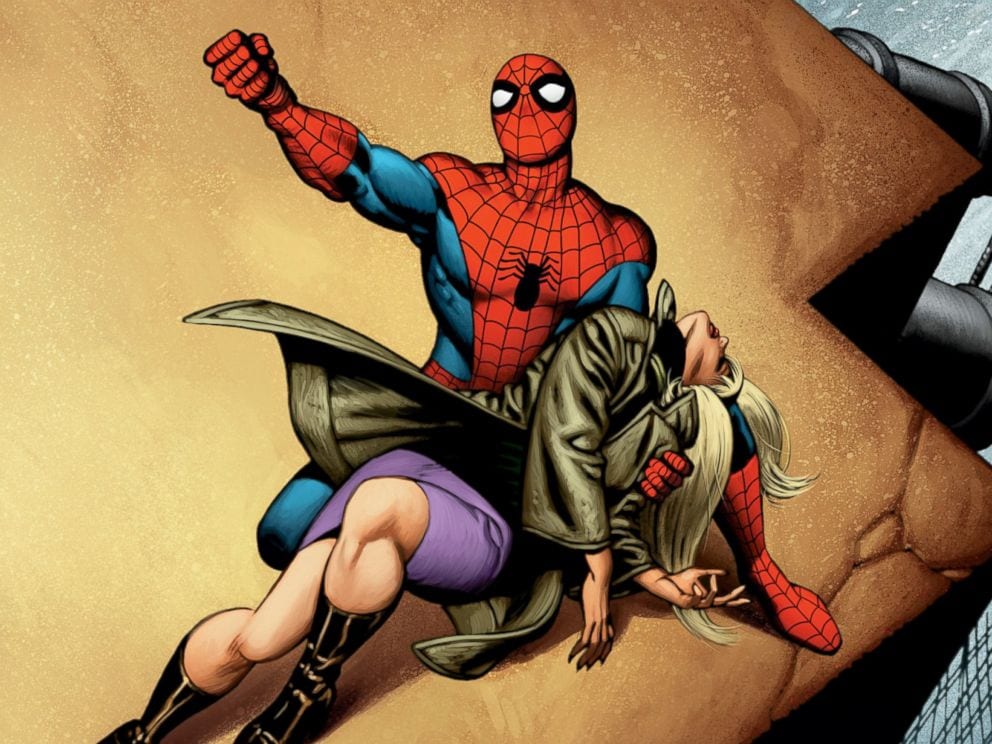 A moment often regarded as one of the most important in the history of the character, the death of Gwen Stacy, is also remembered as his greatest mistake. In a famous scene from the comic (and surprisingly shown in the movie ‘The Amazing Spider-Man 2’), A-list villain Green Goblin threw Gwen off of a high ledge and Spider-Man, thinking quickly, tried to save her with a line of webbing. The web-slinger did what he does best, and slung a rope of web, which attached to Gwen’s back and stopped her descent towards a gory demise. The act was intended to save her from becoming a blood smear on the concrete.

Unfortunately for Peter (and of course Gwen, and the audience), it instead had the opposite effect. The whiplash from the sudden stop broke her neck, killing her instantly.[3]

During the infamous Clone Saga, there was an issue where Ben Reilly (another of the Spider Clones) and Peter Parker had a little dispute over who was the real Spider-Man and who was the clone. Some tainted DNA evidence and a few tests later, and it’s revealed that Peter Parker is the clone!

This was, of course, simply a lie designed to aid Ben Reilly, but this news did not settle well with Peter. In fact, the news so disturbed him that when Mary Jane, who was pregnant at the time, attempted to comfort him, he hit her, throwing her across the room. The intent was simply to brush her hand off of him, but Spider-Strength being what it is, he instead delivered a strong slap that sent her flying across the room. The good news is that they got past the incident and went on to raise a family together, but how do you ever really forget something like that?[4]

6 He Killed Kraven The Hunter 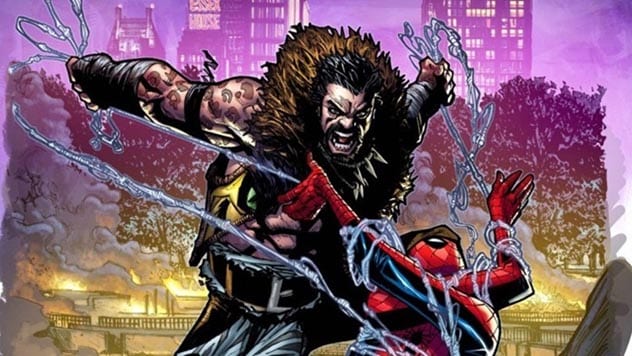 In another possible future for the wall crawler, this one led by a Peter whose decision was to kill his enemies rather than turn them in to face justice, Spider-Man was a murderer not by chance or by spur of the moment actions but by cold, calculated choice. It all started with Kraven the Hunter, a demented villain who, as his name suggests, hunts our hero Spider-Man as if he were an animal, stalking him through the streets of New York like a panther tracking an injured rabbit.

Eventually, his hunt takes him too far, and leads to him killing Kaine (a Spider Clone) and Martha “Mattie” Franklin (a Spider-Woman). A huge mistake for Kraven, who would soon learn that a cornered spider can and will bite!

In grief and rage, Peter turns the hunter into the hunted, and slaughters Kraven in a brutal act of vengeance and fury. Peter was then expelled from The Avengers and hunted by the police for his crimes, as he began a slow descent into the life of a super powered serial killer.[5]

5 The Breaking of Harry Osborn 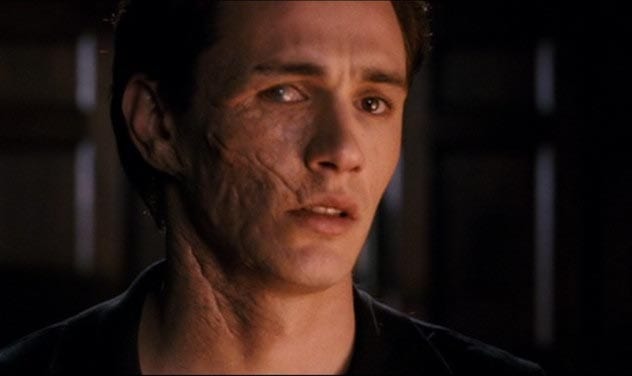 Moving away from the comics and their many alternate universes, one particularly dark moment comes to us from the movies, specifically the third of the Sam Raimi/Tobey Maguire trilogy. While under the influence of the alien creature known as a ‘symbiote’ that would later become Venom, Peter confronts Harry Osborn and, as expected of anything involving an angry ball of alien slime, the confrontation turns sour, with our hero (anti-hero? Villain? The lines become so blurred in this film) taunting and tormenting an injured and psychologically damaged Harry.

This fight between former friends comes to a head when Harry throws a pumpkin bomb towards Peter, who catches it with his web and purposefully redirects the exploding Halloween ornament back at Harry, not as a split second reaction but as a calculated tactic to hurt his former friend as much as possible. The explosion leaves Harry horrifically disfigured, and shows just how far apart the two have become, as well the darker side of the web-slinger. It’s one thing to redirect a rocket towards an enemy, another entirely to explode a friend.[6]

4 As A Sentient Zombie, He Ate His Aunt May 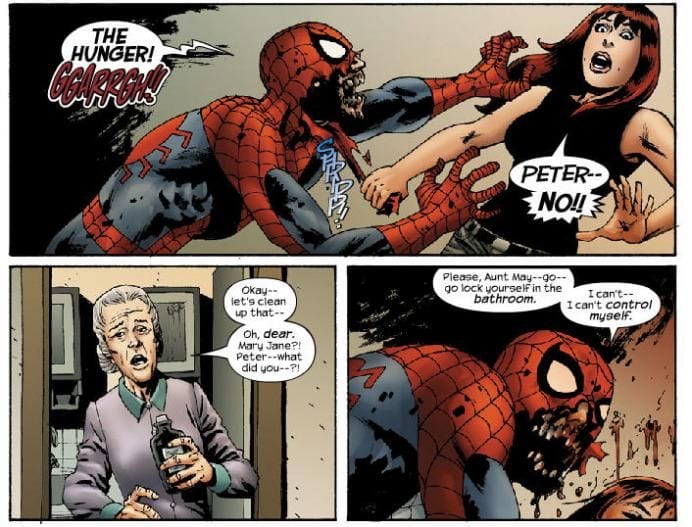 In an alternate reality nestled among the endless sea of the Marvel multiverse, there exists a place known as Earth-2149, a place where all the Marvel heroes (barring of course the non-organic heroes and those with total control over their bodies) have become infected with a horrific virus. This virus left the heroes with rotting flesh, an unending hunger, and all of their sentience but none of their self control, which would in time prove to be the worst part of the infection.

In this universe, Spider-Man, already rotting away, had swung his way home to warn his aunt and girlfriend about the spreading infection, only to then lose control and devour them alive and screaming! His guilt over the act would haunt the zombie Peter all the way through the comic’s run right up until his last appearance in the story, where he pulled off his own face to avoid seeing his former self.[7] 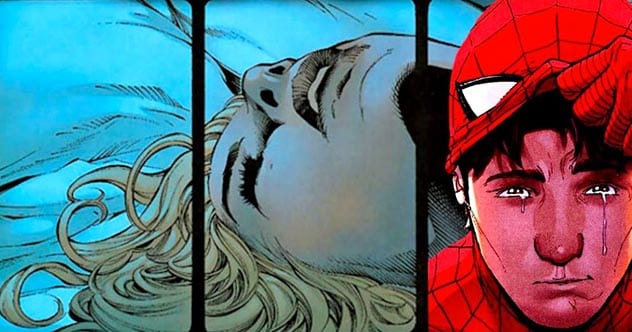 In what sounds like a bad April Fools Day joke, an alternate universe Spider-Man once gave Mary Jane cancer via sex. The story, which was set in a dark, gritty possible future of Spider-Man, had a lot going for it at first. There were depictions of hallucinations of deceased loved ones, a corrupt mayor, foul things afoot in the city, everything you need for a gritty Spider-Man comic. It looked to be a riveting story for fans, poised to go down as one of the greats, a Spider-Man turned Batman arc.

That is, until it was revealed that the main source of conflict is that Peter feels immense guilt for killing Mary Jane with radioactive sperm. According to the comic, the radioactive spider that bit him turned him into a radioactive Spider-Man, and therefore making love to Mary Jane was the equivalent of giving her a radioactive booster shot every single time. Yikes![8]

2 He Sold His Marriage To The Devil 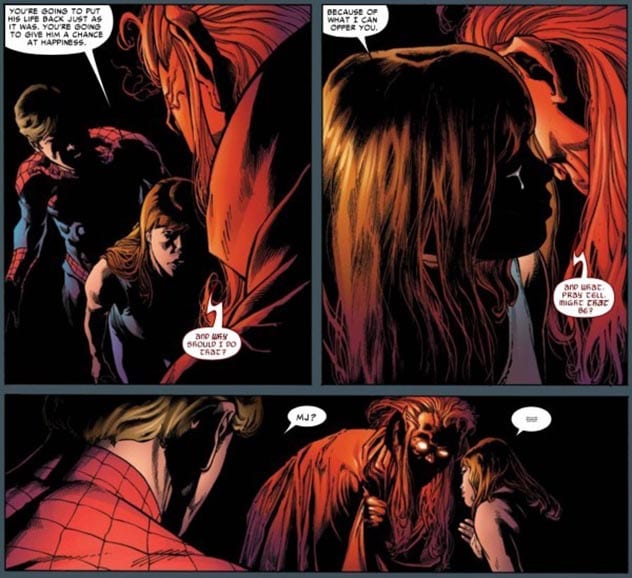 In another moment so infamous that many have called it the worst Spider-Man moment of all time, the arc One More Day shows Spider-Man being given a choice between keeping his marriage with Mary Jane, the woman of his dreams, whom he had been chasing after for years, or curing his aunt of her illness.

This choice was presented to him by the literal Devil of the Marvel universe. At one point, Jesus Christ himself came down from Heaven to tell Peter to let his aunt go, so that she could finally be at rest. Peter instead made the deal, trading his life with Mary Jane for his aunt’s health in a move that more or less pushed the reset button on several aspects of his personal background. While the choice to save Aunt May came as little surprise to readers of the comic, it was still recorded as one of his darkest moral moments.[9] 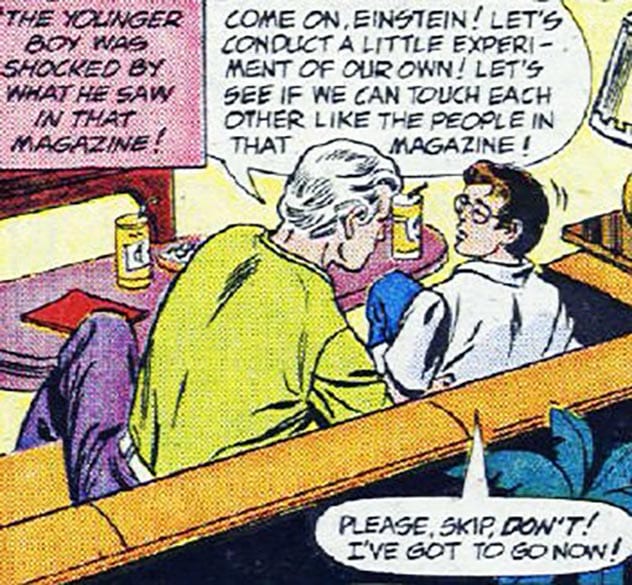 One little known fact about Peter Parker comes from that glorious time in comic book history: the ’80s, when PSAs were everywhere and nothing was safe from a character looking directly at the camera and telling you to never even think about drugs, sex, or rock-n-roll.

One such PSA comes to us in Spider-man and Power Pack, a comic that definitely meant well with its message against sexual abuse. What it did in practice, unfortunately, was horrify many readers in a scene where a young and vulnerable Peter is molested by a family friend. While nothing explicit is shown, it’s made clear what happened to the unfortunate young hero.

The story has no doubt helped several abuse victims feel less alone, but to many of us, this moment was a dark, horrific scene that came out of nowhere and left a lasting sense of unease in its wake.[10]