Ok, enough with the prehistoric beasties for now. This list is about living animals that are interesting on their own, but are seldom mentioned, and always overshadowed by their more famous, closest relatives. Enjoy! 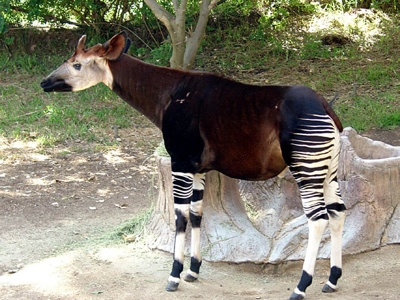 Although well known to Egyptians in ancient times, and to pygmies since prehistory, the Okapi’s existence was only confirmed and accepted by western science in the 20th century. At first, scientists thought it was some kind of forest dwelling zebra, because of the stripes on its legs, but now it is known to be the closest and only living relative to the giraffe! Just like the giraffe, the Okapi is an usually peaceful vegetarian with a very long, bluish gray tongue that comes in handy to clean its eyes, ears and nostrils… both inside and out. Adult Okapis are about 2 meters tall at the shoulder; that’s much smaller than the giraffe, but they are still one of the largest animals in the African rainforests. Seldom seen and rarely displayed in zoos, the Okapi is only found in the Democratic Republic of the Congo, although it was likely more widespread in ancient times. 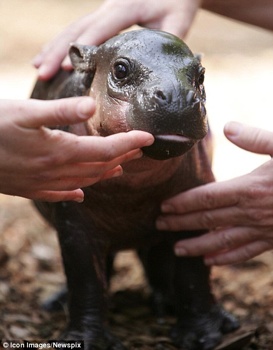 Few people know that there are actually two kinds of hippos; there is the big, nasty, extremely dangerous classic hippo Hippopotamus amphibius, which gets to appear a lot in Animal Planet, and there is the Pygmy Hippo, which is seldom seen in the wild, let alone filmed or photographed. Most of what is known of them comes from captive specimens. Just like the Okapi, the Pygmy Hippo was unknown to science until recently (in this case, the 19th century). They look like smaller, cuter versions of the larger hippo, but they have somewhat different habits; for a start, they spend more time on land and live alone or in small groups, instead of gathering in huge herds like their larger relatives. They are only found in the rainforests and swamps of Western Africa. 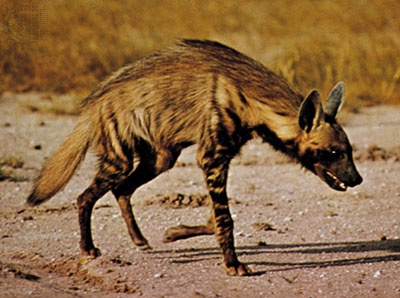 The proteles or aardwolf is the least known member of the Hyenidae family, the one that includes the infamous spotted or “laughing” hyena. But while the spotted hyena is a large, dangerous predator, able to take on zebras and wildebeest, the much smaller proteles (up to 10 kgs) feeds almost exclusively on termites and other insects. It has very weak jaws and teeth and a long sticky tongue to collect its prey; it can eat up to 200.000 termites in one single night. Although harmless to humans, the proteles will defend itself bravely if harassed; the erectile mane on its back makes it look bigger and more dangerous than it really is, scaring away potential predators. Proteles are found in Southern and Eastern Africa. 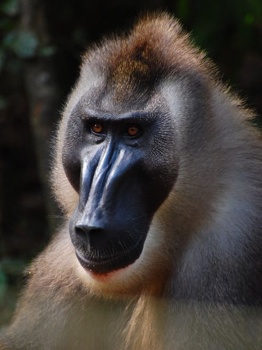 Most people is familiar with the spectacular, bright colored mandrill (the largest monkey in the world), but very few have ever heard about the drill, its closest relative. Drills are found in a small region of Western Africa and are seriously endangered nowadays, due to the bush-meat trade (basically, locals are eating these monkeys to extinction). They look very similar to mandrills but have black faces and red chins; females are smaller and less colorful than males. They feed on anything they can find, from grass and fruits, to small animals. 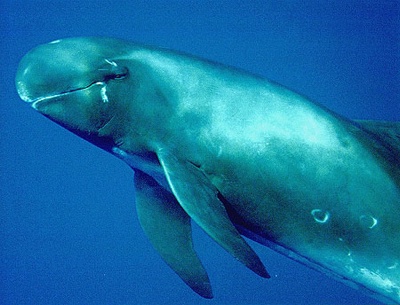 While orcas (popularly known as killer whales) are one of the most popular marine animals nowadays, pygmy killer whales are very little known to the public. They were confirmed as a new species in 1952, although they had been reported long before this. Pygmy killer whales lack the white markings of their larger relatives, and have a completely different “personality”; while orcas are seldom known to attack humans, pygmy killer whales seem to be very aggressive and to regard humans as prey. They have even said to behave “rather like sharks” when held in captivity. It is also known that they attack other cetaceans, sometimes much bigger than themselves. Pygmy killer whales live in all the oceans, except for the polar regions, but are very rarely seen. 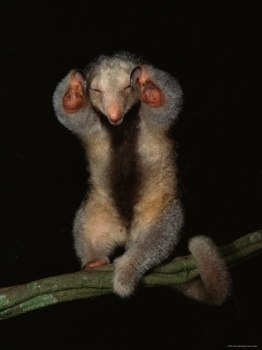 The Giant Anteater of Central and South America is rather well known (although still bizarre and often confused with other animals such as the aardvark). However, its smaller relative, the Silky anteater, is almost never heard of, even in those countries of which its native. Silky anteaters are squirrel-sized tree-dwellers and they seldom if ever go down to the ground; they live in rainforests in Mexico, Central and South America and rely mostly on camouflage to evade the attention of predators. But if they are cornered, they can deliver surprisingly powerful blows with their sharp, curved claws. Once again, this is a rarely seen creature, active mostly at night. 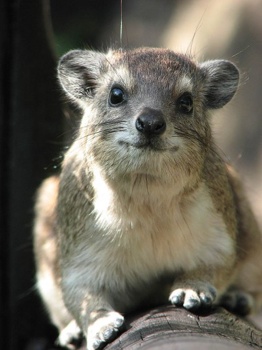 There are four species of these small, chubby, Guinea pig-like animals, all of them found in Africa and the middle East (although they also lived in Asia and Europe in prehistoric times). Despite their rodent-like appearance, however, hyraxes are actually more related to elephants! Indeed, hyraxes share a number of anatomical and physiological features with elephants, including small tusks and excellent memory. They feed on plants and live in very arid habitats. They have sticky toe pads that allow them to climb up trees and rocks at high speed without slipping. 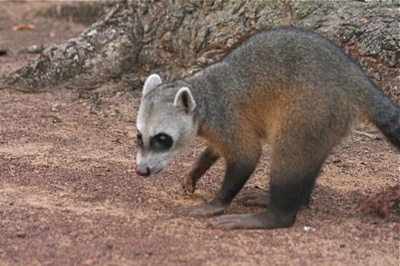 The raccoon is well known by almost everyone, being an usual denizen of forests, parks and surburbs in most of North America; they were also introduced in Europe and parts of Asia. However, its close relative, the crab-eating raccoon, is seldom mentioned. Found in tropical swamps and jungles in Central and South America, this species feeds on anything it can find and not only crabs, although it does seem to spend more time in or near water than its better known relative. It is (again) a solitary, nocturnal and seldom seen animal. 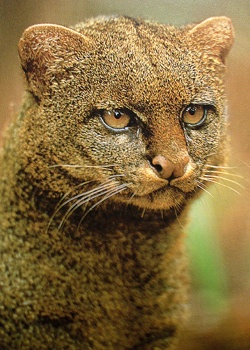 Although you may think that the closest relative to the Mountain Lion is the African Lion, in reality that title goes to the jaguarundi, a smallish (up to 9 kgs) cat with a long slender body and rather weasel-like proportions found in southern US, Mexico, and Central and South America. Jaguarundis were formerly classified as a separate genus of cats, Herpailurus, but genetic testing revealed them to be the closest living relatives to mountain lions, so close in fact that they were included in the same genus, Puma. Unlike mountain lions, however, jaguarundis are harmless unless harassed, feeding on fish, small birds, rodents and lizards. They are nocturnal and very rarely seen. 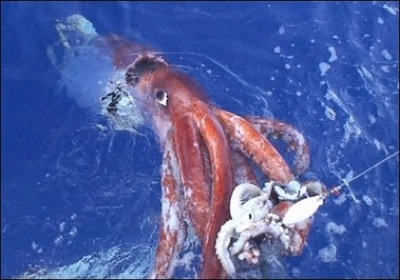 Everyone has heard about the giant squid, but the colossal squid is just starting to achieve its well deserved fame. Colossal squids are found in the oceans around Antarctica, and were only recently photographed alive. Measuring up to 14 meters long and weighing up to 200 kgs, it is easily the largest invertebrate in the world. It also has the largest eyes of any living animal; these eyes allow it to see in the dark, an useful ability for an animal that spends most of its life in the deepest parts of the sea. Colossal squids are powerful, formidable predators armed with eight arms and two long tentacles; unlike the giant squid, which is armed with suction cups only, the colossal squid has both suction cups AND “tiger-like claws” on its tentacles, which allows it to catch bigger prey and to defend itself against its two main enemies, the sperm whale and the giant sleeper shark, both of which can sustain serious injury while trying to attack one of these squids.