Prehistory squeezed out an inexhaustible list of captivating creatures. Everyone already knows about the raptors, mammoths, saber-tooth tigers, and similarly legendary beasts, but that’s barely scratching the surface of nature’s creativity.

From sea lion–like whales that popped above water to give birth to the VW Beetle–sized armadillo that gave up its shell for the benefit of humanity to a terrible armored frog that snatched up cute little baby dinosaurs, the prehistoric world was teeming with fascinating but little-known life-forms. 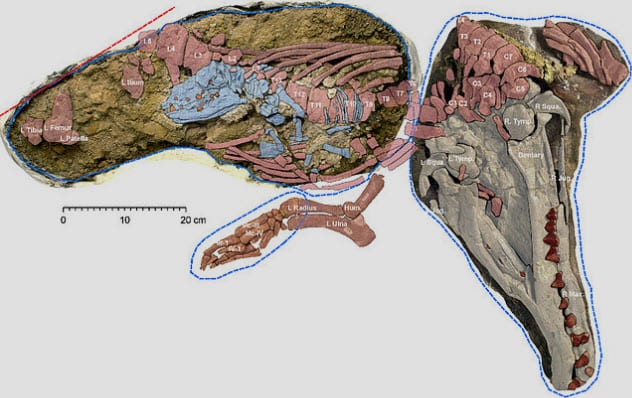 Protocetids, the primitive whales of 50 million years ago, looked mind-blowingly goofy. They were relatively small, only about 2–5 meters (7–16 ft) long. And they had four ridiculous limbs that ended in hoofed flippers.

These weird appendages allowed creatures like Maiacetus inuus to flop about on land like a sea lion as the lineage of early whales split from their goatlike and cowlike ancestors and took to the waves.[1]

Protocetids fed in the water but emerged onto land for other daily activities, including sleeping, mating, and giving birth.

One delectably rare fossil of a pregnant mother and her unborn calf supports the land-birth theory. The 48-million-year-old calf is positioned headfirst in the womb like land mammals whereas aquatic creatures are positioned tailfirst to avoid drowning before the end of labor.

9 Bus-Sized Crocodiles That Ruled The Seas 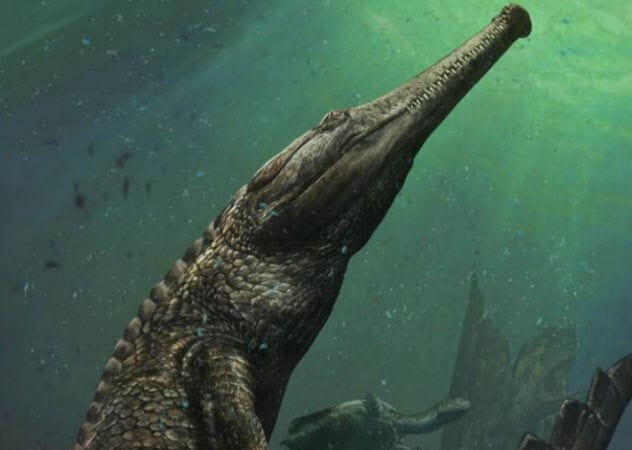 Machimosaurus rex was discovered within 120-million-year-old rocks on the edge of the Sahara in Tunisia in an area that was once an ocean-facing lagoon.[2]

Like the modern crocs on Nat Geo and Science, Machimosaurus made its living as an ambush predator. It snapped up sea creatures as well as land creatures that ventured too close to the shore. And with its short, rounded teeth, it could have easily ground prehistory’s large turtles into dust.

It’s the largest sea-dwelling crocodile ever—three tons and 9 meters (30 ft) of fury—with a skull that surpasses 1.5 meters (5 ft) in length.

8 Bitey Otters That Grew As Large As Wolves 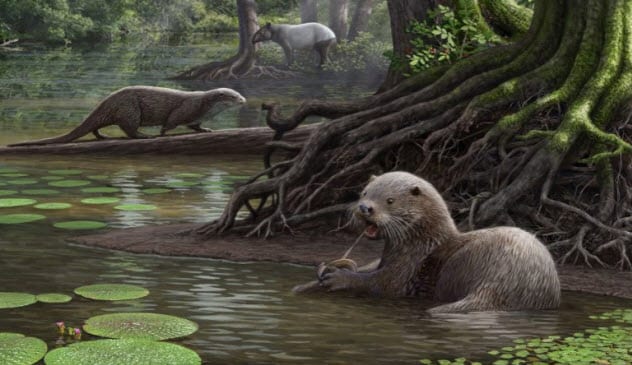 Around six million years ago, the wetlands and swampy forests of southwest China housed wolf-sized otters that could mess you up spectacularly. The 50-kilogram (110 lb) Siamogale melilutra wasn’t just big, it was a top predator with a surprisingly strong bite.

Typically, jaw sturdiness decreases as otter size increases. But S. melilutra was an evolutionary outlier with jaws that killed and crunched much larger, tougher prey than any existing otter.

Unlike modern otters that feast on plants and small animals, including rodents and crabs, S. melilutra chomped through the thicker shells of large mollusks and turtles and even through bird bones for additional nutriment.[3]

7 A Dinosaur Equipped With Sails 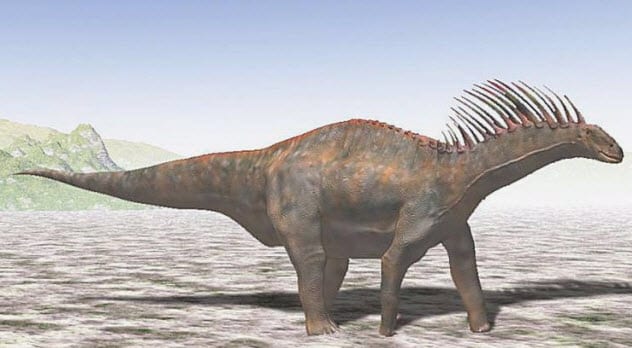 Amargasaurus was a sauropod (think brontosaurus but smaller) about 9 meters (30 ft) in length and relatively light at just three tons. It lived during the Cretaceous period 130 million years ago and munched on plants.

But unlike other sauropods, it had two rows of spines that ran down its neck and back. The spines are of uncertain purpose, but maybe they were covered in bone and used for self-defense.[4]

Alternatively (and the cooler option), the spines may be scaffolding for two parallel sails.

These impressive skin flaps could have helped to dissipate heat. Or the sail may have been used for mating displays and then was evolutionarily selected because lady Amargasauruses preferred prominent spines and sails—and you know they all did. 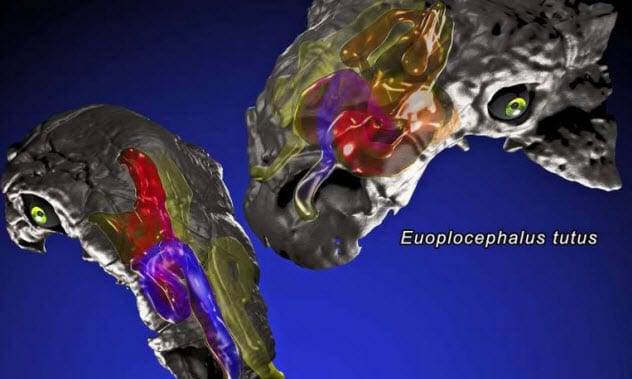 Massive dinosaurs like the heavily horned and armored ankylosaurs countered their higher risk of overheating with convoluted nasal passages that worked as a natural AC.

In addition to smelling things, noses also heat and humidify inhaled air. In birds and mammals like us, a furl of bones and cartilage improves heat exchange by increasing surface area. But for ankylosaurs like the hippo-sized Panoplosaurus and the rhino-sized Euoplocephalus, evolution followed a different route.

CT scanning and fluid dynamics revealed “insanely long nasal passages coiled up in their snouts” which researchers liken to crazy straws. And they helped a lot. Just by playing with nasal passage geometry, evolution found a way to increase the gigantic dinosaurs’ heat-transfer rates by 50 percent.[5]

5 Pterosaurs May Have Been Feathered 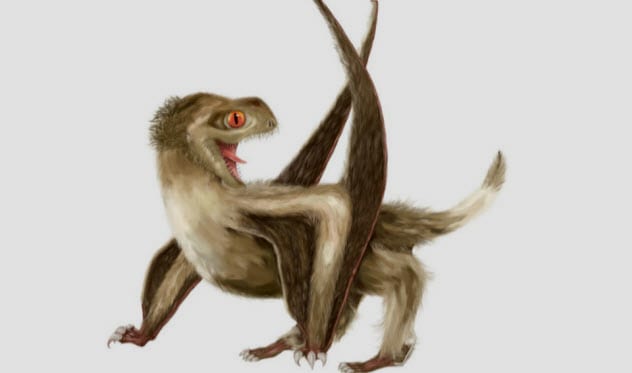 Around 230 million to 66 million years ago, the fearsome flying reptiles known as pterosaurs ruled the skies and terrorized the dinosaurs. And it goes that pterosaurs were covered in fur-like pycnofibers.

But recent research contends that they sported a full spectrum of feathers, according to 160-million-year-old remains uncovered at the Daohugou Formation in Mongolia. The remains are so finely maintained by nature’s serendipity that they apparently preserved detail all the way down to the individual feather.

They also suggest that pterosaurs had four different types of feathers about 80 million years before such things appeared on dinosaurs and birds.[6] 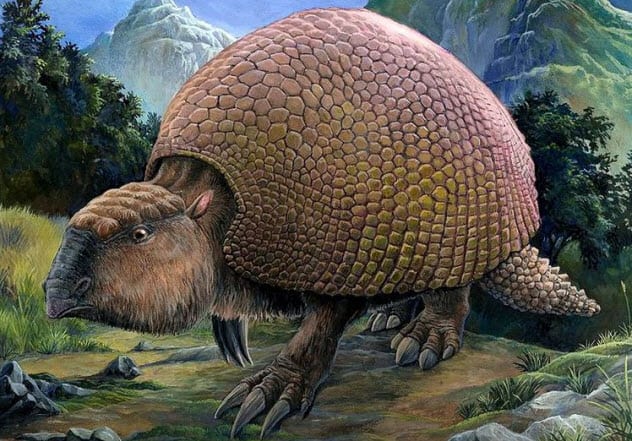 The Glyptodon was an ancient armadillo. Like other prehistoric beasts, evolution scaled it up to “holy crap” proportions. This giant antediluvian ‘dillo grew to 3 meters (10 ft) in length and weighed a ton, matching a Volkswagen Beetle.

Like the modern armadillo, it carried dome-like armor made of bony plates. But other than its appearance, it wasn’t too threatening to others because it ate plants in its native South American swamplands. It didn’t even have a weaponized club-tail like its fellow glyptodonts.

The Glyptodon showed up on the evolutionary scene two million years ago and disappeared around 10,000 years ago—probably with a lot of help from human hunters, who sometimes used its discarded shell for temporary shelter.[7]

3 The Frog That Ate Baby Dinosaurs 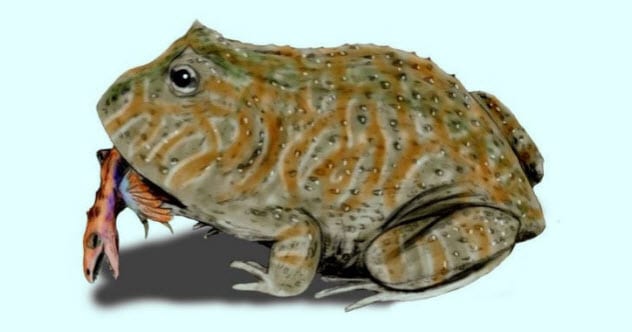 The pugnacious Beelzebufo lived around 70 million years ago in Madagascar, the land of oddities. And it was disgustingly big. It weighed in at 5 kilograms (10 lb) and measured 41 centimeters (16 in) in length like a bumpy, slimy beach ball.

It had a cranial shield to protect its noggin and insane bite strength which helped it to ambush its prey, as per modern horned frogs. According to researchers, it could have crunched baby dinosaurs with a bite that imparted 2,200 newtons, as much force as a wolf or even a tiger.[8] 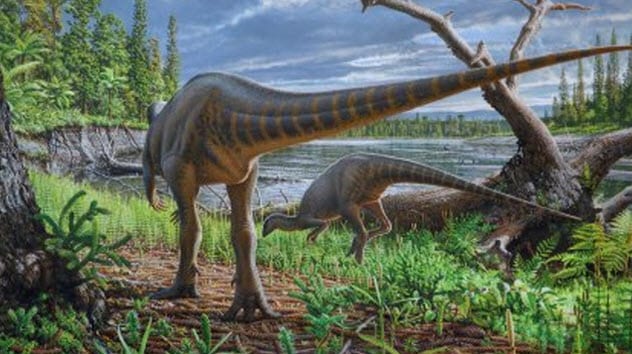 Based on scant remains, including a complement of tail bones and a bit of foot found in Australia, researchers pieced together the ornithopods’ Diluvicursor pickeringi. This beaked, turkey-sized animal straddled the edge of the Antarctic Circle 113 million years ago when Antarctica and Australia were still connected.

This dino was built for agile running with a short, muscular tail and stout, powerful legs. But it only terrorized plant life, feasting on mosses, ferns, seeds, lichens, and possibly flowers.[9] 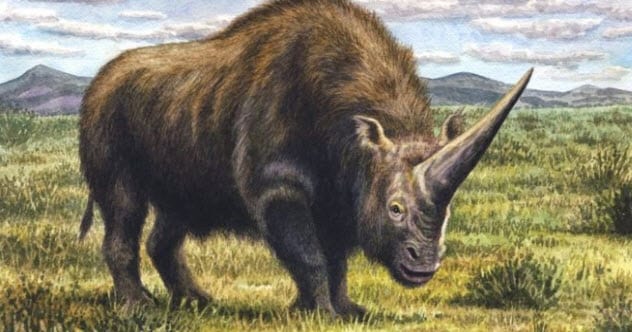 Unicorns did exist. But they were horrifying and awesome and probably gored an early human or two with a horn that measured more than 1 meter (3 ft) in length.

It was known as Elasmotherium sibiricum, and records show it split off from modern rhinos about 40 million years ago. At 3.5 tons, it was tanklike and twice the size of extant rhinos, although its anatomy was built running.

Luckily for us, as climate change delivered Earth from an ice age, it also destroyed the Siberian unicorn’s primary food source of tough, dry grasses and dumped it into the evolutionary reject pile.[10]

Read about more terrifying prehistoric beasts on 15 Terrifying and Little Known Prehistoric Monsters and 10 Prehistoric Bugs That Could Seriously Mess You Up.