We have previously covered famous landmarks and their related facts, but never in a more abstract manner such as this list! So here we are presenting thirty interesting and little known facts about some of the beautiful and significant places on earth.

See Also: 10 Secret Rooms Inside The World’s Most Famous Landmarks

1. The Beehive (home to the executive branch of the government of New Zealand) was meant to be the final wing of the classically styled parliament buildings, but a modern style was chosen instead due to earthquake risk.

2. The shape is so impractical (all the interior rooms are wedge shaped) that a square front had to be added to provide a security wing.

3. The top floor holds the Cabinet room (where senior ministers meet) with the Prime Minister’s office on the floor directly below. The basement holds a swimming pool for parliamentary use only. 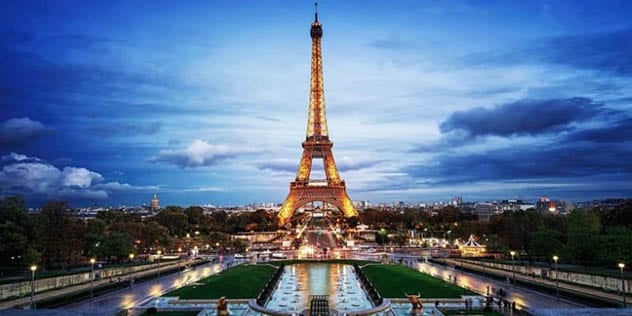 1. Gustave Eiffel had the designer of the tower (Maurice Koechlin) include an apartment on the third floor for his private use; Thomas Edison visited him there once. It is now open to the public.

2. The tower has its own official paint color called Eiffel Tower Brown. It was originally painted a red-brown color but was later repainted yellow! The tower is painted three shades of Eiffel Tower Brown—getting lighter the higher you go so it looks the same against the changing backdrop (this trick is used in interior design also!) It is being proposed that it be painted its original red on its next touch up.

3. The English, not wanting to be outdone by the French, built their own version called the Watkin’s Tower to be built by Wembley Park. The first stage was completed but it was unstable and remained incomplete until it was demolished. 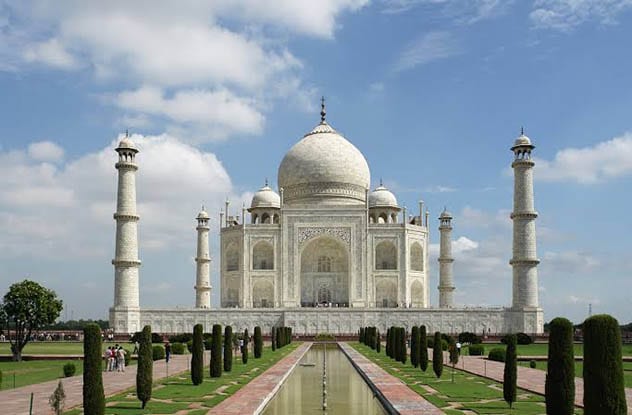 1. 1,000 elephants were used in the construction of the Taj Mahal. They hauled the materials needed for building.

2. The foundation is made of timber and there is a very real risk that it will completely collapse. But the builders were wise to that and it has been designed to collapse outwards so it doesn’t damage the actual tomb inside.

3. There are duplicates in Dubai and Bangladesh. The Bangaldeshi Taj Mahal is a scale model with extra color added. It was created so the poor of Bangladesh could see the Taj Mahal without the cost of visiting India. 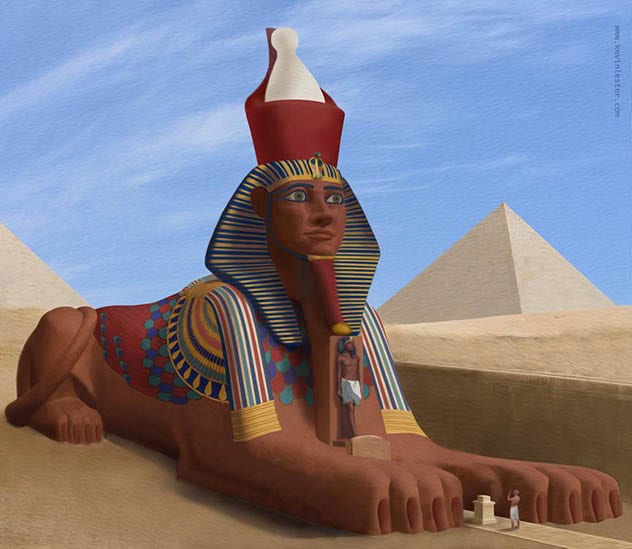 1. The sphinx is not a sphinx. A real sphinx has wings, the body of a lion, and the face of a woman. The “sphinx” in Egypt has no wings and has the face of a man.

2. It was originally painted bright red, yellow, and blue and it may have worn a crown (as seen in the illustration above).

3. The devout muslim (Muhammad Sa’im al-Dahr) who tried to destroy the sphinx (and destroyed the nose people accuse Napoleon of damaging) was lynched for his behavior.

6 The Statue of Liberty 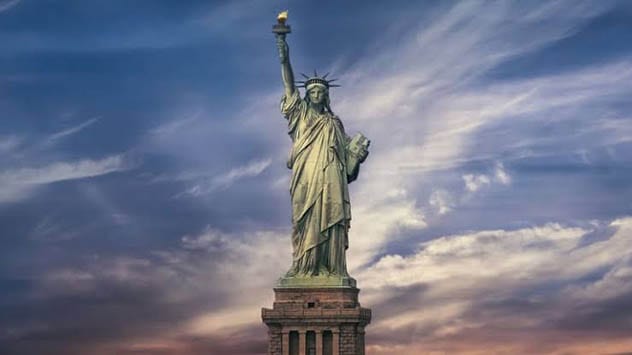 1. While it was partly a gift from the manufacturer in France (not the French nation), Americans had to pay for the pedestal and partly contributed to the cost of the statue itself.

2. Boston and Philadelphia fundraised in order to win the right to have the statue—but ultimately it went to New York.

3. In the 1985, the statue was given a new torch and her face was moved two feet because it had been put on off center! She also got a nose job and her arm was shifted slightly to a better position. 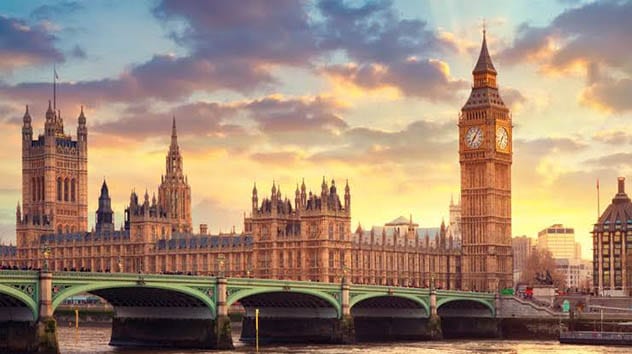 1. Big Ben is the bell—not the tower. It’s real name is the Elizabeth Tower—since 2012 when it was renamed to honor the current Queen. It was previously officially “the clock tower”, but nicknamed St Stephen’s tower.

2. There is a prison in the tower and it was used in 1880 to imprison a parliamentarian who refused to swear allegiance to the queen on the Bible. His stay was brief: one night.

3. At the top of the tower is an extra light called the Ayrton Light which was installed so Queen Victoria could see when the members of parliament were sitting after hours. It is currently being replaced. 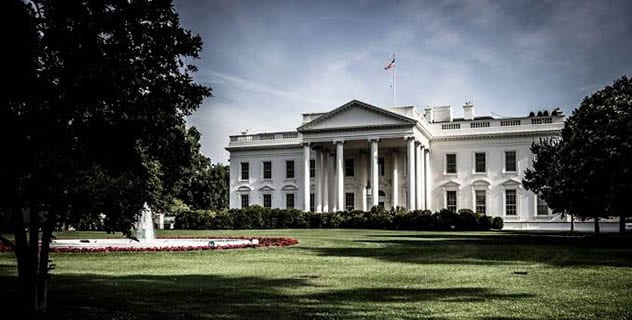 2. The official resident of the White House (the president—duh!) has to pay for all the food that is eaten in the house out of his own pocket. He is invoiced monthly.

3. President Washington chose the spot and approved the design for the White House . . . and then he never lived there! John Adams and his wife Abigail were the first presidential couple to inhabit the place.

3 The Great Wall of China 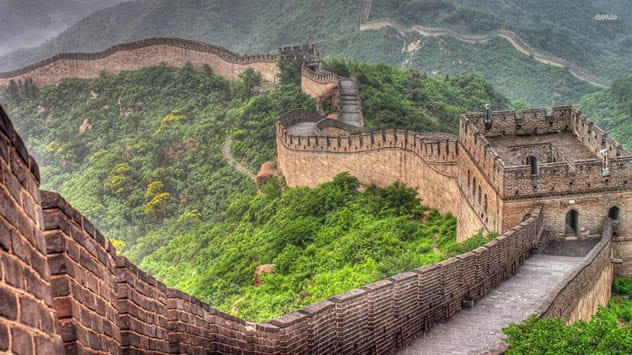 1. In China the wall is known as the Earth Dragon or the Long Wall.

2. The grout used to hold the bricks of the wall together was made with sticky rice—most commonly found in Chinese cuisine.

3. The wall didn’t really do what it was meant to: protect the nation. Ghengis Khan breached and controlled portions of the wall during his reign.

the bellringers of barga on the leaning tower of pisa

1. Mussolini tried to fix the tower by drilling holes into its base and filling them with cement. Unfortunately it made things worse and the tower tilted even further! In 2008 alterations were made of a more scientific nature and the tower’s tilt has ceased to become worse.

2. The tower originally tilted in the other direction, but as it was made higher the weight caused it to shift. While it was once a north pointing tower, it is now a south leaning tower.

3. The tower is a bell tower. One of the bells had the odious task of tolling to mark the execution of a traitor. The traitor’s bell is called San Ranieri. Check out the video above of the bells being rung. 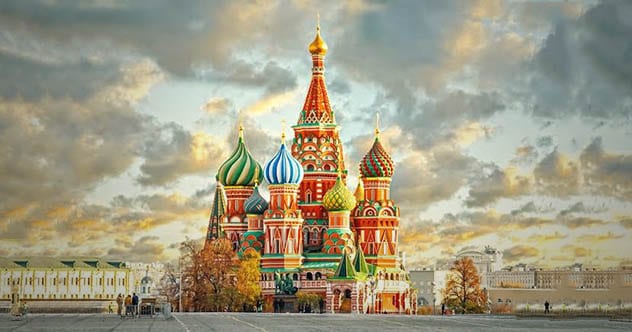 1. The stars at the top of the five towers (adorned with rubies) were put there by the communists in place of the imperial symbol: the two headed eagle.

3. The largest bell in the world (The Tsar Bell) is in the Kremlin. It has never been rung as it broke during construction.

For more lists like this, check out Top 10 Famous Haunted Landmarks You Didn’t Know Were Haunted, and 10 Common Myths About Famous Landmarks.