WARNING: this list contains some graphic images. Every so often, we’ll come across strange and inexplicable conditions found in the human body. These are the mysteries science can’t easily debunk, the kinds that defy natural laws and how we’ve come to understand ourselves. There’s always debate concerning these supposed powers. Are they just hoaxes derived from our imagination, or are we looking at the first steps into the next evolutionary leap? So here’s what we’ve seen; you decide what to believe from these bizarre human mysteries. 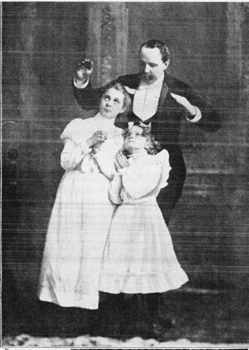 Shamanistic practices were once much more prevalent in the world, and considered a profound foundation of the tribes that believed in them. These spiritually based rituals are still found today and are revered as legitimate procedures. In the Philippines, an entrancing healer, allegedly, has the ability to materialize and dematerialize matter. The shaman will enter a mild trance, where they gain the supernatural ability to perform surgeries with little to no contact with the patient. They would then be able to remove foreign objects within the body such as glass and metal and provide alleviation from similar pains.

Many of these shamans have been discovered as fraudulent, proving the use of slight of hand tricks and passing them off as legitimate procedures, but that isn’t the case for all of them. Some entrancing healers can pull out molars with their bare hands, while others can remove and replace eyeballs. There is still not enough evidence to dismiss what these shamans have been apparently able to achieve for decades. 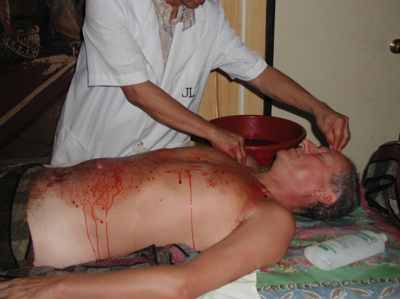 These types of surgeons are mostly found in Brazil and the Philippines, where people strongly believe in spirits (which aid every procedure/treatment). Patients are told to recognize that negative feelings and thoughts toward disease and illnesses only serve to aggravate the condition, and that they can’t be healed if they don’t believe in the possibility of overcoming it. In other words, they must form a bond between the mind, body and spirit, to achieve the balance required for recovery; the body can’t be healed if the mind and spirit aren’t aligned. This is also the reason why psychic surgeons argue that outsiders who come to them seeking help are more difficult to work on because they lack that faith. 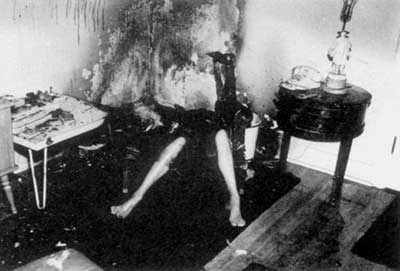 SHC is burning from the inside out. It certainly sounds strange but by now, most of us are familiar with this supposed phenomenon. Famous cases include Jack Angel’s account of SHC that led to his hand needing amputation, or Mary Reeser who was burned to a crisp and found with a shrunken skull. Even fiction has its examples of SHC, as seen in Charles Dicken’s novel, Bleak House (Dickens was fascinated by the topic and researched it thoroughly).

Already you can probably come up with a few facts off the top of your head that would debunk this mystery, but consider this: crematoriums pre-heat their furnaces to about 1837.4 degrees Fahrenheit, because the human body is relatively difficult to burn. It takes between one and two hours for tissue and major bones to become ashes. SHC victims are usually found in a liquid form, meaning their bodies had to burn at a temperature exceeding 2998 degrees Fahrenheit. And in some cases, not the entire body is burned and we’d expect to see burn marks all over the body in a traditional house fire scenario. 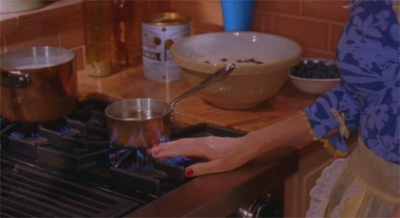 On the subject of fire, we come to the Leidenfrost effect. The effect actually creates an insulating, protective barrier of vapor that forms over a liquid exposed to extreme heat. This same effect protects you when you pinch out candles with wet fingers. It’s a phenomenon we’re all capable of doing given the right circumstances (like in firewalking), but it’s only a fraction of what people with fire immunity experience.

Nathan Coker was a blacksmith in Maryland who could stand on white hot metal, swill molten lead shot in his mouth until it solidified, and hold red-hot coals. His skin was so dexterous, he never even showed signs of burn marks. Is it a practice of mind over matter or did his skin, over years of handling fire, get tough enough to keep him from feeling the burn?

On the opposite spectrum, pyrokinetics can attract or project fire. A.W. Underwood was able to cause a handkerchief to burst in to flames by blowing on it. Starting a fire with the mind, or a wave of the hand, is rejected much quicker than those that have fire immunity but it remains the favorite in fiction. 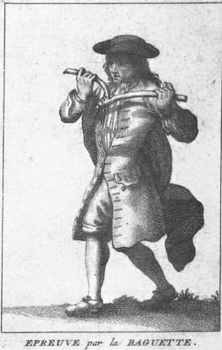 Dowsing has existed as early as the 15th century. Using a divining rod, a dowser may find water, metals and other substances in the ground without the use of scientific tools. The thought is that divining rods amplify invisible movements of the hand coming from the dowser who has some ability to sense magnetic fields or may possess a form of ESP.

One way to explain the phenomenon is by exploring the environment. If a dowser can detect hints about their surroundings, then they make subconscious movements with their hands, forcing the rods to shake and dip, indicating they’ve found something of value. Most dowsers can’t offer a plain explanation how the process works but the practice has been used to locate substances successfully throughout the centuries. 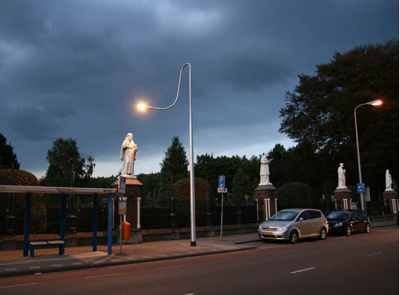 You have probably seen Youtube videos of people showing signs of bioelectricity. As early as the 19th century, there have been cases of people being electrically charged or magnetized, resulting in an odd electromagnetic effect on the objects around them. Some people even show allergic reactions to technology, finding it difficult to live around devices that emit too much magnetic and electrical charge.

There have been cases of people being so charged that they are able to light a bulb simply by holding it. Others cause fuses to blow out, without any means of controlling the effect. It’s even been recorded that people with this strong force can give a static electricity shock continuously, and be powerful enough to actually hurt someone. 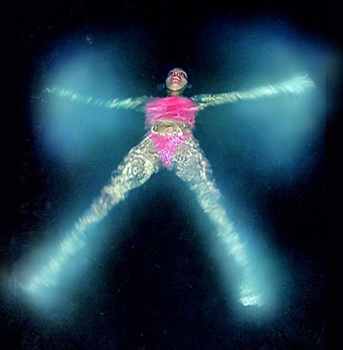 Surprisingly, most cases on bioluminescence in humans comes from ill patients. Anna Monaro had asthma and for several weeks, a blue glow would emit from her chest while she slept. In his book ‘Death: Its Causes and Phenomena’, Hereward Carrington reported the body of a boy radiating a blue glow after his death of acute indigestion.

This glow-worm effect still doesn’t have many cases, but recently Japanese researchers discovered that the human body glimmers. The light we emit is about 1000 times lower than the naked eye can see. This light fluctuates during the day, in cycles, leaving us brightest in the afternoon (the skin around your mouth lightens most around this time of day too) and dimmest in the evening. 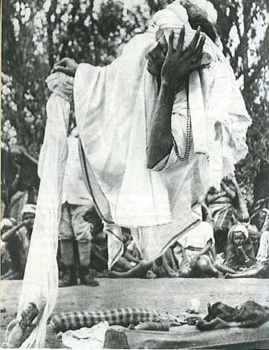 D.D. Home was a famous medium who had many witnesses claim he could indeed levitate. Homes most incredible feat happened in 1868, when he floated out one window and into another during a séance. His abilities were never proven to be fraudulent, even by Harry Houdini, who attempted to duplicate many of Homes “tricks.”

Today, levitation is common during magical performances, but they all came from reports of people actually floating. It was considered a normal occurrence in séance, not just by the people in attendance, but of the objects around them. And if you ever want to experience levitation for yourself, try the Light as a Feather, Stiff as a Board game. It’s been scaring kids for years now. 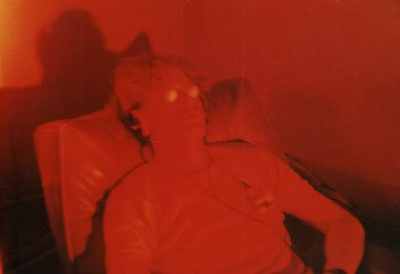 ESP is an extrasensory perception, able to gain information through use of a sense unknown by science. Before getting into ESP, first you should realize you do in fact have more than five senses. You can sense temperature variations, proprioception (position of your muscles), and the force of gravity (you do this by knowing at what angle your head is in while your eyes are shut). ESP covers the senses that are left.

There’s plenty of anecdotal evidence of ESP, but what about legitimate science? In the 30s, the Ganzfeld experiments took place. People claiming to have ESP were told to lie down, and then forced to listen to white noise to clear their minds. Someone observing from another room would then attempt to mentally send him/her an image. Afterward, that person would pick which image it is they saw in their mind from four. Critics predicted a 25% accuracy but were surprised to learn it was 35%. That isn’t statistically a lot more but this experiment was used to show that perhaps there was something to ESP after all. 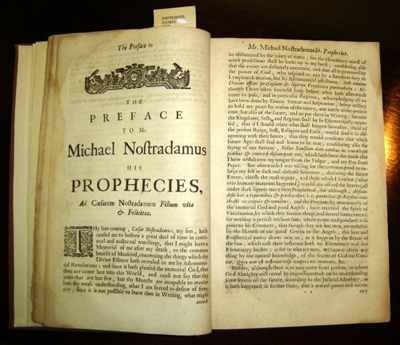 The Delphic oracle did it. Nostradamus did it. Hell, you can call fortunetellers over the phone nowadays to hear about the future. History is riddled with people claiming to know the future. Some have visions that come and go, others have foretelling dreams. There are those who seek the future by means of ritual, and then there are people who are struck with precognition randomly. You might have experienced it yourself. Ever thought of a friend and they called you (or in this modern age – they Facebooked you) seconds later? Is that an example of precognition or just coincidence?

Nostradamus had a number of prophecies that, when interpreted in a certain manner, predicted the Great Fire of London and the rise of Adolf Hitler (among others). However, Nostradamus was purposefully vague and cryptic in each of his predictions, leaving them open for interpretation. To say that he unmistakably foresaw those events in history would be a bit of a stretch. Still, among all the items on this list, the ability to see the future is the most abundant bizarre trait people believe they possess.