There is always some truth in the most mysterious and terrifying stories out there. And the best of these stories leave you with the chills. Even for people who love spooky stuff, there are still some genuinely bizarre occurrences that give them the creeps.

Every year, authorities record cases of individuals who simply vanish in thin air. In all of these instances, families and authorities are thrust into a state of limbo, trying to figure out what happened. We will explore 10 of the creepiest disappearances throughout history that still baffle historians and researchers alike.

The Maritime Mystery Of The Mary Celeste

The Mary Celeste set sail on November 5, 1872, bound for Genoa from the New York Harbor. Onboard the ship was a cargo of industrial ethanol. Almost a month later, David Morehouse was sailing his ship when he and his crew spotted the Mary Celeste drifting about 400 miles east of the Azores. Morehouse claimed he had noticed something rather strange about the way the ship was sailing. The captain sent his chief mate and several other of his crew members to investigate the ship. When they arrived aboard Mary Celeste, they found no single soul on board, yet the vessel was under full sail.

The lifeboat was not there, but a six-month food supply was still intact. There was not even the tiniest sign of a struggle, and the cargo was untouched. Morehouse’s crew sailed the deserted ship to Gibraltar. Investigators generated several theories as to how the crew of the vessel had disappeared. Some of these theories involved a giant squid, ghosts, pirates, while others were settled on Morehouse when he claimed the ship’s salvage rights.

Fawcett was an explorer and had served in the army earlier in life. He later went down in history after disappearing during his search for an ancient city called “z” in the Amazon jungle. Tales of an ancient civilization with mysterious towers that emitted a strange light fascinated him. After making some promising finds during preliminary investigations, Fawcett, his son Jack and Jack’s close friend Raleigh Rimell set off north towards their hometown Cuiaba. When they were about 400 miles away from where they started, Fawcett instructed his Brazilian assistants to head back home and take a letter to his wife. In the letter, Fawcett advised his wife not to fear failure.

Nothing was ever heard of Fawcett, his son, or Raleigh again. A few years later, a Swiss man reported to have encountered Fawcett, then an old man. Stefan Rattin gathered some reporters, and they went out to find Fawcett where they had previously met. Nothing more was ever heard of the Swiss man nor the reporters. Investigators have sent many more expeditions to look for Fawcett and the others but found nothing.

How an Australian Prime Minister Disappeared Without a Trace

On December 17, 1967, Australia was baffled by Harold Holt’s disappearance, then prime minister of the country. Holt had gone out for a swim on Cheviot beach near Melbourne and never came back. The Australian authorities mounted one of the biggest search and rescue operations in modern history. They have, however, never been able to find his corpse to this day. At the time of Holt’s disappearance, he was 59 years of age and was generally fit mentally and physically. He had, however, collapsed during a parliamentary proceeding earlier in the year. People close to him also reported that Holt had been suffering a shoulder injury.

Some theories suggest that Holt had fallen victim to the riptides of Cheviot Beach. Others claim that the prime minister had been suffering depression and chose to end his life. Other conspiracy theories claim Holt was abducted by the Soviet Union or Chinese submarine because he supported the Vietnam war. Or maybe he was abducted by aliens, who knows.

Perhaps the most famous disappearance in history, Amelia Earhart, vanished from the face of the earth on July 2, 1937. Earhart was already a legend as the first female to fly solo across the Atlantic Ocean. She and navigator Fred Noonan had embarked on a mission to complete the first flight around the world. To date, explorers and historians are still trying to solve their vexing disappearance. The pioneering pilot and her navigator had set off for Howland Island, a remote island in the Pacific Ocean, from Lae in New Guinea.

Earhart and Noonan vanished somewhere on the Pacific Ocean. A search-and-rescue team searched for the two for over two weeks. No remains or clues to their disappearance ever emerged. Two years later, a court order officially declared the two dead. Her disappearance has sparked many conspiracy theories, thus becoming a topic of debate.

The Abduction of Angela Hammond

On April 4, 1991, Angela Hammond vanished while talking with her boyfriend from a Clinton, Missouri payphone. The boyfriend, Rob Shaffer, recalls that Angela had described to him a suspicious man circling the neighborhood in a green pickup truck. He then stopped near the payphone, and since then, the 20-year-old girl disappeared. Shafer told the police that he quickly jumped into his car and drove to where Angela was. As he was heading there, the green pickup drove past him. He slammed the car into reverse gear and blew its transmission. Shaffer helplessly watched as the abductor took his girlfriend away.

The police initially suspected Shaffer, but they soon cleared him due to witnesses and his alibi. What makes this case rather creepy is that it could be linked to two other Missouri disappearances earlier that year. Angela Hammock has never found. Detectives categorized the case as a random crime since she was not doing anything wrong or suspicious. Her abductor just happened to spot her talking to her boyfriend. Why the police were not able to find the conspicuous green truck with a big decal on the window is still a mystery.

The Mysterious Disappearances of The Bennington Triangle

56-year-old James E Tedford and his 28-year-old wife Pearl Tedford had moved back to Vermont at the end of World War II. At the end of his second spell of military service, Tedford returned to their rented property in Fletcher town, Franklin, VT, to find his wife missing. His close family claimed they had no clue as to where his wife had vanished to. The only detail they had was that they last saw her walking to the Amoco Store when she disappeared. Around 1947, a lonely James Tedford checked into a soldier’s home after searching for his missing wife.

Two years later, James also vanished. On December 1, 1949, James was returning to the retirement home from Vermont when he disappeared mysteriously. The route to Bennington passed through the Green Mountain Forest. At the time, the area was renowned for creepy events such as disappearances. All 14 passengers who boarded the bus testified to seeing him there, sleeping. However, when the bus arrived at its destination, James was gone. No one had seen the old man get off the bus at any point of the journey. His luggage remained tucked on the luggage rack of the bus. 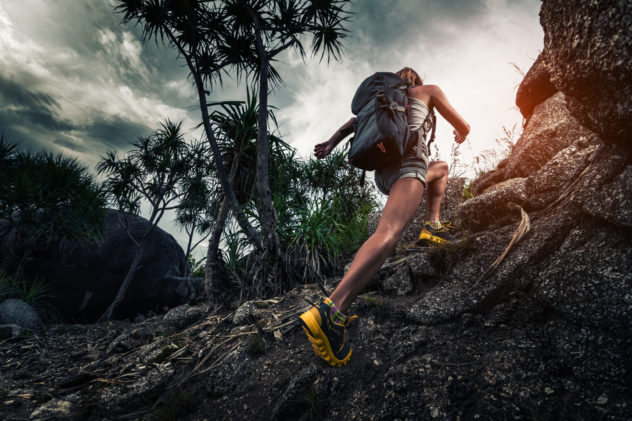 Between the 1940s and 1950s, Bennington had become notorious for the disappearance of more than half a dozen people. One of the creepiest cases was that of 53-year-old Frieder Langer on October 28, 1950. Langer had gone hiking with her cousin Herbert Elsner when she disappeared. The family had set up a campsite near Somerset Reservoir. The pair had left the campsite to go on a hike in the nearby mountain. On their trip, Langer slipped into a stream. She requested Herbert to wait as she rushed back to the campsite and change her wet clothes. She never returned.

Herbert headed back to the campsite and discovered Langer had not gone back to the campsite. They mounted a search operation for the next two weeks. The searches used a helicopter and an aircraft in the search operation but couldn’t find any trace of her. A year later, Langer’s body mysteriously appeared near the same Reservoir that the searchers had extensively combed. Due to the conditions of her remains, it became difficult to determine the cause of her death.

The disappearance of the five Sodder children is by far the eeriest case on this list. Five out of 10 siblings disappeared under unclear circumstances from their home on a Christmas Eve night. Rather than head off to bed, the five kids asked their parents if they could stay up and play with their toys. The parents agreed and went to bed. Then a strange series of events began. The phone rang, and when the kids’ mother answered, the voice on the other end asked for someone unknown to the mother. When she said she didn’t know the person in question, the voice laughed and immediately hung up. As she heads back to bed, she noticed that someone had drawn up all the shades and unlocked all the doors, and the lights were on.

The family was later woken up by sound on the roof, only to realize that the house was in flames. Luckily, the parents and five of their children managed to escape the inferno. None of the kids that had asked to stay up were in sight. The Sodders never stopped believing that their children were still alive, even when the official conclusion was that they had succumbed to the inferno. This sliver of hope was backed by a photo of one of their sons as a grown adult, mailed anonymously in the ’60s.

How Did A Whole Village Disappear? (The Lost Colony of Roanoke Mystery)

We have all heard of individuals like Jimmy Hoffa and DB Cooper who disappeared, leaving no trace of their whereabouts. However, it is weirder and creepier when a group of people, especially a larger one, disappears all at once. This is exactly what happened in July 1587. About 115 English families landed on an island, now Dare County. As tensions grew between the local tribes and the newly arrived colonists, John White, the town’s governor, sailed to England to seek supplies and help. When he returned three years later, there wasn’t a single soul in the town. It was completely deserted, and all the town inhabitants had vanished.

The only clue left behind was a wooden post inscribed with the word Croatoan. It is not certain whether the Croatoan native tribe killed or assimilated the settlers. Scholars also believe that the Spanish army may have wiped out the whole settlement. Historians can only speculate what happened to the colony since no concrete evidence is available.

Maritime tragedies are not something new. However, things got weird when five friends failed to return from a fun fishing day in the Hawaiian waters. They had departed in February 1979 from the coast of Maui on a small fishing boat dubbed Sarah Joe. Family, friends, and authorities mounted massive search and rescue operations to no avail. A decade later, authorities received information of Sarah Joe’s sighting on the coast of the marshal islands. Next to the wreck, they discovered a grave of one of the five missing persons. How the boat got there, who buried him, and where the rest of them were, are questions that have continued to baffle researchers and historians.