Ancient mysteries can be as bland as a gap in history to huge stone doors moving in ways they should not. New discoveries can teach scholars more about bygone cultures and leaders or explain that stone.

However, nothing throws a wrench in the works as quickly as the unexpected object or tomb. They can complete the picture in a moment or tear it up into a tantalizing oblivion where answers are unlikely. 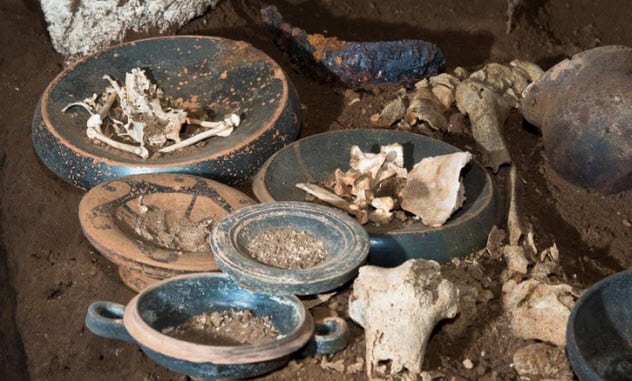 In 2018, construction workers in a Rome suburb installed an aqueduct. At one point, an earthmover punched a hole in something that turned out to be the wall of a tomb from the fourth century BC. To everyone’s amazement, the chamber and everything inside was intact.

The valuable find was also a lucky one. Had the earthmover excavated 10 centimeters (4 in) to the left, nobody would have been any wiser about what was beneath the surface. The grave held four people, one of whom was a woman.[1]

The family vault was called the “Tomb of the Athlete” because archaeologists found a pair of strigils, bronze scrapers that athletes used to remove sweat from skin. The tomb made its surprise appearance in a well-studied region. But what made it so remarkable was that it was a sealed time capsule containing ancient humans from a privileged class, pollen from a bygone climate, and artifacts left exactly as they were placed during funerary rites.

Usually, archaeologists must painstakingly reconstruct a scene with looted or damaged elements. This tomb, however, gave the rare whole picture in an instant. 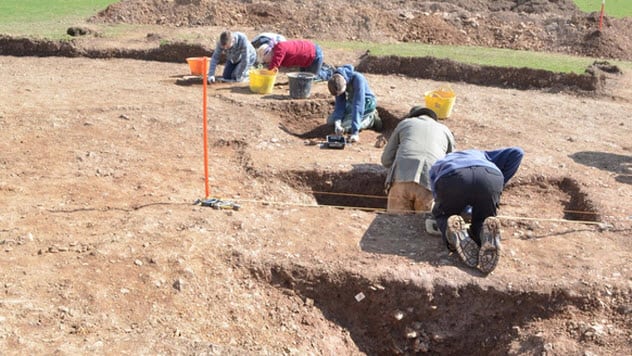 When Catherine Frieman’s team arrived to dig in a Cornish field, she was told by local farmers that the soil had been plowed for generations. This was not good news for the Australian archaeologist. Even so, the excavation continued in 2018 for two weeks near the town of Looe.

The location held a Bronze Age burial mound. To everyone’s surprise, the grave brought home some bacon despite suffering years of farming equipment. Apart from flint tools and ceramics, a clay urn was found barely a finger’s depth below the surface. The vessel held a 4,000-year-old human cremation.

To have found an intact urn so shallow in a well-farmed field was a miracle. The remains will reveal plenty about the prehistoric person, including age, gender, adult and childhood diets, and possibly the origin of the food.[2]

But the mound also revealed a mystery—a pot from the Middle Ages. This unexpected discovery contained traces of food and was buried under flat stones. Why somebody dug into the mound generations after it was constructed simply to add a pot remains unknown. 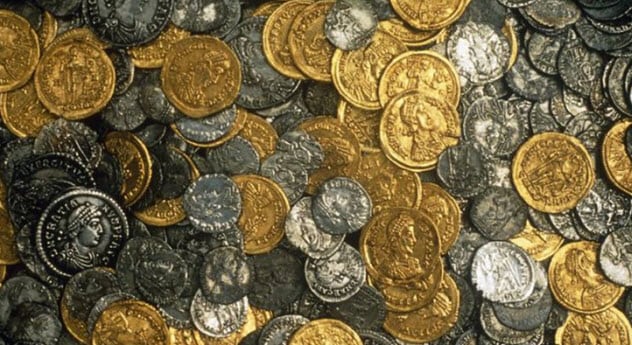 When his metal detector buzzed a Suffolk field in 1992, Eric Lawes was looking for a hammer, not lost treasure. After he picked up a signal that led to gold and silver pieces, Lawes called the authorities. At nearly 27 kilograms (60 lb), the precious metals represented the biggest Roman cache found in British soil.

One of only 40 hoards ever discovered, it contained 15,234 coins, dozens of silver spoons, and 200 gold items. The so-called Hoxne Hoard is priceless to researchers. Most of it was excavated within the original context, unlike most troves that are run over by farming equipment. This allowed valuable insights into the owners’ lives.

Experts cannot agree on the Hoxne treasure’s age but believe it was buried around the time that Roman citizens in Britain were abandoned by their failing empire in AD 410.[3] Violent invasions from other groups increased and may have been behind the family’s decision to hide their wealth in the ground. 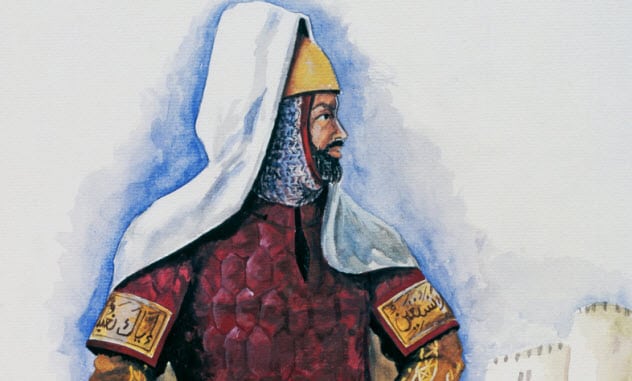 During the 12th century, a sultan named Saladin recaptured Jerusalem, united the Muslim world, and strongly influenced the history of Europe and the Middle East. This famous leader’s death has always been a mystery. After he took Jerusalem, it caused the Third Crusade, which ended in a stalemate after three years of fighting. A year later, in AD 1193, Saladin died.

Recently, doctors had another look at the sultan’s 800-year-old symptoms. Previously, the same experts had provided diagnoses for other historical figures including Darwin, Lenin, Lincoln, and Eleanor Roosevelt. Saladin’s symptoms were threadbare—a fever and illness that lasted a fortnight. Bloodletting and enemas were administered, but the sultan, who was in his mid-fifties, passed away.

Amazingly, the lack of symptoms helped to eliminate the usual suspects. Plague and smallpox would have killed him quicker. No recorded breathing problems discounted tuberculosis, and a lack of shakes and chills ruled out malaria. The one that fit was typhoid. It was common where Saladin lived, and the sultan could have ingested the typhoid-causing bug Salmonella typhi when he ate or drank something that was contaminated.[4]

6 Ancient ‘Made In China’ Label 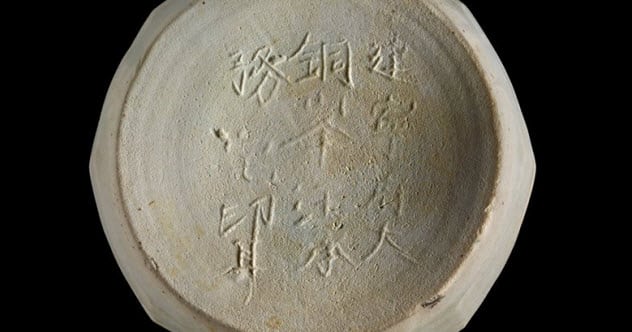 Sometime in the 1980s, a fisherman found a wreck off the coast of Indonesia. The cargo included elephant tusks, resin, and pottery. Ever since its discovery, the ship’s sailing date and origins have remained elusive. A study in the 1990s concluded that the vessel was built in the 13th century, but a recent find cracked the mystery of the ship’s home port and aged it even more.

A new look at the ceramics found that some were branded with what is essentially a “Made in China” label. An etched statement declared that the pottery hailed from Jianning Fu in China’s Fujian province. Due to the city’s name, researchers now believe that the ship set sail in the 12th century. Jianning Fu changed the last part of its name to Lu around 1278, meaning that the vessel sank as early as 1162.

Additional testing on the ceramics, tusks, and resin confirmed that the cargo was around 800 years old. The ship is also now a tangible example of a pivotal time when China withdrew from the Silk Road in favor of maritime trade.[5] 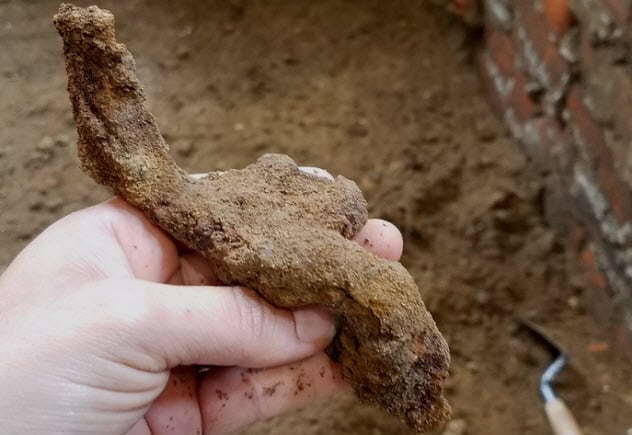 The first permanent English colony in North America was Jamestown. Founded in 1607, the fort produced several old cellars. However, in 2017, one under the church took archaeologists by surprise. Not only was it unexpected and underneath the most sacred area, the chancel, but it was older than the church.

Discovering the chamber’s purpose might be difficult. Like other decommissioned cellars, it was filled with the colony’s trash. Items connected to its original purpose could be at the bottom. But first, all the rubbish—a smorgasbord for archaeologists wanting a peek at colony life—must be carefully removed.[6]

The chamber dates to 1608 when another building sat on top of it. Eventually, two churches were constructed in its place, one in 1617 and another in the 1640s. A third was raised in 1906, and the process disturbed the cellar.

Identifying the chamber’s presence solved one mystery. Colonists buried their dead in church floors, and previously, experts could not understand why so many artifacts turned up inside the burials. The gravediggers had also dug into the cellar.

4 How Coral Castle Was Created 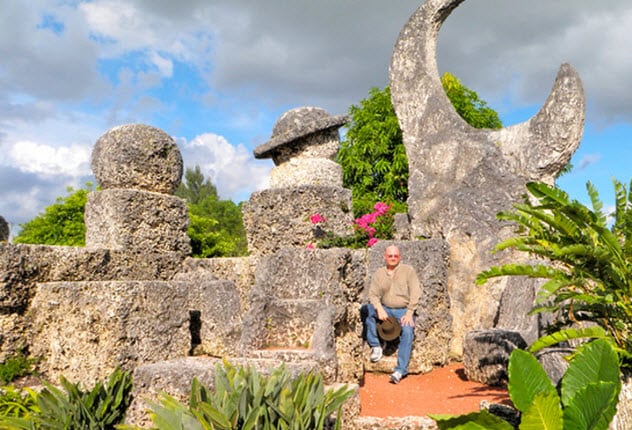 The feat that is Coral Castle in Homestead, Florida, has many theories to explain how one man was responsible for its construction. Over 1,000 tons of limestone made into walls, furniture, a working fountain, and other oddities delight visitors to the structure. One massive stone door even swings open with the push of a finger.

Today, modern technology can copy Coral Castle within months. But in 1923, Edward Leedskalnin single-handedly began a 28-year-long project with only hand tools, ropes, and pulleys. His work was so remarkable that people doubted he could have done it without help. Disbelievers cited psychic powers, aliens, magnetism, or singing feats that levitated the stones.

The mystery grew as the world-famous structure confounded engineers and scholars. Leedskalnin, who was said to have a fourth-grade education, made no such claims. Instead, hard labor and the principles of leverage created his masterpiece.

Mystic explanations took another knock when the huge stone door was examined. It was revealed that the slab swung so easily because of a clever arrangement with a metal shaft and a truck bearing.[7] 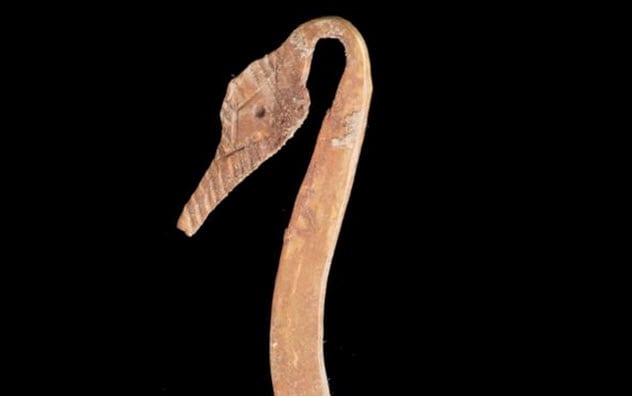 The biblical Armageddon was a city in Canaan, but its true name was Megiddo. Located in Israel, excavations unearthed vast ruins from the Bronze and Iron Ages (3300–586 BC).

In 2016, archaeologists stumbled upon something as stunning as it was unexpected—an untouched royal family tomb. The discovery happened when they followed mysterious cracks next to a royal palace. It was some kind of cavity. Soon, they discovered the 3,600-year-old chamber.

Inside were nine people, six shoved into a heap of bones at the back. A man, woman, and child were undisturbed at the front and adorned with precious metals. The tomb could solve the puzzle of Megiddo’s ruling class. Artifacts suggest that they were wealthy and powerful, but the real mystery is their origins.

The 14th-century BC King Birydia had a Hurrian, not Canaanite, name. The Hurrians were a sophisticated culture that contributed to the first city-states in the Near East. If upcoming DNA tests can prove that the elites were genetically distinct from the Canaanites they ruled, it would change everything that scholars know about the historical population of Canaan.[8] 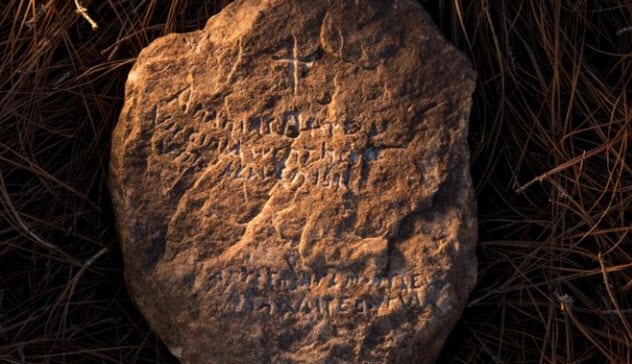 North America’s oldest mystery was born when the first English settlers disappeared and became the lost colony of Roanoke Island. In 1937, a man walked into Emory University with a carved stone. Once deciphered, the message stunned everyone.

It was apparently written by Eleanor Dare, mother of the first English baby born in the New World. She described the murder of her husband and daughter by natives during a slaughter that killed all but seven colonists.

The stone was addressed to Dare’s father, Governor John White, who had sailed back to England. White had once mentioned that the colony wanted to move “[80 kilometers (50 mi)] into the main,” which was almost the distance from Roanoke Island to where the man claimed he found the rock.[9]

Despite the stone being pronounced authentic by Emory University, a slew of fake Dare stones followed and cast doubt on the original. However, a 2016 study highlighted features of the first stone that would have been hard to forge in the 1930s but were consistent if carved by Dare. Not all researchers agree. But if authentic, the first stone ranks among America’s most valuable artifacts as it possibly solves the Roanoke mystery. 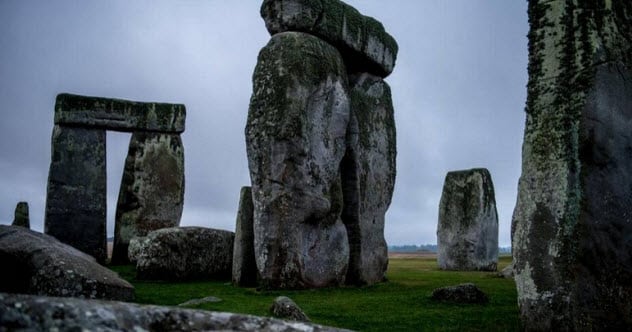 Despite a myriad of clues, the exact reason for Stonehenge’s construction remains a mystery. Scientists believe that building began 5,000 years ago and that several groups contributed throughout the ages.

The Salisbury monument has a cemetery and ritual elements. It also marks the solstice, equinox, and other celestial events. Nevertheless, why did the builders fetch huge stones from faraway sites and drag them to Salisbury?

In 2018, an archaeologist discovered something that might just explain the choice of location. Two of the biggest slabs, Stone 16 and the Heel Stone, showed signs that they were already at the site—thousands or millions of years before humans arrived.[10]

The Heel Stone is the only rock not shaped with tools. Pits near it and Stone 16 suggest that they were simply raised into position. Interestingly, the pits align with the solstice. This was likely what caught the attention of the first builders and why they decided to build Stonehenge there.