The only thing better than a good death in a movie, is a good line immediately before it. Some lines have achieved immortality in their own right. Here is a brief sample, in reverse chronological order. It is not, and cannot be, complete. There are many, many more. Please add them in the comments. WARNING: Contains spoilers.

After the ship sinks (uh – you did know that, didn’t you), Rose DeWitt Bukater (Kate Winslet) scrambles onto a door which can only support one person and Jack remains in the freezing ocean. He assures her that she is going to survive, and die an old lady in her bed, before he succumbs to hypothermia. 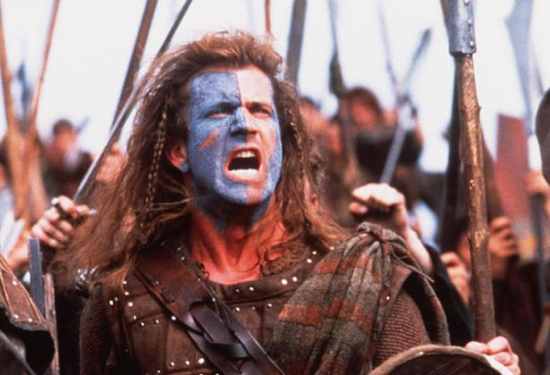 After the deaths of his father and brother, and later his wife, at the hands of the English, William Wallace becomes involved in the Scottish uprising against King Edward I of England. After some military successes, he is betrayed to the English, taken to London, tried and convicted of high treason. As he is undergoing public execution by torture, the magistrate offers him a quick death in exchange for a plea for mercy. 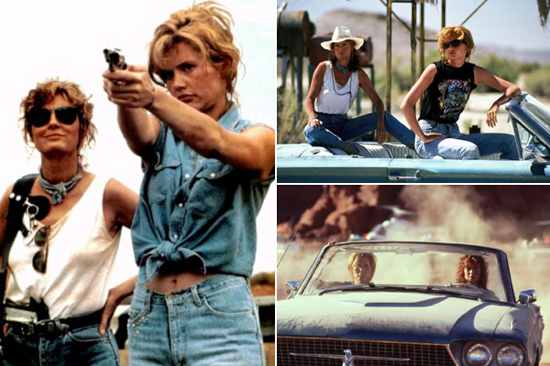 The Lines: Thelma: Go!
Louise: You sure?
Thelma: Yeah … yeah.

Two girl-friends’ weekend out turns into a nightmare after one of them shoots and kills a man attempting to rape the other. On the run from the police, led by the gruffly sympathetic Detective Hal Slocumb (Harvey Keitel), the pair are cornered near a large cliff. The final scene is well-known to most movie fans. The lines may be less familiar. 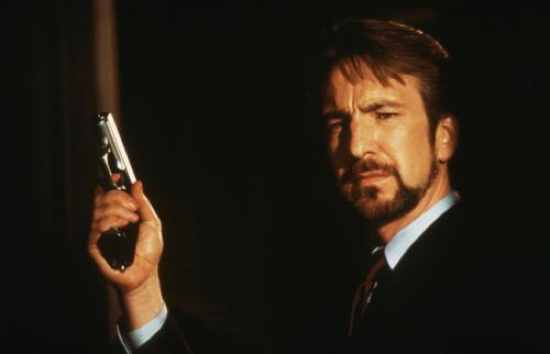 The Line: What was it you said to me before? “Yippie-ki-yay, motherfucker!”

Not quite as classic as Detective John McClane’s (Bruce Willis) line in the first place. McClane is a New York cop who has been caught up in an “exceptional” robbery disguised as a terrorist attack in Los Angeles. He has survived everything that the suave criminal mastermind and his gang have thrown at him. He confronts Gruber and a henchman with just two bullets left in his gun. They hesitate just long enough to give him a chance. 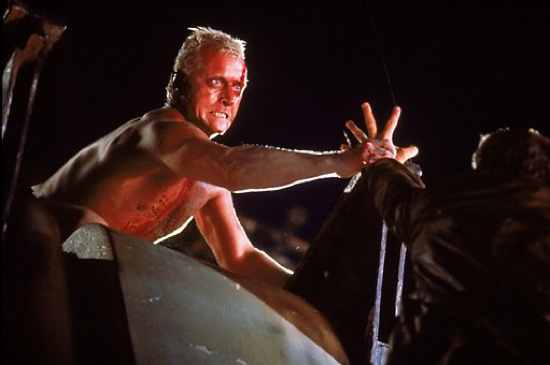 The Line: I’ve seen things you people wouldn’t believe. Attack ships on fire off the shoulder of Orion. I watched C-beams glitter in the dark near the Tannhauser Gate. All those moments will be lost in time… like tears in rain… Time to die.

Batty is the leader of a group of replicants (bioengineered or biorobotic beings who serve as soldiers and slaves in off-world colonies) illegally on Earth. Rick Deckard (Harrison Ford), a jaded ex-police officer who once specialized in “retiring” replicants, is coerced into tracking and killing them. After dispatching three of them, he confronts Batty in a cat-and-mouse chase. Batty saves Deckard’s life just before his pre-programmed four-year lifespan runs out. 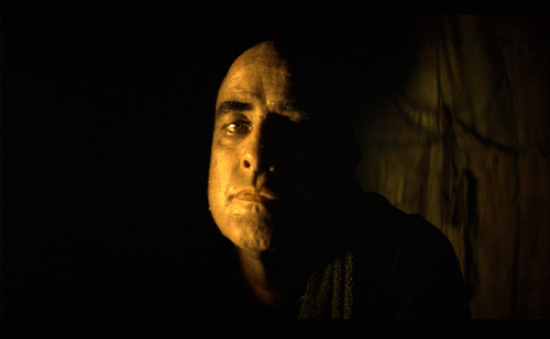 The Line: The horror… the horror…

Colonel Walter E Kurtz, a member of the US Army Special Forces in Vietman, has gone insane and is commanding a native army deep in the Cambodian jungle. Captain Benjamin L Willard (Martin Sheen), a deeply troubled special operations veteran, is dispatched to find Kurtz and to “terminate [him] with extreme prejudice”. After a hazardous journey, Willard and his last remaining crew member arrive at Kurtz’ camp. Willard attacks Kurtz with a machete, and he dies whispering words taken from Joseph Conrad’s novella, Heart of Darkness, on which the movie is based. 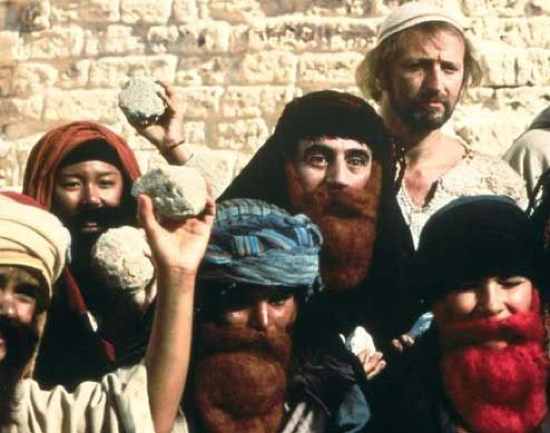 The Line: STOP IT STOP IT! Now look! No one is to stone anyone until I blow this whistle, understand? Even, and I want to make this absolutely clear, even if they do say “Jehovah”.

Brian Cohen (Graham Chapman) and his mother Mandy (Terry Jones) are attending the stoning of a man condemned for blasphemy. In attempting to explain himself, he utters (not) the divine name again, and the crowd begins throwing stones. The rabbi attempts to restore order and is himself set upon by the crowd. 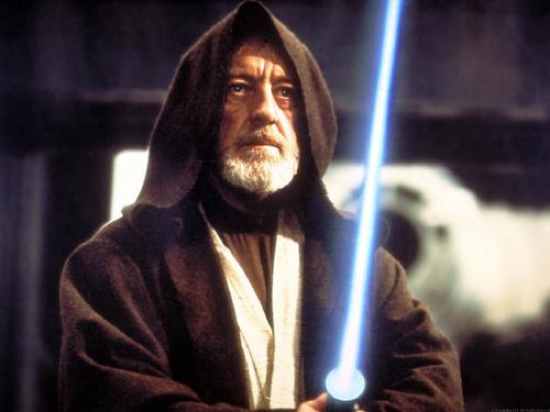 The Line: You can’t win, Darth. If you strike me down, I shall become more powerful than you can possibly imagine. 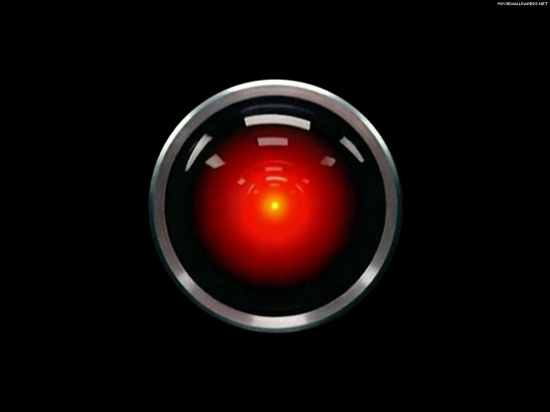 HAL is the controlling brain of the Discovery One spaceship, bound for Jupiter on a top-secret mission. Due to a conflict in his programming, HAL becomes erratic and kills four of the ship’s crew. The remaining crew member, David Bowman (Keir Dullea), disconnects HAL’s circuitry. 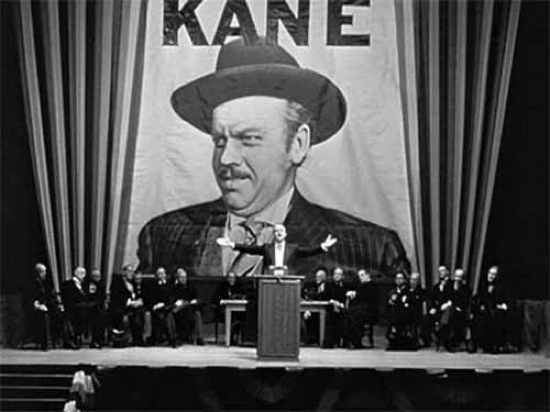 This is the first line of the movie, and the film proceeds in two directions, one tracing Kane’s life and the other showing a reporter’s search for the meaning of the enigmatic utterance. The intriguing thing is that Kane is alone when he dies, so no-one hears his dying word. 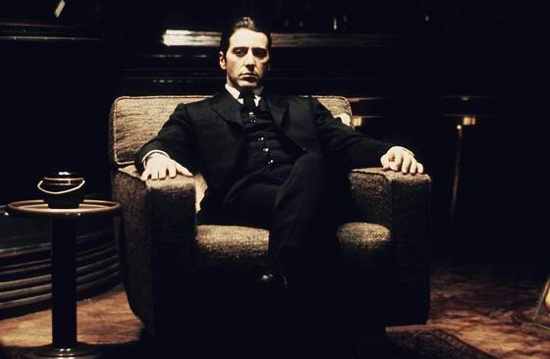 Not a dying line, but the heartbreaking moment which seals the character’s fate.