Anime has been around for quite some time now. It is, simply put, Japanese animated TV series (and movies). Due to the large variety and quantity of anime, it isn’t possible to make an uncontroversial “best anime” list. Therefore, this is merely a “most popular” list, with the top ten most watched and most well-known anime. 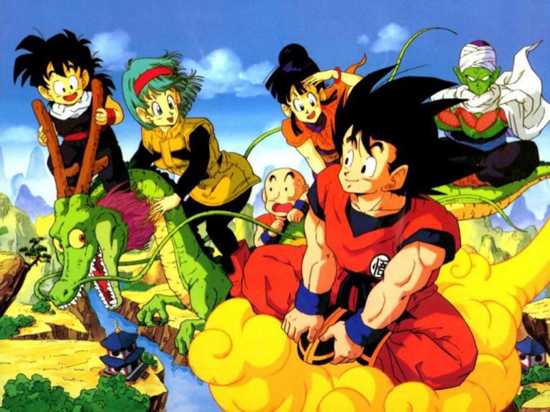 First aired in 1984, Dragon Ball is the oldest series on this list. It enjoyed high popularity during its time, and would later receive two sequels. The revised edition aired today is not as well-known, as newer anime conquer the scene.

Simply put, Dragon Ball and its follow-up series follow the quest of young Gohan to find the seven magic dragon balls, and later to save the world from various foes using super natural powers. During the progress of the series, characters achieve a way to continue to aid their friends after death, even returning to Earth for brief periods of time.

All in all, Dragon Ball is an action packed anime that has somewhat lengthy cycles of fighting. It is especially recommendable for younger viewers, and those who like old style anime. 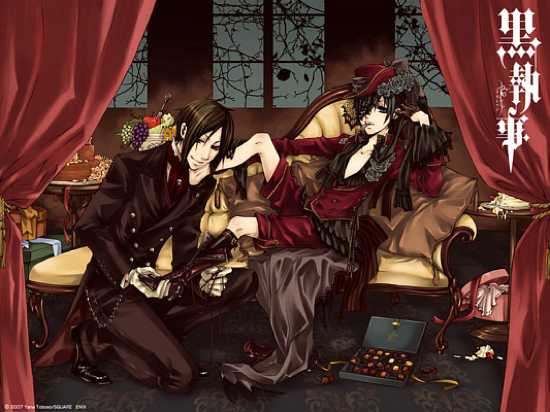 A recent anime, Black Butler enjoys moderate popularity, which quite frankly it deserves. After the original run was completed in 2009, a second season of the supernatural black comedy was announced.

The story follows the demon Sebastian Michaelis who, through Faustian contract, serves Ciel Phantomhive, a twelve-year-old earl in Victorian England in return for the latter’s soul when he dies. While Sebastian appears the perfect butler who follows his orders completely and utterly, he also has a somewhat sadistic nature, an example being him locking an unwanted guest in a lit oven, or piercing kidnapper’s skulls with normal forks. Due to its dark comedic nature, this anime is definitely worth seeing. 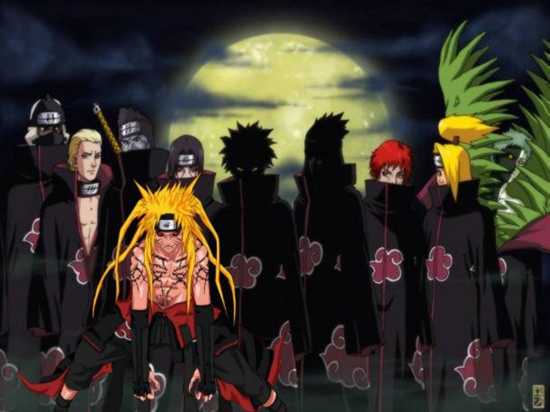 Admittedly, some people may have given this anime a higher rank on the list. The anime is still shown on TV around the world, and its sequel Naruto: Shippuden is equally successful. However, Naruto is aimed at younger ages than most of the other anime on this list (making it somewhat boring for older anime fans), and many of the characters are very stereotypical to shönen manga.

As for the plot, Naruto follows the young ninja Naruto Uzumaki and his friends in their development and journeys as Naruto attempts to become the most recognized ninja in his village. The action/fighting scenes are nicely balanced with comedy scenes, which gives it more balance than Dragon Ball. 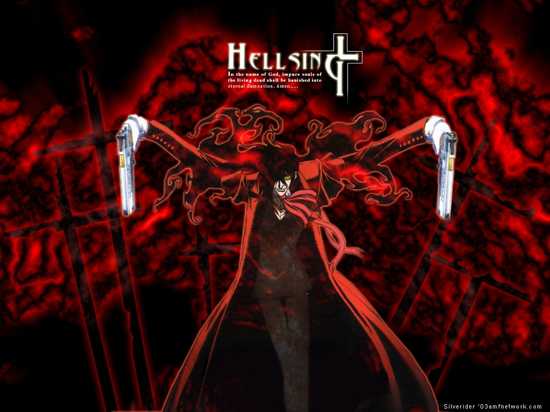 Quite frankly, Hellsing is just plain cool. Based on a still-running manga, Hellsing features one arc and several OVAs. Though differing from the manga somewhat in terms of plot, most of the characters are the same.

Hellsing is another supernatural anime. It follows the work of the Hellsing organization, a secretive British organization that destroys vampires with the help of the ancient vampire Alucard. The series shows great action and some suspense. Don’t let the vampire thing turn you off – Hellsing is nothing like a certain teenage romance fad. Let’s just say it’s no match for an invincible double gun carrying vampire with a knack for destroying all those who oppose his superiors. 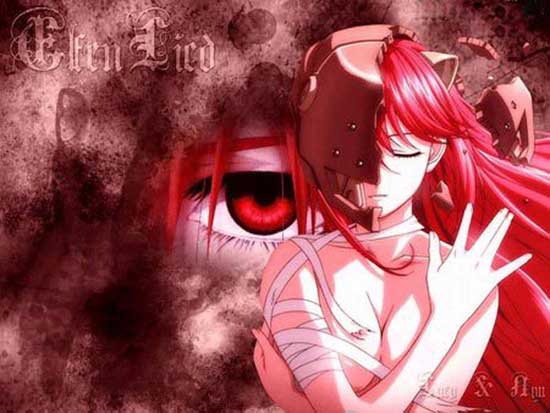 Elfen Lied is German and literally means “the song of the elves,” giving this anime a peaceful and beautiful sound. However, the first seven minutes of this anime are probably the most brutal in anime history. All in all, this anime is high in brutality and nudity, which is one of the reasons it’s so widely known.

The other reason is, of course, the plot. In the world of Elfen Lied there exists a humanoid species called the Diclonius. They differ from humans in that they have two horns on their heads and varying numbers of invisible arms, called vectors, on their backs. The story focuses on morality, revenge, and identity, among other themes.

The somewhat complex storyline focuses on Lucy, a Diclonius, who escapes from a research facility and is take in by the cousins Khota and Yuka, who protect Lucy and her second personality “Nyu” (like I said, it’s complicated). To get a better idea of this gripping series, I highly recommend you watch it. 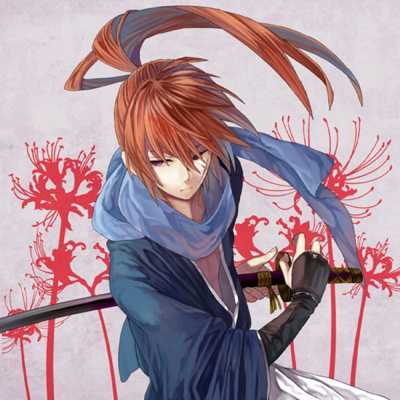 This anime is perhaps best known for the OVA “Trust and Betrayal,” which serves as a prequel. Set during the early Meiji period in Japan, Rurouni Kenshin follows Himura Kenshin, a former assassin who now wanders the country and helps those in need in an attempt to atone for the sins he committed as an assassin. The series is of the more dramatic type, showing the consequences of war and the difficulties of those affected by it. There is also comedy, however, keeping the anime from becoming too somber. This deep anime is definitely worth watching. 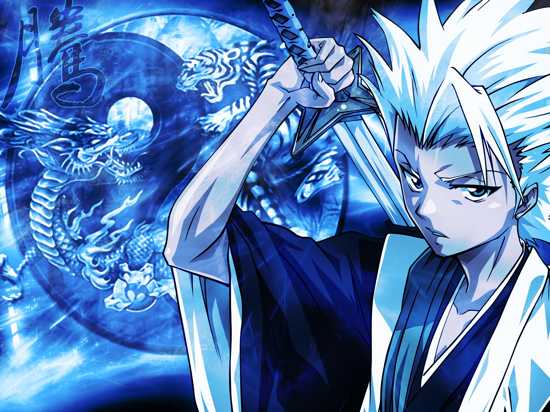 This still ongoing series differs greatly from number five on this list. It portrays the values of friendship and loyalty alongside action and comedy, with unique characters and amazing character development.

The story focuses on the high school student Ichigo Kurosaki, who is given the powers of a soul reaper to save his family. It is now his job to protect humans and souls alike from hollows. Soon after, however, the reaper who gave him her powers is sentenced to be executed, and Ichigo decides to save her along with his friends. Thus a conspiracy within Soul Society, the land of the dead, is revealed and becomes the main plot line in the series. Sadly, various filler arcs disrupt this plot, making it less enjoyable. 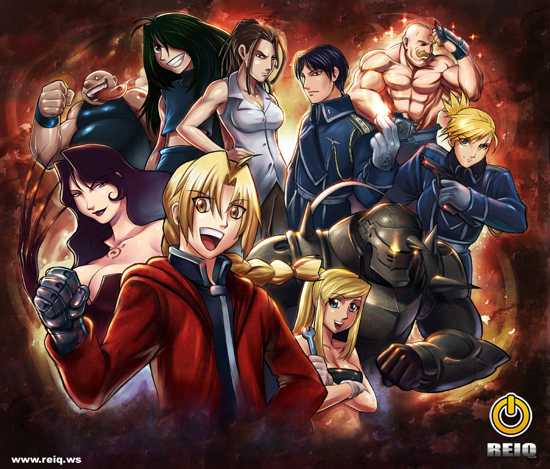 Full Metal Alchemist and its sequel are set in industrialization era Europe, in a parallel world where Alchemy is the highest science. It focuses on morality, friendship and brotherhood, philosophy, and equal trade. The anime features light action, suspense and comedy.

After an attempt to revive their dead mother goes terribly wrong, the young alchemists Edward and Alphonse Elric set off on a quest to re-acquire their lost bodies (Edward has lost an arm and leg, Alphonse his entire body). Along the way they are faced with often morally related difficulties. This sometimes very sad anime will keep you gripped. 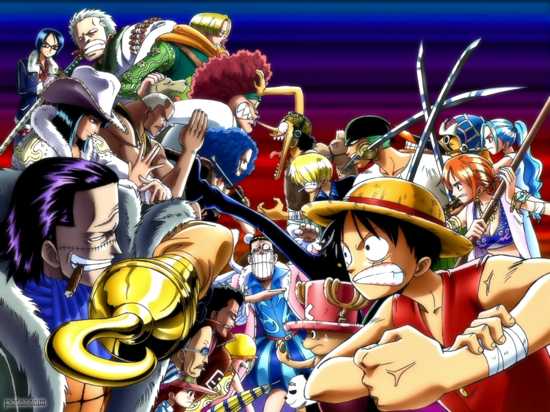 One of the longest ongoing anime series, One Piece is a definite must for this list. Sadly most of the early episodes were heavily censored during the making of an English dub by 4kids, though this should not cloud one’s opinion of the original anime.

One Piece follows the quest of seventeen year old Monkey D. Luffy, a boy with supernatural powers gained from eating a magical fruit, who along with his rather ragtag crew, travels the Grand Line in search of One Piece, the ultimate treasure. The plot is beautifully set in an amazing fantasy world, with individual characters and great story arcs. 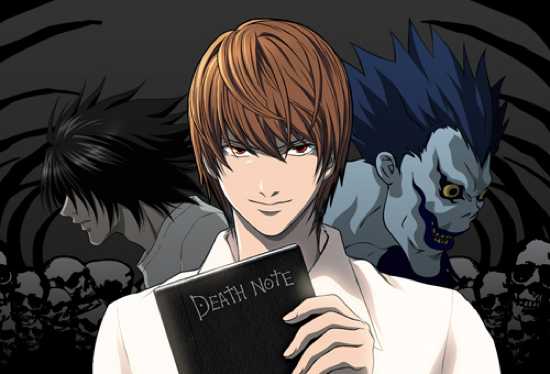 I’ll admit, I wasn’t sure if I should switch this anime with number two on this list or not. The reason being that they are so very different. Death Note is an amazing suspense Anime, set in modern day Japan. It focuses on the questions of good and bad, of moral and justice. The characters hold a high intellect, and many plot twists make the storyline unpredictable. Three live-action movies were made based on the anime (one of them being a prequel), though they are not nearly as recommendable as the anime.

The story follows high school student Yagami Light, who finds a mysterious notebook, called Death Note, that allows him to kill whoever’s name is written in it. Light uses this notebook to kill prisoners, but the police soon catch wind. The world’s greatest detective, L, and so a suspense packed cat-and-mouse game ensues as each tries to keep one step ahead of the other.