If you are reading this it means Jamie has put me in charge of ListUniversal Studios for the day. It’s been a busy one, writing these lists is not as easy as it looks. I’m going ahead on the following projects, selected from among my favorite books, comics, TV shows, plays, art, and music. The best thing is that ListUniversal Studios has unlimited capital resources, so any ideas for a screen adaptation that can get by the site moderators will be greenlighted.

10
The Beard of Avon
Amy Freed 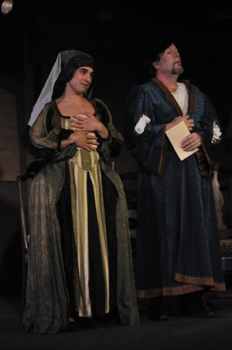 Even if he didn’t write the plays and sonnets ascribed to Shakespeare, which he almost certainly did, this Oxfordian believes Edward DeVere is one of the most fascinating characters in English history. Before turning twenty-five, he lost his inheritance to his stepfather, whom his mother married soon after his father’s death, accidentally killed an innocent while engaging in swordplay, and was kidnapped by pirates and nearly walked the plank. Does any of this sound familiar? As Amy Freed imagines him, the Earl of Oxford is a manipulating cad who takes under his wing William from Stratford, a poet, eager to escape his rural life, and especially, his harridan wife. DeVere uses Shakespeare as a front man to produce his poorly written plays, a pastime unbefitting a man of his station. It turns out the Stratfordian has a real ear for dialogue, and the collaboration is a smashing success. Soon thereafter, William is reworking the plays of all the noted playwrights of the day, even Queen Elizabeth herself. What makes this play so entertaining is Freed’s ability to mimic the Bard’s style of writing. Hmm…could she possibly be a very long-lived poet using a nom de plume? 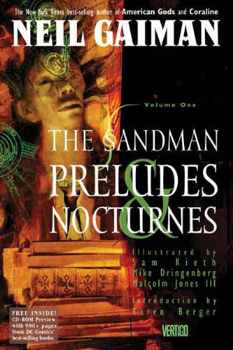 Debates about who is the best writer of graphic novels usually come down to the following four: Al Eisner, the godfather of the art form, Frank Miller, Alan Moore or Neil Gaiman. This critic believes The Sandman is the best series of all, or at least tied with WATCHMEN. Morpheus is The Lord of Dreams. He is a sibling to Death, Desire, Destruction, Delirium, Despair and Destiny, an alliterative Goth family, otherwise known as the Endless. Neil Gaiman’s epic masterwork begins with Preludes and Nocturnes, a revenge horror story, in which Morpheus escapes, then takes revenge upon a cult that has kept him prisoner for seventy years. One reason why graphic novels are so easily adaptable to the screen is that a lot of the work is already done. Costume design, set design, even cinematography and lighting. The Sandman had a lot of different artists over the course of its run. The artwork I enjoy the most is in Brief Lives, penciled by Jill Thompson, inked by Vince Locke. More informed Sandman readers are encouraged to post any suggestions for the producer’s edification. In one humble listmaker’s opinion, American Idiot is the best album of this nascent century. The title alone defines 21st Century angst. Might as well film it in Berkeley, California, where Green Day originated.

“My name is Jimmy and you better not wear it out,
Suicide commando that your momma talked about.
King of the 40 thieves and I’m here to represent
The needle in the vein of the establishment
I’m the patron saint of the denial
With an angel face and a taste for suicide
Cigarettes and ramen and a little bag of dope
I am the son of a bitch and Edgar Allan Poe
Raised in the city under a halo of lights
The product of war and fear that we’ve been victimized.” Like many great songs, Steve Earle’s Copperhead Road is a well told tale set to music. The story is about John Lee Pettimore, same as his daddy and his daddy before, a son and grandson of a pair of bootleggers who die in a fiery crash. He gets drafted and serves two tours of duty in Vietnam. He returns home to Johnson County with a brand new plan, which is to take the seeds of Colombia and Mexico and plant ’em in the holler down on Copperhead Road. John Lee learned a thing or two from Charlie during the war, so things probably aren’t going to go well for that DEA chopper if they discover his crop of Tennessee Tea.

6
Time on my Hands
Peter Delacorte 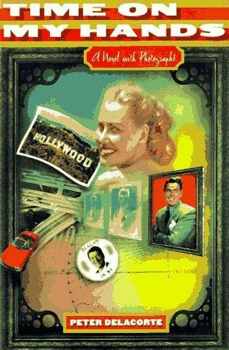 The Coen Brothers might make this film just so they can be in Jamie’s sequel to, “Movies That are Better Than The Book”. Delacorte has a brilliant idea; while visiting Paris, a travel writer meets a mysterious scientist with a time machine. He is recruited on a mission to 1938 Hollywood, where he’s to smother Ronald “Dutch” Reagan’s political career in its crib. He takes a screenwriting gig at Warner Brothers, pre-writing classics such as, “Four O’Clock High”. The author gets sidetracked however, giving us too much Phillip K. Dick and not enough Elmore Leonard. The Coen Brothers should rework the material and make a screwball comedy, an homage to Preston Sturges. I’ve decided to show Peter Delacorte how things really work in Hollywood by completely changing the story around. Gabriel Prince is a vain actor, Lorna is a politically active screenwriter. If they can make Reagan look good in their own movie, “Four O’Clock High”, it is assumed he’ll get the part of Rick in Casablanca and go on to have a long career in acting, without the detour into politics. One more thing, there isn’t really a time machine, Lorna gets a bump on her head, and imagines everything. Many would argue that you cannot successfully adapt Thomas Pynchon to the big screen, and if you are foolish enough to try, “The Crying of Lot 49” is more filmable. Cronenberg is the right director to illuminate Pynchon’s bone-dry-after-a-drought-during-Prohibition sense of humor. The screenplay will need to focus mainly on Ben Profane and his interesting niche in the alligator industry, Rachel Owlglass, and the rest of the Whole Sick Crew. Have Stencil narrate flashback scenes exposing the mystery of V. We were promised two Deadwood movies to wrap up the story, let’s have at least one anyway. “Shakespeare in the Mud”, as one noted television critic calls it, is arguably the best written serial drama for the small screen, ever. The show itself, however, will not be admitted into the pantheon of greats until Milch makes good on his promise. 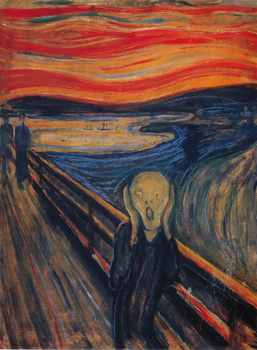 If a picture is worth a thousand words, how come there aren’t more movies based on paintings? There are a few ways you could go with this. You could write a screenplay about the iconic man gripping his bony cheeks, contorting his face into just the right expression of horror. Then you animate it, using Munch’s signature colors and wide-brush style. You could also do a live action movie based on the artist’s compelling life. A tormented alcoholic in Paris at the turn of the century, Munch conquered his demons and settled into the life of a gentleman farmer, later dying during the German occupation of Norway. Another storyline is the intrigue surrounding the various heists of the painting.

2
The Amazing Adventures of Kavalier and Clay
Michael Chabon So far it’s been all rumors and no action for the film version of Michael Chabon’s Pulitzer Prize winning novel. It looks like I’m going to need the backing of another industry heavyweight to get this worthy project off the ground. Chabon’s story begins in New York City, 1939. Josef Kavalier escapes from Czechoslavakia and moves in with his cousin, Sammy Klayman. They collaborate on a comic book about a Houdini like super hero, titled “The Escapist”, which becomes a modest hit in the early days of the fledgling industry. 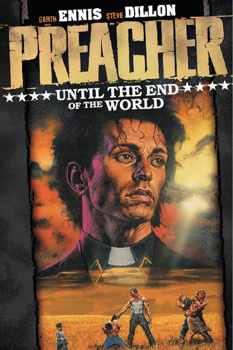 Based on the Vertigo series by Garth Ennis, it features three strong leads and a slew of good supporting roles. During a catastrophe that kills his entire congregation, a Texas preacher is possessed by a half-demon, half-angel entity called Genesis. He sets out on the road with Tulip O’Hare, his pistol packing ex-girlfriend, and an Irish vampire named Cassidy, looking for the the cult that’s responsible. It’s Left Behind meets Dracula and the Incredible Hulk, with a bosom full of Lara Croft thrown in for good measure. UPDATE: As it turns out, Columbia is going to do this movie for real, with Sam Mendes (The Beard of Avon) at the helm – it is due out in 2011!