None of us expect a life where we will never be offended or sheltered from conflict or hurt feelings. However, many self-appointed saviors are trying to make this a reality, through aggressive speech codes, legal rulings and corporate policies. Political Correctness (PC) originally flowered in academia and spread like a virus through the government and corporate worlds. It has devolved into a tyranny of the most offended person in the room.  PC complaints now range from the sublime to the ridiculous, and they are stifling the honest assessment, and debate, of issues in our lives. The following ten cases of Political Correctness “progress” range from silly to troubling to genuinely disturbing.  I’ve tried to play nice, but I genuinely don’t care if you’re offended.   And, please don’t worry about offending me in the comments section. 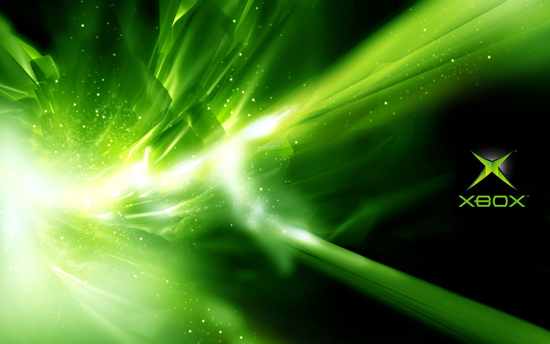 Xbox Live recently banned Josh Moore for violating its gamers’ code of conduct.  His offense?  Filling out his Xbox Live profile.  You see, Mr. Moore lives in West Virginia. More specifically, in FORT GAY, West Virginia. As Microsoft says, the word “gay” is always offensive. Never mind that several US townships incorporate the word into their name, many people have “Gay” as a first or last name, and some homosexuals do identify themselves as “gay.”  No, Microsoft obviously had a wise guy in their midst, and he had to go. So, despite a total lack of customer complaints, Microsoft froze Moore’s account and warned him that he could lose his prepaid subscription if he badgered Customer Service further. Fort Gay Mayor, David Thompson, tried to intervene, but was told that the city’s name didn’t matter;  the word “gay” was inappropriate in any context. As a result, Moore missed a Search and Destroy competition and his team lost. Microsoft has since carefully reviewed the matter and reinstated Moore with full Xbox Live privileges (translation: the story hit the web). 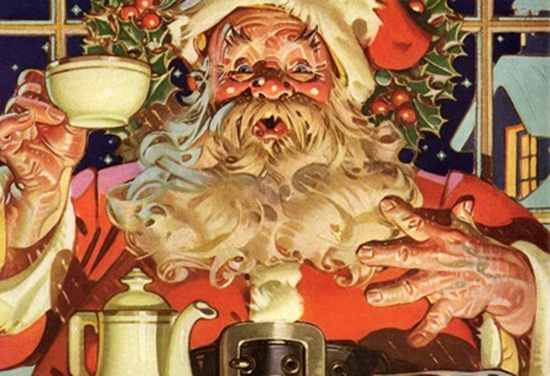 In 2007, Santa Clauses in Sydney, Australia, were forced to revolt for the right to say “Ho Ho Ho”, the traditional laugh of jolly old St. Nick. It turns out that their employer, the recruitment firm Westaff (that supplies hundreds of Santas across Australia), told all trainees that “ho ho ho” could frighten children and be derogatory to women. Why?  Because it was too close to the American (not Australian, mind you) slang for prostitute. Instead, the Santas were instructed to lower their voices and say “Ha ha ha”. Westaff relented only after the story broke nationally, deciding to leave the belly laughs “up to the discretion of Santa himself “. 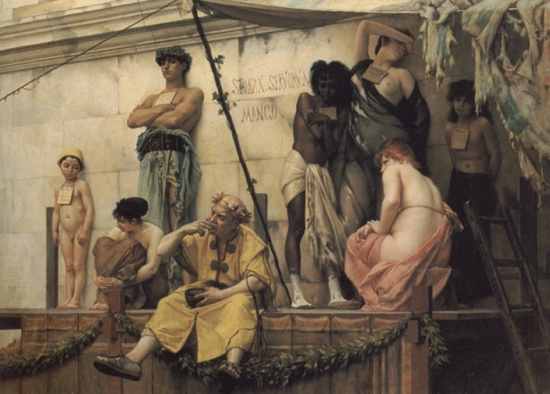 In 2003, Dennis Tafoya, director of the LA County affirmative action office, issued a memo describing an “exhaustive search” for any computer equipment labeled “master” and “slave”.  He also stated that all offending labels should be replaced with more appropriate terminology. Purchasing officials subsequently requested that all suppliers cease using labels deemed “unacceptable and offensive”—the first step of a creeping labeling ban.  The county began their investigation after ONE worker saw a videotape machine bearing the labels and filed a discrimination complaint with the Office of Affirmative Action Compliance.  However, “master” and “slave” are common terms for primary and secondary hard drives in the computer industry, and have been used without complaint for decades.  Due to overwhelming negative publicity and a near revolt from suppliers, LA County’s Division Manager of Purchasing and Contract Services promised there would be no ban on computer equipment based on current labeling practices.

7
Swan Song of the South 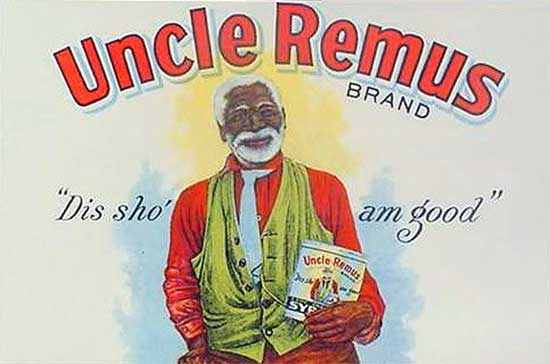 Uncle Remus is the American Aesop, and we’re losing this literary treasure in our libraries and cinemas. For example, Disney’s delightful “Song of the South” hasn’t been in official circulation since 2001, and likely won’t be anytime soon. The general objection to the film (which features the Uncle Remus stories) lies in the portrayal of African-Americans in the live action sequences. Many mistakenly believe that the movie sugarcoats slavery, but, if any of the self-appointed PC censors had actually READ the book, they’d know that the Uncle Remus stories are set AFTER the Civil War and AFTER the abolition of slavery. This is evident in the film, when Uncle Remus freely leaves the plantation with no fear of reprisal at all.  Walt Disney assumed people already knew this, and thought explaining it would be over the heads of most children (it is a kid’s movie, after all). But, depending on the PC crowd to read is a losing bet, and “Song of the South” remains locked in a vault. 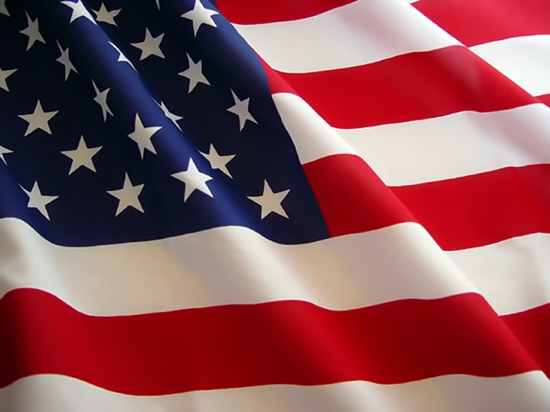 Administrators at a California high school sent five students home after they refused to remove their American flag T-shirts on Cinco de Mayo, the Mexican Day of Independence. That’s right, kids, you can’t wear your country’s flag in your country, lest it offend someone celebrating the holiday of a different country.  The story began when Assistant Principal, Miguel Rodriguez, asked two of the five teens to remove their American flag bandanas. The boys complied, but were still taken to the principal’s office for a chat. One of the boys told NBC “They said we could wear it on any other day, but today is sensitive to Mexican-Americans because it’s supposed to be their holiday, so we were not allowed to wear it.” They are right. It might be a little insensitive to wear an American flag shirt on Cinco De Mayo– if we were in MEXICO.
And it is an important holiday—IN MEXICO.  School District Superintendent Wesley Smith later described the incident as “extremely unfortunate” and said the matter is still under investigation. 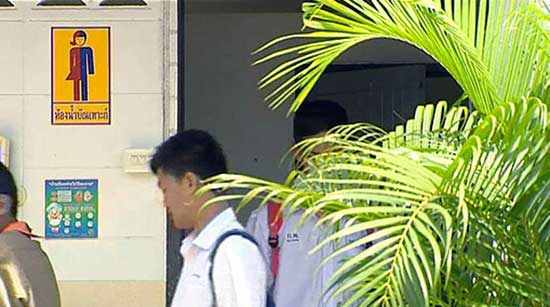 The Maine Human Rights Commission has proposed banning ANY gender divisions in public schools after ruling that, under the Maine Human Rights Act, a school discriminated against a 12-year-old transgender boy by denying him access to the girls’ bathroom. Think about that last part: after denying HIM access to the GIRL’S bathroom. As a result, in the near future, Maine schools may have no gender differences in sports teams, school clubs, bathrooms, or locker rooms. So, how many horny Maine boys do you think are working on a “transgender” scam to get into the girl’s locker room? Hint: it rhymes with “all”, because it is “all”.  The commission promises to issue guidelines on how to deal with the thorny particulars. I’m sure it will make fascinating reading. 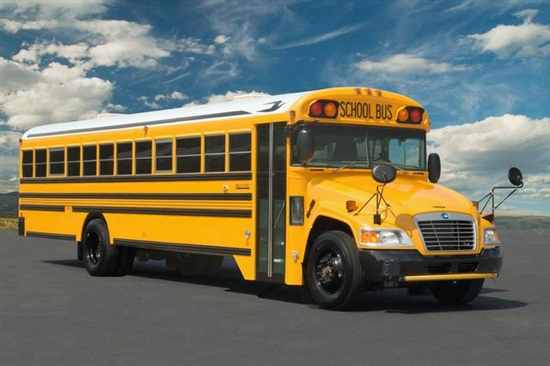 In 2008, a Carmel, Indiana, school bus driver, Betty Campbell, overheard little Rachel Zimmer saying that she couldn’t vote for presidential candidate Barak Obama because of his positions on abortion and gay marriage. That led to unsubstantiated allegations that she said that other students would go to Hell, which Zimmer strongly denies. When Campbell heard the allegations (again, unsubstantiated) she stopped the bus and delivered a politically correct sermon on tolerance to her captive audience, who probably just wanted to go home and play Xbox before their moms and dads came home.  The security camera caught it all on tape, including Campbell’s conversations with another student. She probed this student for racist allegations, threatening to “eat Zimmer alive” and calling her “a stupid little bigot”. It gets worse. After dropping Zimmer at home, Campbell completed her route and then RETURNED to the Zimmer home, ordering Zimmer and her sister back into the EMPTY school bus (without parental knowledge or consent) for more browbeating. She again lectured Zimmer about her opinions on gay marriage and reduced the girl to tears. After seeing the tape, Zimmer’s parents went ballistic, saying: “That’s not someone looking out for someone. That’s someone out to get somebody.” Carmel Clay Schools refused to fire or even discipline Campbell, stating that she was working within “the scope of her employment.” The family has since filed a civil lawsuit. 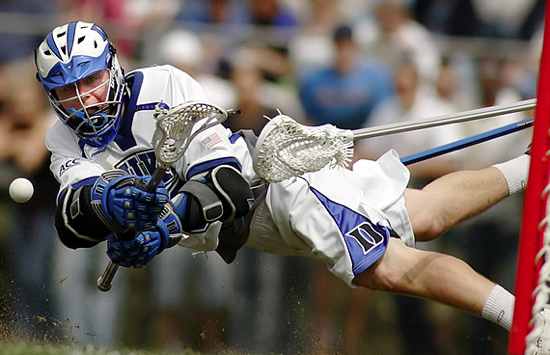 In 2006, the Duke Lacrosse team held a party and hired two strippers for the event. Not impressed with the talent on display, they rudely sent dancer Crystal Gail Mangum and her friend packing after a few songs. Payment was an issue, but witnesses say they departed safely. However, Mangum later accused three players of raping her at the party. What followed was a PC free-for-all involving the university, the press, and the district attorney’s office. Presumption of guilt was total. The university cancelled the remaining lacrosse season. 88 faculty members published a rushed full-page ad in the newspaper siding with the alleged ‘victim,’ and decrying institutional racism at Duke. Three players were indicted for first degree forcible rape and kidnapping, while several others were pilloried in the school newspapers and complained that professors were unfairly failing them. Other players transferred to lesser schools, glad to get a degree at all. District attorney Mike Nifong wanted in on the rich college boy takedown, so he ignored the DNA tests that failed to connect anyone on the team with Mangum, and used a ‘suspects only’ photo list for her to ID her assailants. Eventually, scores of inconsistencies in Magnum’s testimony came flooding through, including prior false accusations of rape, no corroboration from her friend at the party, and an ever-changing events timeline. One newspaper determined Mangum was telling at least five different stories at any given time. Worst of all, one player was videotaped by an ATM camera miles away at the exact time he was supposed to be raping Mangum. The tide had turned– North Carolina law and Duke were looking decidedly foolish. So on April 11, 2007, the Attorney General dropped all charges and declared the three players innocent–victims of a “tragic rush to accuse.”

District Attorney Mike Nifong was later disbarred.  The ex-players are seeking unspecified damages from the City of Durham, and Duke has already completed several legal settlements. The NCAA even reinstated the players’ athletic eligibility, although most had already graduated. The group of 88 professors has yet to publish an apology or retraction of their original ad. Miss Mangum was later arrested in 2010, in a separate case, and has been indicted for attempted first-degree murder, five counts of arson, assault and battery, communicating threats, three counts of misdemeanor child abuse, injury to personal property, identity theft and resisting a public officer.

2
We Have Met The Enemy 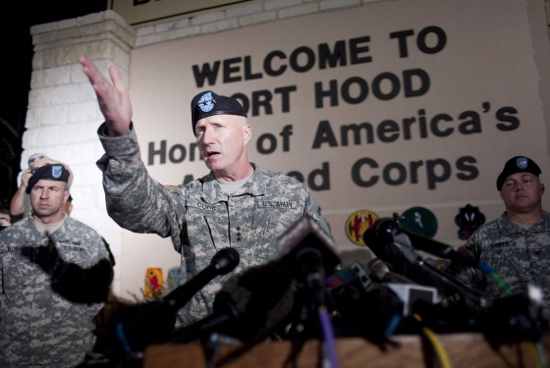 Political Correctness can have deadly consequences, even for an army at war. In November 2009, US Army Psychologist Nidal Malik Hasan killed 13 people (one pregnant) by opening fire on a US Army base, all while shouting “God is Great” in Arabic (a misappropriation of Muslim prayers, but used in the 9/11 attacks).  How could anything like this happen on a military base?  Unbelievably, the Pentagon knew of Hasan’s emails to radical imams, and his increasingly bizarre policy recommendations for Muslims serving in the US armed forces.  Many coworkers and colleagues referred to him as a “ticking time bomb.” Red flags appeared everywhere showing that Hasan was seriously conflicted about being a Muslim in the US military, but the Army’s middle management ignored these signals because they were “afraid to be accused of profiling somebody.”  That PC fear may have cost 13 people their lives. 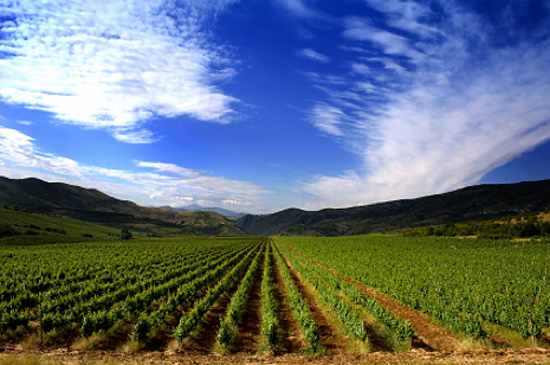 The fear of genetically modified (GM) crops, whipped up by environmentalist hysteria in Europe and America, has prompted many African countries to ban ALL U.S. food aid because it may contain GM corn. This occurs even as desperate Zambians and Angolans break into government silos to “steal” donated GM food that is being denied them. There are no restrictions on these foods in industrialized nations, yet people too poor to buy their next meal are denied the same foods even when it’s free. They could realistically starve without it, yet Greenpeace prides itself on stopping shipments of GM food to starving people.  The policy borders on genocide. Penn Jillette (always good for a quote) sums it up nicely: “Unless you and yours are starving, you need to SHUT THE $#@! UP.”