We probably do not think much about fonts. Most of us can’t recognize the majority of them, let alone name them. However, history has proven that fonts are more important than we think they are.

Fonts have sometimes become symbols of progress and political allegiance. They can also be used to expose fraud or delay court judgments. They have caused centuries-old disputes, brought down governments, and fomented protests and public outrage. 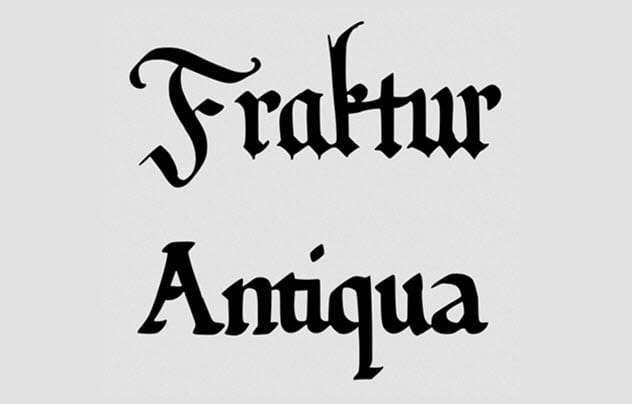 From the 1800s until World War II, Germany was enmeshed in a weird controversy over the use of two fonts: Fraktur and Antiqua.

Fraktur was the major font used in Germany until Antiqua came along in the 16th century. Antiqua had been adopted in the non-German parts of Europe, including France and Italy, but not in Germany. However, German printers used it to print non-German words and maintained Fraktur for German words.

Antiqua started to gain prominence in Germany in the 1800s. Several Germans resisted it because it was the preferred font for several political events, including the Renaissance and the French Revolution. The German resistance to Antiqua became more heated after Napoleon was defeated at Waterloo.

Conservative Germans considered Antiqua to be a symbol of the French and deemed its use to be unpatriotic in Germany. Radical Germans supported the adoption of Antiqua because they considered it progressive. Soon, German printers were divided over the two fonts. Printers who used Antiqua were called Altschrift, while those who used Fraktur were called Frakturbund.

The Frakturbund continued to win. In 1911, Germany even banned Antiqua in schools and introduced Sutterlin script in its place. The Nazis found themselves at the center of the heated Fraktur-Antiqua dispute when they got into power. They supported Fraktur until January 1941 when Hitler declared it a Jewish script. So they abandoned it and switched to Antiqua.[1]

9 A Font Brings Down The Pakistani Prime Minister’s Government 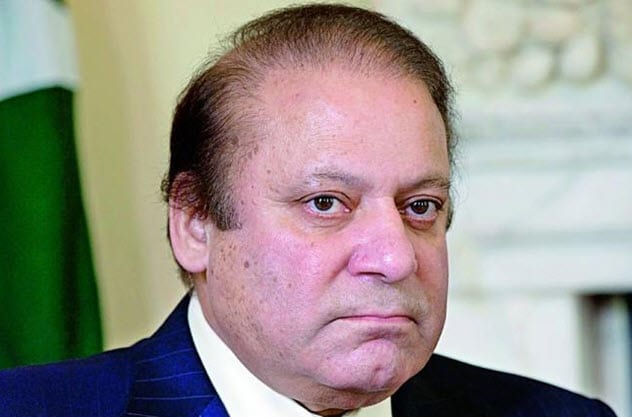 Several top celebrities, businesspeople, and politicians (including currently serving and past world leaders) were implicated. This included Iceland’s Prime Minister Sigmundur David Gunnlaugsson and Pakistan’s Prime Minister Nawaz Sharif. Gunnlaugsson resigned the day after the leak, while Sharif managed to hold on for some months.

The Panama Papers revealed that Sharif and his family possibly wired state money through the fake businesses to buy homes in London. Sharif and his family denied the accusations. His daughter, Maryam, even provided documents to prove that the homes were owned by a private business. She claimed that her family only acted as the trustee.

The key document was dated February 2006. However, it was printed in the Calibri font, which was released in 2007. The Sharifs’ attorneys and supporters claimed that Calibri was designed in 2004, which was true. The designer, Lucas De Groot, started work on the font in 2002 and completed it in 2004.[2]

However, Microsoft only released test versions to a closed group of people before its official 2007 release. According to De Groot, it is unlikely that an unknown and unreleased font would have been used to print official documents in 2006. Nawaz Sharif later resigned after the Pakistani Supreme Court declared that he was not honest enough to remain in office. 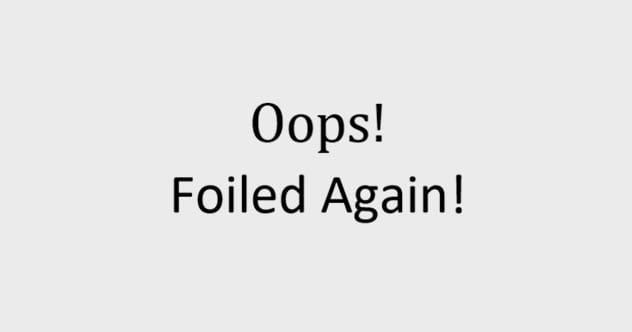 In December 2017, Gerald McGoey, the chief executive officer of Look Communications, filed for bankruptcy. He was ordered to sell his properties to repay the $5.6 million he owed creditors. These creditors appointed some trustees to audit McGoey’s properties to see what they could lay their hands on.

The trustees found two homes. However, McGoey claimed that the homes belonged to his three children and even provided paperwork as proof. He was soon busted after the documents were revealed to have been printed with fonts that did not exist at the time the supposed trusts were signed.[3]

One document dating back to 1995 was printed in Cambria, which was designed in 2002. The other paper dated back to 2004, even though it was printed in Calibri. As we mentioned earlier, Calibri only became available in 2007. McGoey’s attorneys later claimed that the couple had made mistakes with the dates but insisted their claims were true. The court decided otherwise. 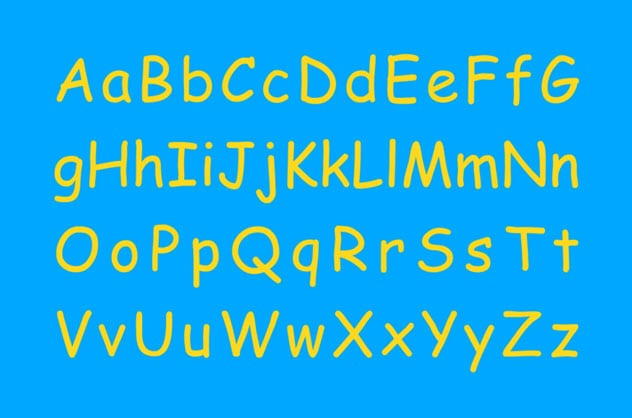 Vincent Connare designed Comic Sans in 1994. He made the font for Microsoft Bob, a new program that Microsoft was working on at the time. Microsoft Bob turned the screen of a computer using the Windows 95 operating system into the image of the inside of a home. Users could launch programs by clicking on similar objects in the home.

For instance, clicking on the clock opened the calendar. Clicking on the pen and paper opened Microsoft Word. A dog guided users through the home and spoke in a speech bubble in Times New Roman font. Connare thought that Times New Roman was too serious for the new program, so he created the playful and friendly looking Comic Sans.[4]

Although Comic Sans never made it into Microsoft Bob, Microsoft released it with Windows 95. The font became popular and was soon used for important and official purposes like tombstones, warning signs, and lifesaving hospital equipment. This whipped up outrage against the font.

Having a playful-looking font on official and important items was a big no-no. It was like having a clown in a business meeting. So the font ended up as the most hated font out there. There is even a movement calling for its ban. Nevertheless, it is still good for children and people with dyslexia. 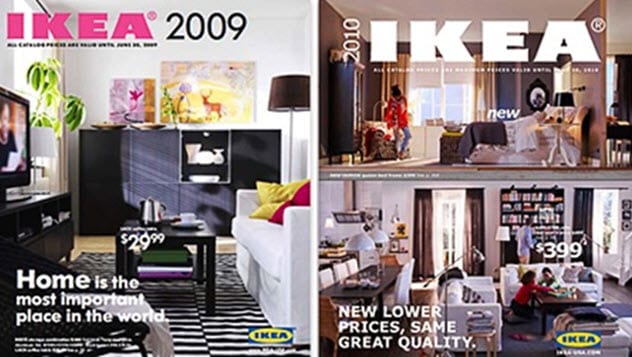 In August 2009, IKEA quietly dumped the trademark Futura font it used in its signage and catalog and switched to Verdana. Unfortunately, customers noticed and started a backlash that we remember today as Verdanagate.

IKEA agreed to the change a few months earlier when executives decided to standardize the fonts they used online and offline. Before then, IKEA used Verdana on its website and Futura on its signage and in its catalog. Futura was not available online at the time, so executives settled for Verdana.

Unfortunately, Verdana was created for online use and flops badly when used offline. It looks unusual when the font size is increased or is printed at a high resolution, which is what IKEA did. This was why it was quickly noticed and generated such negative publicity that IKEA was forced to revert to Futura.[5] 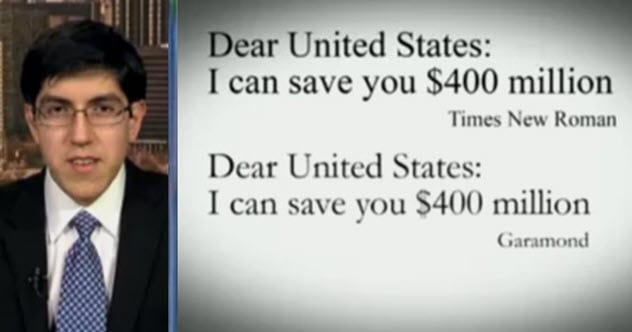 In 2014, Suvir Mirchandani, a 14-year-old student, revealed that the US federal and state governments could save around $467 million a year if they changed the font they used in official documents to Garamond.

Mirchandani made the claim after comparing Garamond with Century Gothic, Comic Sans, and Times New Roman. He discovered that Garamond was thinner and used about 25 percent less ink than the other fonts. He later calculated that US federal and state governments could save $467 million a year if they switched to Garamond.

Besides, the US government does most of its printing with printing presses and not with office printers. Mirchandani’s experiment was done with inkjet printers, even though the government also uses laser printers which require toner. Toner is cheaper than inkjet inks, which would affect any cost savings.[6]

Lastly, the US government does not actually buy ink. Instead, it has deals with other businesses to provide office printing services. These businesses charge based on the pages printed and not the amount of ink used. So the government spends the same amount of money to print a color photograph as it does to print a page with just a single letter on it. 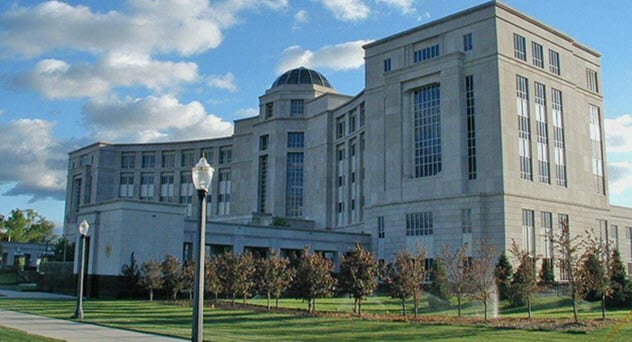 In 2011, Michigan governor Rick Snyder signed a controversial law that allowed the governor to appoint emergency managers to take over the affairs of mayors and city councils in periods of crisis. The law quickly became infamous, causing protests, controversies, and a legal battle.

On one side was Michigan Citizens for Fiscal Responsibility that opposed the law. On the other was Stand Up for Democracy that supported the law. The state agreed to call for a referendum in November 2012 to decide if they wanted the law to remain.

Michigan Citizens for Fiscal Responsibility sued, asking the Michigan Supreme Court to cancel the referendum because the Stand Up for Democracy movement used a small-sized font in the documents it submitted to request the referendum.

Michigan Citizens for Fiscal Responsibility claimed that the small font made the petition illegal. This did not fly with the court, which later ruled that the state could appoint emergency managers.[7] 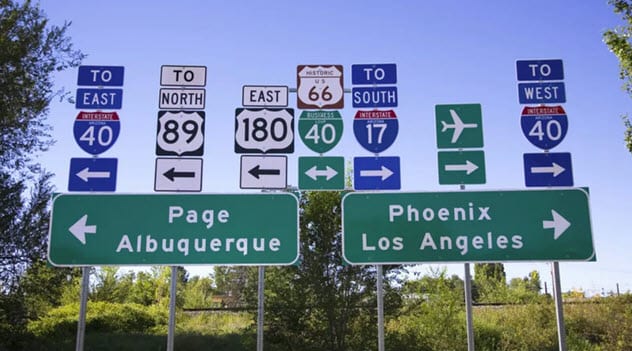 The Federal Highway Administration first approved Clearview for use in 2004 after researchers proved that it was clearer than the Highway Gothic typeface. A 1997 test indicated that Clearview was 16 percent more readable at night. A 2001 experiment proved that it increased reading distance by 12 percent on the highway. This meant that drivers could read Clearview 23 meters (74 ft) farther away than they could read Highway Gothic.

However, later tests indicated that Clearview was no better than the Highway Gothic typeface. The supposed clarity was credited to the quality of materials used in making road signs bearing the Clearview font. 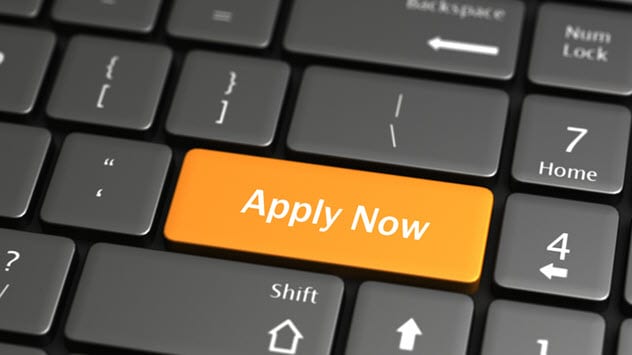 A few years ago, Susannah Maidment, a paleontologist at the Imperial College London, tweeted that her research grant application to the Natural Environment Research Council (NERC) in the UK had been rejected because she submitted it using Calibri.

NERC later explained that it rejected 4 percent of funding proposals over wrong fonts. The organization said that its font requirement was necessary to ensure that applicants had an even playing field because smaller fonts took up fewer pages and allowed applicants to give more details.

1 Ad Agency In Trouble Over Font 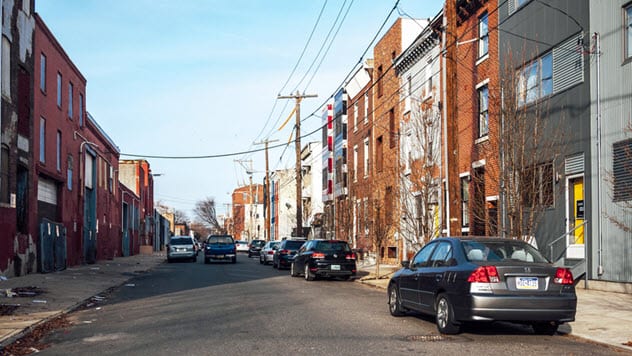 In 2017, Cliff Ross, an advertising agency based in Philadelphia, released 10 new fonts that it felt would resonate with the city. Each font was modeled after a different neighborhood. For instance, the font modeled after Center City, which contains much of Philadelphia’s offices, resembled skyscrapers.

However, the font modeled after North Philly proved controversial. It resembled boards of wood held together with nails. This provoked outrage because it suggested that the African-American–dominated North Philly was filled with shanties. Users called the font everything from offensive to gross and disturbing, forcing Cliff Ross to retract it.[10]

10 Attempts to Use Magic and the Supernatural to Win Wars