As a follow up to Cedestras brilliant list of 20 amazing and unusual weather phenomena, I have decided to make a list with 10 more items. Our atmosphere shows off so many strange and wonderful displays, but often times these brilliant phenomena happen so rarely, and in places all over the world (insert lame ‘once in a blue moon’ pun here). Now then, onto the list! 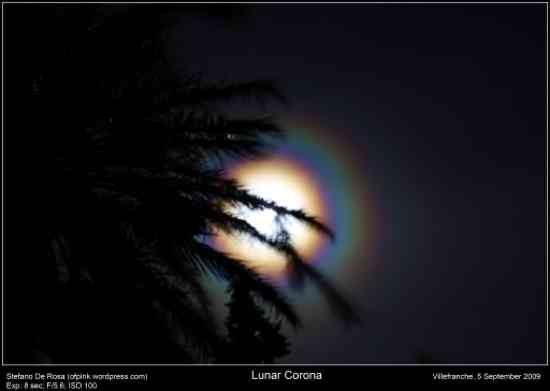 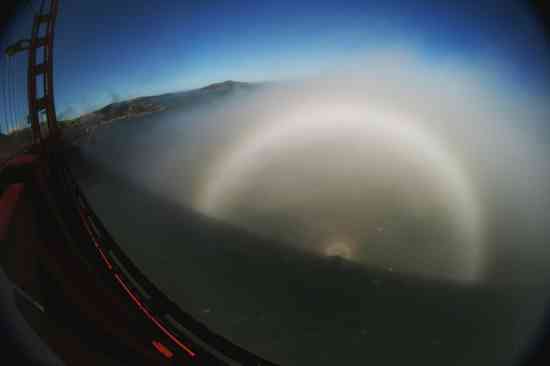 There are various different names for fogbows; mariners call them sea dogs, pilots call them cloudbows, some people call them white rainbows because of their lack of color (they do have some red and blue in them though, sometimes). Like a normal rainbow, a fogbow is created with the diffraction of light through water droplets, but, in the case of fogbows, very small water droplets create the effect seen above. 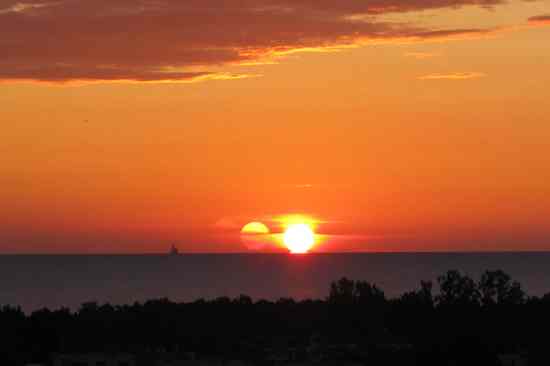 It’s a little hard to see but there are 3 side by side suns in this illusion. It’s unknown what exactly created this double mirage-like illusion but it’s been suggested that it may be any number of things such as standard reflections, atmospheric lensing or something else entirely. It’s unlikely that most people would notice this illusion since it’s so tricky to actually see from afar, as you would of course view it. 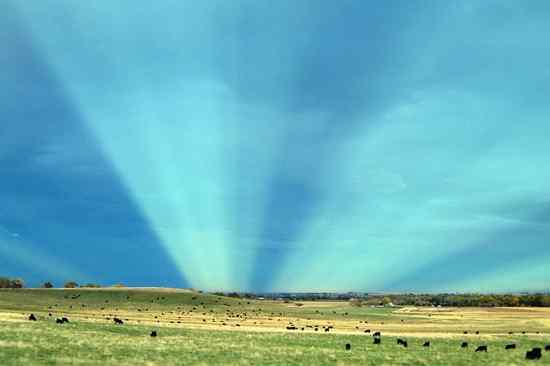 You might describe these sun rays as god rays, in a particular formation. They are formed at either sunrise or sunset when the sun casts rays up from the horizon through some well placed clouds. And if you liked this item then make sure to also check out its brother formation, crepuscular rays which are very similar in appearance. 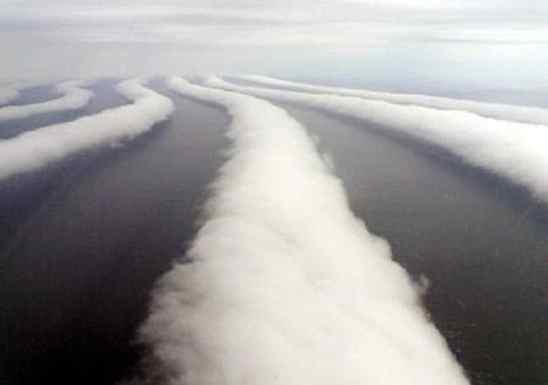 These rare cloud formations are low lying (at around 100-200 meters high) and can only be predicted in one particular place on earth, but can occur in various places around the world. These clouds are classed as types of roll clouds and whilst having a lot of the same characteristics they can come in rows, and less is known about this particular cloud formation. Some people say that they form in areas of high humidity, but it is not known for sure what brings them about. 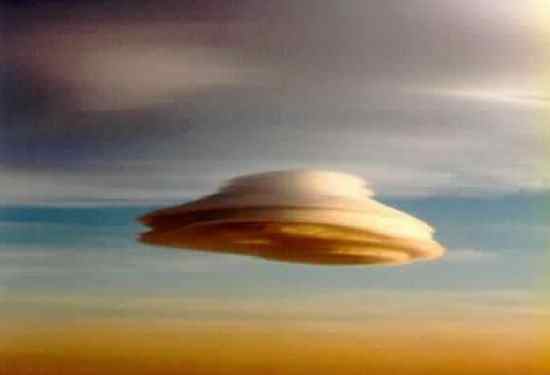 Aliens! Okay, maybe not, but the shape of these clouds will sure make you take a second look. These clouds aren’t always shaped like alien spaceships from 50s sci-fi movies though, but sometimes rather like a stack of lens shapes, a single large lens shape, or even just a particularly long cloud. Lenticular clouds are formed through air moisture that condenses from an updraft that has been interrupted by a mountain or other large formation and has come back down. And after this air moisture condenses and forms a cloud it evaporates again, leaving behind the lens shaped cloud formation you see in the picture above.

The reason these clouds are described as waves is because they look like waves in general, but they look like waves especially in motion (see timelapse above). The way these clouds are formed is by a trigger to start off with (such as a thunderstorm updraft), and after the air rises into stable air it sinks again (so up and down just like a wave formation), which creates this momentum in the clouds. Another interesting view of gravity waves in the clouds can be seen from above where you get these rows of clouds. 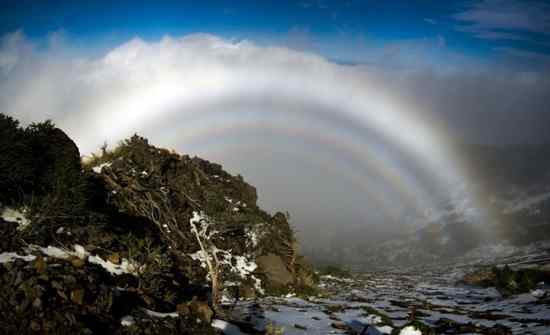 WHAT DOES IT MEAN?! It means that there’s an optical illusion going on, but the illusion breaks if you try to get a closer look. What you can see in the picture is a hall of fogbows, created by sunlight backscattering off a cloud passing below the peak of the mountain from which this picture was taken. These ‘supernumeraries arcs’ have only been understood recently and they also occur in regular rainbows as well (so somebody get the word out to the double rainbow guy!). 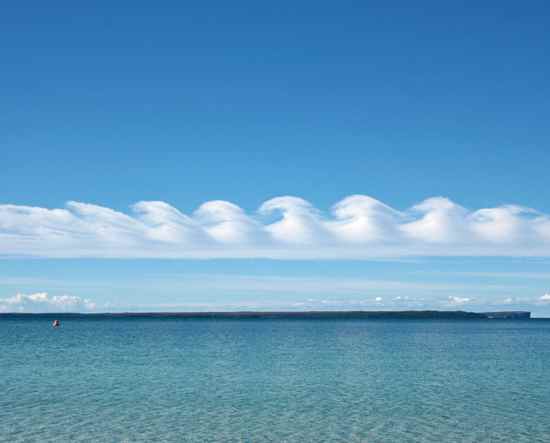 As it turns out those strange looking clouds you probably drew in school when you were little may have been more realistic than you first thought. This formation is very unusual and a bit surreal. They are also rarely observed as they don’t retain this shape for very long, and they don’t occur very often either. These cloud formations come about because of shearing winds up at cloud level.

A personal favorite of mine, roll clouds can be hundreds of kilometers long, and, just as the name suggests, they roll. This is because of cold air rushing out of a downdraft from a storm front, lifting warm air which cools and sometimes forms this type of cloud. If you want to get an idea of what this actually looks like in motion then the video above shows a brilliant demonstration of this, so watch and be in awe.