Throughout history, man has tried to control the forces and processes of nature. Agriculture is just one example. We learned to farm so that we could control food sources on our own terms rather than desperately hunting and searching for food.

However, one force of nature that we haven’t been able to tame—the weather—affects agriculture severely. Sure, we have found ways to shield ourselves from the weather (buildings) and have even produced environments within buildings (indoor ski slopes). But we are still at the mercy of Earth’s climate systems, such as droughts and monsoons.

There have been significant world applications of weather modification. The US military created artificial rain during the Vietnam War, and China controlled the weather for the 2008 Olympics. Although these were serious projects, we’re going to explore the crazier stuff—from theory to practice—instead.

10 Shoot And Be Noisy To Stop Hail

A hailstorm can easily destroy fields of crops. Even in ancient times, some people realized that they couldn’t pray away the hail. In fact, ancient Roman legal code called the Twelve Tables prohibited superstition in the fight against hail. Technically, it didn’t say anything about fighting hail with weapons and sound, though.

This started a tradition despite laws to stop people from doing so. In 789, Charlemagne (aka Charles The Great), king of the Franks, had to forbid people from ringing church bells and exhibiting prayer tables every time there was hail.

Later, people moved to firing arrows at the clouds. When gunpowder became widespread, cannons, muskets, and rifles were used. In 1750, the Austrian Empire made this illegal. However, by 1886, they seemed to have given up and were conducting their own anti-hail experiments by firing big mortars at the clouds.[1] 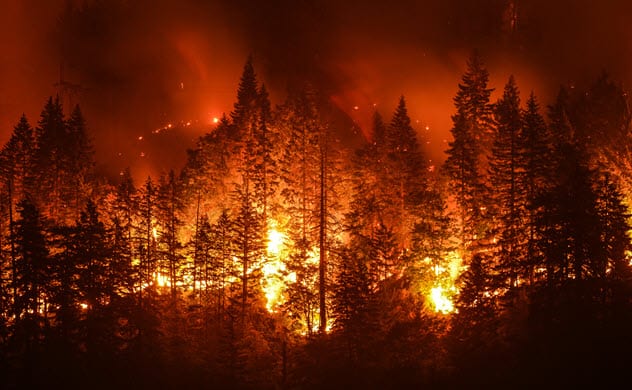 In 1836, James Pollard Espy, the US government’s first official meteorologist, devised an answer to the question of how to cause storms: set stuff on fire. His theory was that storms are created by hot air rising in columns (which produces rainfall).

He wanted a forest stretching north to south in the western US. Sections could be burned if rain was requested by farmers. This idea was rejected by the government despite his polite request for a 966-kilometer (600 mi) stretch to use as a test. Some scientists pointed out that forest fires happen all the time without creating rainfall, which didn’t help his case.

However, some people were worried that Espy’s method would be successful and give power to the federal government to control the weather. Senator John Crittenden of Kentucky noted, “And if he possesses the power of causing rain, he may also possess the power of withholding it.”[2]

Essentially, they thought Espy was going to turn into a crazed weather dictator with government approval. 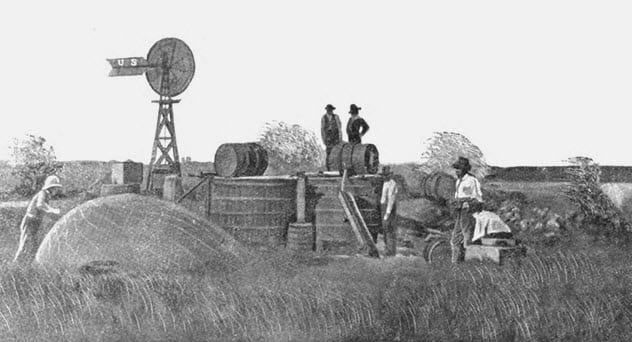 At least one man was given money by the US Congress to carry out his weather experiments. In August 1891, Robert St. George Dyrenforth traveled to Midland, Texas, with $9,000 worth of an arsenal, including massive kites, 3- to 6-meter-tall (10–20 ft) balloons, mortars, six kegs of blasting powder, and 230 kilograms (500 lb) of manganese oxide.

The plan: Blow up the sky with exploding kites and balloons.[3]

Initially, things went well because no big newspapers sent reporters to check on Dyrenforth. He was taking credit for rain that happened far away from his site and even for showers predicted by the Weather Bureau. The Sun described it as “a great success” despite never having been there.

In 1892, Congress gave Dyrenforth another $10,000, but his luck ran out. In October 1892, his nighttime explosions in the Washington, DC, area around Fort Myer produced nothing in the diverse community but “profanity in 17 different languages.”

By December, Dyrenforth had moved to Texas. There, the media started turning against him. A San Antonio newspaper wrote that his plans had “gone up like a rocket and come down like a stick.” After that, Congress refused to give him the remaining $5,000 in his budget, which ended his adventure.

The Steiger Vortex gun, designed by Albert Steiger, was a 5-meter-tall (16.4 ft) metal device shaped like an ice cream cone. The gun was designed to produce vibrations that destroyed hail and caused rain. It was used in Austria to protect wine-growing regions.

Clement Wragge, a government meteorologist in Australia, was impressed by this and decided to bring the technology back to his homeland. Six guns were placed in Charleville in September 1902. Despite firing repeatedly at two-minute intervals, no rain was produced. In fact, the only thing dampened was Wragge’s career in meteorology.[4] 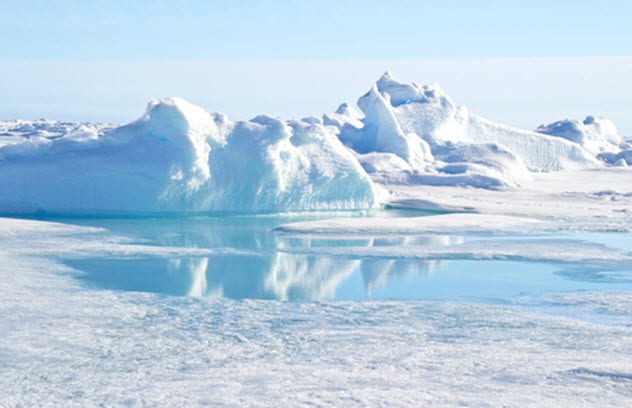 In this era of climate change anxiety, we are often told that we should be concerned with the melting of ice caps and the poles. Back in the day, though, they wanted to declare outright war on these things.

Writing in The Atlantic Monthly in 1877, N.S. Shaler had nothing but hate for the poles, describing the cold weather they brought as “ruthless as Huns, slaying and scalping all the creatures of summer like barbarians as they are.”

In his opinion, we needed to reroute the Pacific Ocean’s warm Kuroshio Current through the Bering Strait. This would cause arctic temperatures to rise by 16.67 degrees Celsius (30 °F), and we wouldn’t have to deal with winter anymore in North America.[5] 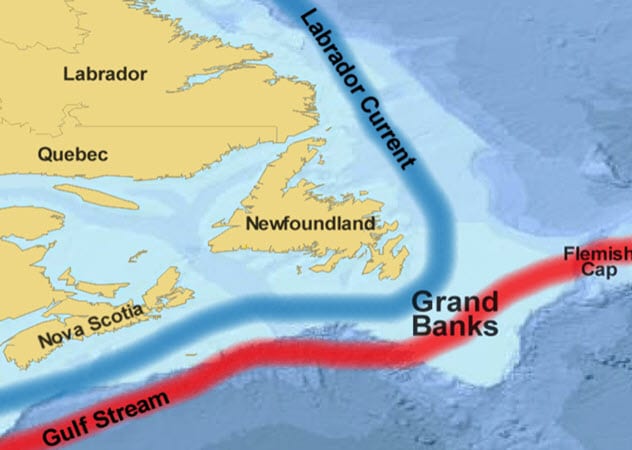 In late 1912, the North Pole and the South Pole were still considered the enemy. According to The New York Times, we needed to end “the iceberg menace.” The Titanic had sunk in April of that year, so maybe the hostility was understandable. Carroll Livingston Riker, an engineer from New York, had a $190 million plan.[6]

He wanted to reroute the Gulf Stream by building a 320-kilometer (200 mi) jetty eastward from Newfoundland. This would have obstructed the cold Labrador Current and moved it eastward to meet the Gulf Stream (which was moving northward) in deep water. The jetty would have had 9 meters (30 ft) of rocks upon it.

Warm water is lighter than cold water, so warm water would have been able to travel farther—approximately 645 kilometers (400 mi) north to warm those currents as well. According to Riker’s theory, this would have melted Greenland’s heavy ice cap and shifted the Earth’s axis.

Nothing came of these plans, and the poles were safe for another day. 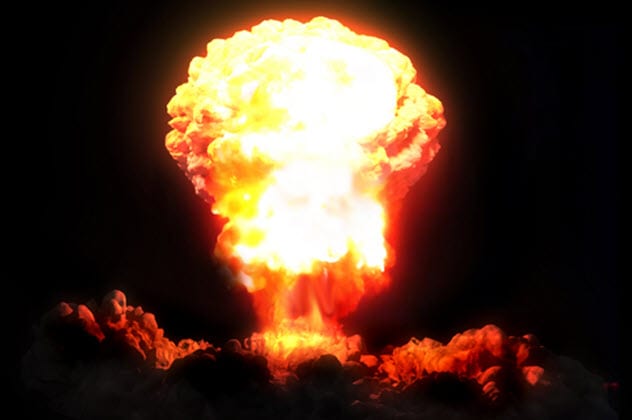 In 1945, Julian Huxley, a cofounder of the United Nations Educational, Scientific and Cultural Organization (UNESCO), spoke at a conference in Madison Square Garden about using nuclear bombs as “atomic dynamite [for] landscaping the Earth” (melting the polar ice cap).

This was extremely inappropriate for two reasons. First, the US had just dropped two nuclear bombs on Japan, killing over 100,000 people. Second, this conference was about arms control, which leaves us somewhat doubtful that the participants wanted to drop more nuclear bombs.[7] 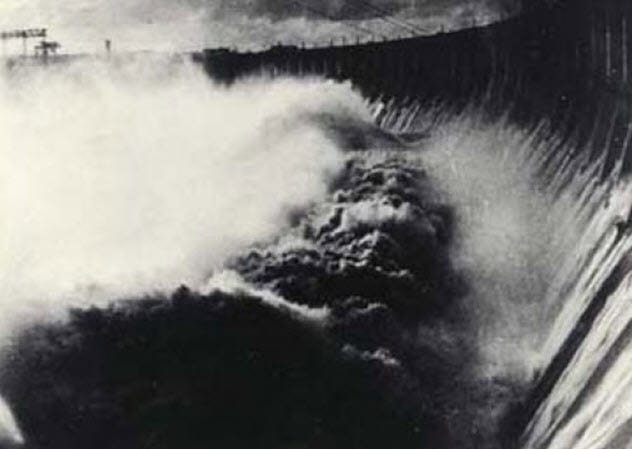 Although Russia is a huge landmass, a lot of it is covered in ice or is inhospitable due to the extreme cold. During the Cold War, the Soviets planned to build a massive dam from their eastern coast to Alaska. This was another attempt to direct the Gulf Stream up north and warm the Arctic. In this case, it would have opened up more landmass for the Soviets to use.[8]

Even crazier, the Americans almost agreed to this plan despite being in the middle of the Cold War. The Soviets argued that everyone was likely to benefit from a warmer climate. The idea was floated to the Bulletin of the Atomic Scientists who brought up the matter in the 1960 presidential debates.

Then-Senator John F. Kennedy responded that it was “certainly worth exploring” in the context of greater cooperation. 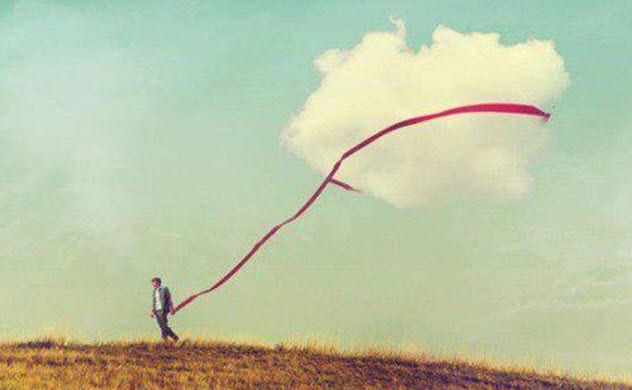 In 2018, Iran accused Israel of stealing water from clouds before they reached Iran. At that time, Brigadier General Gholam Reza Jalali, head of Iran’s Civil Defense Organization, declared, “We are faced with the cases of cloud theft and snow theft.” He also referred to a study which had concluded that all highlands above 2,200 meters (7,200 ft) from the Mediterranean to Afghanistan—except for those in Iran—had received snowfall.

Fortunately, Ahad Vazife of the Iran Meteorological Organization stepped in to stop this from escalating into a full-scale diplomatic war at a time when the two countries were at odds over Syria. Vazife pointed out that if countries could hijack clouds, then the US would not have been suffering from a water shortage. According to Vazife, the Americans would have just stolen someone else’s rainfall.[9]

1 Burning Up The Sky

FIDO worked by running pipes with burners around airfields. These would be fed by tanks of petrol, causing flames to shoot up and raise temperatures enough to disperse fog. It allowed the RAF to get planes airborne and attack German forces that were still grounded by the fog.[10]

The operation ran from 1943 to 1945 but was discontinued due to the costs. The RAF had burned over 380,000 liters (100,000 gal) of petrol per hour to operate FIDO. The project remained dormant until 1959 when the last system was removed from RAF Manston.

10 of the Weirdest Museums in America