Nowadays, more so than ever before, getting high doesn’t have to involve a trip to the projects to ask a sketchy man on the sidewalk for drugs. It can be as simple as opening up the medicine cabinet and eating two or three pills. With medicine being abused so rampantly, I believe it is beneficial for parents and friends alike to be aware of what prescription drugs can be abused, and just what these substances do to one’s body. 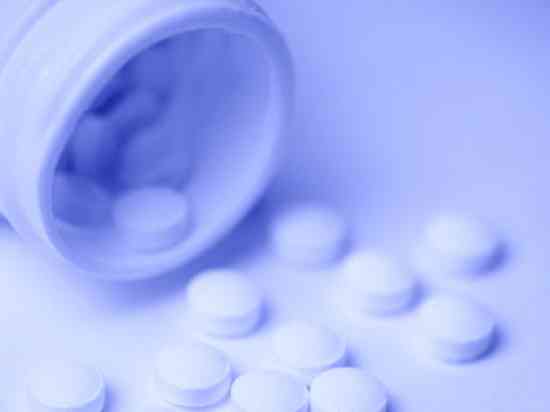 Zolpidem is a nonbenzodiazepine (similar to a benzo, but with a different molecular structure) drug with powerful hypnotic and sedative effects. It’s prescribed by doctors for treatment of insomnia, and in rarer cases as a muscle relaxant. Due to its GABA antagonist properties, it is similar to alcohol in its ability to relax inhibitions and promote sociability. In especially high doses, the onset of amnesia can be quite potent, resulting in the user having a “night they can’t remember”. With adolescents having limited access to alcohol, abusing their parents’ Ambien isn’t uncommon. Although it would be a legitimate medicine that a doctor saw fit, those prescribed it should keep in mind driving, or yielding heavy machinery (such as chainsaws) is, by no means, a good idea while influenced by this drug. Eminem had a reasonably publicized affair with zolpidem in 2009, after he started using it to help him sleep through the stresses of his life.

If you’re on the road to recovery, you might find help in 100 Interactive Activities for Mental Health and Substance Abuse Recovery at Amazon.com! 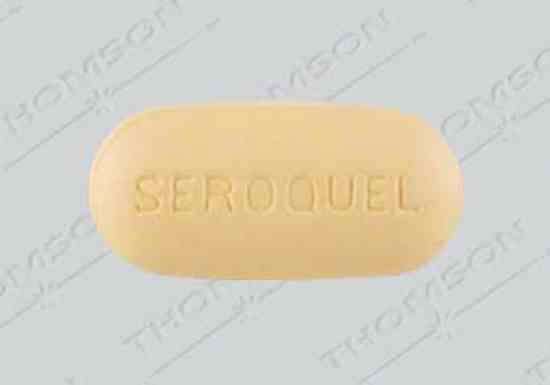 Although antipsychotics are rarely thought of as “drugs of abuse”, quetiapine deserves recognition on this list due to its huge recreational value in prison. Prescribed for schizophrenia, bipolar disorders, and insomnia, Seroquel doesn’t seem, at all, like a drug you’d want anyone to even know you’re prescribed. However, the tranquilizer has earned the name “Jailhouse Heroin” among our citizens who are paying their debts to society. Abusers seek its anxiolytic (anxiety reducing) effects, as well as its tendency to reduce feelings and provide a careless state of mind. Prisoners commonly trade their meals and money for these pills, only to find their benefit outweighed by the price they paid after the effects have ended. Even though this is a prison drug if there ever was one, note that is also serves recreational use among the outside, as well. It can be used to come down off uppers like cocaine and amphetamines, reduce anxiety during “bad trips”, and combines with cocaine to form a “Q-ball”. With a combination like that being well documented, it is clear that “Suzie Qs” are among the most unintelligent drugs one could do. 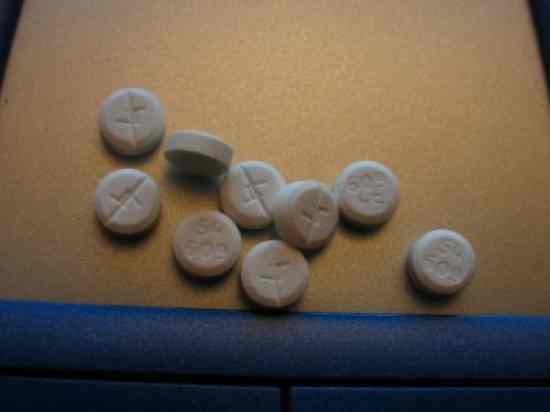 Often prescribed for pain (and occasionally bad cough), Dilaudid is known as more of an “all or nothing pharmaceutical”. This is because abusers can take well above the allowed dose and not feel a bit of the euphoric opiate heaven he’s used to, or the said person may claim it’s the closest to heaven they’ve ever been with a moderately low dose. The oral bioavailability (the fraction of a substance that can be used by the bodily systems before it’s lost en route) of hydromorphone is very low, therefore popping three 4mg “dilly dallies” may not blow one’s mind in the least, but administering it through a needle could well be compared to intravenous heroin. With all opiates being able to be injected via one method or another, Dilaudid may not seem special, but it does have one unique property. It can be liquefied through “cold shaking”, meaning hydromorphone requires no heat for water solubility. This factor is taken advantage of by many heroin addicts in need of a shot; however the difficulty of abuse via oral administration makes it one of the safer opiates to have around a house with adolescents. 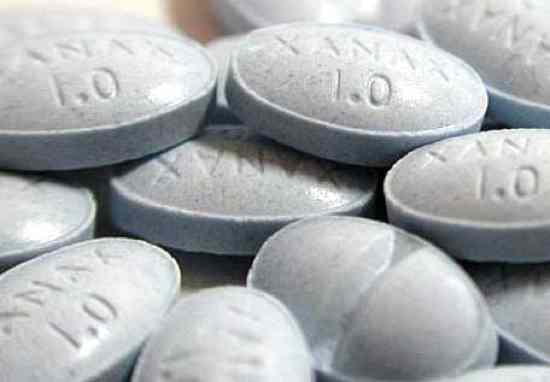 Benzodiazepine abuse is very common among those self-medicating for stress and anxiety, but one particular benzo, by the name of alprazolam, is also very common among recreational users seeking a “high”. A physician will prescribe a patient Xanax for panic disorders, insomnia, and, more rarely, social anxiety. Although it’s available in doses of .25, .5, and 1 milligram, the most popular tablet on the street is the 2mg Xanax “bar”. They are either crushed and insufflated or popped. With intranasal use especially, the onset is very rapid and instills relaxation, reduced, alcohol-like inhibitions, and potent apathy in the user. Alprazolam, and other benzodiazepines, like Valium, Klonopin, and Ativan, are abused to enhance sociability and to let one “be themself” around social gatherings, like malls and parties. What makes benzos more dangerous to abuse, versus opiates, are the withdrawals. A long time addicted user will get panic attacks and seizures when he can’t redose. 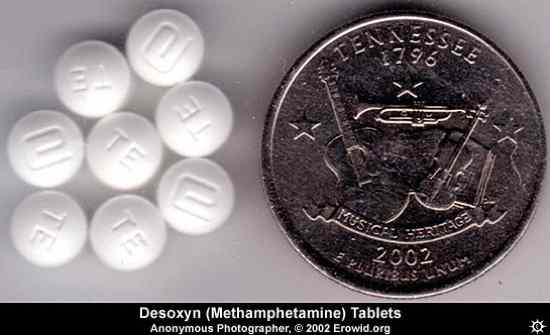 No, you didn’t just misread that subtitle. Methamphetamine, or “speed”, “crank”, “ice”, ext. is available by prescription in the United States, New Zealand, and Canada for ADHD treatment, as well as obesity, due to its appetite suppressing effects. Good luck trying to get it legally though, if you’re persuasive enough to convince a doctor that your ADHD is so bad, that only meth can control you, you should seek a career in law. I bet Johnny Cochrane could’ve gotten a script! Okay, not to get off topic. When Desoxyn is obtained, it obviously has very high street value, for its drug and for its consistent dosing. A meth user never knows what he’s getting in a bag he got off the street, but a 10mg Desoxyn tablet would be seen as a “good batch” all day. 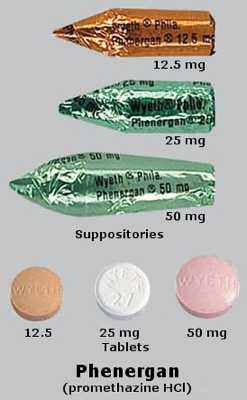 Prescription cough syrups (such as Tussoinex and Phenergan) containing narcotics such as codeine and hydrocodone have become very popular among young adults through pop culture. Several rappers have made it clear that they not only enjoy recreationally drinking “purple drank”, but they encourage it, almost as much one would normally encourage a safer drug, like marijuana. Like other opiates, they instill euphoric, pleasantly itchy, and relaxing effects within the drinker. A popular term “lean” describes putting a jolly rancher in your bottle for flavor. Although codeine and hydrocodone are very rarely abused to the point of overdose, it should be noted that the syrups are often combined with drugs like acetaminophen and guaifenesin, which will cause bodily harm much more rapidly. Codeine and hydrocodone are also available in pill form, under brand names Tylenol 1-4 and Vicodin, respectively.

If you have a substance abuse problem, it’s never too late to get help. Buy The Mindfulness Workbook for Addiction: A Guide to Coping with the Grief, Stress and Anger that Trigger Addictive Behaviors at Amazon.com! 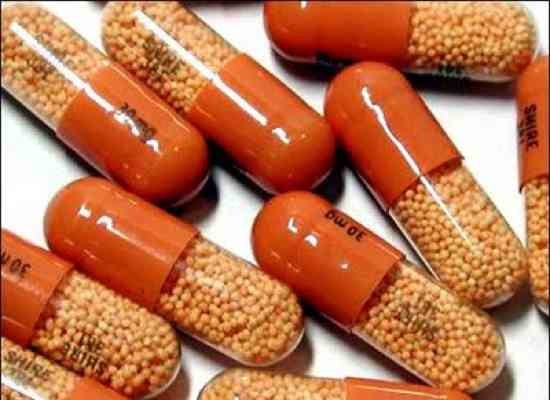 The all-too-famous “speed in a pill”, Adderall is provided to adolescents like candy it seems. By combining l-amp and d-amp in a 25% to 75% ratio, it can provide people with trouble concentrating miraculous relief. But attention disorders are exceptionally easy to fake, and, therefore, many high school entrepreneurs acquire it just to make extra cash from their friends at school. Amphetamines, ranging from Adderall to meth to Ecstasy (methylenedioxymethamphetamine), are valued for their energetic, stimulating, and oftentimes euphoric effects. Adderall, along with Ritalin, abuse is rampant among high school and college students during exams, due to their ability to exponentially increase focus and motivation. 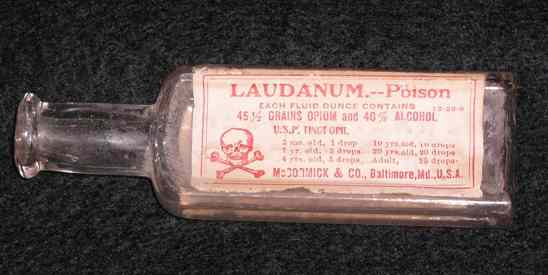 Adding a little history to our list, Laudanum was coined in early 17th century London, although preparations of opium extractions date back quite a bit further. It is an alcoholic mixture of powdered opium, varying in potency. The active ingredients, therefore, include codeine, morphine, and ethanol. This potent mixture was treated as an alternative poison to English users, viewed as more socially acceptable than smoking opium, which a good fraction of the Chinese were addicted to at the time. Long before our modern Rx system, this medicine was readily available to anyone, and was soon found to be no less harmful than nature’s own narcotic preparation. The tincture continued to be used pharmaceutically in the States by many, until the early 20th century when it was deemed unfit to consume without a doctor’s overseeing. Its history in Europe and America is well known, but what is not is that it is actually still available today. Laudanum remains available by prescription, and is most commonly used for newborns that were born to opiate addicted mothers. 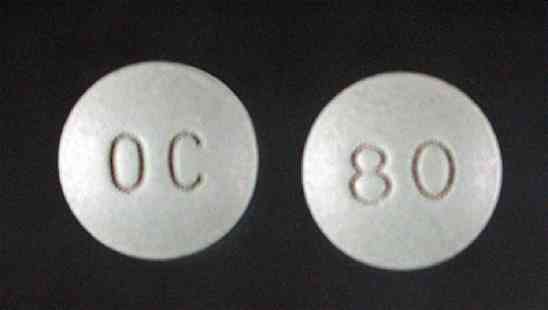 Also branded as Percocet with acetaminophen, as well as several others, oxycodone has probably been responsible for more harm, in the past twenty years, than any other pill on this list. It was synthesized by German scientists in the early 1900s, but not used widely in medicine until much later. The drug gives users a blissful, heavenly euphoria that is almost unmatched in the narcotic world. In the mid-90s Purdue manufactured OxyContin; a time released tablet containing enough oxycodone to get a user high many times over, in the higher milligram doses. When taken orally this provided chronic pain patients, with cancer and disabilities, a new outlook on life. They could live pain free without taking pills consistently throughout the day. When abused by chewing, insufflation, or injection this pill was the ultimate score until quite recently. OxyContin is now manufactured via a formula that is much harder to abuse; however, other preparations of oxycodone (e.g. Roxicodone) are still very popular in the opiate community. 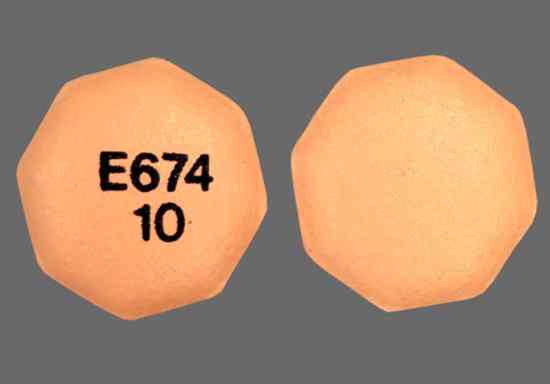 The common Joe may have never heard of Opana before, but it is number one on this list because it is becoming significantly more popular with abusers, now that OxyContin is nearly useless to them. In the near future oxymorphone will likely be one of the most misused painkillers on the market. It is similar to other narcotics, providing pain relief for those in need, but its euphoria not only exceeds that of oxycodone, but some will argue heroin as well. A person with a low tolerance will get an indescribably rich high off about one-eighth of a high dose (40mg ER) Opana through insufflation. As more thrill seekers spread the word of Opana’s potential, we will see oxymorphone become the new pharmaceutical dope; the drug of choice for anyone with access to an unlocked medicine cabinet.

10 Weirdly Disgusting And Creepy Facts About You