I, personally, found medical school to be a grueling and tedious regimen of rote memorization and sleep deprivation – the experience of which can be more or less distilled down to a masochistic exercise in self denial and deprivation for the sake of human well being (and Porsches and golf club memberships). One bright spot in my training was the quirky trivia and neat historical anecdotes that would pop up once in a while. Doctors throughout history have proven to be a very creative and resourceful bunch, and their naming conventions can often be downright tongue in cheek. Among my favorites are disease findings and symptoms that are named after food. I am morbidly fascinated about how gross and unpalatable these naming conventions can be, but I smile when I realize that such “culinary” descriptors may partially arise out of the dark humor that is a natural outcome of such rigorous training and prolonged exposure to human suffering. Without further delay, here is a list of ten disease findings from the emerging medical specialty of “culinary pathology and pathophysiology.” Where appropriate, a photograph of the disease is linked – be warned – they are not pretty. 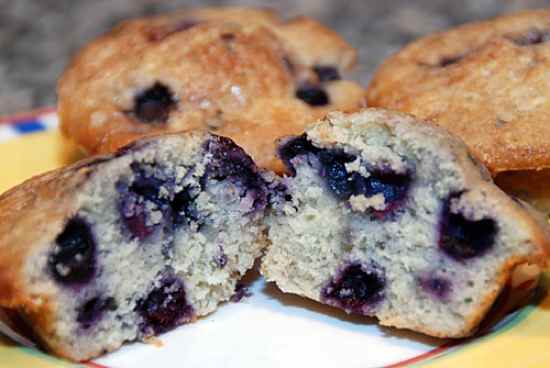 Not to be mistaken with our favorite high calorie breakfast pastry, blueberry muffin rash is a cutaneous (skin) finding in infants who were exposed in the womb to the rubella virus. This rash is a form of purpura (red or purple skin discoloration that does not blanch with fingertip pressure due to bleeding under the skin). Although no longer solely associated with congenital rubella syndrome (CRS), it is best remembered as such. The classic triad (no, I am not referring to Asian organized crime here) of CRS is deafness, eye abnormalities and congenital heart disease. [Disease Photo] 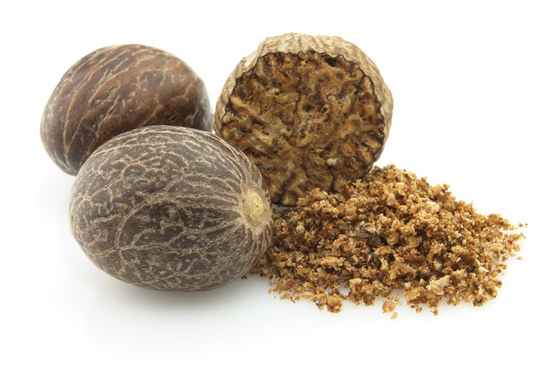 No, congestion is not just reserved for your sinuses in the medical field. Nutmeg liver is another name for chronic passive congestion of the liver. It’s also known as congestive heapatopathy. This is a result of congestive heart failure, which in laypersons’ terms is a sick heart that cannot pump blood as well as it used to. With a poorly functioning heart, blood essentially “backs up” in the venous system (the half of your circulatory system that is responsible for bringing deoxygenated blood back to the heart). The intricate network of veins found in the liver becomes engorged with blood, giving the liver the microscopic appearance of a grated nutmeg. Unfortunately you can’t grate a nutmeg liver into your favorite apple pie or nip of eggnog; if heart function is not restored, the liver can become permanently damaged, resulting in fibrosis, which is scarring of diseased tissue. [Disease Photo] 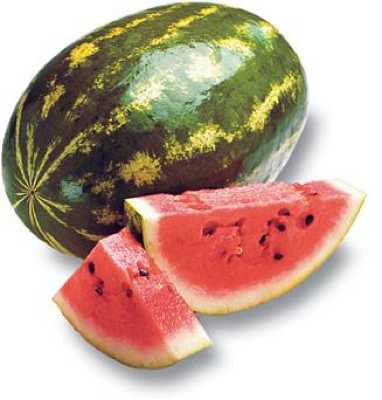 Watermelon stomach is also known as gastric antral vascular ectasia (GAVE). Try saying that three times fast. It’s no wonder physicians would rather name it after one of our favorite summer fruits, instead. This is a very rare finding that involves dilated blood vessels in the last part of the stomach (antrum). GAVE is of unknown etiology (cause) and is a rare cause of gastrointestinal bleeding and iron deficiency anemia. Doctors call it watermelon stomach because of the characteristic red streaks of stomach lining that look like markings of a watermelon. Ok, well last time I checked watermelons don’t have red streaks, but what did rapper Dr. Dre say…”trust me, I’m a doctor.” [Disease Photo] 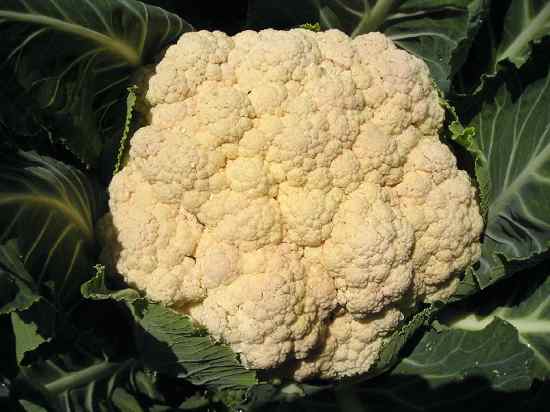 Mixed martial arts enthusiasts and angry drunks beware—cauliflower ear can be one’s worst enemy. This is a deformity that occurs after repeated trauma to the ear. With enough blows to the ears, the blood supply and underlying cartilage scaffolding gets damaged, to the point where the healing process runs amok, creating a cosmetically unappealing growth that looks a lot like albino broccoli, I mean cauliflower. This condition is not reversible, other than with an expensive visit to your plastic surgeon. Too bad medical ethics do not allow kickbacks for patient referrals. [Disease Photo] 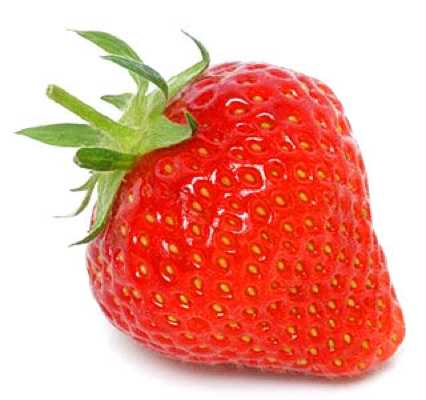 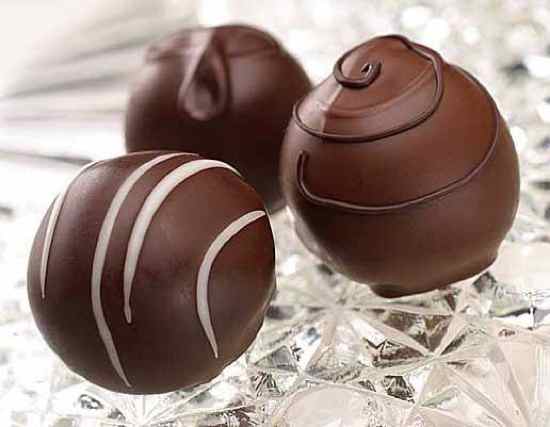 This is one of the few cases where chocolate is not better than sex for the majority of women out there (well at least 52% of British women according to a 2007 survey by Cadbury, who makes chocolate, incidentally). Also known as endometriosis of the ovary, a chocolate cyst occurs when endometrial tissue (blood vessel laden tissue that lines the uterus and is shed monthly in the absence of an implanted fertilized egg) finds its way into the pelvic cavity and begins to grow on one or both ovaries. This tissue continues to proliferate, slough off, and proliferate again much like a regular menstrual cycle. The problem is this is now occurring within the ovary instead of the uterus. Blood accumulates over time and turns a brown chocolate color. Unfortunately, chocolate cysts often rupture, but not before causing a lot of pain and discomfort. Surgical removal of the ovary is definitive treatment, but hormonal treatments are available as well. [Disease Photo] 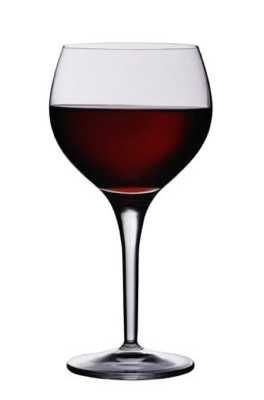 A port wine stain is a relatively common birth mark caused by a collection of swollen blood vessels near the skin surface. It is usually innocuous, but may cause emotional distress in patients where the birthmark is especially prominent (hey, it didn’t stop Gorbachev from espousing Perestroika and Glasnost). The color is reddish-purple like the color of Port wine (sorry Sherry, there is no birthmark named after you) and can darken with age. Occasionally, a port wine stain may be an indication of a more serious disease such as Sturge-Weber syndrome, or Klippel-Trenaunay-Weber syndrome (I always wondered if doctors resented having to share a disease discovery with so many other doctors). If bothersome, port wine stains can be removed just like unwanted tattoos. Laser treatments are effective because it kills the offending blood vessels without damaging the skin. Repeated treatments are required and this can be an expensive and time consuming proposition. [Disease Photo] 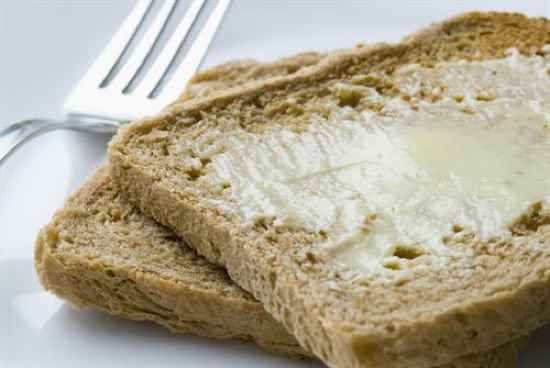 Also known as fibrinous pericarditis, this is the result of inflammation of the pericardium, or sac that encloses the heart. It is often caused by bacterial or viral infections, or after a heart attack. The pericardium takes on the appearance of butter on bread after it has been dropped (butter side down, of course) on the carpet. No, there are not stray hairs or dust bunnies found imbedded in the lining of the heart but there might as well be. The appearance is caused by fibrin (a type of protein) that is deposited as a result of injury. This causes a characteristic “friction rub” that is audible with a stethoscope. Another key finding is chest pain similar to a heart attack, that gets better when you lean forward. Treatment is usually with aspirin or anti inflammatory medication, with surgery rarely required. Of note, this is another one of those factlets that are pounded into your head in medical school, but never tested on because that would make things too easy. [Disease Photo] 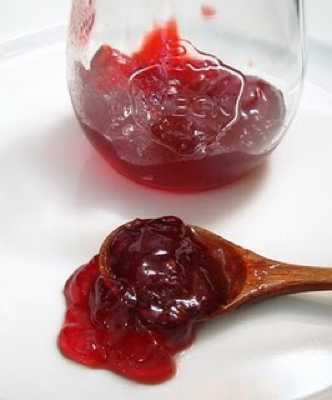 This is not something you want to spread on your scones along with some clotted cream. Currant jelly sputum is a mass of blood, sputum, mucous and cellular debris that collects in lung passages as a result of untreated Klebsiella pneumoniae pneumonia. The incidence of Klebsiella infection is increasing, likely due to new strains with antibiotic resistance. This bacterium is the second most common cause of urinary tract infections, second to E. coli. However, before you start worrying that you are going to cough up something that looks like the blue ribbon prize at the 4-H meet, pneumonia due to Klebsiella usually occurs in people who already have other medical conditions such as diabetes, other chronic lung diseases and alcoholism. Other symptoms include high fever, chills and flu-like symptoms. 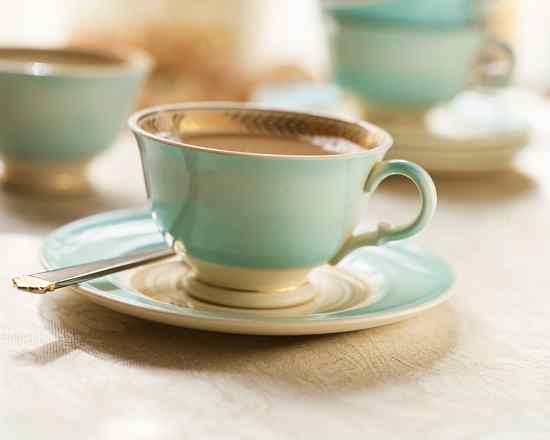 French for ‘my coffee is more sophisticated than your coffee’, café au lait spots are birthmarks. Like the port wine stain, they, in and of themselves, are not harmful and are called such due to their light brown color. However, café au lait spots can be an indication of the presence of many diseases, such as tuberous sclerosis, Wiskott-Aldrich syndrome and Hunter syndrome. The presence of at least six café au lait spots, at least 5 millimeters in diameter (before puberty) or 15 mm (after puberty) aid in the diagnosis of Neurofibramatosis I (NF-1). NF-1 is a human genetic disorder that was once thought to be the Elephant Man’s diagnosis du jour, but has since fallen out of favor with medical historians. [Disease Photo]