We often expect a drug prescription when we visit a doctor. However, physicians seem to be gradually shifting from solely recommending the use of medications to prescribing other unconventional things. These bizarre prescriptions could be issued alone or to supplement a medication or some other treatment.

These newer treatments include playing, cycling, singing, visiting museums, bird-watching, and even consuming alcohol. Cool! At least we may get a perfect excuse to miss work and do what we love at the same time. These prescriptions were all issued by real doctors and backed by state and even federal health departments, so they are not some fraudulent moneymaking scheme. 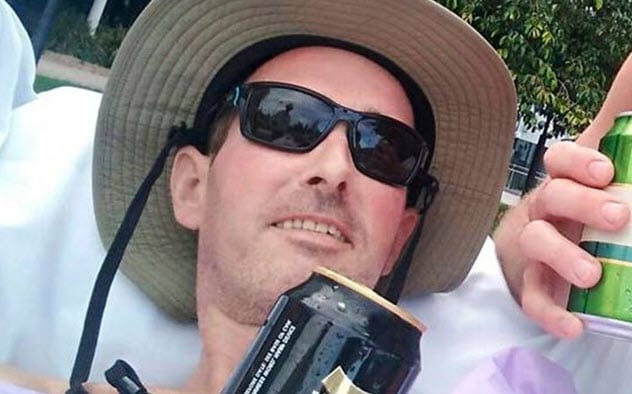 Guinness has always been promoted for its health benefits because it contains several medicinal properties including antioxidant compounds that may prevent heart attacks. It also contains iron. A pint of Guinness contains 3 percent of the 19 mg per day iron requirement for an adult.

This is why Guinness used to be prescribed to pregnant women and patients recovering from surgery. Due to the beer’s iron content, free cans of Guinness are also given to Irish blood donors right after they donate blood. As if that’s not enough, Guinness also contains phytoestrogen, which improves mental abilities, prevents obesity, and makes bones denser.

Little wonder that Australian doctors prescribed Guinness for a patient in 2017. The patient was Dave Conway, an Irishman from Dublin—the home of Guinness. And what could be more Irish than a bottle of chilled Guinness Extra Stout?

Conway had ended up in the hospital after falling from a seven-story construction site in Brisbane, Australia. He landed on his feet, causing horrific injuries to his feet and body. He underwent 26 surgeries, which included amputations of both legs below the knee. Conway was learning to use a wheelchair when his doctors issued him a prescription for a pint of Guinness a day.[1] 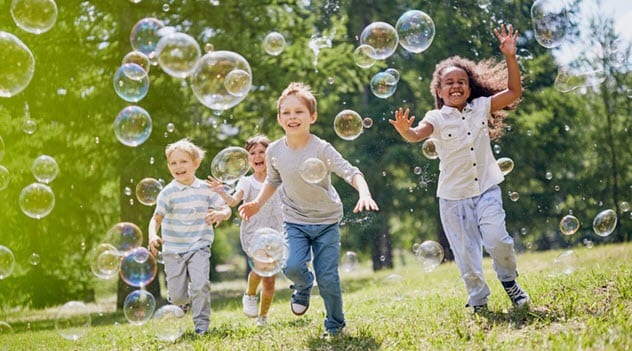 We would all agree that children nowadays don’t play as much as they did a few decades ago. This is probably because many parents erroneously believe that play is just another avenue for children to run around and get dirty. Besides, many children also prefer watching television these days instead of playing.

Physicians say that a lack of play is damaging to a child’s health because play is important for learning, creativity, reducing stress, and ensuring mental and all-around development. This is why the American Academy of Pediatrics (AAP) and the Centers for Disease Control and Prevention (CDC) advised physicians to regularly issue prescriptions for play for children.

AAP and the CDC advise a minimum of one hour of play per day and another hour of some other physical activity. However, doctors often write the prescriptions as “Play Every Day.”[2] At least, children now have one more excuse to get dirty. 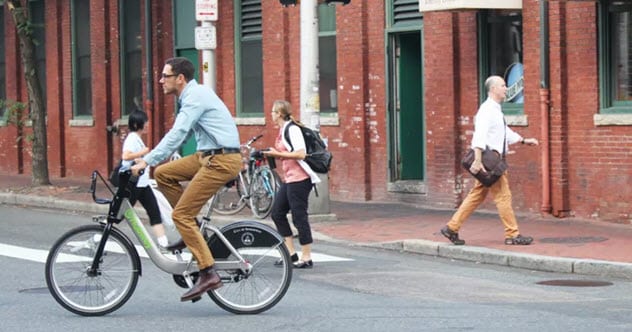 You are not motivated to cycle often? Your doctor has got you covered. For example, doctors in Cardiff (UK) and Boston (US) are allowed to prescribe cycling to patients who are not getting enough exercise or need to lose weight.

Physicians will issue the prescription along with a membership card of the partner bike-sharing business where it will be redeemed. In Cardiff, the prescription is redeemed at nextbike free of charge. Physicians in either city are allowed to write six-months-long, 30-minutes-a-day cycling prescriptions for their patients.

In Boston, the prescription is redeemed at Blue Bikes (originally Hubway). Initially, Hubway charged $85 a year for its bike-sharing services. However, the prescription was worth $80 for low-income patients, who were responsible for paying the remaining $5.[3]

7 Bird-Watching And Strolling By The Beach 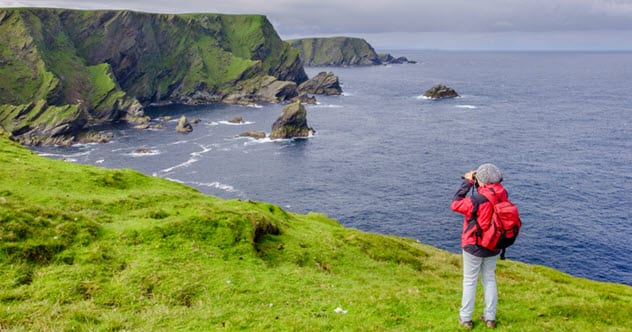 In 2018, the National Health Service of Shetland, Scotland, revealed its plans to allow doctors to prescribe bird-watching to patients with chronic and debilitating diseases like diabetes, mental illness, and heart disease. Doctors can also write prescriptions for the patient to stroll by the beach or just wander around.

Patients issued a bird-watching prescription will receive a tour organized by the Royal Society for the Protection of Birds. They will also receive calendars and lists of walking routes complete with the birds and plants they could find on the way.

Patients who receive prescriptions to visit the beach will spend their time watching the seabirds or finding oyster shells in the sand. Alternatively, they could walk up the hills to watch the birds. During the winter, patients would be allowed to visit select locations where they could enjoy the strong ocean winds.[4] 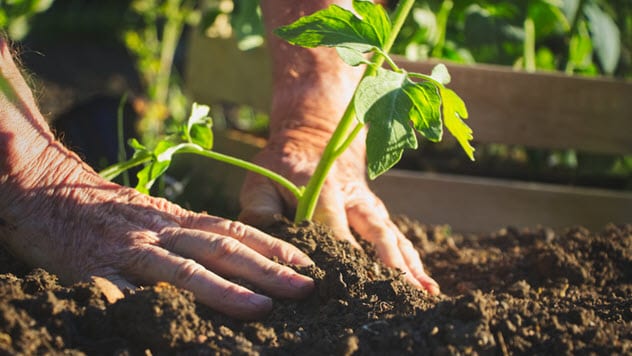 In 2016, it was reported that the UK National Health Service (NHS) was considering offering gardening prescriptions to patients suffering from cancer, obesity, and a range of heart and mental problems, including dementia. According to the NHS, gardening and several other outdoor activities improve sleep and reduce loneliness, anxiety, stress, and depression.

Interestingly, the program was already in existence in areas like Bromley and Lambeth (both in London) at the time that the NHS was planning to make it nationwide. In Lambeth, the gardens were established on hospital grounds where patients spent their time growing food. They sold their harvests to the hospital, which used them to make meals for other patients.[5] 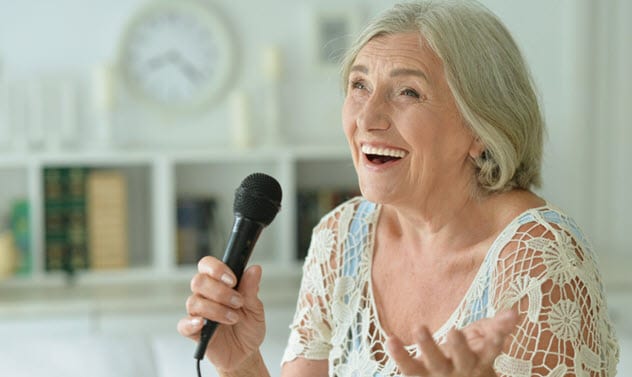 The UK National Health Service is also contemplating allowing doctors to write music prescriptions for dementia patients. According to Matt Hancock, UK Secretary of State for Health and Social Care, the plan was part of the government’s attempt to reduce the persistent problem of “over-medicalizing the population.”

The government reached the decision after observing that dementia patients who sang and listened to music appeared less distressed and took less medication. In another study organized by Hull’s stroke recovery service and the Royal Philharmonic Orchestra, almost 90 percent of stroke sufferers experienced improved health after they were treated to music therapy.

The stroke patients also suffered less dizziness and anxiety and fewer seizures. They slept and concentrated better than they used to and showed improved cognitive abilities. Physicians in Gloucestershire also prescribed singing to patients with lung problems.

Besides singing and music, UK doctors may prescribe sports, arts, and other hobbies of a patient as part of their treatment. Hancock mentioned that, by 2023, the NHS would allow doctors to prescribe “community activities” and related pastimes for patients suffering from loneliness.[6] 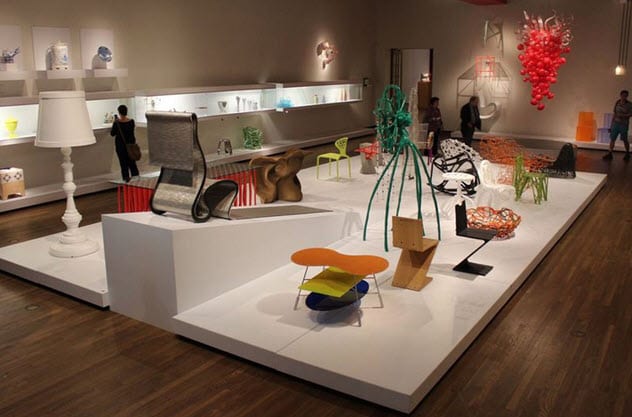 In 2018, new legislation allowed doctors in Montreal to prescribe museum visits for their patients. To make the experience sweeter, patients were issued free tickets and allowed to visit along with their friends, relatives, or caregivers. The program was launched in partnership with the Montreal Museum of Fine Arts (MMFA).

According to Nathalie Bondil, the director of MMFA, the program will work because museum visits have a positive effect on the nervous system. Helene Boyer, the vice president of Medecins francophones du Canada (MdFC), added that a visit to the museum increased the secretion of the neurotransmitter serotonin, which boosts mood.

Boyer said that walking around the museum was equivalent to exercising for elderly people and for those suffering from chronic pain. She added that viewing art also had a positive effect on people suffering from potentially deadly conditions like cancer.[7] 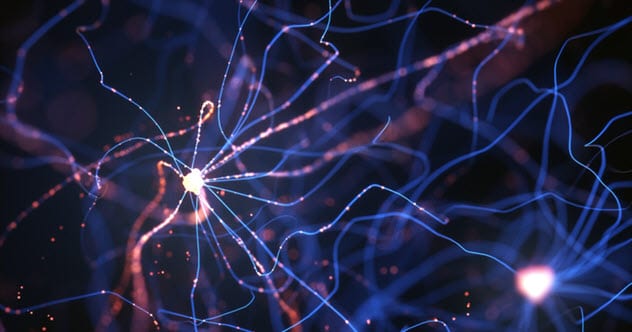 Even in medical circles, doctors are often criticized for writing drug prescriptions for almost every medical condition under the Sun. This has become so normal that patients expect to receive medication prescriptions when they visit a doctor. Some patients even start to doubt a doctor’s credibility if this doesn’t happen.

Well! Doctors are slowly becoming aware that not all medical conditions require a drug prescription. Instead, patients could receive something as mundane as an electricity prescription for their health problems. This does not mean that doctors will have their staff administer huge jolts of electricity to their patients. Nope! The shocks are so weak that the patient will not feel them.

To be clear, the procedure is not available yet. However, scientists believe that it will work because the human body works on electricity. Our brains often send weak electrical signals to our nerves to order parts of our bodies to perform certain functions. This is the reason why nerve injuries often lead to paralysis—the paralyzed body part is unable to receive signals.

Scientists plan to send the signals from an electrical device implanted in the body. Besides managing nerve damage, scientists also intend to use it to treat other health conditions like diabetes and heart problems. This is achieved by using electrical signals to make the pancreas produce insulin or to increase or decrease the rate at which the heart beats.[8] 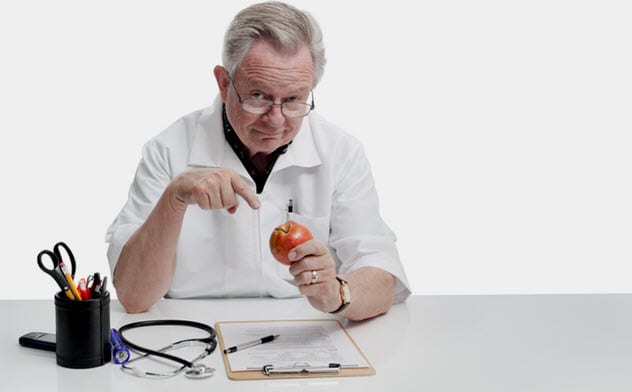 The program is based on a 2013 study by Philadelphia nonprofit Metropolitan Area Neighborhood Nutrition Alliance (MANNA). That year, the nonprofit gave three square meals and a snack to each of 65 patients suffering from congestive heart failure.

Twelve months later, the nonprofit discovered that the study group had spent less on health care than they used to do. Their average monthly medical costs also declined to $28,183 from $38,937 before the program.

Patients involved in the study also visited hospitals only half as much as the control group and had shorter stays at the hospital whenever they were admitted. They were also likelier than other patients to be sent home after receiving treatment rather than going to rehab or some other specialized treatment center.

The program probably worked because congestive heart disease patients often require specialized meals with low salt content to manage their conditions. However, they often find it difficult to get these meals because we have lots of high-salt meals like chips out there.[9] 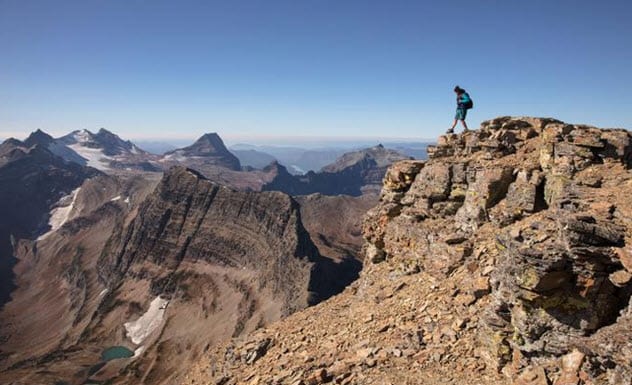 In 2015, the South Dakota Department of Health and the state’s Game, Fish and Parks Department launched a limited pilot program that allowed doctors to write prescriptions for park visits for their patients.

Read more unbelievable things that doctors have prescribed on 10 Medical Treatments You Won’t Believe are Still Used and 10 Unbelievable Things That Have Required A Doctor’s Prescription.