Every drug can have side effects, but we don’t usually pay attention to the labels on the bottles, probably because generally, only a minority will experience the side effects. And they’re not usually that terrible—maybe a rash or a bad bout of diarrhea.

However, some drugs have some weird and often nasty side effects, like those that can make people violent and suicidal. Sometimes, the unintended consequences are good, such as making people less racist. Here we go. 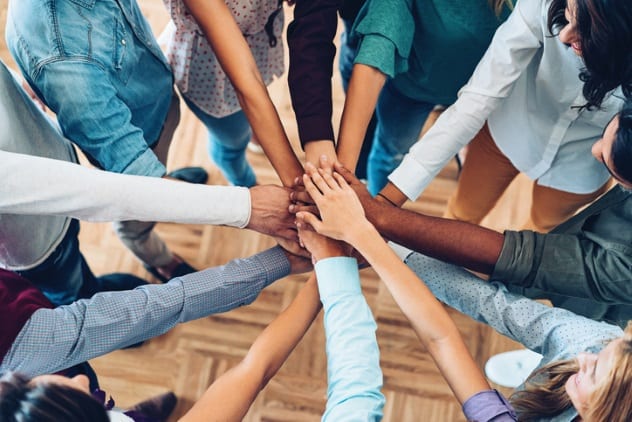 Propanolol is used to treat heart disease, high blood pressure, the physical effects of anxiety, and migraines. But in 2012, researchers at Oxford University found that it can also reduce racism.

Researchers made this discovery after a study revealed that the drug made users less racist. The experiment involved 36 white people who were divided into two equal groups. One group received doses of propanolol, while the others received a placebo. Then both groups were given a test used to detect subconscious racism.[1] 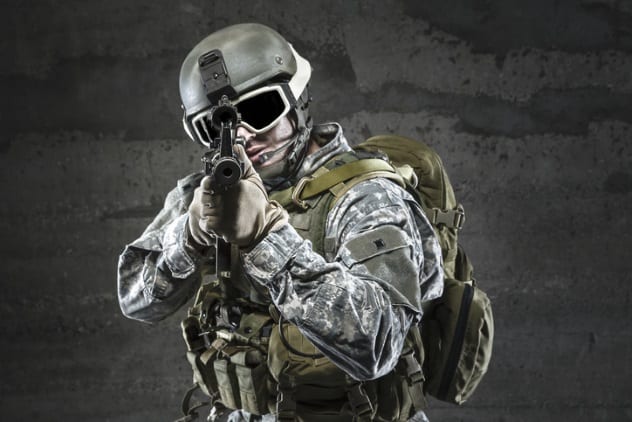 Lariam is used to treat malaria, but it has the terrible side effect of making users murderous and suicidal. The severity of this is worsened when we realize that the drug used to be the top choice of several militaries deploying soldiers overseas.

In 2009, the US military stopped giving the drug to its special forces after it was linked to several killings and suicides. In one incident, a US soldier killed 16 people in Afghanistan after taking the drug. Today, it is considered a severe offense to administer Lariam to serving US military officers.

Several Irish soldiers have also fingered Lariam for causing a range of symptoms, including memory loss, anxiety, depression, sleeplessness, restlessness, and permanent brain injury. The terrible side effects have caused several militaries to ban Lariam. Others, like the German military, only administer it if other drugs do not work.

In 2013, the FDA had Roche add a black box warning to the drug. A black box is the most severe warning the FDA can have a manufacturer add to their product. The warning states, “Neurologic side effects can occur at any time during drug use, and can last for months to years after the drug is stopped or can be permanent.”[2] 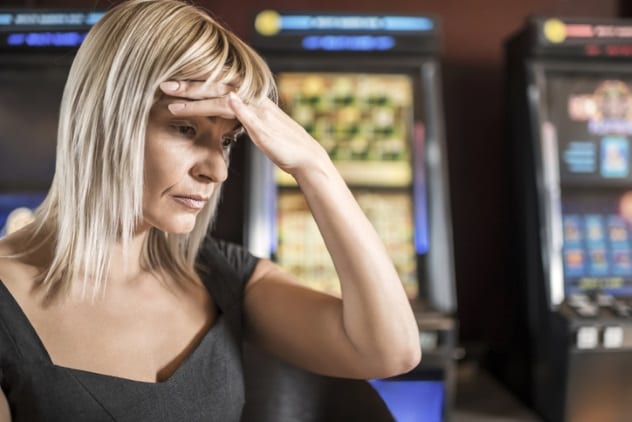 Aripiprazole, (aka Abilify, Aristada, etc.) has been blamed for causing weird side effects like excessive shopping, gambling, sex, and eating in users. Aripiprazole is used to treat autism symptoms, schizophrenia, bipolar disorder, and Tourrette’s syndrome.

Most users complain of the excessive urge to gamble. Strangely, even non-gamblers started gambling after taking the drug. One former user said he gambled so hard that his parents kicked him out of their home.

A Las Vegas woman who was prescribed Abilify to treat her depression said she gambled so much that she lost her home and kids. She’d never had a gambling problem before. The woman claimed she spent between $1 and $2 million on gambling in five years. Once, she was so engrossed in gambling that she missed her flight. She rescheduled the flight and continued gambling but also missed the rescheduled flight.

Researchers believe this happens because aripiprazole affects the dopamine receptors of the brain. Dopamine is released from the brain during pleasure.[3] The weird side effects stopped when users were taken off the drug. 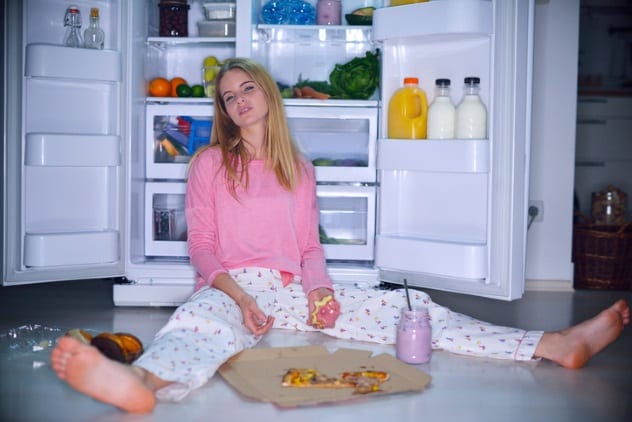 Ambien is used to treat insomnia. While the drug works at getting people to sleep, its side effects can see users getting up from their bed, cooking, and eating—all while sleeping. They remain in the kitchen or return to their bed, where they eat and doze off again.

Users have no memory of cooking or eating and will usually be surprised when they find messes in their kitchens and beds the next morning. The weird cooking habit often leads to obesity because for some unknown reasons, users tend to choose high-calorie foods.[4]

If the sleep-cooking side effect isn’t scary enough, Ambien has also been linked to sleep-driving. However, those arrested for sleeping while driving under the influence of Ambien had taken the drug just before driving, a gross misuse of the medication. There is no recorded instance of a driver waking up from sleep to drive after taking the drug. 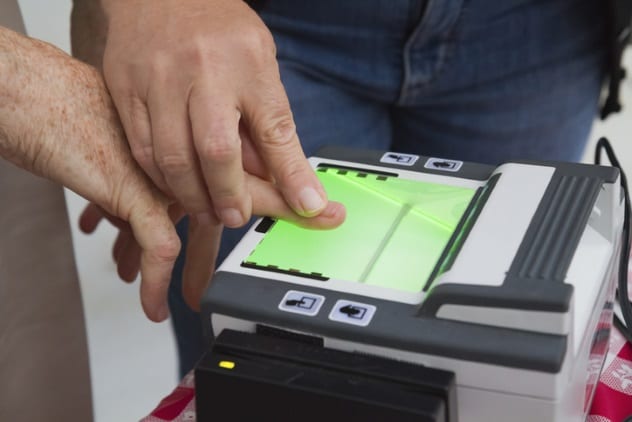 In 2009, a 62-year-old man was denied entry into the US because he was suspected of being a threat. The reason? He did not have fingerprints. As it turned out, the man lost his fingerprints because he was on capecitabine, which he took as part of his cancer treatment.

Some researchers think the loss of fingerprints could be linked to hand-foot syndrome and hand-foot skin reaction, two other side effects of the drug. Both side effects cause the fingers to swell and peel. However, this is inconclusive.

5 Mirapex And ReQuip Cause Sudden Sleep 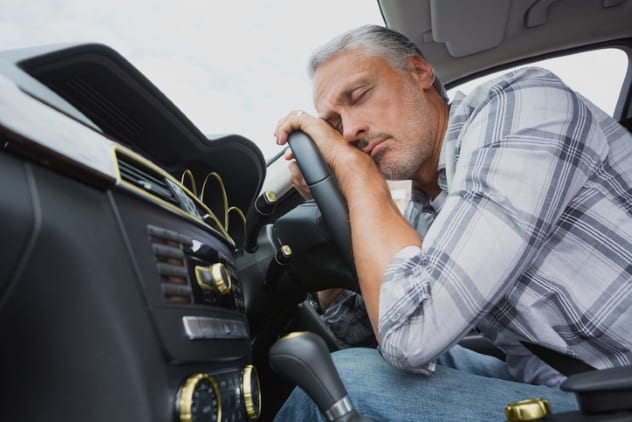 Mirapex and ReQuip are used to treat Parkinson’s disease. Their major side effect is sudden sleep, as in the user just dozes off without warning. Patients have reported falling asleep while driving, sometimes leading to disastrous consequences.

In one incident, a 72-year-old woman crashed her vehicle and killed a pedestrian after falling asleep at the wheel. Beforehand, her physician had prescribed some drugs, including Mirapex and Ultram, a pain reliever she took for her back pain. She noticed she often fell asleep without warning, prompting her to return to her physician.

The unnamed physician blamed her sudden sleep pattern on Ultram (instead of Mirapex) and replaced it with Vicodin. A week later, she was involved in the accident. She fell asleep at the wheel and ran over a pedestrian, causing serious brain injuries that led to death. She’d taken Mirapex, Ultram (despite the prescription change), and Sinemet with a bit of alcohol before the accident.

The sleep-related incidents linked to Mirapex and ReQuip were such that Health Canada asked the drugs’ makers, Boehringer and GlaxoSmithKline, respectively, to inform physicians to advise patients not to drive or engage in activities that require alertness because the drugs can cause sudden sleep.

Some physicians in some cities were also advised to inform local vehicle departments whenever they administered the drugs to a patient. Younger Parkinson’s patients who need to drive regularly often will not take the drugs.[6] 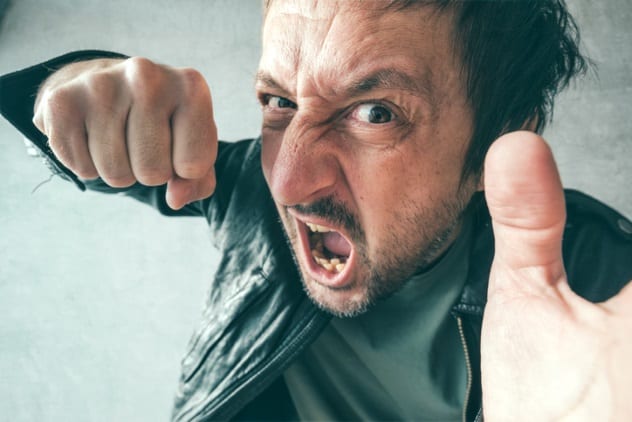 The incidents have sometimes turned deadly, like in 2007, when a musician turned aggressive after taking the drug. He was shot and killed while trying to break into the home of his girlfriend’s neighbor.

Today, the FDA requires Chantix’s manufacturer, Pfizer, to include a warning that the drug can cause violence and suicide. Pfizer disagrees. While the drug company probably agrees that Chantix could be dangerous, they say its benefits are more important than its side effects.[7] 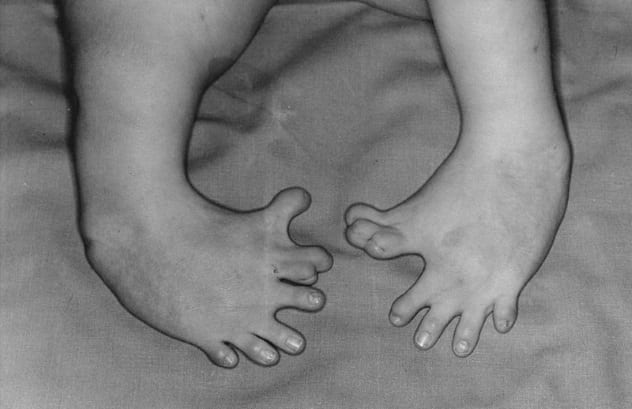 Thalidomide used to be the go-to drug for depression, insomnia, and morning sickness. It was approved in the UK in 1958 but was banned in 1961, after it was discovered to cause deformities in babies, especially in the limbs.

Within three years, thousands of women who took thalidomide during pregnancy birthed over 10,000 children with shortened or even absent limbs. Its manufacturer, Distillers, quickly found itself in trouble and was forced to pay millions of pounds in settlement. This includes the £200 million it is still paying to 455 limbless children affected by the drug. Payment will be completed in 2037.[8]

While children in Canada, Europe, and the Middle East suffered from the effects of the drug, American children were less affected because the drug was never approved for widespread use in the United States. This was because of Dr. Frances Oldham Kelsey of the FDA, who insisted that the William S. Merrell Company of Cincinnati (which was trying to get the drug approved in the US) provide more information about thalidomide.

The company could not provide more information and was so distraught with the refusal that they ringed Dr. Kelsey’s supervisors and told them she was a “petty bureaucrat.” By 1961, the effects of the drugs were already clear.

Dr. Kelsey received a medal for service to humanity from Congress and the highest federal civilian service award from President Kennedy. Decades later, she received the Order of Canada from the Canadian government. Congress also passed laws to ensure that drugs were safe before they could be approved for sale in the US.

2 Viagra Can Cause Prolonged Erection 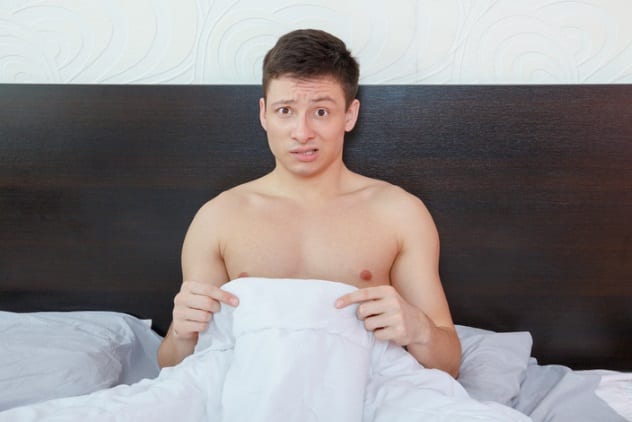 Viagra is used to treat erectile dysfunction. So it should be no surprise that its side effects include priapism: prolonged erection.

Normally, the penis becomes erect because of blood flowing into the spongy tissue inside. The blood leaves after ejaculation. However, in rare instances, something stops blood from leaving the penis, causing priapism.

Priapism affects one in every 1,000 Viagra users and is more common among leukemia and sickle cell anemia patients. It is also more likely in people who’ve been administered Caverject, an injection used to treat erectile dysfunction. Because users may find it difficult to differentiate between a regular erection and an adverse reaction to Vigara, doctors categorize any erection that lasts for over four hours after taking Viagra as reason to seek medical attention.[9]

1 A Number Of Drugs Can Make Users Blind 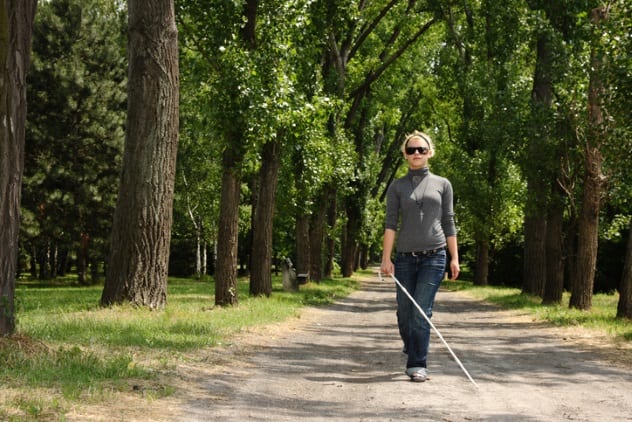 In one notable incident, 13-year-old Veronica Zenkner ended up with Stevens-Johnson syndrome after taking mere ibuprofen for a headache in 2004. It started with a fever and rash that spread from her neck and face to her back, arms, and throat within days. She ended up with toxic epidermal necrolysis, the worst form of SJS.

Zenkner had to be admitted to a burn facility and placed in a coma during treatment. She later went blind in her left eye, while the right eye remains red, itchy, and light-sensitive. She has to wear sunglasses all the time.

As terrible as this side effect sounds, it is not unique to ibuprofen. In fact, SJS can be caused by almost any drug. However, it is more common among users of drugs like penicillin, sulfonamides, naproxen, ibuprofen, and Lamictal (lamotrigine). In fact, the label on Lamictal warns that Stevens-Johnson syndrome is a possible side effect.[10]

Read about more weird drug side effects on 10 Bizarre Side Effects To Common Medicines and 10 Rare Old Medicines That Had Horrific Side Effects.