While a couple of the entries on this list have been featured on other lists in the past, most have not. This list looks at a variety of creatures (some well known, others not at all) that have very unusual facial features. Be sure to add your own favorites to the comments. 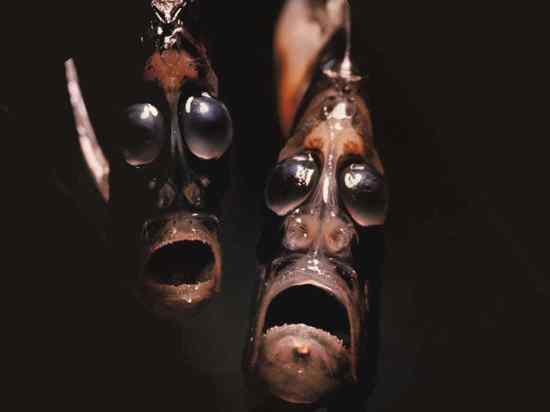 This denizen of the abyss is very small (the largest species known is only 12 cms), and completely harmless, but its face is the stuff of nightmares.
The hatchetfish is the living proof that you don’t need long sharp teeth or red glowing eyes to be creepy. These fish are found in tropical and subtropical waters around the world, and feed on smaller creatures of the abyss, such as copepods (a kind of crustacean). 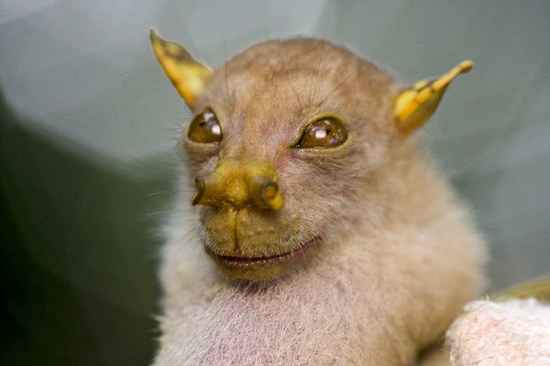 Found in the rain forests of the Philippines, this endangered bat has one of the strangest faces among mammals. Its dark ears covered in yellow spots, crazy orange eyes and, especially, it’s tubular nostrils, give it an almost cartoonish appearance. This bat feeds mostly on figs and other fruit, but has been known to eat insects on occasion. 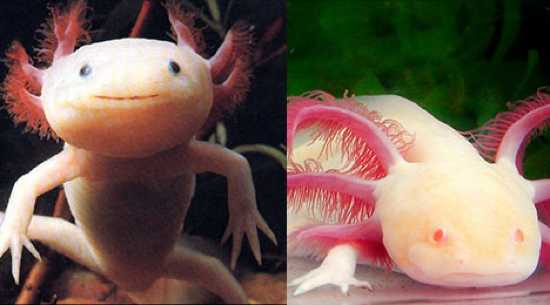 A species exclusive to lake Xochimilco, in Mexico, the axolotl (meaning “water monster” in nahuatl, the language of the Aztec) is actually a kind of salamander. Not only does it have a funny looking face but also a bizarre “hairdo” of red, feather-like gills. Indeed, this species of salamander usually retains its juvenile features its whole life (this is called neotheny). Unfortunately, this rare amphibian is endangered due to encroaching pollution of its habitat… and is also considered a delicacy in some parts of Mexico. 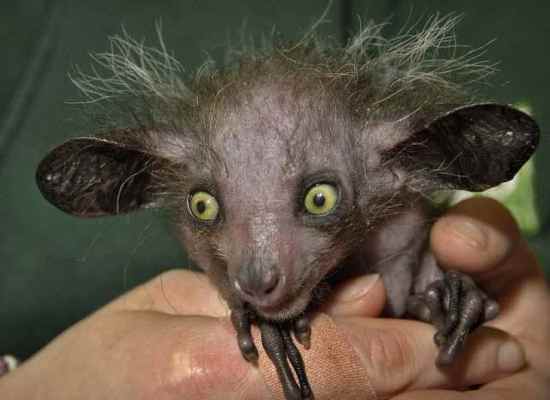 Arguably the weirdest primate around (not counting humans, of course), the aye-aye has huge bat-like ears, crazy yellow eyes and, generally speaking, would not look out of place in a Gremlins remake. It actually inspired a Gremlin-like monster in the sci-fi series Primeval, where its proposed evolutionary descendant haunts an abandoned house. The aye aye is found in Madagascar and is greatly endangered due to habitat destruction; and the fact that people in that country are not very fond of the creature, for they consider it to be a bringer of disgrace. 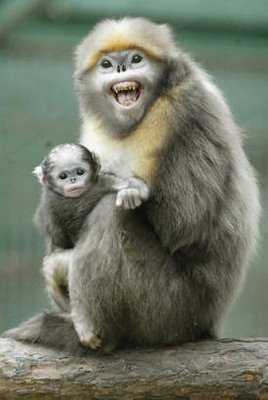 The snub nosed monkey looks like it had a nose job with the same surgeon who did Michael Jackson. Once again, this is an endangered species, found only in China (including Tibet) and Vietnam. They live in mountain forests up to 4000m, being among the few primates adapted to cold environments. They are threatened mainly by habitat loss. 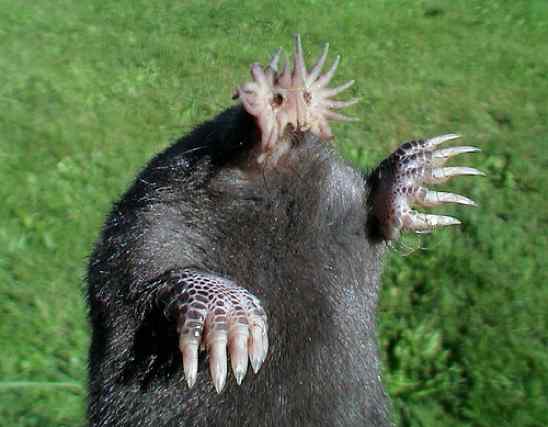 This mole gets its name for the fleshy appendages on its nose, which are covered in sensory receptors that increase its sense of touch, making up for the animal’s extremely poor eyesight. The star nosed mole is noted for being a skilled swimmer and diver, as well as a digger. Like other moles, it feeds on earthworms, grubs and whatever slimy creepy crawlies it finds on its way. It is found in Canada and the northern US. 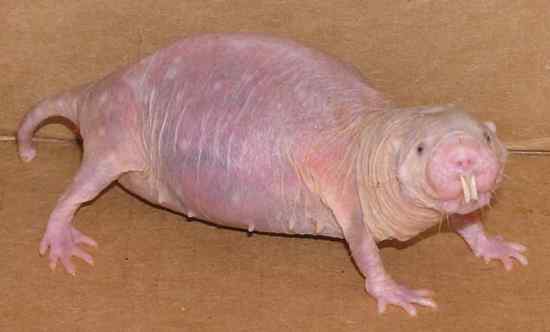 Even avid cartoon watchers may have trouble to recognize this as Rufus, Ron’s cute sidekick in Kim Possible. The real life naked mole rat (found in Africa) is among the least “cuddly” of mammals, being almost completely hairless and having very small eyes, almost like a mole. Its most unusual facial feature is, of course, those huge teeth which actually grow through the lips, so that the rodent doesn’t have to open its mouth when chewing its way underground. These teeth are so powerful that captive naked mole rats have been known to burrow through concrete! There’s much more to be said about this critter but we are only talking about faces here. 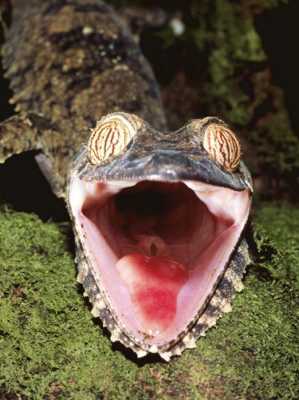 The leaf tailed gecko is one of those animals that seem to have been designed by a cartoon artist. It has perhaps the craziest eyes of any animal alive, and when it opens its mouth it always looks like an exaggerated smile. Possibly the happiest looking reptile around, even though its existence may be threatened by the loss of the Malagasy rain forests it calls home. Again, there are many interesting bits of info about this lizard that have nothing to do with its crazy face so we shall reserve them for a future list. 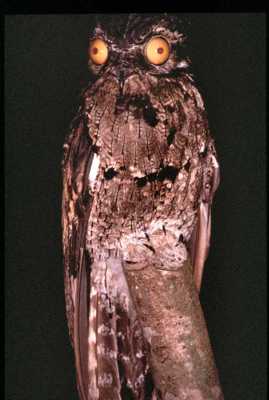 This amazing bird is found in Mexico, Central and South America, and is best known (relatively, anyway) for its incredible camouflage skills. However, it also has a crazy face, with a wide “smiling” mouth, very short beak and huge yellow eyes that look as if they belonged to an animated character. It is completely harmless to humans, but flying insects and even bats should fear this voracious nocturnal predator. 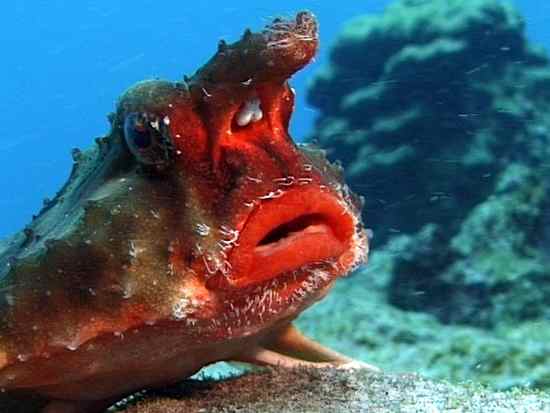 This fish has such a weird face that one can only wonder why it isn’t more famous. It is practically flat, has a long, pointy nose and looks like it has been using a lot of lipstick. This oddity of nature is found in the Galapagos and has a close relative in Central American waters. It is a slow swimmer and prefers to drag itself in the sea bottom using its fins as “hands”.