What could be better? The bizarre and history combined in one list! It is a well known fact that I love both subjects (and facts and factlets), so this list really has been a joy to put together. Once you are done reading be sure to mention any other oddities we may not know in the comments and perhaps they will appear on a forthcoming follow up list. 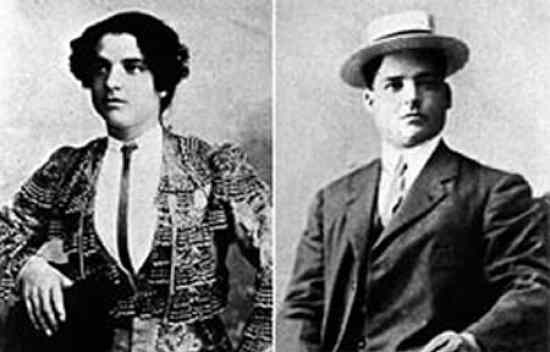 In 1900, Maria Salome (20 years old) made her grand debut as the first female bullfighter. Over the years she became incredibly popular and gained great acclaim for her achievements. Because of her popularity, the Spanish government deemed it immoral for a woman to be a bullfighter so they outlawed it. This did not concern Maria (also known as La Reverte) – in public she pulled off her wig and announced to the world that she was, in fact, a man. Agustin Rodigriquez’s (Maria’s real name) announcement backfired – instead of continuing on as a popular bullfighter, the Spanish people hated him for having tricked them. Needless to say this ended his career. 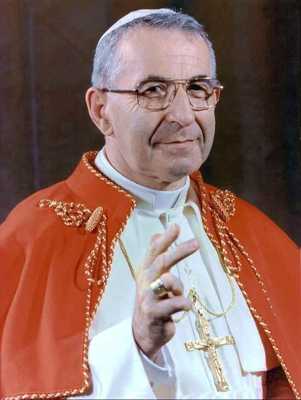 When Pope Paul VI died, in 1978, it was the mark of the beginning of the year of three Popes. Albino Luciani was elected to succeed him and he chose as his regnal name Pope John Paul I. Curiously, upon his election he told his housekeeper that he would not reign for long. Thirty-three days later he died. The Vatican reported that the near-66-year-old Pope most likely died the previous night of a heart attack. It has been claimed that the Vatican altered some of the details of the discovery of the death to avoid possible unseemliness in that he was discovered by Sister Vincenza, a nun. An autopsy was not performed which, along with inconsistent statements made following the Pope’s death, led to a number of conspiracy theories concerning it. These statements relate to who found the Pope’s body, the time when he was found, and what papers were in his hand. Many believe that John Paul I was murdered either by communists (for planning to resume the traditionally strong stand against it) or freemasons (believed to have infiltrated the Church to its highest echelons).

8
Too hot to Handle 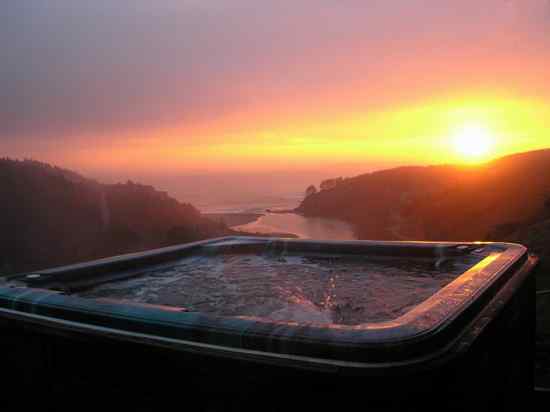 Speaking of strange deaths, in 1979, a 58 year old man and his 53 year old wife died from spending too much time in their hot tub in California. Both had high blood pressure and had the hot tub set to 110f (43c). They fell asleep after drinking heavily and never woke up. The autopsy officially said that they died of a combination of heart disease and alcohol poisoning. Having spent numerous hours drinking wine in a hot tub I can vouch for the fact that it is easy to forget how long you have been sitting there! 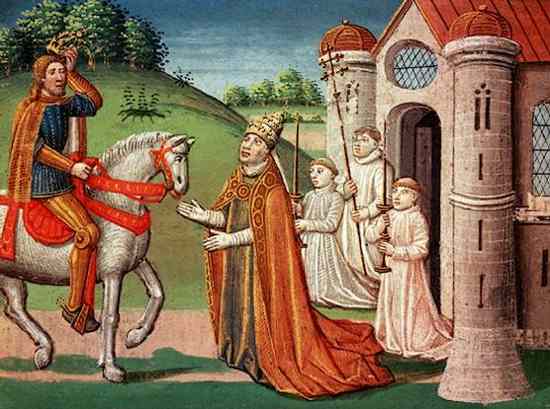 The Phantom time hypothesis is a theory developed by Heribert Illig (born 1947) in 1991, which proposes that there has been a systematic effort to make it appear that periods of history, specifically that of Europe during the Early Middle Ages (AD 614–911) exist, when they do not. Illig believed that this was achieved through the alteration, misrepresentation and forgery of documentary and physical evidence. He claims the presence of Romanesque architecture in the tenth century as evidence that less than half a millennium could have passed since the fall of the Roman Empire, and concludes that the entire Carolingian period, including the person of Charlemagne, is a forgery of medieval chroniclers, more precisely a conspiracy instigated by Otto III and Gerbert d’Aurillac. 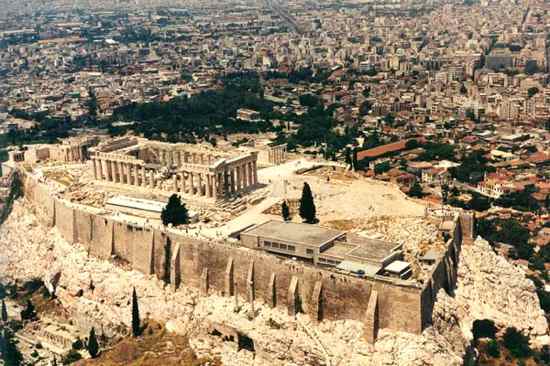 In 1821, the Ottoman empire occupied Greece. In the middle of one battle the Turks ran out of bullets and proposed to destroy the Acropolis to use the lead cores of its columns to make ammunition. When the Greeks got wind of this they gathered up their bullets and sent them to the Turks to use against themselves. This amazing (and as far as I can tell unverifiable) act was solely to protect the monument, which is of great importance to Greek culture. If it is true, thank God for those brave soldiers who helped make it possible for us to visit the Acropolis today. 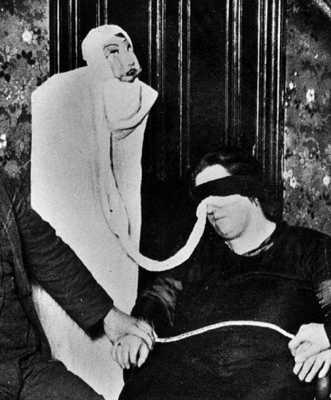 Jane Rebecca Yorke was an English medium who was the last person convicted under the Witchcraft Act of 1735. Believe it or not, in 1944, she was arrested and convicted of being a witch because of claims she was defrauding the public by exploiting wartime fears. During séances with Yorke, undercover police were told to ask about non-existent family members. Yorke provided elaborate details on them (which she claimed had been provided by her spirit guide) such as telling an officer that his non-existent brother had been burned alive on a bombing mission. Yorke’s alleged spirit guide was a Zulu and she also frequently claimed to summon Queen Victoria. She was arrested in July, 1944. At her trial in September at London’s Central Criminal Court she was found guilty on seven counts against the Witchcraft Act of 1735. Yorke was fined £5 and placed on good behavior for three years, promising she would hold no more séances. Another woman was also tried and convicted of witchcraft that year – Helen Duncan (pictured above) of Scotland – wrongly referred to as the last witch. The Witchcraft Act was repealed in the UK in 1951, but is still in force in Israel which retains much of its pre-independence law – the penalty in Israel is 2 years imprisonment. 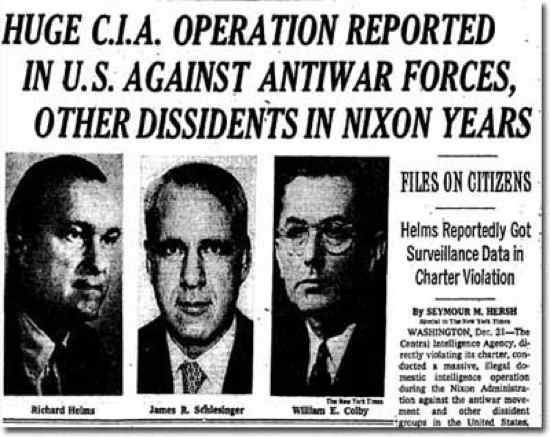 The Huston Plan was a 43 page report and outline of proposed security operations put together by White House aide Tom Charles Huston, in 1970. The impetus for this report stemmed from President Richard Nixon wanting more coordination of domestic intelligence in the area of gathering information about purported ‘left-wing radicals’ and the anti-war movement in general. Among other things the plan called for domestic burglary, illegal electronic surveillance and opening the mail of domestic “radicals”. At one time, it also called for the creation of camps in Western states where anti-war protesters would be detained. Shockingly several of the proposals were put into action. 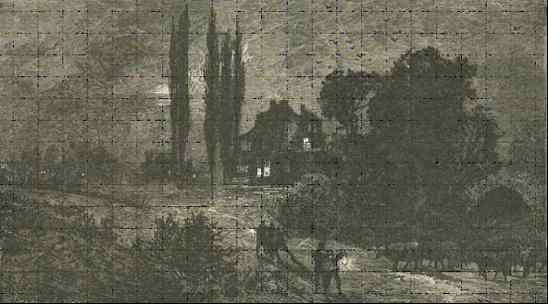 New England’s Dark Day refers to an event that occurred on May 19, 1780, when an unusual darkening of the day sky was observed over the New England states and parts of Canada. The primary cause of the event is believed to have been a combination of smoke from forest fires, a thick fog and cloud cover. The darkness was so complete that candles were required from noon on. It did not disperse until the middle of the next night. For several days before the Dark Day, the sun as viewed from New England appeared to be red, and the sky appeared yellow. While the darkness was present, soot was observed to be collected in rivers and in rain water, suggesting the presence of smoke. Also, when the night really came in, observers saw the moon colored red. Today, some people, especially those among Seventh-day Adventists citing extracts of Biblically sequential events, “[…] the sun shall be darkened and the moon shall not give her light […]” (Matthew 24:29) are signs preceding the return of Christ and interpretations of the event as cited by Ellen G. White, believe that the Dark Day was a fulfillment of Biblical and end-times prophecy. 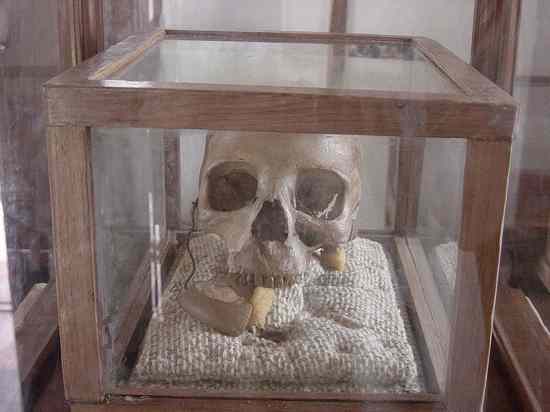 Paramount Chief Mkwavinyika Munyigumba Mwamuyinga (1855–19 July 1898), more commonly known as Chief Mkwawa, was a Hehe tribal leader in German East Africa (now mostly the mainland part of Tanzania) who opposed German colonization. On 28 October, 1894, the Germans, under the new commissioner Colonel Freiherr Friedrich von Schele, attacked Mkwawa’s fortress at Kalenga. Although they took the fort, Mkwawa managed to escape. Subsequently, Mkwawa conducted a campaign of guerrilla warfare, harassing the Germans until 1898, when, on 19 July, he was surrounded and shot himself rather than be captured. The Germans removed his head as a trophy and sent his skull to a museum. In a bizarre twist, years later the British wanted the skull so they could give it as a gift to Tanganyika to thank them for their support in the First World War. In order to achieve this they added the following clause to the very famous Treaty of Versailles: “ARTICLE 246. Within six months from the coming into force of the present Treaty, … Germany will hand over to His Britannic Majesty’s Government the skull of the Sultan Mkwawa which was removed from the Protectorate of German East Africa and taken to Germany.” The skull was finally returned in 1954, and can now be seen in the Mkwawa Memorial Museum in Kalenga. 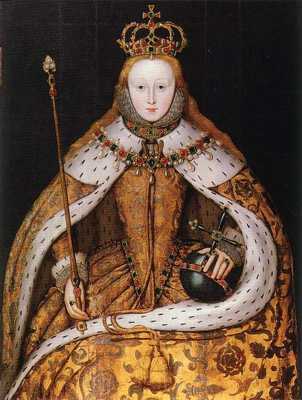 Cleopatra bathed in donkey’s milk, Mary Queen of Scots bathed in wine, George Sands bathed in cows milk with honey, and Isabeau of France (12th century) bathed in asses’ milk and followed it up by rubbing her skin with crocodile glands and the brains of boars. For thousands of years women slowly poisoned themselves by wearing face makeup called ceruse, which was a lead powder which was deadly. To top it off they used rouge which contained mercury, leading to birth defects and miscarriages. But, before we criticize, it should be remembered that millions of people every year have their faces injected with botulism toxin to remove wrinkles. History may be bizarre, but sometimes we are too! Pictured above is the Queen Elizabeth I of England with her face painted with ceruse – the product that most likely lead to her complete loss of hair.