[WARNING: Some images may disturb] Death, dying, burial, and exhumation: all subjects that fascinate and frighten. In this list, ten significant cases of exhumation (the act of digging up a corpse after burial) are discussed. Whether the subject of death interests you as much as us, you are going to love this quirky look into the bizarre practice of modern and usually-legal grave-robbing. 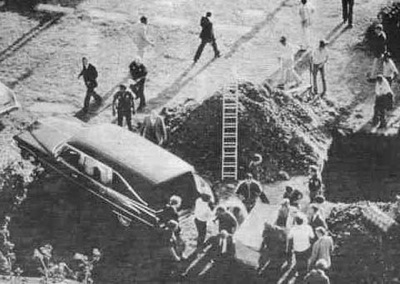 Quick Fact: Involved in the assassination of US President John F. Kennedy

Conspiracy theorists, like Michael Eddowes, believed that an elaborate plan had taken place prior to Oswald’s transfer to a different jail (Oswald was killed while en route to his new holdings). He believes that a Soviet spy had taken Oswald’s place and it was this spy who had been fatally shot and not the real Oswald. So, with the consent of Oswald’s widow, Eddowes was granted permission to exhume the body in 1981. Unfortunately, a leak in the casket had caused a lot of damage but investigators were able to positively match the body to Oswald through dental records. Eddowes believed that was not enough, given that there were a number of physical discrepancies between Oswald and the body they had exhumed. Eddowes continued to promote his Soviet Spy Theory despite the positive match. 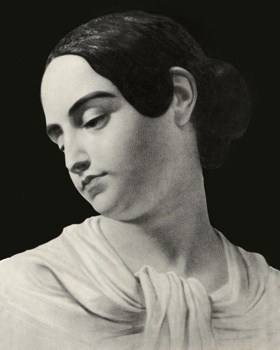 In 1847 and at the age of twenty-four, Virginia Poe died from tuberculosis. Two years later Edgar Allen Poe died and was buried in a small, unkempt family lot at the Westminster Cemetery in Maryland. Funds were raised to give E.A. Poe a grander monument and in 1875 he was reinterred in a more prominent section of the same cemetery but no one thought to move his wife who was buried in New York. During the same year as his reburial, the cemetery in which Virginia Poe was buried was destroyed and her gravesite disturbed. William Gill, a Poe enthusiast and biographer, claimed her bones and kept them in a box under his bed for the next ten years. She was later buried next to her husband. 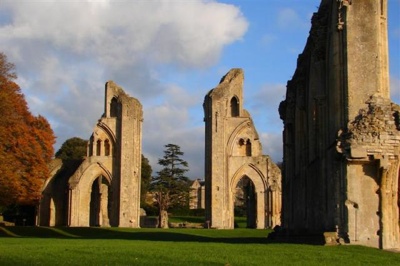 He may or may not be a historical figure, but his body (or possibly someone else’s with the thought that it is his) has been dug up a few times over the centuries. The story begins in 1191 when the monks of the Glastonbury Abbey claimed to have found Arthur’s remains in their burial grounds. The exhumation was recorded and published in 1193 by Arthurian biographer, Geoffrey of Monmouth. He described a hollowed out oak log containing the bones of two people – one being Guinevere (Arthur’s second wife) and the other being Arthur himself – and a lead cross with Arthur’s name on it. The bones were again disturbed in 1278 by order of Edward I to have a ceremonial transfer into a marble tomb. In 1539, the monastery was taken by King Henry VIII (along with the majority of Catholic Church property) and the tomb was destroyed – although the site is still marked today. 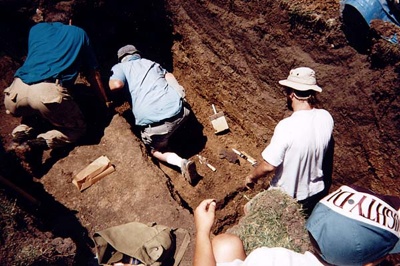 Near the end of James’ criminal career, the James-Younger Gang had diminished to a few players, including Robert Ford who killed Jesse James to claim the bounty on his head. Despite Ford’s very public declarations about killing him and despite the positive ID of the body made by physical anomalies matching that of James, rumors still persisted that he faked his own death. In the late 1940s, man who went by the name J. Frank Dalton insisted he was the real Jesse James. In 1995, James’ body was exhumed and DNA testing proved it to be the real Jesse James. Despite the test results, those who sided with Dalton still believed that he was the real James so in 2000, a permit was granted to dig up Dalton’s body. The wrong body was exhumed and so the court granted yet another permit to dig up Dalton, making him the third person to be studied as a possible Jesse James. 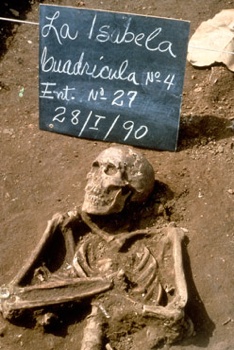 Columbus may have arguably traveled more in death than in life! He died in 1506 in Spain and was first buried in Valladolid. His remains were then moved to a monastery in Seville. In 1542, he was moved yet again to Santo Domingo, Hispaniola. When the French took control of Hispaniola, Columbus’ remains were moved to Havana, Cuba. When Cuba became independent in 1898, Columbus was moved yet again and this time back to Seville. At least, it’s assumed what was moved back to Seville were the remains of Christopher Columbus although there are some who are skeptical. In 1877, the cathedral in Santo Domingo was undergoing repairs and workers had found a tomb inscribed to Christopher Columbus. One theory is that the bones that were constantly moved were that of his son, Diego, who had the grave site next to his father. Pictured above is the exhumed skeleton of one of Columbus’ crew members. 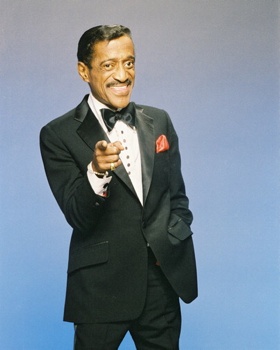 Sammy Davis, Jr. died in 1990 due to complications from throat cancer and was buried in a cemetery in Glendale, California. When it was discovered that he was nearly bankrupt, his wife, Altovise, had his body exhumed so she could remove $70,000 worth of jewelry that was buried with him. 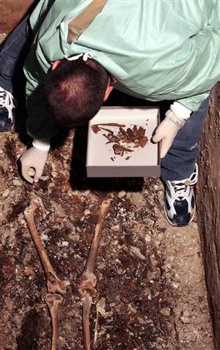 Quick Fact: One of Italy’s most famous castrato

There are no conspiracies saying a fake Farinelli was buried in his grave nor was he disturbed to move to another site. Farinelli was exhumed in the name of science. Castrati have been discussed in another Listverse list (Top 10 Incredible Recordings) but to summarize, Farinelli was one of many who were castrated before puberty so they could continue to sing the higher ranges. Farinelli was one of the few castrati who had a successful singing career later in life. The goal of the exhumation is to study the anatomical effects of pre-pubescent castration on the body. 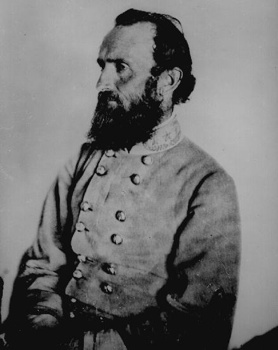 Jackson was not exhumed, but his left arm was. As a result of friendly fire, Jackson had to have his left arm amputated. The arm was buried at the battlefield in Chancellorville, Virginia and Jackson was taken from battle to a safe place to recuperate. He contracted pneumonia and died eight days after the amputation. Jackson’s body was buried in Lexington, Virginia. In 1929, Jackson’s left arm was dug up and reburied in the Ellwood Family Cemetery in Spotsylvania, nearly 150 miles (roughly 240 kilometers) away from the rest of his body. The Ellwood tombstone reads: “Arm of Stonewall Jackson”. 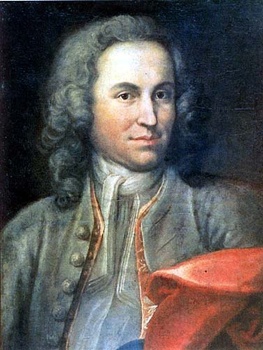 Bach may very well hold the record for most graves dug up for a single exhumation. In 1750, he was buried at the Johanneskirsche in an unmarked grave. The expansion of the graveyard done in 1894 provided a chance to determine the exact location of his gravesite. So based on scant clues the authorities could collect (clues like “The grave most likely was located within either the second or third section of the churchyard, but it also could have been in the first section.”), they selected the most likely Bach grave sites and dug them all up. Based on the casket type, gender and age of the skeleton and a few distinctive characteristics of the skull, they found what they believe is a high probability to be the remains of Johann Sebastian Bach. He was reinterred in the newly enlarged Johanneskirsche with a marked grave and was moved yet again to the Thomaskirsche when the first church was destroyed in WWII. 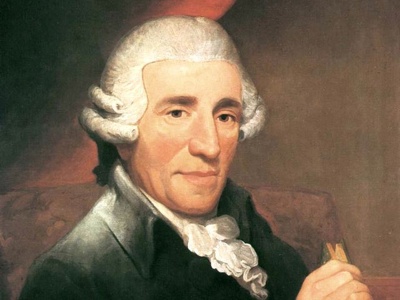 Shortly after Haydn’s burial in 1809, Johan Peters bribed the gravediggers to allow him to steal Haydn’s head. He had a strong interest in the pseudo-science Phrenology, which determines someone’s personality and traits by the shape of their skull. To his delight, Haydn’s musical bump was “fully formed”, further proving the man’s musical genius. However hard it was to obtain the skull in the first place, it proved near impossible to return it to its rightful owner afterwards. Peters kept the skull until the end of the Austrian War of 1809, after which he gave the skull to Josef Rosenbaum who had worked for Haydn’s patrons. Rosenbaum’s wife was extremely pleased with this acquisition and would prominently display the skull in a glass box during musical recitals. It wasn’t until 1820 that the skull’s story became public. Prince Esterhazy, the patron family Rosenbaum worked for, decided to move Haydn’s remains to the family church, only to discover it was missing a head. When Rosenbaum was found out, he gave the prince a skull close to shape and age of Haydn’s and that was buried with the rest of the bones. The skull passed ownership a number of times through the decades not to reunite with the rest of Haydn’s bones until 1954, 145 years since they were last together. 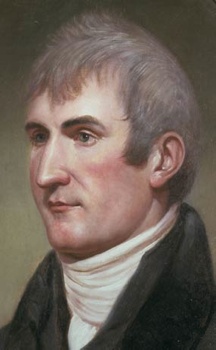 Adding Meriwether Lewis to this list is cheating because technically his body hasn’t been exhumed yet! Meriwether Lewis was one of the members of the Lewis & Clark expedition who explored the North American western frontier in 1806. Three years later, Lewis died with a gunshot wound to the head and another in the chest. His death has generally been accepted as a suicide; however, his descendants have long held the belief that he was murdered. Since Lewis was buried on National Park land, his family needs to get the permit to exhume his body approved by the federal government, which is proving much harder than it sounds.