Plenty of petrified people are unearthed every year. Despite this overpopulation, the fascination with the dried-out dead remains. It is not hard to see why. Mummies offer unexpected markings and ailments. They also appear to move and cluster together in bizarre imitations of a living society.

Sometimes, all that remains are mummified pieces. Even these lonesome fragments can reveal bizarre traditions about love, death, and living cocktail drinkers who must kiss amputated toes. 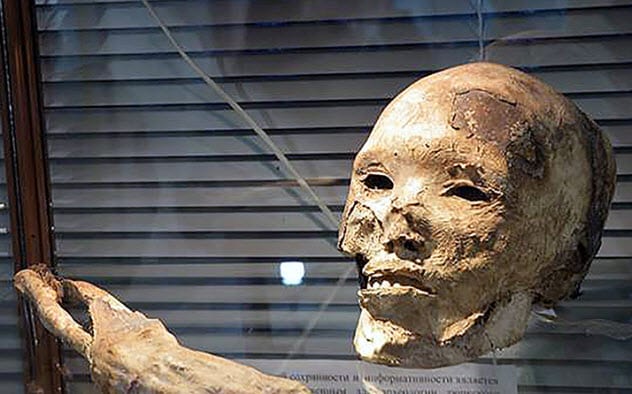 In 1993, a girl found a grave. Alena Kypchakova, then 12, found a collapsed grotto near the rural Kam-Tytugem settlement in Siberia. Inside were the remains of a Hun warrior and his weapons.

Around 1,700 years ago, the man was wrapped in fur and placed on a wooden bed. Next to him was a bow that originally was nearly as tall as a modern man. Pieces of birch arrows revealed that the shafts were marked either white or black, possibly for quick selection during a hunt. They originally came with iron tips and bull horn pieces.

According to ancient Chinese literature, the horn carvings produced a whistle when the arrow shot through the air. This was meant to scare the enemy and distract deer from fleeing. Try as they might, researchers failed to reproduce the effect.[1]

The mummified archer is kept at a relatively unknown museum because locals refused all attempts by bigger institutions to acquire him for their collections. Located in Kokorya, the museum is now managed by Alena Kypchakova, who found the body as a child. 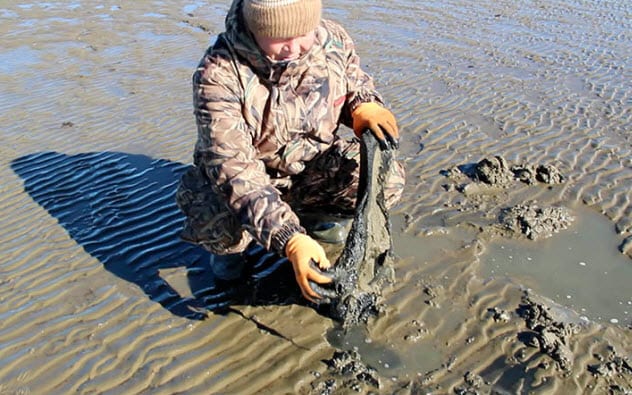 The “island effect” is when a large species turns smaller to adapt to an island environment. The woolly mammoth was one of them. However, rumors circulated about the existence of mammoths that were naturally tiny and not because of island evolution. In particular, people reported finding the bones of these animals, adults and infants, on Kotelny Island in Siberia.

In 2018, scientists headed over to the island and found the first official remains. The unique carcass had yellow fur which soon earned it the name “golden mammoth.” There was a big problem, though. The body was in an inaccessible area. Not much can be proven until its recovery.

The surrounding permafrost did give it a date—between 22,000 and 50,000 years ago. It appears to be an adult about 2 meters (6.6 ft) tall. Normal-sized mammoths measured around 5 meters (16.4 ft) tall. The age of the animal provided the first real hope of a dwarf mammoth species. During that time, Kotelny Island was attached to the mainland, which removed the “island effect” as an explanation for the small adult.[2] 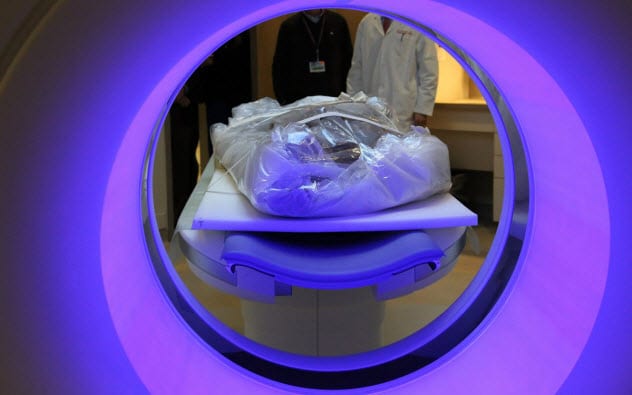 Finding heart disease, atherosclerosis in particular, in mummies is nothing new. However, when researchers wheeled five bodies from Greenland into the scan room, they expected healthy tickers. The mummies belonged to 16th-century Inuits, four adults and a child.

Atherosclerosis narrows the arteries in older people, and these were young adults (plus junior). The condition is also associated with high-cholesterol foods such as pork, beef, and dairy. The Inuit group would have dined on marine mammals and fish. The latter is packed with omega-3 fatty acids, a heart health tonic.

The 2019 study was done at Brigham and Women’s Hospital in Boston. During the CT scans, atherosclerosis showed up in three of the adults. Considering their ages and diet, this was surprising. However, there was no mistake. The mummies were exceptionally well-preserved. Even their blood vessels were intact. When the disease showed up in their arteries, the results were fairly conclusive.

These are the first cases of atherosclerosis from Greenland mummies, although their condition remains mysterious. A likely cause could be that they inhaled too much smoke from indoor hearths.[3] 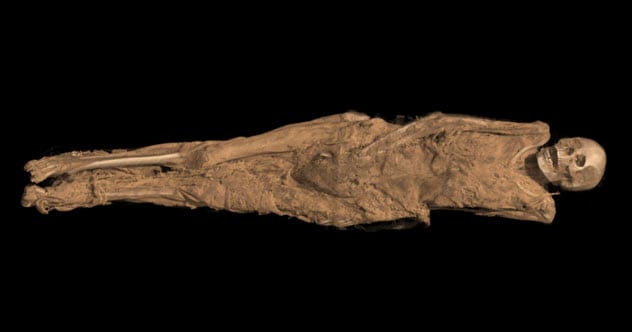 In recent years, the British Museum obtained the body of a woman. Her mummified remains were found in 2014 in northern Sudan on the banks of the Nile River. When researchers examined the body, they found a tattoo on her inner thigh.

To make the faded design clearer, they zapped it with infrared imaging. They found something recognizable but unique. The tattoo’s unusual look was due to stacked ancient Greek letters. It read “Mixaha,” the name of the archangel Michael.

The monogram was familiar. Archaeologists had found it before on church artifacts and mosaics. However, this was the first time it showed up on a human body. The religious-flavored tattoo might have been a protection charm, or perhaps she wanted it because her faith was important to her.

The ink was around 1,300 years old, which also made it the first body art found from this time period. Although not the oldest tattoo in history, the Sudanese woman’s symbol remains a rare find.[4] 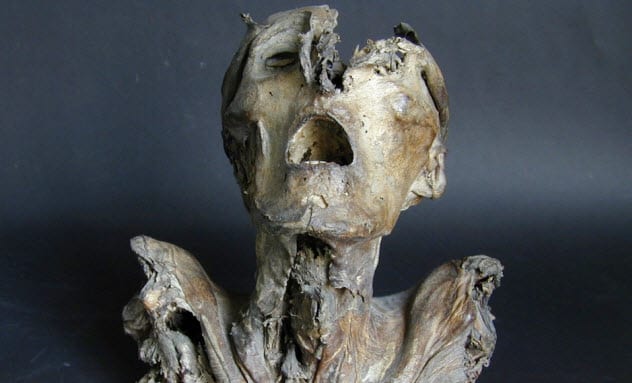 In 2013, researchers examined a gruesome relic. The partial mummy consisted of shoulders, a neck, and a head. The man’s death expression was disturbing, almost like a permanent scream.

Scientists thought it was preserved during the 1400s or 1500s, but analysis placed it between AD 1200 and AD 1280. This made it Europe’s oldest preserved human autopsy. It also placed the body right in the middle of what many considered Europe’s most backward time for science.

However, the mummy was prepared by experienced hands and surprisingly advanced techniques. The ancient doctor mixed lime, beeswax, and red cinnabar mercury. The potion was injected into the veins to preserve the body and add a touch of color to the circulatory system. The back of the skull and brain were also skillfully removed.[5]

This went against the prevailing view that human dissection in the Middle Ages was a “cut up and throw away” affair. This man was possibly even preserved for future use in medical education. 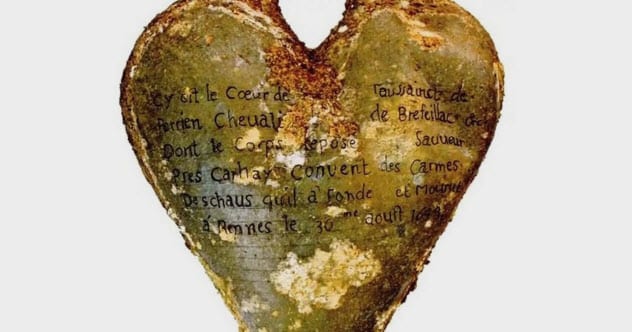 France is known for romance, but things went a little too far during the 16th and 17th centuries. During this time, it was considered romantic to be buried with the heart of one’s husband or wife.

In 2015, a group of mummified hearts was found under a convent. The Convent of the Jacobins in Rennes was also home to a large cemetery dating back to said centuries. One lead coffin contained a woman from the elite class, which adhered to this macabre tradition.

Lady Louise de Quengo died in 1656. While her remarkable state of preservation was noteworthy, the best find inside the coffin was a lead urn. Shaped like a valentine’s heart, it contained the real heart of her husband.

Soon, a look through more elite vaults produced four similar urns. The hearts were cleaned and scanned. The images gave researchers a good view of the 400-year-old heart valves, chambers, and arteries. Apart from a healthy organ and another that was too damaged for information, the remaining three showed signs of atherosclerosis.[6] 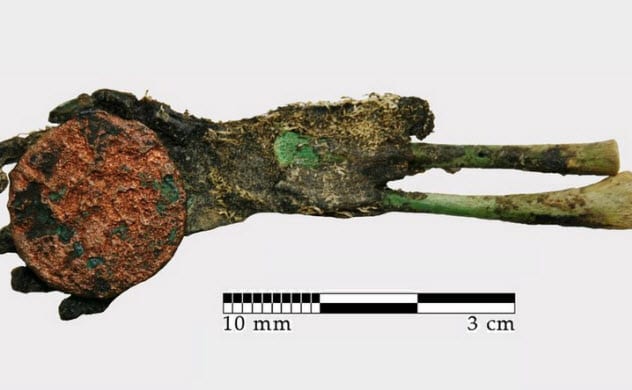 In Hungary, the village Nyarlorinc has an ancient graveyard. Around 540 people were buried there between the 12th and 16th centuries. When researchers paged through old photos of excavations, they found the mummified hand of a baby.

Curious as to why only one limb mummified, the remains were analyzed. The infant’s copper levels were astronomical. After digging through the cemetery’s artifacts, both the source of the copper and preservation was identified as a coin that fit inside the baby’s hand.

This revealed an unknown way of mummification, but the coin also reflected a known tradition. When a child died before it was baptized, the youngster was buried in a jar with a coin to pay St. John the Baptist to perform the ceremony. That way, the baby could go to Heaven.

The Nyarlorinc child was indeed buried in a jar. Oddly, this tradition was never recorded in Hungary before. A deeper mystery was the coin’s date—between 1858 and 1862. It meant that the baby was buried at Nyarlorinc 150 years after the cemetery was abandoned.[7] 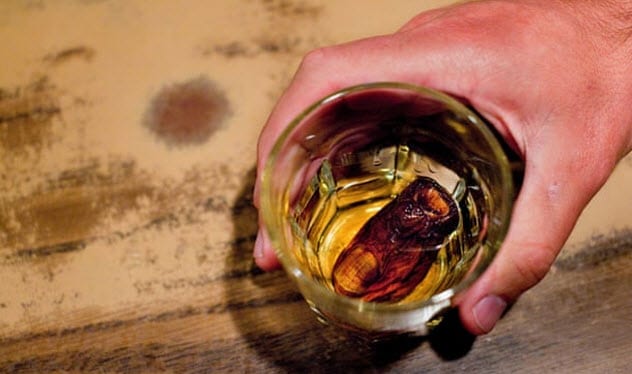 Bars are known for alcoholic creativity. However, one cocktail is hard to beat. To order the sourtoe cocktail, one must travel to Yukon territory in Canada. The next step is to find the Sourdough Saloon in Dawson City.

Ask for this particular drink, and the bartender fills a tumbler with spirit (often whiskey). The final ingredient—a mummified human toe—is then plonked inside.

The drink comes with one rule. Your lips must touch the toe. When that happens, the saloon hands over a certificate. So far, over 100,000 people have earned their certificates.

The drink’s history is just as weird. It was born in 1973 after an entrepreneur found the frostbitten toe of a rum smuggler. The digit had been kept in the smuggler’s shack since the 1920s and was around 50 years old upon discovery.

The entrepreneur started the drink as a way in which people could prove themselves as worthy Yukoners. The original toe was swallowed in 1980, but several frostbitten toes have taken its place since.[8] 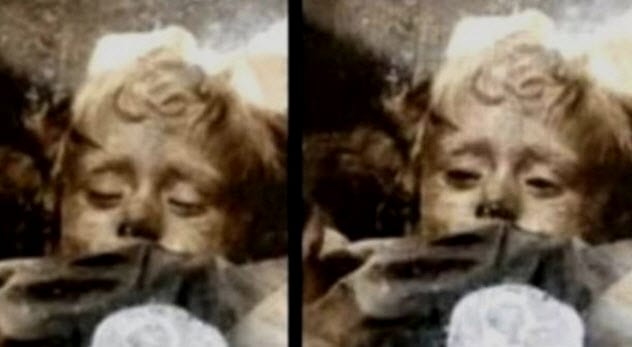 Rosalia Lombardo is among the most famous mummies in the world. When pneumonia killed the two-year-old in 1920, her father commissioned Alfredo Salafia to embalm her. This procedure went so well that Rosalia still appears to be napping.

Along with thousands of others, her body was interred in the Capuchin Catacombs under Sicily’s Capuchin Convent. The rest of the corpses were prepared by monks and dried out naturally. Rosalia’s perfect looks came from a long-lost embalming recipe that nobody could crack. For decades, the pretty girl also creeped people out because she appeared to open and close her eyes.[9]

In 2009, anthropologists tackled both mysteries. One of Salafia’s handwritten manuscripts was found, and it revealed the ingredients. He used glycerin, formalin, zinc sulfate, chloride, and a blend of alcohol and salicylic acid. He simply injected the combined fluid into Rosalia.

The creepy eye thing is an optical illusion. She was mummified with her eyes slightly open. Nearby windows cast enough light to highlight her blue eyes. But as the day shifts and shadows change, viewers are tricked into seeing closed lids. 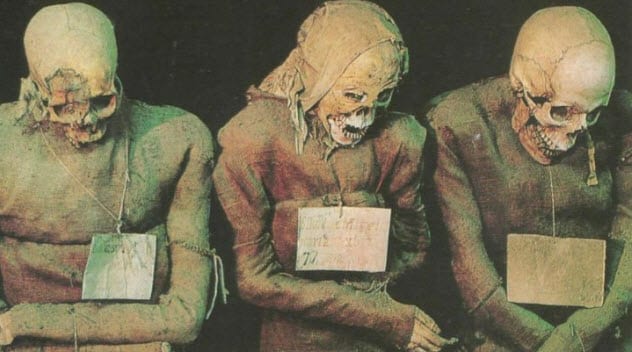 Rosalia is not the only tourist attraction in the Capuchin Catacombs. There are thousands more bodies. Although they are not so well-preserved, the mummies belonged to what researchers called “Club Dead.” It would appear that only the elite, dressed in their best, could hope to be buried there.

Creepily, nobody was buried. Instead, the dead were arranged in poses or hung on the walls. Corpses were dressed in their best uniforms, ball gowns, and religious robes. People were separated according to gender, age, and career. In the hall of professionals, several physicians and lawyers hung from wall hooks. In the nursery, children were in their cribs.[10]

The subterranean world was maintained by monks who were paid by relatives to change the dead’s clothes and keep them clean. Today, most of the mummies have fallen into disrepair, but their doll-like desperation to act alive remains tangible. The Club Dead collection is part of a greater mystery. Sicily once had a strong tradition of drying out their loved ones. Experts still do not know why.