Lore and literature are filled with stories of oft-sensual, blood sucking monsters that terrorized many a small town and village. But, did you know that factual history is full of “vampires” as well? Ok, maybe they didn’t turn into bats at will (or wolves, depending on the lore), but they did all share the most important and recognized feature with our fictitious fiends: a thirst for blood. This list is a compilation of ten human “vampires” which I am especially keen to publish as a result of recently watching a two season marathon of True Blood. 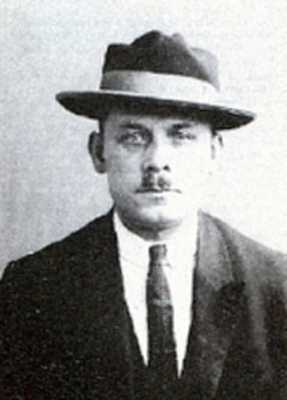 Also known as the Vampire of Hanover or The butcher of Hanover, this German serial killer is believed to be responsible for at least 27 murders, and was convicted of 24. Although his criminal career began in 1898 (for molesting children) and later came to include assault, petty theft and burglary, his first known murder did not take place until September of 1918.

From September of 1898 to June of 1924, he would go on to rape, murder and butcher at least 27 youths (spanning from ages 10 to 22). He killed many of his victims by biting through their throats. He sold personal belongings acquired from his victims, and reportedly sold their flesh on the black market, although this may just be a rumor. Haarmann is considered one of Germany’s most prolific killers, both for the number of victims and the extremely grisly nature of his crimes. He was charged with 27 murders, convicted of 24 and guillotined, on April 15, 1925. His last words were: “I repent, but I do not fear death.”

His head was preserved in a jar by scientists so they could study his brain, and is now at Gottingen medical school. 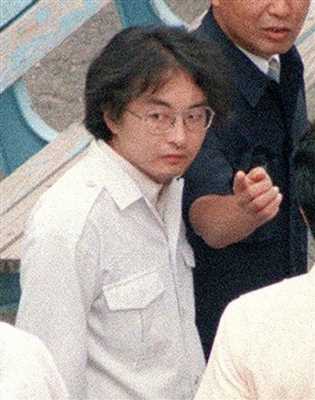 Known as The Little Girl Killer, The Otaku Killer and Dracula, this Japanese serial killer mutilated and murdered four little girls. His murders spanned 1988–1989 and took place in Tokyo’s Saitama Prefecture. His youngest victim was four years old, the oldest was seven. He molested their corpses and drank the blood of one victim, also eating her hands. He terrorized the families of all four victims, sending them letters and postcards where he described his heinous crimes, and also may have called their houses.

He never repented for his crimes, was sentenced to death on April 14, 1997, and executed on June 17, 2008. The very mention of his name still draws contempt and disgust from the Japanese public. 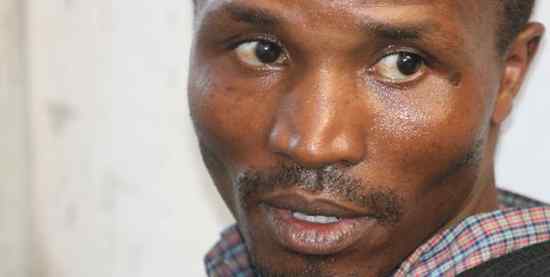 With a murder toll of at least 17 (possibly 19), 32 year old Philip Oyancha confessed to Kenyan police that he had murdered and drunk the blood of his victims, supposedly as part of a cult ritual. His victims were women and children, and he claims to have committed his crime under the influence of evil “spirits” that made him thirst for blood. He stated that he attacked women because they were easier to subdue, saying; “When the urge comes, they are the easiest victims.” According to his confession, he was initiated into a blood cult by a female teacher who initiated him into ritual murder. He has led police to the bodies of some of his victims, and claims to have been aiming to kill 100 people in total “My target was to kill 100 women. I managed 17 and there were 83 to go”. 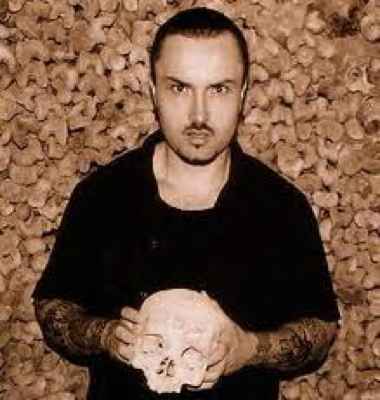 Described as a “nearly psychotic sadist” Nicola Claux was a mortician at the time of his arrest, in 1994. Upon interrogation, he confessed to murder and grave robbing. When his apartment was searched, police found unidentified skeletal remains and blood stolen from the local blood bank. A self-confessed cannibal, Claux would eat strips of flesh cut from corpses to which he had access as an assistant mortician. Claux was found guilty of one count of murder and then condemned to 12 years in prison, despite debates over whether or not he was sane enough to be held accountable for his acts. After serving seven years of his sentence, he was released from prison on March, 2002. On his website (dedicated to selling his murder-themed art) he stated:

“This website is my only official website… I have worked hard to improve myself through the development of artistic abilities. I cannot erase the past, but my goal is to channel the negativity that I have caused into pure creativity … I do not encourage other people into doing the things that I have done. The spiritual and social prices to pay are far too high.” His art can be seen here. 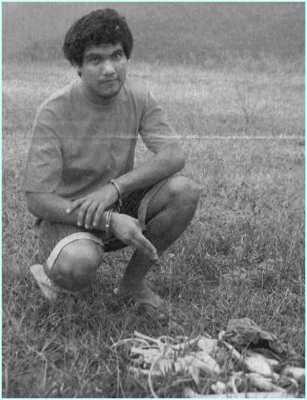 Marcelo de Andrade was the son of poor, Northeastern migrants and grew up in Rio de Janeiro’s Rocinha Slum. As a child, he was the victim of physical and sexual abuse and lived without running water. Around April, 1991, he began a killing spree that would last nine months and claim 14 victims, who were all poor young boys. He raped all his victims and confessed to drinking their blood, claiming to have done so in order to “become as beautiful as them”.

His warped, sick mindset can be best seen in his own declarations “I preferred young boys because they are better looking and have soft skin. And the priest said that children automatically go to heaven if they die before they’re thirteen. So I know I did them a favor by sending them to heaven”. It is interesting to note that he belonged to a Christian sect, was an avid church-goer, and worshiped his own mother like a saint. He is now in a psychiatric asylum, having been recaptured after escaping, in 1997. 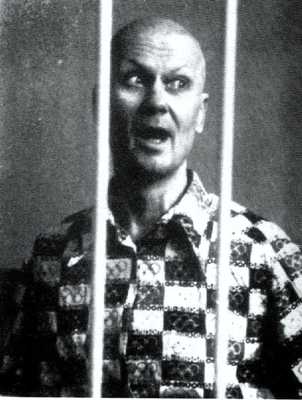 Also known as the Rostov Ripper and the Shelter Belt killer, Andrei Chikatilo claimed his first victim (a nine year old girl by the name of Lena Zakotnova) on December 22nd, 1978, and would go on to kill 52 more. He evaded capture for almost 15 years. Mutilation of the eyes and complete or partial removal of the sexual organs became two signatures of his grisly crimes. He targeted adolescent boys and girls, often raping and cannibalizing them, as well as drinking their blood. Despite the ineptitude of local police, he was eventually captured and found guilty of 53 counts of murder. During the trial, he behaved erratically, screaming obscenities and beating himself against the bars of the cage to which he had been confined for the duration of the proceedings. He stated “I am a mistake of nature, a mad beast.” He was executed in 1994. 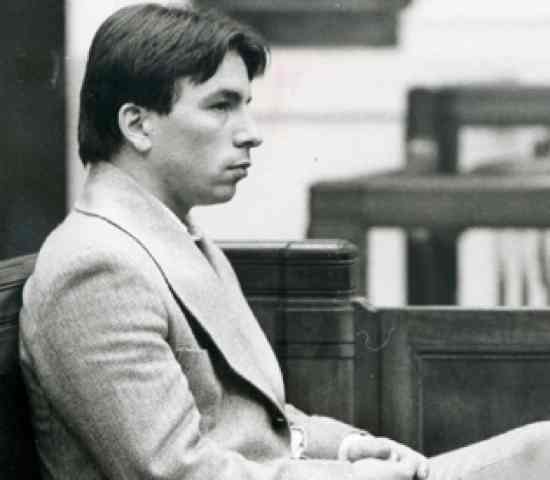 When James Riva was 23 years old he shot and killed his handicapped grandmother while she sat in her wheel-chair, and then stabbed her several times in the heart. The gun was loaded with gold-painted bullets. He drank the blood that gushed from her wounds and set fire to her house to get rid of the evidence. He claimed to be a 700-year-old vampire who needed to drink her blood, but claimed she was also a vampire and that she fed on him at night while he slept. He was convicted of second degree murder, arson, assault and battery. He was sentenced to life in prison on the murder charge, and ten to twenty years for the arson charge. 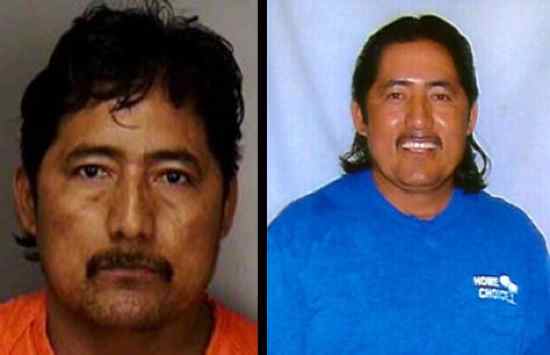 When Mauricio Lopez found out that his niece (Mariella Mendez) was having an affair with her sister’s husband, Macario Cruz, he decided to end the matter with blood, Cruz’s blood. He stabbed Macario Cruz in his heart and liver in front of Mendez and her four children. He then proceeded to fill a plastic cup with Cruz’s blood and drank it before fleeing the scene. He is now facing charges ranging from second-degree murder to aggravated assault and aggravated battery with a deadly weapon. 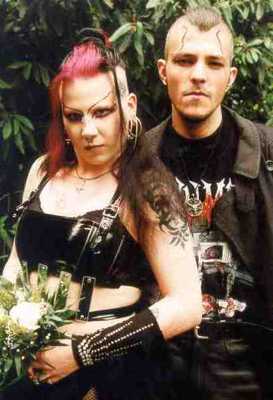 In the year 2001, this German couple murdered Daniel’s co-worker and friend, stabbing him 66 times, hitting him with a hammer and drinking his blood. Afterwards, they had sex in Manuela’s coffin. They claim to have acted on the devil’s orders and said they chose their victim (named Frank Hackert, age 33) because he was “so funny and would be the perfect court jester for Satan” During their trial, they acted completely without remorse, threatening witnesses and flashing satanic symbols. Daniel Ruda was committed for 15 years and his wife for 13. 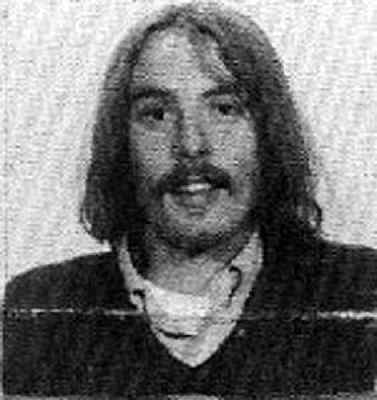 Richard Chase was born in Santa Clara County, California, on May 23, 1950. Known as the “Vampire of Sacramento”, he killed six people in the span of one month, cannibalizing their remains and drinking their blood. The product of a troubled household, Chase showed signs of psychological problems at an early age and, later, gained himself a reputation as an alcoholic and chronic drug user during his adolescence. He became obsessed with bodily fluids, once being hospitalized for blood poisoning due to injecting himself with rabbit’s blood.

He committed his first murder on December 29, 1977. He would prowl homes and enter if the door was unlocked, believing that a locked door was a sign that he was not wanted but an unlocked door was an invitation to enter. On January 27, he committed his last murder, slaying 38-year-old Evelyn Miroth, her six-year-old son, Jason, and her 22-month-old nephew, David. He engaged in necrophilia and cannibalism with Evelyn’s corpse. He also drank her son’s blood and ate several of his internal organs, including his brain. On May 8, 1979, he was found guilty of six counts of murder in the first degree and was sentence to die in the gas chamber. He was found dead in his prison cell on December 26, 1980, having committed suicide with doctor-prescribed anti-depressants that he had stored up over several weeks.