Wells Fargo’s recent indiscretion has cost thousands of people jobs and the company millions of dollars (as well as their reputation). This might seem like the worst banking scam ever perpetrated, but that is not the case.

As long as we have been trusting our money to banks, corrupt people within those institutions have been working behind the scenes to increase their wealth, whatever the cost. Here are 10 times that banks have committed various illegal activities you should know about. 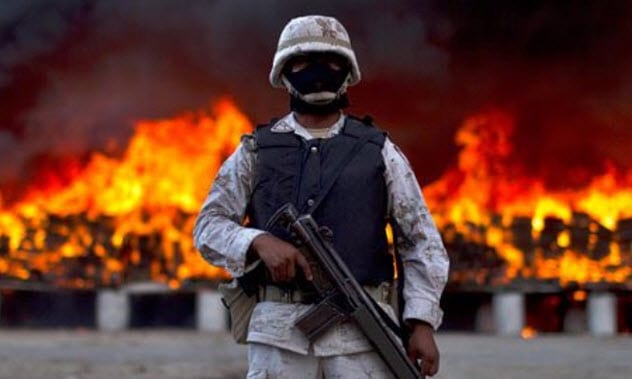 Though it was bought out by Wells Fargo in 2008, Wachovia was itself one of the largest banking institutions in the United States when it was found to have laundered money for Mexican drug cartels. A 22-month investigation by numerous federal agencies uncovered clear violations in the bank’s anti–money laundering program, which amounted to the transfer of $378.4 billion.

“Wachovia’s blatant disregard[1] for our banking laws gave international cocaine cartels a virtual carte blanche to finance their operations,” said federal prosecutor Jeffrey Sloman. The bank was fined just 2 percent of its $12.3 billion in profits for 2009 once the case concluded. Most of the money laundering was done via the remittance industry, which enables the bank to charge high fees to transfer money from the US to Mexico. 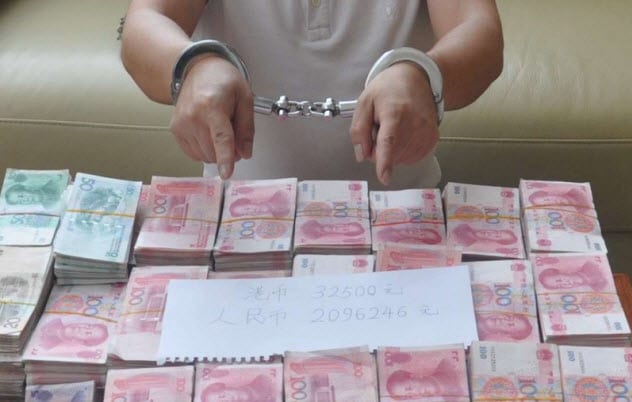 Chinese investigators have uncovered an underground banking industry for processing illegal money transfers in the amount of 200 billion yuan ($30 billion). One bank disguised itself as a trade company and was likely involved in channeling money for drug dealers and smugglers.

The case is only one of many that have involved more than 800 billion yuan of illegal transfers since November 2015.[2] As of August 2016, 450 people had been arrested by a special Chinese task force created to find and disrupt illegal banking activity in the country. Those arrested were involved in 158 separate cases of underground banking and money laundering for criminal activities and political corruption. 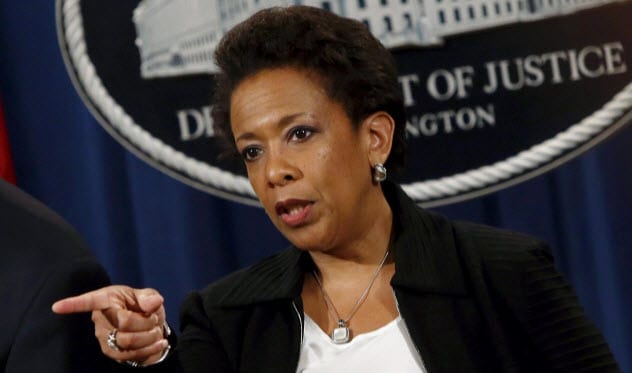 In May 2015, five of the largest banks in the world—JPMorgan Chase, Citicorp, Barclays, The Royal Bank of Scotland, and UBS—were fined $5.7 billion in a settlement over charges of market manipulation. Included in the settlement was a three-year period of federal oversight to ensure that all criminal activity stopped.

Four banks were responsible for rigging foreign currency exchanges, and one bank, UBS, was fined for manipulating key market interest rates. The prices of both the dollar and Euro were fixed by traders who called themselves “The Cartel.”[3] They used electronic chat rooms and code words to increase their profits by manipulating exchange rates.

The fines levied by the US Justice Department included $550 million for JPMorgan Chase, $925 million for Citicorp, $650 million for Barclays, $395 million for Royal Bank of Scotland, and $203 million for UBS. In a separate action, the US Federal Reserve fined these banks $1.6 billion.

In addition, Barclays agreed to pay $1.3 billion to the Commodity Futures Trading Commission, the New York Department of Financial Services, and the U.K.’s Financial Conduct Authority. Barclays was also assessed a $60 million penalty by the US Justice Department on a related charge.

7 Numerous Banks Worked With The Nazis 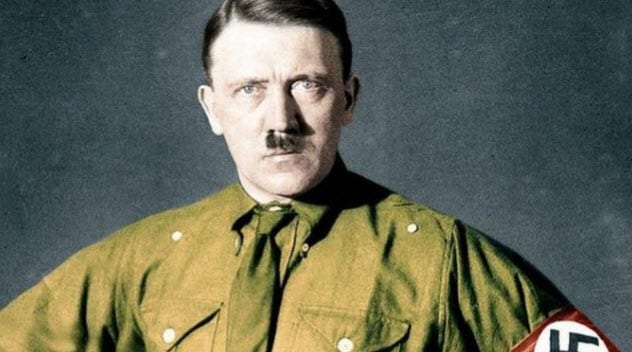 When the Nazis swept across Europe, they did a lot more than just invade other countries. They rounded up the disabled, homosexuals, Jews, and many more people whom they felt were undesirable. Then the Nazis took everything these people had.

Millions of people were exterminated in concentration camps, which is well-known. What many people tend not to consider is what happened to the victims’ assets. As it happens, some banks were complicit in seizing the assets of their Jewish customers and handing those assets over to the Nazis.

In 1998, Barclays Bank agreed to pay $3.6 million to Jews whose assets had been seized by the bank’s French branches during the war. Swiss banks agreed to pay a combined $1.25 billion in compensation in 1997. Many more banks were complicit, but it wasn’t just European institutions that were involved. 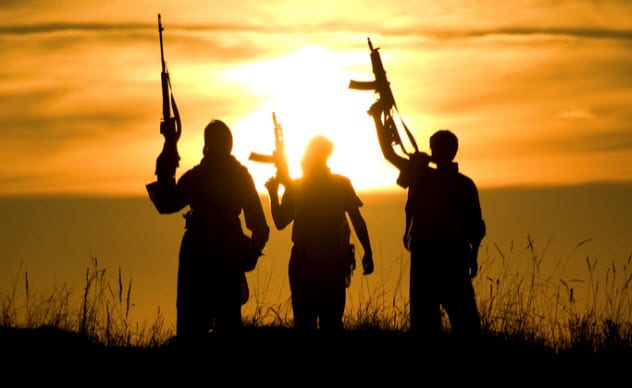 In July 2012, the United States Senate submitted a report accusing HSBC Holdings of exposing the US financial system to illegal funds from Mexican drug cartels, the North Korean and Cuban regimes, and Saudi Arabian terrorists. At the time, HSBC Holdings was the largest banking institution in Europe, with 470 US branches supporting approximately four million customers.

Despite the seriousness of the crimes, the Senate merely demanded an apology. HSBC said that it “will acknowledge that, in the past, we have sometimes failed to meet the standards[5] that regulators and customers expect,” which is a funny way of copping to what they did.

The amount of money involved over the time period was not easy to calculate, but a single affiliate exceeded $7 billion in one year. A lawsuit and criminal filing relating only to money laundered through the Mexican cartels cost HSBC $1.9 billion in 2012. HSBC disregarded their internal controls and was called “the place to launder money” by one drug lord. 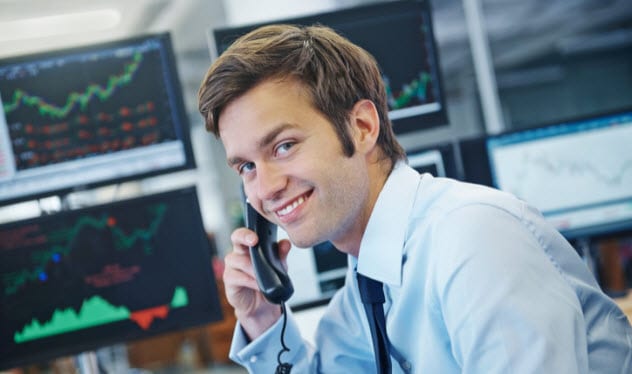 The LIBOR (London Interbank Offered Rate) scandal is probably the largest financial crime you’ve never heard of. When the scandal was uncovered in 2012, LIBOR was an interest rate that was being used in trillions of dollars of financial contracts around the globe. It can affect the cost of corporate loans, student loans, mortgages, and more. So yeah…LIBOR is a big deal.

It’s supposed to be the average rate at which banks can borrow money from each other for a short term. Each day, leading banks would submit their borrowing rates to the British Bankers’ Association (BBA). The BBA would throw out some of the highest and lowest rates and average the rest. Although the rates were calculated for various currencies and maturities, US dollar LIBOR for three months was considered to be the most important.

Unfortunately, some banks conspired to fudge their numbers. They were providing inflated or deflated interest rates to the BBA for years. When a bank changed their numbers, they could then profit on trades of financial instruments that were based on the inflated or deflated numbers. But the fraud also impacted corporations and individuals who had loans based on LIBOR.

It’s complicated, but it boils down to bankers rigging the numbers to make money. Deutsche Bank was one of the biggest participants in the fraud. They were fined $1.74 billion,[6] even though proving fault and imprisoning people remains difficult. 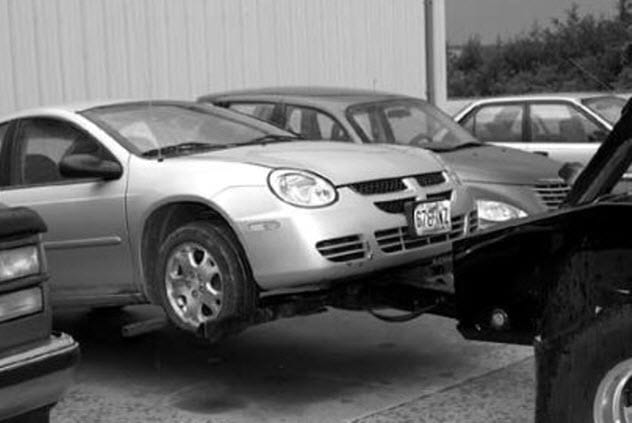 When servicemembers take government-sponsored vacations to war zones, they are granted certain rights to protect their property. Let’s say a soldier is captured by the enemy and is in a POW camp for a period of time. He’s probably not going to be able to make payments on his car.

The Servicemembers Civil Relief Act is supposed to protect the soldier’s possessions so that they cannot be repossessed while he is actively serving. Unfortunately, not all banks follow the rules. Wells Fargo fell into that category when they seized the cars of several military members who were deployed overseas.

Between 2008 and 2015, Wells Fargo repossessed cars in at least 413 such cases. In one instance, the bank seized the car of an Army National Guardsman who was serving in Afghanistan and auctioned it off.[7] Then the bank went after the soldier’s family to recover an additional $10,000 to clear the car loan.

Ultimately, the bank was fined $24 million over the illegal repossessions. But the servicemembers who had to deal with this while fighting for their country should have had their attention focused elsewhere. 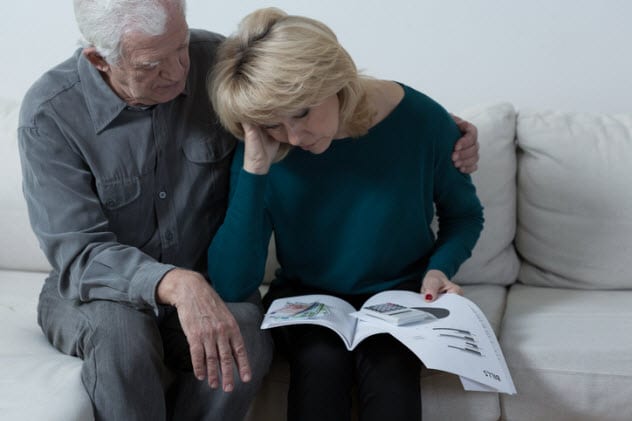 When you work for a living, you expect your dues when you retire. Pension accounts help the working class reach an age where it’s appropriate to finish working and sit in an easy chair until they die. It’s the American way.

There wouldn’t be pension accounts if there weren’t bankers. But that doesn’t mean we can trust them. In lawsuits filed by New York state and federal authorities in 2011, Bank of New York Mellon was accused of scraping $2 billion from pension funds throughout the US by inflating foreign exchange fees and defrauding customers out of that money.

The lawsuits contend that the bank guaranteed competitive rates but provided the worst possible rates instead. Then they pocketed the difference, which totaled more than $2 billion. This amounted to 75 percent of the bank’s foreign exchange revenue, which should have gone to the customers. In 2015, Bank of New York Mellon agreed to pay a $180 million settlement[8] related to these claims. 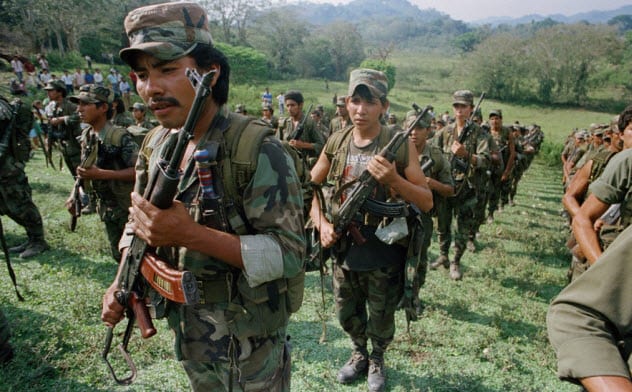 During the Iran-contra affair, the US provided arms illegally to Iran. Part of the money from the weapons sale was used to fund the contras, a guerrilla group opposed to the Sandinista government in Nicaragua. The arms sale was sanctioned by the Reagan administration and is not generally seen as a great move by the United States.

How does this relate to banking scandals you might ask? Well, the US required a bank, specifically the Bank of Credit and Commerce International (BCCI), to illegally launder the money[9] from the sale . . . and they did.

In fact, BCCI had been laundering money for just about everyone—from drug cartels to military dictators. The bank was secretly controlling smaller institutions and became something of a piggy bank for the world’s less reputable people and organizations. BCCI was one of the largest financial institutions in the world before it became defunct in 1991 due to its illegal activities. 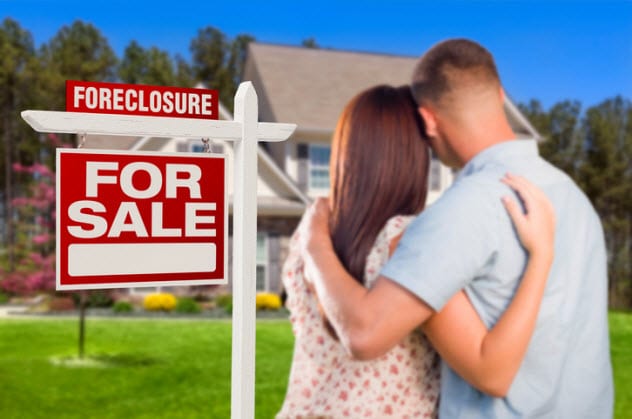 Many people and institutions were responsible for the so-called Great Recession that hit in 2007. But if we had to point a finger, it would be at the bankers who allowed it to happen.

The primary reason for the recession was that banks provided loans to almost anyone who asked. People would get loans with variable interest rates so that they could afford their homes for the first year. Then the rates would increase drastically the second year, making their homes unaffordable.[10]

As a result, businesses were building more homes than people could actually afford, which flooded the market. Suddenly, a home that had been worth $250,000 one day plummeted to $95,000 the next day. (That happened to this writer!)

With the market so full and few people able to get loans anymore, the United States entered into the worst financial disaster since the Great Depression. Due to paperwork and accounting errors, banks even foreclosed on properties that they shouldn’t have. So people lost their homes when they deserved to—and when they didn’t. Thanks, banks!

10 Newlyweds Who Killed Their Spouses On Their Honeymoons