Most of the time, a border is an imaginary line that isn’t remarkable in any way, usually not even readily visible. More often than not, the only indication you’ll get when you’re crossing one is a sign that says “Welcome to Oregon” or “You are now leaving California”, while you’re driving on a highway where nothing seems to be out of the ordinary. Some borders, however, are more unusual. Here is a list, in no particular order, of nine border areas that are somehow peculiar or noteworthy. 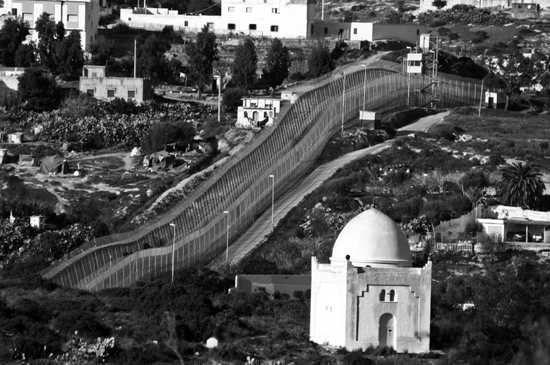 Ceuta is an 18.5 square kilometres (7.1 sq mi) autonomous city in Spain and an exclave located on the north coast of North Africa, surrounded by Morocco. Separated from the Iberian peninsula by the Strait of Gibraltar, Ceuta lies on the border of the Mediterranean Sea and the Atlantic Ocean. Morocco claims Ceuta, along with the Spanish autonomous city of Melilla, and a number of Mediterranean islands which border it, which has led Spain to erect a 3 meter high border fence around the city topped with barbed wire. 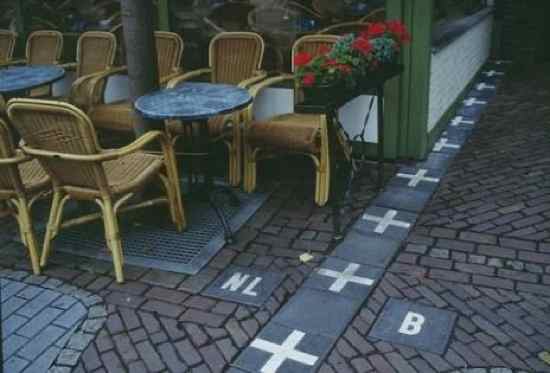 Baarle-Nassau is a Municipality in the Netherlands. It shares an unusual border with the Belgian municipality of Baarle-Hertog. Baarle-Hertog consists of 26 separate pieces of land surrounded by Baarle-Nassau, but some portions of Baarle-Hertog also contain areas belonging to Baarle-Nassau. The smallest parcel belonging to Belgium is only two-thirds of an acre (one-quarter of a hectare). The border is so complicated that there are even some houses that are bisected by it. In the picture above you can see the Netherlands on the left and Belgium on the right. 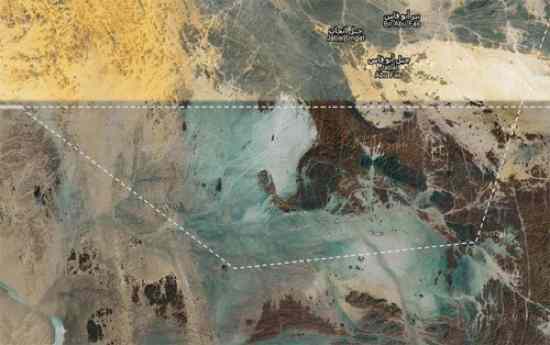 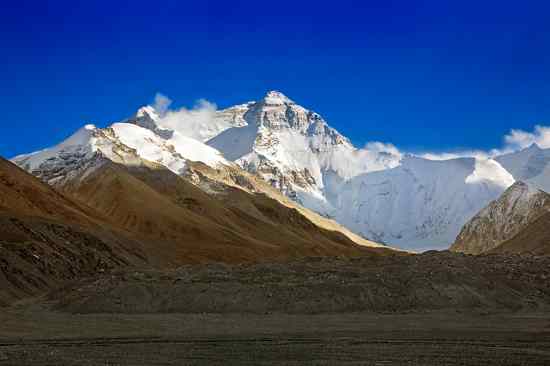 What’s Mount Everest doing on this list, you may ask? Everyone knows, of course, that it’s the tallest mountain in the world, but what a lot of people don’t know is that the border of Nepal and China goes right through the middle of the mountain, including the peak itself — making it not just the highest mountain, but also the highest border area. 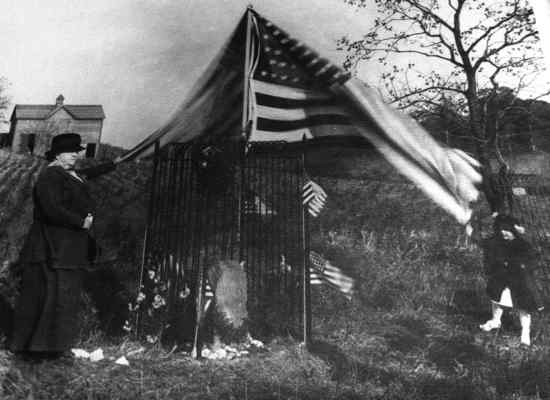 The District of Columbia was originally a big diamond carved out of Maryland and Virginia (later, the Virginia portion was returned to Virginia). Due to its size, shape and location, the border has some unusual features. When it was originally delineated, large stones were placed one mile apart around the entire District to define the border — one hundred stones in all, since the original district was ten miles long on each side. A few of the stones are missing today, but most are still present. There’s one in Silver Spring, Maryland, that marks the northernmost point of the District. 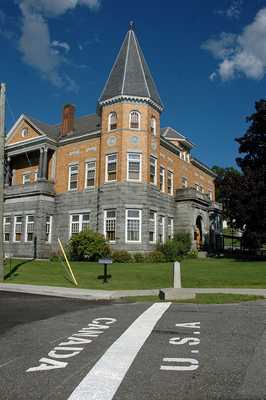 The town of Derby Line straddles the US/Canada border. The border passes right through the town, even through some buildings and homes. In some cases, a family at home cooks its meals in one country and eats them in the other. Derby Line is also home to the Haskell Free Library and Opera House, which was purposely built on the border. The opera stage is in Canada, but the entrance to the opera, and most of the stage seats, are in the United States. Because the building straddles the border, it has two mailing addresses, one for the US and one for Canada. 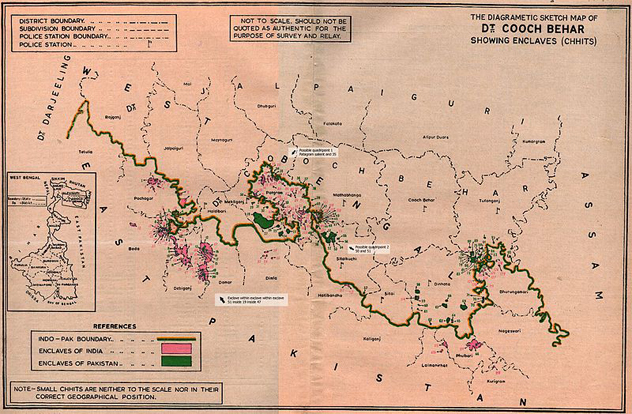 The Cooch-Behar District has borders somewhat similar to the Baarle-Nassau/Baarle-Hertog border. There are a number of parcels under Bangladeshi jurisdiction that lie inside of India, and vice versa. An additional peculiarity is the Indian area Balapara Khagrabari. As an exclave, it is surrounded by Bangladeshi territory. However, it also surrounds another Bangladeshi territory, and that territory itself surrounds yet another Indian territory, Dahala Khagrabari, making it the only place in the world where an exclave contains an exclave that itself contains yet another exclave. 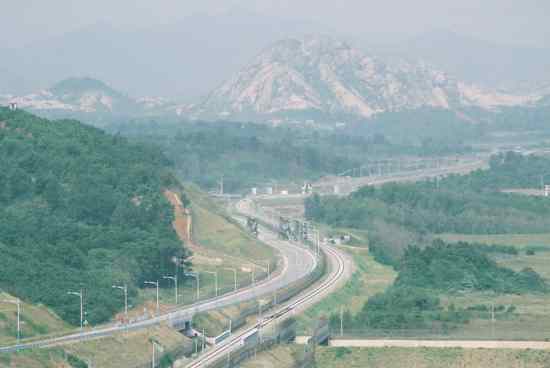 The Korean DMZ is a strip of land about 160 miles (258 kilomters) long and 2.5 miles (4 kilometers) wide, dividing North and South Korea. It is the most heavily militarized border in the world. Because it is so heavily guarded and almost nobody ever enters it, it has inadvertently created a nature preserve. A number of highly endangered species have taken up residence there, and there are indications that some of them may even be increasing in population. The DMZ is also notable in that it does not delineate a border per se; rather, it surrounds a “Military Demarcation Line”, or MDL. A border between the two Koreas cannot be formally agreed upon, as the two nations are technically still at war. A cease-fire was agreed on in 1953, but there has never been an actual peace treaty. 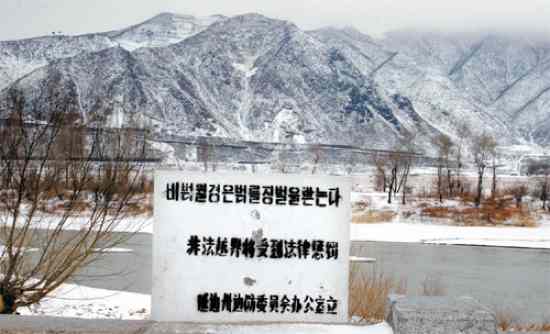 The Tumen is a river in Northeastern Asia. In an area near the coast, on the border between Russia and North Korea, just to the south of Lake Khasan, the Tumen snakes down between Russia and North Korea and is actually in Chinese territory. Thus, in this area, you can start off in North Korea, and just by walking North for less than half a mile, you will pass through China and end up in Russia. Although that might not be a good idea. It’s a common place for North Koreans to attempt to defect and, for that reason, it is heavily patrolled by North Korean soldiers.

The Diomedes are a pair of islands in the Bering Strait. Little Diomede hosts the American city of Diomede, with a population of 146. Big Diomede belongs to Russia and is uninhabited. The two islands are only about 2.5 miles (four kilometers) apart. The International Date Line passes between the Diomedes and serves also as the border between the United States and Russia. Thus, when residents on Little Diomede look across the strait at Big Diomede, they are not just looking at another country, they are “looking into tomorrow”; for example, when it is 9 AM on Saturday on Little Diomede, it is 6 AM on Sunday on Big Diomede. Little Diomede has set up a webcam looking across the strait. Visitors can control the camera, panning from side to side and zooming in on Big Diomede.