Video games are filled with a large variety of enemies that need to be killed or defeated. Some are rather soft and easy to deal with, while others cause you to lose control of your bowels. The following is a list of the most terrifying enemies found in video games. 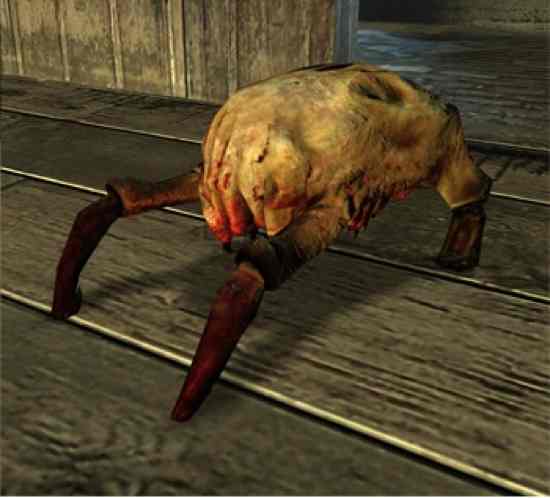 These buggers are a step up from the normal head crabs in Half Life. Headcrabs can easily jump from across the room to attack you, and though they’re rather weak, they’re somewhat hard to hit. What makes these headcrabs terrifying is the poisonous effect they have. If you were bitten by one, their neurotoxins would knock your health down to one percent. That puts you in a bad position when other enemies are attacking. 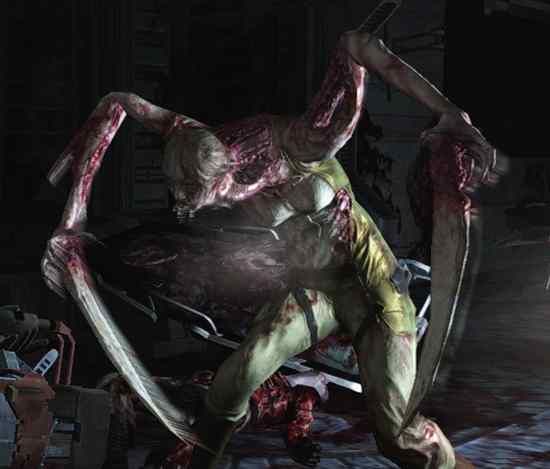 The necromorphs in Dead Space provide some fresh, original monsters for gamers to kill. With long slender cleaver-arms and fleet feet, the Slashers are always getting in your face, and no gun has adequate stopping power to keep them at bay. Their torn bodies are nasty and horrifying, and they have blades for arms. A single swipe can deal a lot of damage and you never know where they’ll show up. 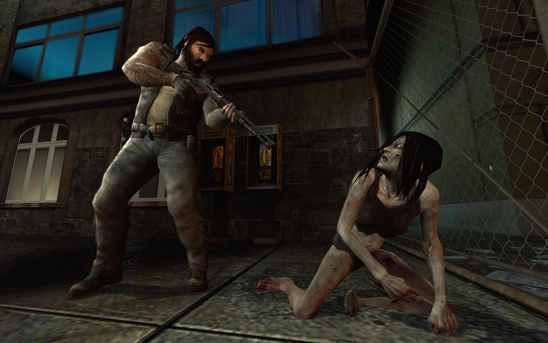 There are various types of zombies in Left 4 Dead, but no other zombie is as deadly or as terrifying as a Witch when she gets disturbed. They are usually found away from the action, covering their face with their claws and crying. If one stray bullet is fired, or one person gets a little too close, the Witch will quickly stop sulking and begin to tear you apart. Also, witches have one of the most infamous screeches in video game history. 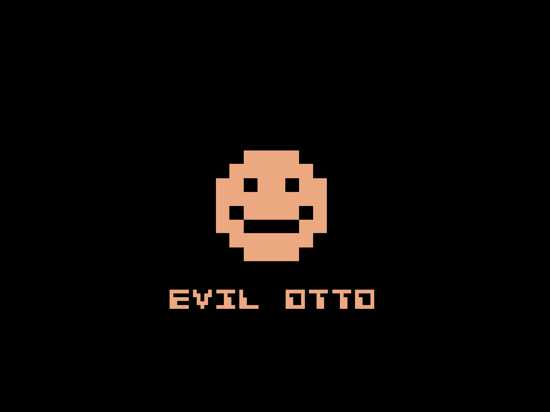 Though he may not look like much now, this little pixilated smiley face was enough to kill two teen players with heart attacks shortly after posting high scores, in 1981 and 1982. His purpose is to quicken the game, and if the player is touched by him, they are killed. What makes this enemy so frightening is that he’s immortal, he can go through walls and he’s always coming after you.

6
Wallmaster
The Legend of Zelda: Ocarina of Time 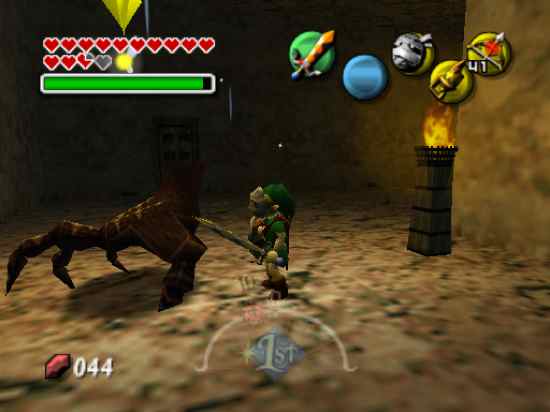 Every Zelda fan has memories of the shadow that grew around you when a Wallmaster was in the chamber. This infamous giant zombie-like hand caused anxiety when traveling through a seemingly safe dungeon room. Not only were they hard to defend against, but if you were caught by one you were transported to the beginning of the dungeon with a lot of damage lost 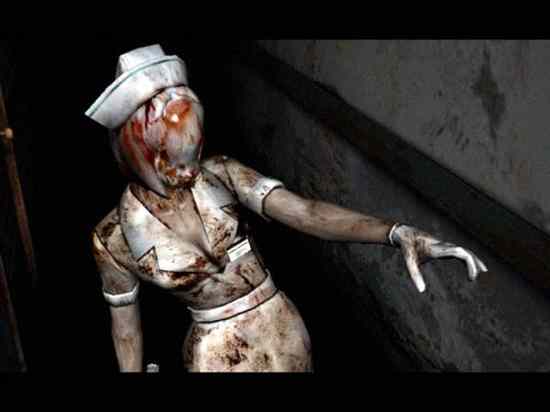 These are some of the most disturbing creatures to ever be rendered. Their faceless heads, scant clothing and affection for needles combine for a horrible monster with sexual undertones. If you try and run from them, you have to do it quietly. They are alerted by sound, and having a group of horrid faceless nurses running after you is not a likable circumstance.

4
The Gatherers
Amnesia: The Dark Descent 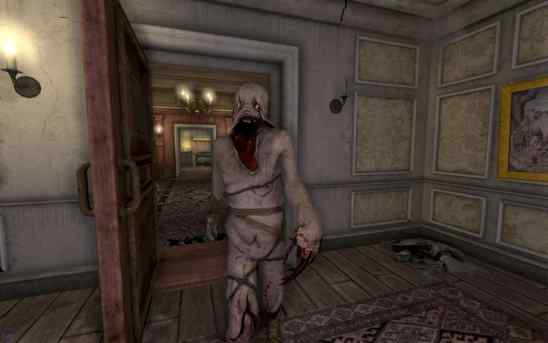 Amnesia drops you into a giant frightening 18th century manor with no memory of past events. What could make this situation more frightening you ask? A terrible group of monsters named “The Gatherers” are also present in the castle, and there’s no way to defend yourself. At first you only get glances of them, walking around corners and then disappearing. Later however, you are forced to run and hide as these monsters begin to appear abruptly and more often, even smashing through doors at some points. 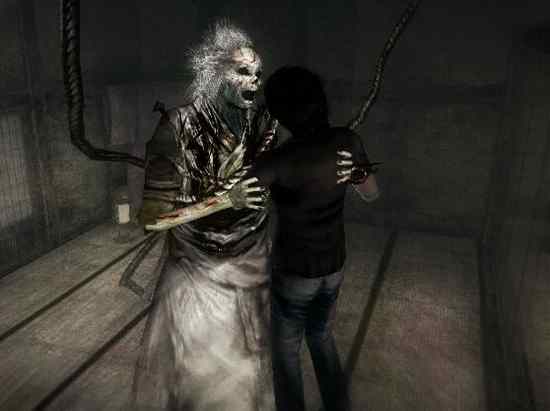 Fatal Frame II is the story of two teenage girls trapped in a haunted Japanese village. The Kusabi is the powerful ghost of a sacrifice victim, and it’s large and very horrifying- especially when you’re only defense is a camera. Even the camera doesn’t work on it when you first face it. If he touches you, which he’ll try to do immediately, you will die. You’re only hope is to run to the door as quickly as possible. 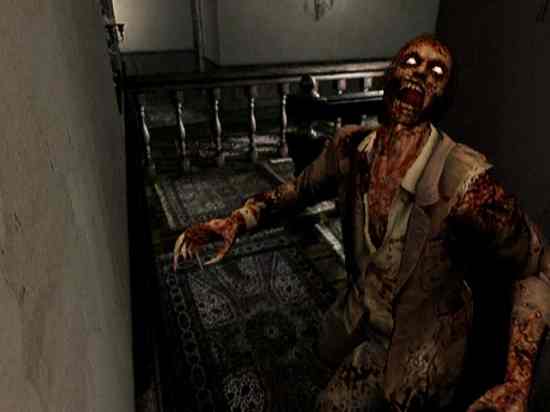 Crimson Heads are the scariest creatures in one of the most classic games of all time. If you happen to forget to set a zombie on fire after lighting it up, it will stand up, red with anger. And they take a ton of ammo to silence, which there isn’t a lot of in the mansion. What makes them special is their ability to break through doors, which was unique for the time. Usually a door meant safety, but not when a Crimson Head is around. 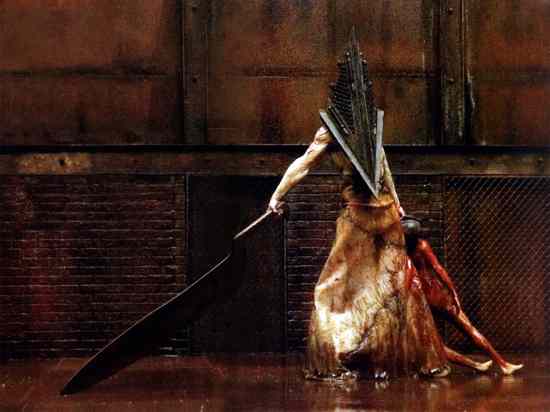 Pyramid Head is possibly the most horrifying character ever to have a cult following among gamers. A pale-skinned, zombie-like torturer in a leather apron and creepy helmet, Pyramid Head slowly stalks you throughout Silent Hill 2. Sometimes he’ll attack you directly, while other times you’ll narrowly avoid running into him as he torments some of the town’s other monsters. Sometimes he’ll just stand at the end of a hallway, staring impassively at you from under his impenetrable visor.