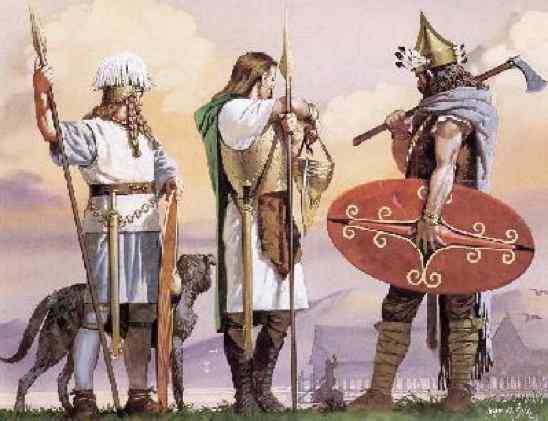 Celts had a large reputation as head hunters, and were famous for putting victim’s heads on their chariots, and in front of their homes. Many Celts fought completely naked (much to the surprise of their enemies) and are famous for their iron long sword: “They cut off the heads of enemies slain in battle and attach them to the necks of their horses. The blood-stained spoils they hand over to their attendants and striking up a paean and singing a song of victory; and they nail up these first fruits upon their houses, just as do those who lay low wild animals in certain kinds of hunting. They embalm in cedar oil the heads of the most distinguished enemies, and preserve them carefully in a chest, and display them with pride to strangers, saying that for this head one of their ancestors, or his father, or the man himself, refused the offer of a large sum of money. They say that some of them boast that they refused the weight of the head in gold[.]” 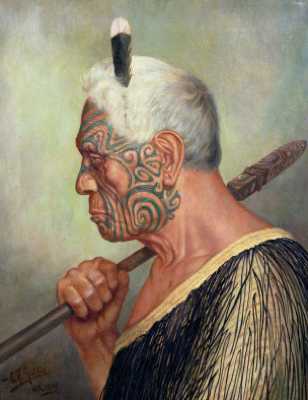 The Maori were the first settlers of New Zealand – arriving many centuries before Europeans. Their culture dates back to the early modern era. They had been known to practice cannibalism during warfare. In October, 1809, a European convict ship was attacked by a large group of Maori warriors, in revenge for the mistreatment of a chief’s son. The Maori killed most of the 66 people on board, and carried dead and alive victims off the boat and back to shore to be eaten. A few lucky survivors, who were able to find a hiding spot inside the mast of the boat, were horrified as they watched the Maori devour their shipmates through the night and in to the next morning. 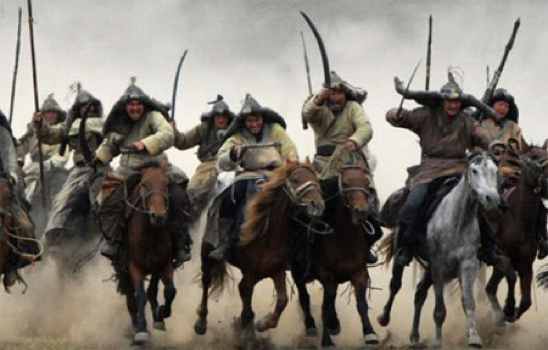 The Mongols were considered barbarians and savages. They dominated Europe and Asia and were most famous for riding on horseback, lead by one of the greatest military commanders in history, Genghis Khan. They were highly disciplined and masters with using the bow and arrow on horseback. They used a composite bow that could rip through armor, and were also pretty good with lances and scimitars. They were masters of psychological warfare and intimidation, and built the second largest empire ever, smaller only than the British Empire (But nothing’s scary about tea and crumpets). It all started when Temujin (who was later known as Genghis Khan), vowed in his youth to bring the world to his feet. He almost did. Then he set his sights on China, and the rest is history. From Vietnam to Hungary, the Mongol Empire is the largest contiguous empire in the history of mankind. 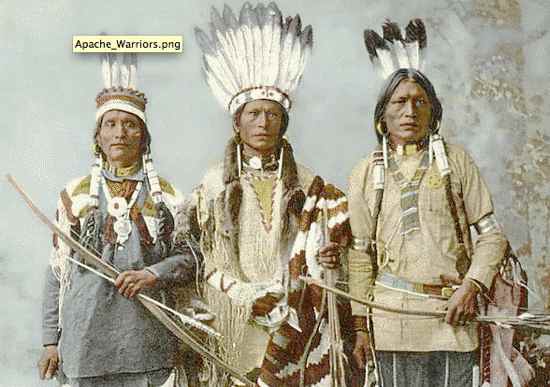 The Apaches were like the ninjas of America. They would sneak up behind you and slit your throat, without you even knowing. They used primitive weapons made mostly of wood and bone. They were also the greatest knife fighters the world has ever seen, and were pretty good with the tomahawk and throwing ax. They terrorized the southwest United States, and even the military had trouble beating them. They were great hit and run fighters, and their descendants teach modern day special forces how to fight in hand to hand combat. They usually scalped their victims. 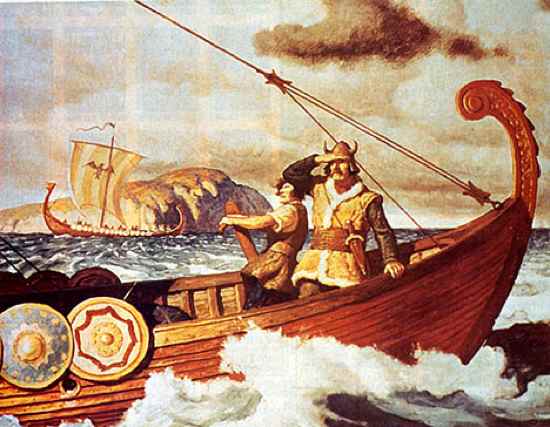 They terrorized Europe with their raids and pillaging (though not all of them, as we have previously read on Listverse). They were ferocious in battle and used weapons that suited their stature. They were big and mean and used their axes, swords and spears expertly in the conquering of cities. Even their religion was about war, and they believed that when you died in battle you fought, once again, in a never ending battle. They were all you would want in a soldier and proved it on the battlefield by destroying all in their paths. 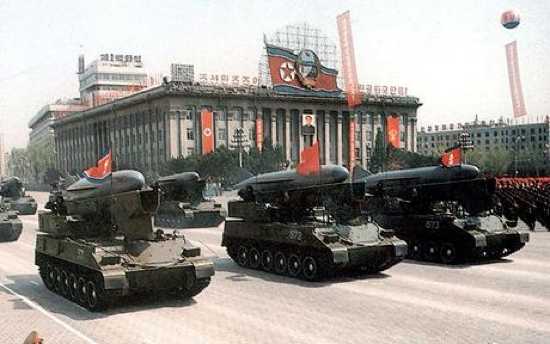 Those caught stealing food in the famine-struck nation, or attempting to cross the borders, are subject to public execution. Kim is continuing his lavish lifestyle and military obsession, in spite of the crumbling economy. In North Korea, he and his father are deified, considered saviors of the whole universe. 250,000 dissidents are confined to “re-education camps”. He has waged a war on South Korea that involved assassinating South Korean leaders and blowing up South Korean planes. He presents a great threat to the world in terms of nuclear warfare, having persuaded the Soviet Union to award him a nuclear reactor, in 1984. 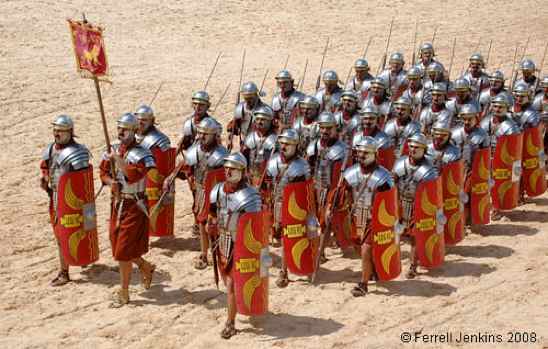 While Rome is possibly the greatest empire, you just can’t ignore some scariness. Criminals, slaves and others were forced to fight each other to the death in gladiatorial games. Some of the most evil men were Roman – Caligula, Nero and others. Christians were first, and horribly, targeted for persecution as a group, by the emperor Nero, in 64 AD. Some were torn apart by dogs, others burnt alive as human torches. At first they were ruled by divine kings, then they became a republic (perhaps their greatest period) before finally becoming an empire. How a group of farmers, who started off fending off wolves to protect their livestock, eventually became the greatest empire in all history is the stuff of legends. Coupled with an excellent military and administrative system, the Roman Empire, or rather ancient Rome, is also one of the longest-lasting. Counting from its founding to the fall of the Byzantine Empire, ancient Rome lasted for a whopping 2,214 years! 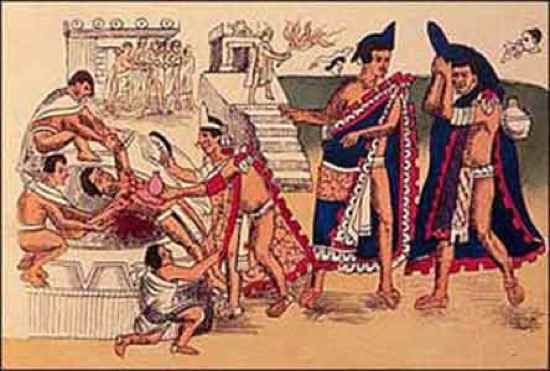 The Aztecs began their elaborate theocracy in the 1300s, and brought human sacrifice to a golden era. About 20,000 people were killed yearly to appease gods — especially the sun god, who needed daily “nourishment” of blood. Hearts of sacrifice victims were cut out, and some bodies were eaten ceremoniously. Other victims were drowned, beheaded, burned or dropped from heights. In a rite to the rain god, shrieking children were killed at several sites so that their tears might induce rain. In a rite to the maize goddess, a virgin danced for 24 hours, then was killed and skinned; her skin was worn by a priest in further dancing. One account says that at King Ahuitzotl’s coronation, 80,000 prisoners were butchered to please the gods. It is said that sometimes the victim would be cannibalized. 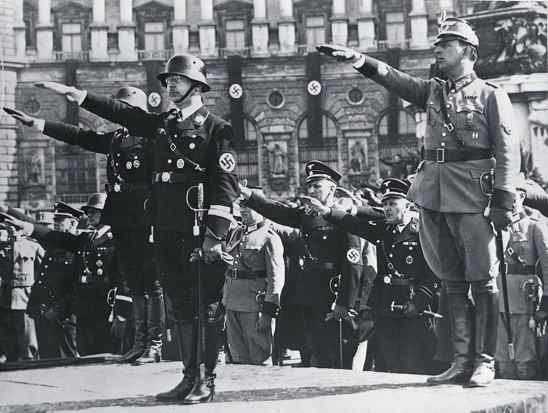 Although it was a very brief civilization, Nazi Germany was a superpower, and affected the world greatly. At least 4 million people were killed in the Holocaust (with some speculating it was closer to 11 million), and Nazi Germany started the worst war in human history – World War Two. The Nazi Swastika is probably the most hated symbol in the world. Nazi Germany owned about 268,829 square miles of land. Hitler was one of the most influential people ever – and his empire was, by far, one of the most terrifying. 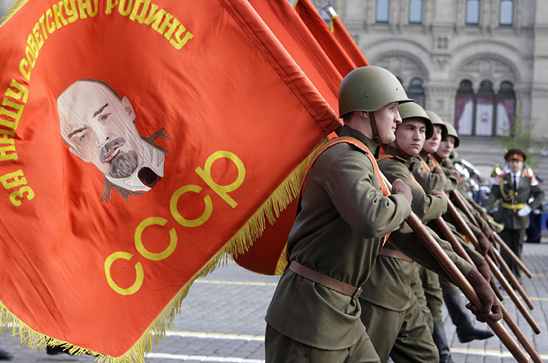 Communism is responsible for millions of deaths – more, even, than Nazi Germany in just the Soviet Union alone. Communists such as Josef Stalin, Mao Zedong, Pol Pot, Nicolae Ceausescu and others have killed millions of people. But The Soviet Union stands out as the worst. Stalin, alone, killed 10-60 million people. The Soviet Union was probably one of the U.S.A’s greatest foes. Living under Stalin put even the most average person into a state of constant fear – this, alone, makes the Soviet Union worse than Nazi Germany, in which the majority of Germans felt a certain level of safety as long as they supported the Nazi concept.