Gym class can be both a beautiful and dreadful thing: beautiful in its celebration of health, competition and physical fitness, dreadful in its Darwinian grading system, embarrassing requirements (come on, even real gym locker rooms are outfitted with private shower stalls), and failure to inform you correctly. Yes, gym class is prone to frequent misinformation, such as the fact it’s okay for a real teacher to be hungover on the job, or that a majority of the sports, games and activities that are played in gym class don’t really have a place outside of grade school. At least in any conventional sense.

For instance, there is no jump rope league, and the closest thing to lacrosse having a place in our day-today lives is using a pooper scooper to pick up some dog crap, followed by a wrist-guided flick into a trash bag. Sure there are informal organizations and such but there are only a handful of major sports that are given any serious or passionate consideration, and they are so for being national past times. Here we’ll take a look at some past times that never end up being carried into the present, the top ten activities that don’t REALLY exist outside of gym class: 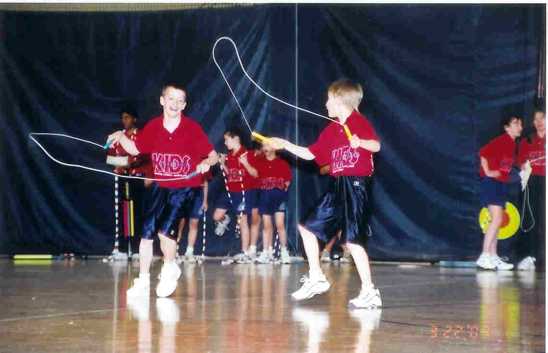 There’s no knocking that jumping rope is great cardio, and there’s always those champions at the gym who like to exhibit this fact, as if we don’t immediately think of “double dutch” and hot pink nylon chords with frilly handles, at the prospect of “jumping rope.” It is, after all, the activity of choice for little girls. Good thing, though, they do make them in baby boy blue. Gender equality indeed. 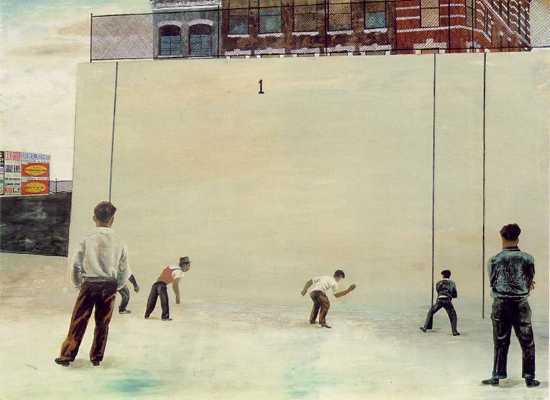 AKA “gatorball,” “Z-Ball,” etc. This game went by many names, depending on your gym teacher, which shows the games lack of universality. Handball, was essentially soccer, but with the ability to kick the the ball up into your own hands, or someone else’s, and pass the ball around as if basketball rules applied. It was fun at the time, but dangerous indoors, what with the ability to kick the ball directly into the girl with glasses in the bleachers. It probably didn’t catch on in any grander sense because the game is so unoriginal, kind of a hodge-podge of already-established sports (including dodgeball). 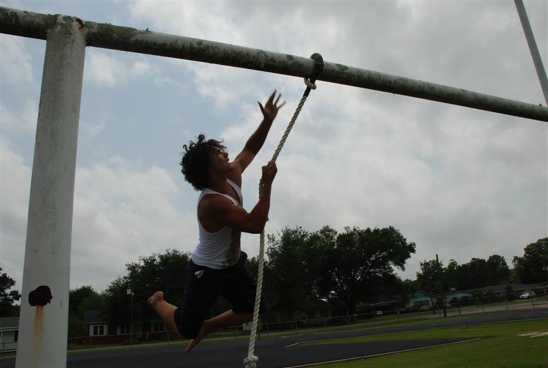 The real only other place an obstacle course applies is military boot camp (which gym class felt the need to prepare timid middle schoolers for). There was the infamous rope climb, which always beckoned the temptation of swinging from the rope like Tarzan before the gym teacher turned purple with anger. There was that box where you would stretch to see how far you could push the knob, a flexibility test. There was the pull up bar that separated the scrawny boys from the puberty-ready men. And there was the step box. Come to think of it, there was a lot of weird little doodads that seemed to have no other purpose but to “size you up for the pick’n’s.” These don’t exist anywhere else (except for the pull-up bar), but they might prove more showing if they did, say for people old enough to make health a priority. Otherwise, it was the worst week of gym class, just after the scoliosis screenings. 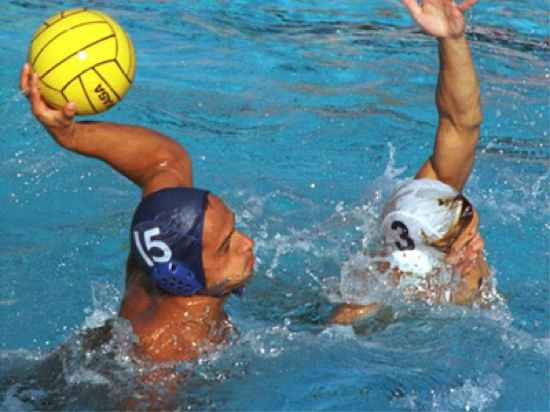 Think regular polo, except with a volleyball and an open palm instead of a golf club, and with a drowned horse and you have a gratuitous definition of Water Polo. A better definition would be swimming meets handball, handball, again, being soccer meets hands. This game is very rigorous, and requires a level of fitness and lung capacity that can only exist in high school. As such, the game has its place mostly in extra-curriculars (apparently this was where the line was drawn at which grading on ability become cruel). 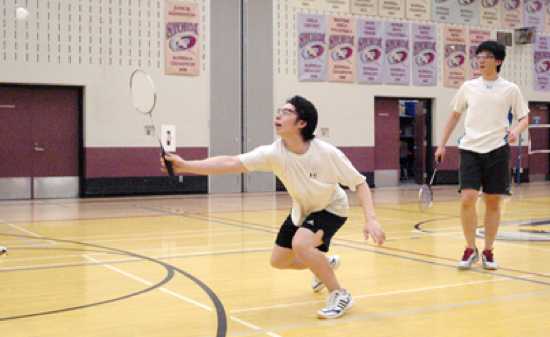 While it’s not fair to say this game doesn’t exist outside of gym class, its only other apparent refuge is in a yuppie’s backyard lawn, or at a company barbecue. It is a whole lot of fun to play, largely in how it defies gravity and makes a plummeting object a little less threatening. Definitely more fun to play than watch (likely why it’s never televised). 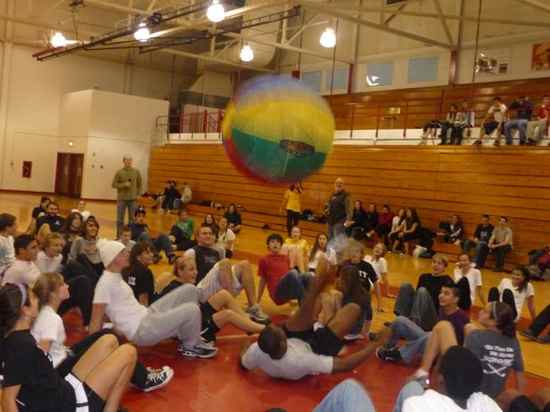 Just like it sounds, this game required you to take an obscene, Exorcist-inspired position and carry on an otherwise regular game of soccer. As if soccer needed another way to make scoring impossible (what with tallies that rarely exceed a third). It was a blast though, and was at least as much fun to watch as it was to play. 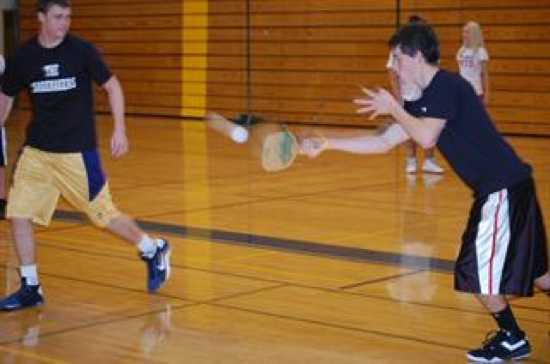 Essentially, this was table tennis on a large scale. The components were a plastic paddle, a wiffle ball and a low net. This was a way to take a game room staple and make it somewhat athletic, though it should be obvious why it hasn’t come to replace actual tennis. Partly for the fact that plastic on plastic offers little trajectory. Next we’ll see large scale fooseball, with huge plastic spinny-dudes and actual soccer goals. 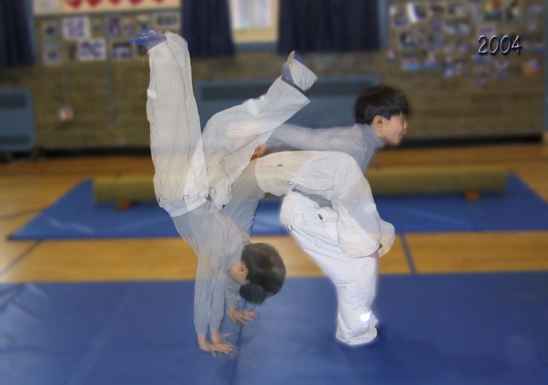 This is what gym teachers called “Gymnastics for Men.” Here gender norm-defying boys would “tumble,” do handstands, cartwheels and a bunch of other things that would be the juiciest insult bait, if it weren’t for the fact that EVERYONE was required to participate. Only good aspect: leotards weren’t mandatory. While it may have its place, as men very much participate in Olympic gymnastic competitions, there aren’t very many recreational clubs catering to this activity, partly for its lack of team-orientedness. 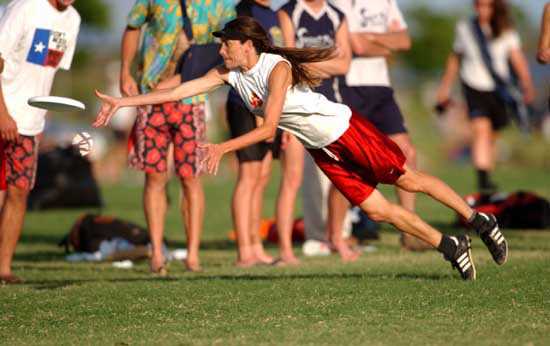 Good news: Football has been officially made accessible for stoners, otherwise unmotivated by competition. Ultimate frisbee is, after all, really just Football with a disc, a disk that’s a whole helluva lot easier to catch than a ball (you know, that thing that’s scary when it decides to come right to you). A frisbee at least hovers passively before landing safely in some outstretched arms. Not surprisingly, this “sport” can’t seem to find a place further than college campuses. Now maybe if it had a better work ethic… 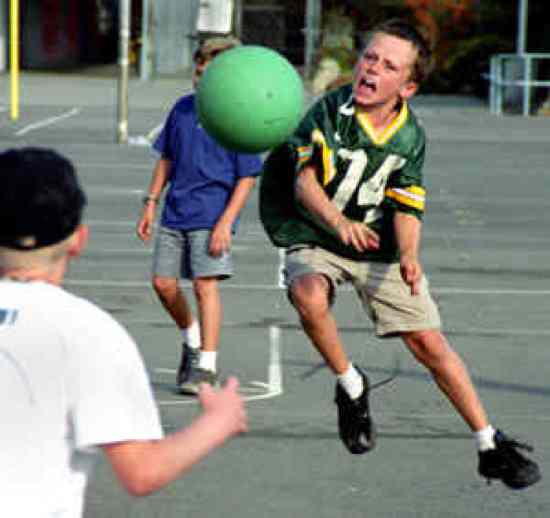 AKA “Find-and-Eliminate Fatty.” This game is the rawest form of determining who in a select group is fit to survive and procreate (all those genital shots help decide this as well). The game requires coordination, reflexes, and other things that a computer game can’t teach. When a gym teacher allows this game to go on, all rules of a fair and decent society quickly disappear to be replaced by basics instincts of the lowest, id-guided order. Now imagine if, instead of job interviews, a game of dodgeball took its place; there’d be no chance of success in this world for the weak. Also, the world would be a very beautiful and largely unintelligent place.