Seeing as the first list caused a stir regarding people’s favorites, and ones I admittedly overlooked. This list will be mainly based upon what people have said are “Glaring Omissions” and some more favorites I completely forgot about, until reading through some comments. For these reasons alone, here are another ten British comedy series.

A show I did not really enjoy during its run on the BBC, but have now come to somewhat respect. The show follows Eddy and Patsy who are rude, vulgar and immature. Eddy also has a daughter, Saffron, who appears to be the most mature out of the three. One moment that I found hilarious was when Eddy and Patsy were driving to the supermarket, and cut off a woman. The woman, clearly irritated, pips her horn, hilarity ensues when the pair exit their car and start abusing the poor woman. The show has gathered quite a following, and is now a great example of British humor.

Extras is a television series following the life of Andy Millman and his desire to become an actor. The closest he has come to achieving his dream is becoming a film extra. The show not only boasts a roster of celebrities including; Ben Stiller, Ross Kemp, Robert De Niro, Kate Winslet and Samuel L. Jackson, but my favorite guest star is Les Dennis, who has a revelation about his life during a pantomime version of Aladdin, which he starred in alongside Andy. I recommend this program to those who have seen The Office and thoroughly enjoy it, and for those who didn’t like The Office you will probably still enjoy this fantastic piece of comedy, the guest stars always make the show and never hold back on the laughs.

I am quite ashamed at myself for not even considering Porridge for my first list. It completely slipped my mind until someone posted in the comments about it. Porridge tells the story of Norman Stanley Fletcher, a “Habitual Criminal” who is sent to the prison HMP Slade. Ronnie Barker, who plays Norman Stanley Fletcher, is superb in his portrayal, this raises no questions, but I think Richard Beckinsale’s portrayal of Lennie Godber is brilliant. My favorite scene has to be the missing pineapple chunks, it cracks me up every time. 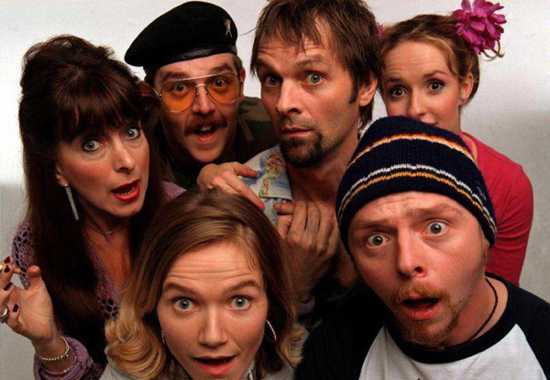 Simon Pegg has an act for writing genuine comedy. Not as funny as the film he wrote, Shaun of the dead, but still a very funny situation comedy. Tim Bisley and Daisy Steiner are two very different people with aspiring dreams. Tim’s dream is to become a comic book artist and Daisy’s is to become a writer. The two agree terms to rent a flat together pretending to be a couple. Only two series of the show were made which is bitterly disappointing, there is so much unique comedy in these two series, though. An absolutely outstanding moment for me is when Tim (After playing Resident Evil for too long) sees the whole world as a zombie apocalypse. This scene inspired Shaun of the dead. 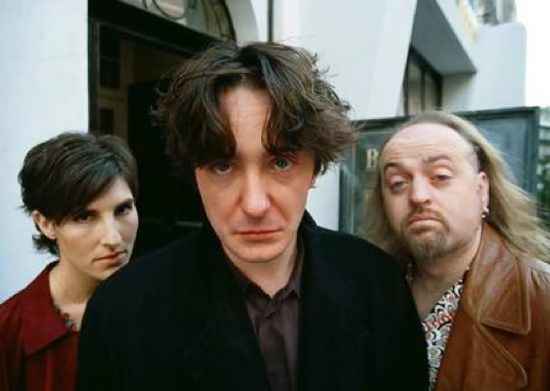 Black Books is a book store in London run by Bernard Black; a pessimistic, drunken, chain smoker who doesn’t have a heart, just a piece of flint. Manny is his slow, yet kind hearted assistant in the book shop. Often being bullied mercilessly by Bernard. The show was praised for its situation comedy and has won two BAFTAs for best situation comedy. The stand out episode for me is when Manny leaves Bernard, to work in Goliath Books. Simon Pegg has me in stitches as his portrayal of an uptight boss, especially when he puts the cigarette out on his hand. Possibly the funniest line in British comedy is when Bernard states “I feel like I’ve been beaten up underwater”

I use to watch Steptoe with my dad on Gold every night, but I haven’t seen it for some time now, which I know is a shame. Steptoe is a vile, disgusting, cold hearted man. His son, Harold, wants to leave his father and move up in the world of business, instead of selling junk (Or antiques) My favorite episode, and one that has really stuck with me, is “The Bath” in which Steptoe decides to have a bath, doesn’t sound like much but it’s bloody funny.

An absolutely bizarre program, but albeit one of the funniest. Jeremy Dyson, Steve Pemberton, Mark Gatiss and Reece Shearsmith are, in my opinion, much like the lads behind Monty Python, the ability to complete throw the viewer off guard, and the variety of characters. The first time I saw Mr. Chinnery, not only was I completely shocked that he blew a turtle apart, I was in hysterics when asking the elderly lady “Was he very old?” My favorite character has to be Papa Lazarou though, to think this creature was based on a real person is not only frightening but brilliant, even though he only appeared in two episodes, a Christmas special and a film, he was brilliant and worthy of being on any comedy list.

Technically a panel show, but it is so ingenious it deserves its place on this list, and this position. Stephen Fry hosts this delightfully witty panel show, with Alan Davis as the permanent contestant, along with three guest contestants. I adore this program, and try to watch it every night, not only because it is very funny but it’s nice to learn something unexpected. My favorite episode has to be “Death” It can be found on the internet quite easily.
Also, contrary to what people think, Stephen Fry’s knowledge isn’t just what is on the cards. 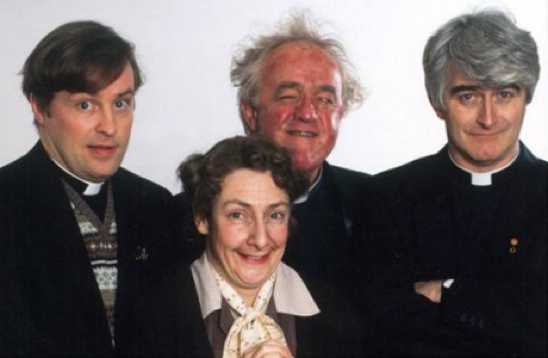 Following three priests who live in a parish on Craggy Island; Father Ted, Father Dougal and Father Jack, and their housekeeper Mrs. Doyle. The show is now a cult classic and two islands have even had a game of football to decide who can be the rightful owner to the name of Craggy Island. My favorite episode is “Entertaining Father Stone” the painting of Father Ted is the funniest thing I’ve ever seen. A close second would have to “A song for Europe” which if you’ve seen, you’ll know Father Ted and Father Dougal’s writing sessions are magic to watch.

I’m a newcomer to this show and only started watching it after it was mentioned on the first list, what have I been missing? I’m already addicted to the loathsome, yet lovable radio presenter. Picking an episode as a favorite is extremely difficult, seeing as each episode has segments of genius, so I think I’ll end this list in the great words of Alan himself. “Back of the net”