As cutting-edge technology explores the world of DNA, it is becoming clear that genes are not just for hereditary traits. They react and change to outside stimulation, and emotional trauma scars them.

Stolen genes can even hurry along evolution. In recent times, first-of-their-kind studies have unearthed bad news for education and pets as well as groundbreaking success for previously untreatable diseases. 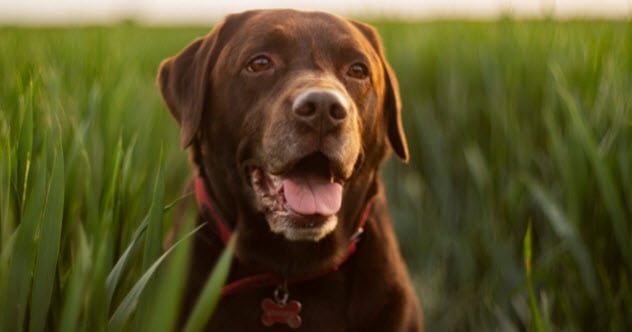 Labradors remain one of the most popular breeds. After the black and yellow dogs, chocolate Labradors are the most sought-after. However, the demand for the dogs could be killing them.

Their beautiful brown coats are the result of recessive genes. This means that both parents must have the recessive chocolate gene to produce a chocolate litter. As a result, the gene pool is drying up.

In 2018, a massive veterinary study in the United Kingdom gauged the health of all kinds of Labradors. The results found that the brown variety died sooner. On average, non-chocolate Labradors lived almost 15 months longer to a ripe old age of 12.1 years.

The unique study also determined that the shrinking chocolate genes were more prone to serious diseases. Breeding for this attractive color appeared to have concentrated genes with a higher risk for ear and skin diseases. These can be added to the genetic problems all Labradors are prone to, including overeating and joint conditions.[1]

As only a fraction of the world’s chocolate Labradors were analyzed, there is a chance that the number of dogs with serious issues is even higher. 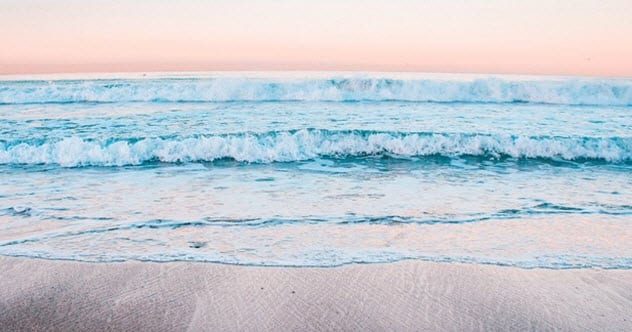 In 2018, scientists analyzed seawater off the coast of Massachusetts. What they discovered added a scary chapter to the book on viruses. The samples revealed an unknown family of viruses that could not be detected through normal scientific means.

They belonged to the little-understood group of tailless viruses. (Most others have double-stranded DNA, or “tails.”) Disturbingly, analysis showed that the new family, called Autolykiviridae, dominated the ocean.

When their unusual DNA was compared to samples in a gene bank, there was a startling match. Autolykiviridae, which turned out to be a ferocious predator of bacteria, was not just in the sea but also in the human stomach. Why this virus hangs around inside people remains a mystery.[2]

Autolykiviridae does patch things up a little when it comes to the vastly incomplete history of virus evolution. Ironically, they appear to link back to an ancient viral branch with a specific protein shell that prevented them from infecting bacteria. 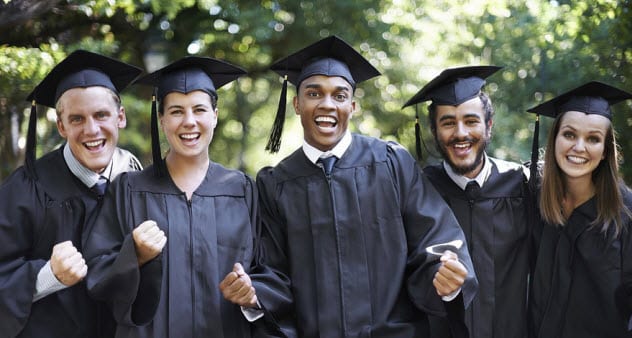 A long-standing belief stated that gifted people would excel in their talents no matter their financial background. So-called “smart genes” were thought to give such individuals an edge in education. However, a new study revealed that genes came in second to wealth.

Researchers analyzed the DNA, education level, and success of thousands of people. Disturbingly, it showed that rich parents, not genius, gave offspring a better chance of being successful in life.

Scientists identified those with high genetic potential and found that among the group born into low-income households, only about 24 percent graduated from college. In stark contrast, 63 percent of gifted students with wealthy parents graduated.

Then researchers looked at study subjects with low genetic scores. Those with high-income parents graduated at around 27 percent, trumping the most talented group from a low-income background.[3]

The link between genetics and economics remains a patchy science, but this study is worrying. In a nutshell, it highlights the wasted potential—not because of genes (both groups had similar genetic data) but because brilliant people fall through the cracks of fewer financial opportunities. 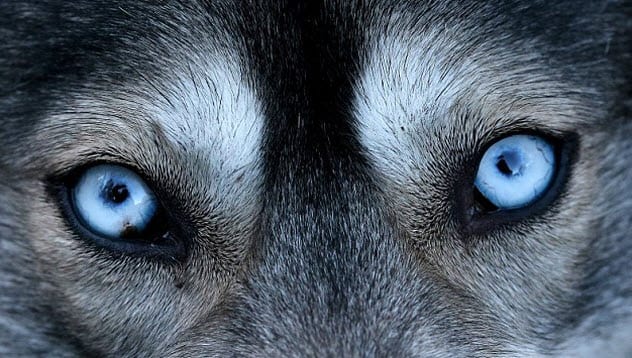 In 2018, researchers turned their attention to a vast genetic database. It had been gathered by a company that used dog saliva to provide owners with ancestry reports of their pets.

The team combed through the genetic profiles to learn more about canine genetics—in particular, why dogs like Siberian huskies have blue eyes. Over 6,000 dogs and 200,000 genetic markers were compared.

Mostly, things remained random enough to be unremarkable. Before long, however, certain dogs started lining up in the same region on chromosome 18. They were the canines with the blue blinkers.[4]

Investigators zoomed in on this patch to search for mutations that might solve the whole thing. They found something never before witnessed in genetics. Near the normal gene responsible for eye development in mammals was another called ALX4. The latter had somehow duplicated itself, and this quirk is responsible for the breathtaking husky gaze. This unknown mutation does not cause blue eyes in humans or any other known species. 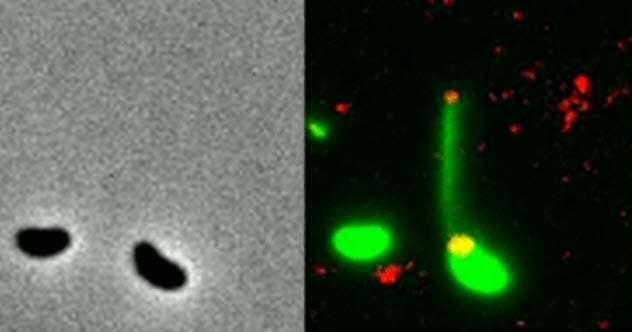 Bacteria are survivors that are not above stealing foreign DNA to adapt to a new environment. Scientists have always known about this remarkable ability, which is called “horizontal gene transfer.”

Though the process has never been witnessed, it was accepted that the organisms used whiplike arms called pili to snatch stray DNA. The reason why the maneuver remained undetected was the pili’s minuscule size—less than 0.01 percent of the width of a human hair.

The answer was fluorescent dye. In 2018, a cholera bacterium and bits of DNA were dyed and observed under a microscope. In a remarkable video recording, the predatory behavior was captured for the first time.

The glowing bacterium, somehow sensing a nearby bit of DNA, whipped out a pili. The aim was a little shaky. However, the bacterium captured the genetic snack and consumed it. The pili directly stuffed the DNA into the bacterium to quicken its own evolution.[5]

There is a reason why scientists want to find out as much as possible about horizontal gene transfer. In the future, it could help to combat antibiotic-resistant bacteria. 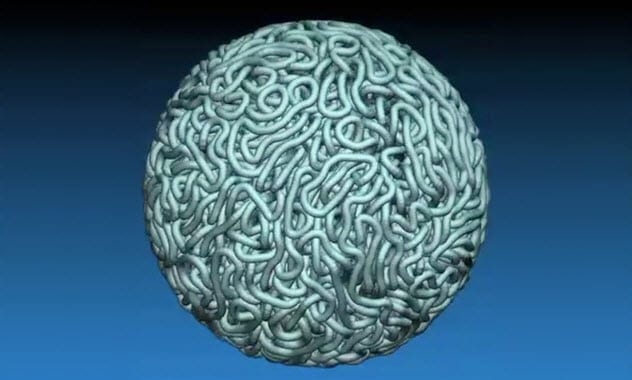 Inside the nucleus of a cell, the functional DNA is called chromatin, which resemble beads on a string. Previous studies detected movement from chromatin. But they could not answer how this was possible, let alone why it happened.

In 2018, researchers ran simulations to solve the mystery. Incredibly, the work revealed that the slight motion detected in the past resembled a choreographed line dance. It would appear as if the cell nucleus decides that everything must move, after which the chromatin shimmies into the desired direction.

To move, the “beads” on the chromatin expand and contract, which is felt by neighboring strings through fluid inside the nucleus. This causes them to align in the same direction and finally initiates a flow of genetic material waltzing to where it is wanted.[6]

The purpose behind the migrating DNA remains unknown. But researchers suspect that it could have something to do with how genes work, transform, and replicate. 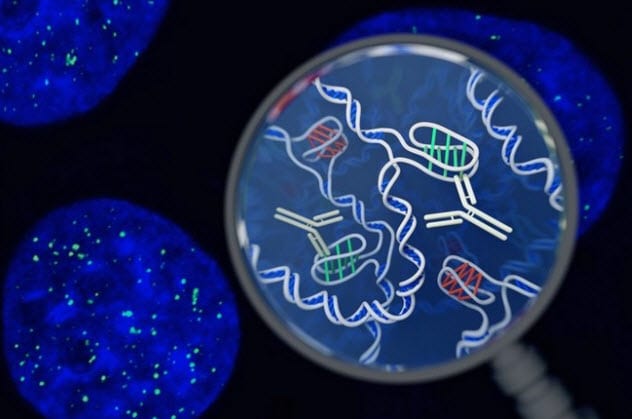 In the world of genetics, the double helix is perhaps the most famous image. In 2018, however, researchers were shocked to find that human DNA could twist into another shape.

As opposed to the gentle corkscrew of the double helix, the new guy resembled a twisted knot and is far more complex. In scientific lingo, it is referred to as the intercalated motif (i-motif) structure. Its existence had already been suspected from laboratory tests, but this was the first time that these structures had appeared in living cells.

Researchers developed a fluorescent antibody that lit up the structures. When viewed for the first time, the knots behaved strangely. They blinked. This proved that the i-motifs actively grew, dissolved, and then formed again.

When and where they appeared offered important clues to what the knots do. They bloomed in older cells when the latter’s DNA is “read” for functional information. Additionally, the i-motifs preferred regions where genes are activated or switched off.[7]

All this suggested that the knots play a part in whether genes are read or not. If so, this DNA shape is critical to healthy cells and abnormal knots may result in disease. 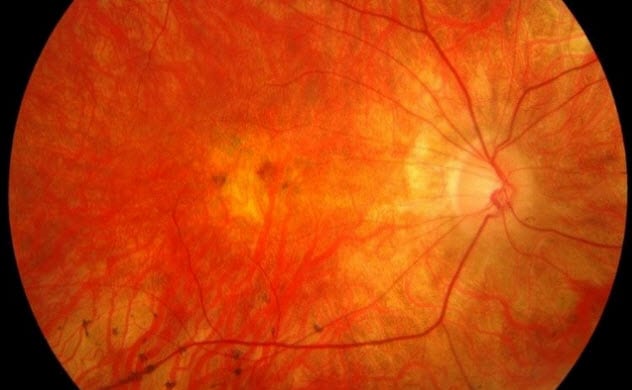 A great breakthrough in gene therapy was announced in 2018. It involved a simple injection to treat choroideremia, a spectrum of eye diseases and the most common cause behind untreatable blindness.

The pioneering technique was tested on 14 patients suffering from this condition, which is genetic and often inherited. The therapy hinged on a virus containing a missing gene which was delivered to the back of the eye with an injection. This procedure was designed to affect the nerve cells in the retina.

Among the patients, 12 had no side effects from the gene correction. Incredibly, their sight stopped deteriorating and, in some, improved significantly. More importantly, after five years, nobody showed signs of any returning blindness.[8]

Without this therapy, most of the test subjects would have lost their vision over time. The success of the world’s first gene therapy trial for blindness paves the way to treat other diseases in the same way. 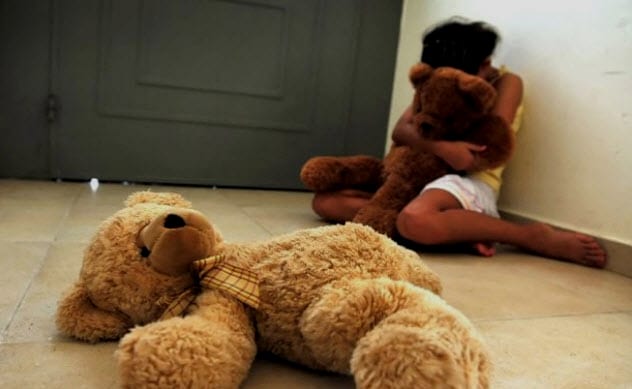 The court system may soon have another way to confirm child sex abuse. A study in 2018 found that such childhood trauma could leave molecular scars on the victim’s DNA.

The test subjects were all men, including individuals who had suffered abuse as children. In genetics, methylation is a process that already gives police an age estimate of somebody who left DNA behind on a crime scene. It also acts as a dimming tool, affecting to what extent a gene is activated.

When compared, the victims’ methylation showed a distinct difference from the men who experienced safe childhoods. The victims showed dimming in eight DNA regions with as much as 29 percent in one area.

This is good news for those who were abused but not believed. In the future, this altered methylation signature may be admissible in court as evidence that trauma did take place. The signature was found in the men’s sperm, raising questions for future studies about whether child abuse could carry a genetic scar to the next generation.[9] 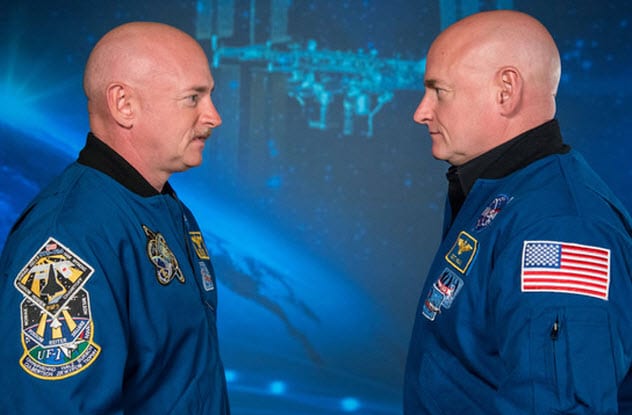 Scott and Mark Kelly are NASA’s only set of identical twin astronauts. This made them valuable as test subjects—in particular, to see how space affected the human body.

Scott was sent into space for a year while his brother remained on Earth. When Scott returned in 2016, the twins were no longer so identical. Scott was taller, lighter, and possessed different gut bacteria. Weird things had happened to his genes.

In 2018, NASA released a statement about their preliminary findings. It appeared that the rigors of space travel activated countless “space genes.” Most reverted to normal on Earth, but some did not.

Among the physical processes changed were Scott’s vision, bone formation, and immune system. The genes linked to oxygen deprivation and DNA repair also seemed to have changed for good.

NASA wants the exact biology behind why almost 7 percent of Scott’s gene expression did not revert to normal after years back on Earth. The information could allow for safer long-term missions. Over 200 scientists are now crunching the numbers to study the Kelly brothers for answers.[10]

Read more about amazing genetic discoveries on 10 Remarkable Discoveries That Came From Ancient DNA and 10 Incredible Things Scientists Did With DNA For The First Time.