Dracula has been adapted into a film numerous times. Some were bad, some were great, and some were clearly memorable. Count Dracula, inspired by Vlad The Impaler, is possibly the first ever Vampire portrayed as a bloodsucking, shape-shifting and immortal being. Dracula has not only been played well, and memorably, over the years, but the films themselves were classic films of the horror genre. 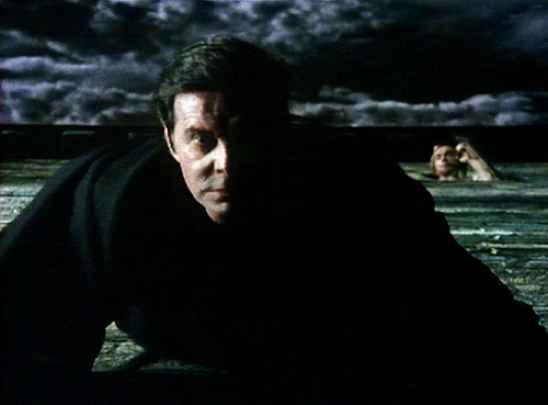 This tale of Dracula has been forgotten by most, but it happens to be a very faithful adaption of the beloved book. Fans of the novel will definitely enjoy this, but as a moviegoer you will be disappointed at how amateurishly filmed it was. And also, the sets were plain and boring, but being a television film, of course, the budget was low. Louis Jordan is a great actor, but he was not suited for this role, as he seemed abridged from Dracula’s disturbing side. The film itself is definitely worth a watch, still keeping that eerie atmosphere that should stick with any Dracula film. 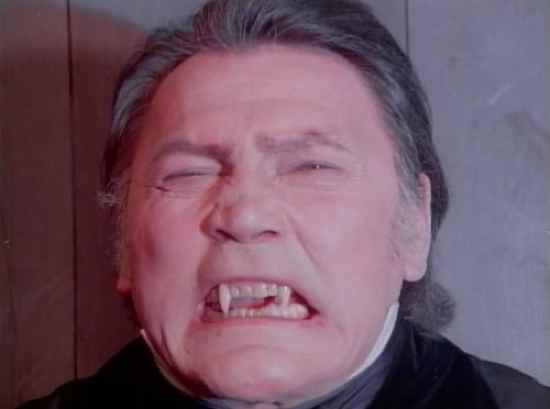 Another Dracula film that has been forgotten by most, but overall it was a pretty good Dracula film, seeing as the actors played their parts fantastically. Jack Palance did not look as creepy as I hoped, but he definitely played Dracula well. His silently disturbed attitude saved the role, and Murray Brown, who played Jonathan Harker, was amazing. Though this film was not the most faithful to the novel, it’s definitely a worthy adaption. 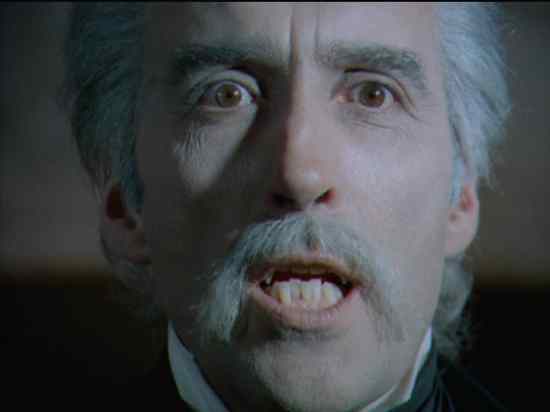 Another take on Dracula by an older Christopher Lee. The age switch of Dracula was first portrayed in this, with Christopher Lee looking older in the beginning, but reverting into a younger form once arriving in Jonathan Harker’s home town. This was, indeed, a very faithful adaption of the Dracula novel, perhaps the most creepy Dracula of all time, especially with Klaus Kinski’s silent role as Renfield, who’s actions depicted are so disturbing, you did not need to hear the man speak for a powerful portrayal. Christopher Lee plays a scarier Dracula in this film than he did in his first attempt, and he also improves on his acting skills. 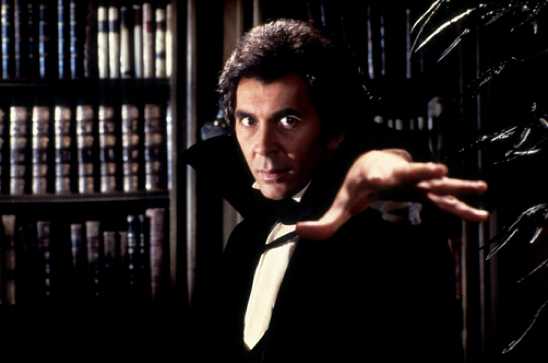 For his age, Frank Langella was called the most sexy & good looking of all Count Dracula portrayals. Not only that, his voice was beautifully seductive, making his presence disturbing, which is exactly how Dracula should be. The funny thing is, the girl characters seem to be more attracted to him than scared. But, of course, in this version, Mina Harker is in love with Dracula, with many more changes from the novel included. The latter may have caused disappointment to many, but this Dracula adaption is entertaining nonetheless. 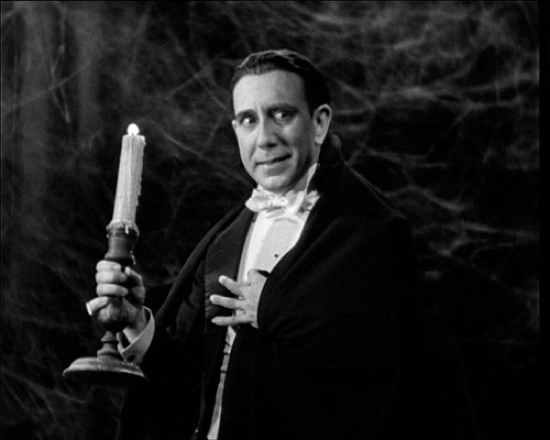 This Italian version of Dracula was not seen by too many people, as it was, disappointingly, released in the same year as the American’s famous version. Many critics say this is an improvement over BÃ©la Lugosi’s American version, because it was more faithful to the novel, and with better portrayals, too. The sets were quite similar in both versions, but the costumes were not, as the women wore more revealing clothing, making Dracula’s wives more sexually appealing, rather than the brainless zombies that were included in the American version. Carlos Villarias, who intentionally looked similar to BÃ©la Lugosi’s Dracula, was criticized for being more silly in appearance, especially with his humorous facial expression, and his non terrifying seductive attitude, also. But other actors in the film, mostly Renfield’s portrayal, were praised as better than the American version’s acted roles, as the Italian actors performances seemed more over the top and less limited, as the American version was. The cinematography and special effects were also praised over the American version, because this portrayal was unorthodox, and it suited the film really well. Overall, the cult audience will say the American Dracula is the best and most memorable, but the critics who actually watched the Italian film would say the foreign Dracula was better, technically. 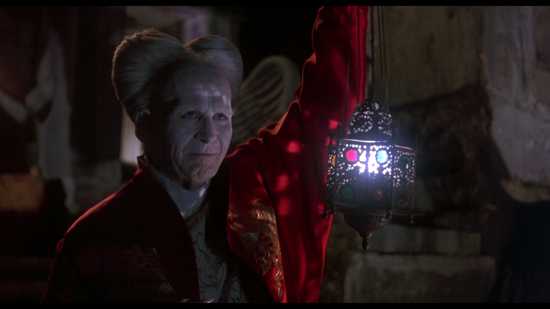 What made this version so good was that it went all out with the Dracula book. The scenes were realistically disturbing, as there was plenty of nudity and gore, which captured the novel’s spirit. Gary Oldman was perfect as Dracula, as he was everything Dracula should be, scary, disturbing, sexually seductive, an age switcher and, most of all, unpredictable. Not only that, but they had Anthony Hopkins, Cary Elwes, and Winona Ryder, who really shone in their roles, too. It may have had it’s flaws, but there was one thing that really caused this to be a downer to most… Keanu Reeves being cast as Jonathan Harker… if that does not sound bad enough… he has to fake a British accent. 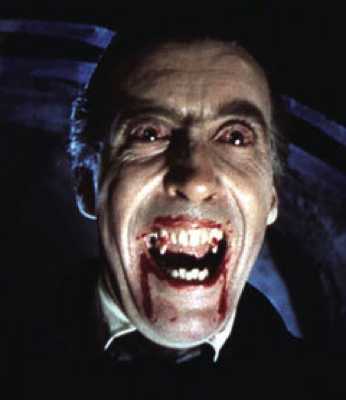 The most seductive of all Dracula actors, Christopher Lee’s appearance really makes this film worth it. But there were so many other qualities in the movie that made this version one of the greatest adaptions. There was little to no gore in the film, losing a lot of disturbing elements, but the film, overall, was scary enough, using an eerie atmosphere and talented actors to it’s full advantage. Overall, being an aristocrat has never seemed more sexy, as Christopher Lee gained super stardom from his impressive performance. 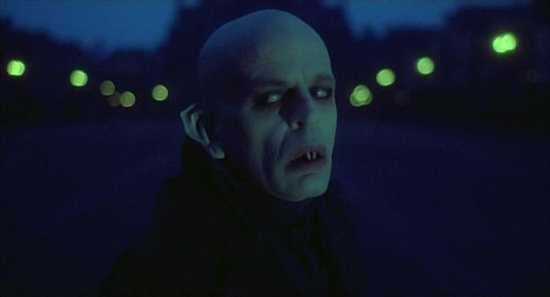 By Werner Herzog, who knows how to make films very disturbing, and I mean VERY disturbing. It is proven here, as Herzog creates the most disturbing, not to forget the most scary, Dracula film of all time. His direction was excellent, and it stuck more to Nosferatu, 1922, than it did to the novel. Klaus Kinski really delivers a great & intense performance, much more realistic than anything we have seen from any Dracula movies before. The film does not capture any of the seductiveness which made the novel famous, but, for this picture that’s not the point at all. Dracula is more pathetic and sad here, he never smiles strangely, and he craves for blood desperately. Being more of a remake of the original Nosferatu than an adaption to the Dracula book, the names have not changed from the book, surprisingly, despite eliminating most of the novel’s characters. 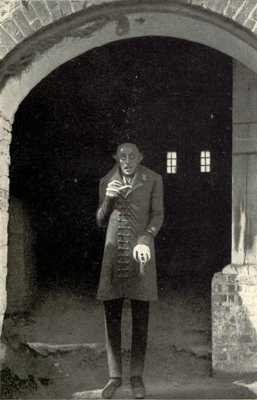 For it’s time, this was just very chilling. Nobody was expecting a Dracula adaption this soon, so a film based on the book, aside from major differences, was just enthralling. The film kept the key characters and the plot, but Max Schreck’s portrayal gave such a different style to Dracula, as he became more demonic than humanistic. To look at him as Count Orlok, even now, is a bit scary. The production went through incredible lengths to get this completed, I’m not referring to the film Shadow of the Vampire, if that’s what you think. Overall, this particular film immediately became a classic for being truly scary in the 1920s, and yet, is still creepy to a modern day audience. 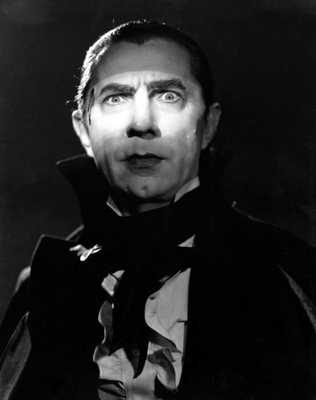 Whether he’s your favorite Dracula or not, Lugosi is the iconic image that pops into everybody’s head when anybody mentions Dracula. Mostly because this was the first, official, Dracula film ever made. The film itself was excellent, very scary for it’s time, but that seemed to age. Aside from that, the atmosphere seemed brilliantly dark, at least for the 30s. Lugosi’s presence on screen was very powerful and mesmerizing. Not only that, Lugosi’s acting was amazing, he made the movie what it was and is. Without him, I don’t think this film would have been as successful….. unless they cast Lon Chaney. Jr or Boris Karloff of course…