Hitchcock, Capra, Welles—some of Hollywood’s greatest filmmakers have released lapses of logic that are larger than life. Even the basic premise for the movie often called the greatest of all time is based on a narrative failure. 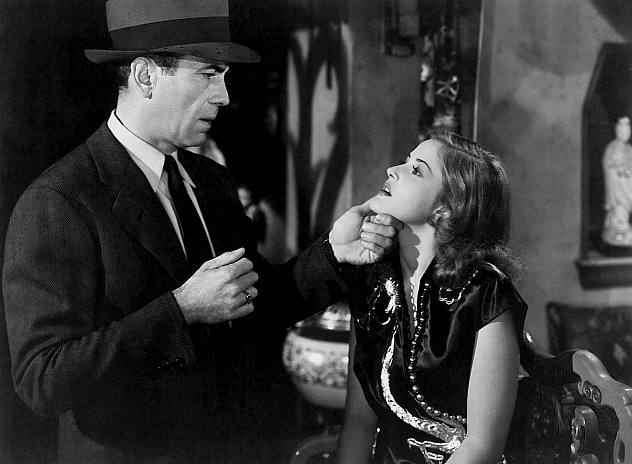 Things got a little confused on the set of Howard Hawks’ The Big Sleep. The picture, based on the classic novel by Raymond Chandler, rivals The Maltese Falcon for the title of all-time classic detective flick. The plot kicks in when gumshoe Philip Marlowe is hired by a widower to look into some gambling debts attributed to one of his two reckless daughters. That’s when the intrigue and bodies begin to pile up.

Murders and murderers got so shuffled around due to considerations of censorship and love interests that the cast and crew didn’t always know who had killed whom—they ended up with one extra body they couldn’t reconcile. Director Hawks even sent a wireless to the novel’s author, Raymond Chandler, asking once and for all who killed chauffeur Owen Taylor. Chandler’s smug, anti-Hollywood reply? “Oh, I don’t know.” And neither does anyone else. 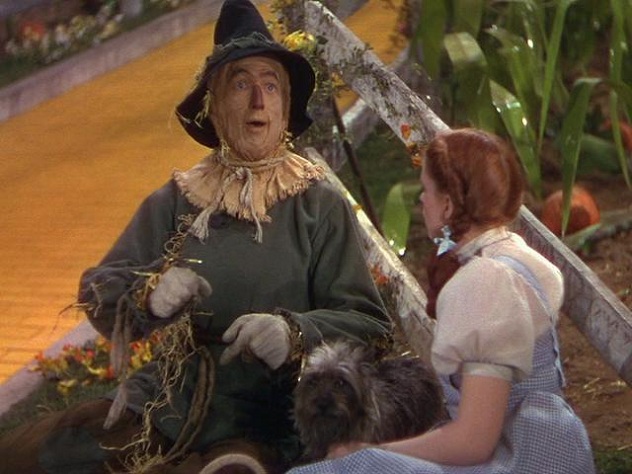 In a world of flying monkeys, flying houses, and talking trees, just about anything goes. We’re talking somewhere over the rainbow, about halfway between Kansas and the Twilight Zone.

In The Wizard of Oz, that perennial family classic, there is one particularly odd moment that breaks reality for no obvious reason. When the scarecrow receives his diploma, signifying brains, he pronounces, “The sum of the square roots of any two sides of an isosceles triangle is equal to the square root of the remaining side. Oh joy, rapture!”

What a dumb scarecrow. As any rocket scientist can tell you, Pythagoras’ theorem states that the sum of the squares of the two legs of a right-angled triangle is equal to the square of the hypotenuse.

So why the fuzzy math? Did someone transcribe it wrong? Did Ray Bolger fail to get his lines right no matter how many takes they shot? Or were the screenwriters simply taking a sarcastic shot at book learnin’? 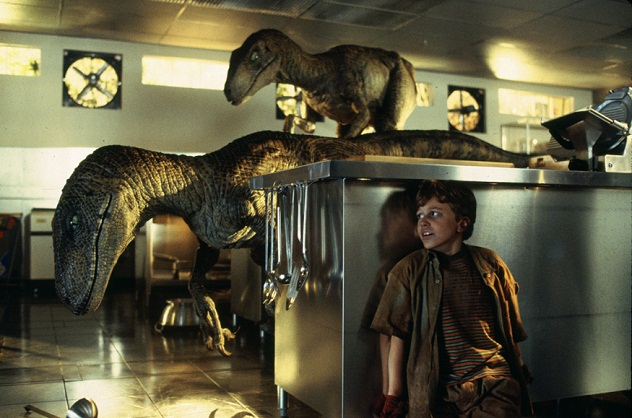 Director Steven Spielberg turned author Michael Crichton’s Jurassic Park into a roller-coaster of a picture. He peppered it with plot points of subterfuge, avarice, and sheer ego. Most of all, he filled it with action and a no-name list of prehistoric all-stars—probably working for scale—and the focus was more on spectacle than consistency.

But it’s the big finale that really pushes the credibility envelope. Dr. Alan Grant (Sam Neill), his girlfriend, Dr. Sattler (Laura Dern), and the park’s founder’s grandchildren are trapped in a ventilator shaft above the visitors’ center. They’re trying to fend off and outrun a couple of velociraptors, the land-based equivalent of great white sharks. They exit onto a scaffolding and attempt to climb down a dinosaur skeleton, which collapses. Just as the good doctor and company are about to become prehistoric kibble, our old friend, Tyrannosaurus rex, bursts in to gobble up the raptors and save the day.

The problem is that the T. rex doesn’t exactly burst in—he simply shows up out of nowhere. Exactly how does a multi-ton creature the size of a bus sneak up? And how did he—or she—enter the visitors’ center without creating a hole in the wall the size of King Kong? We’re probably not supposed to ask. 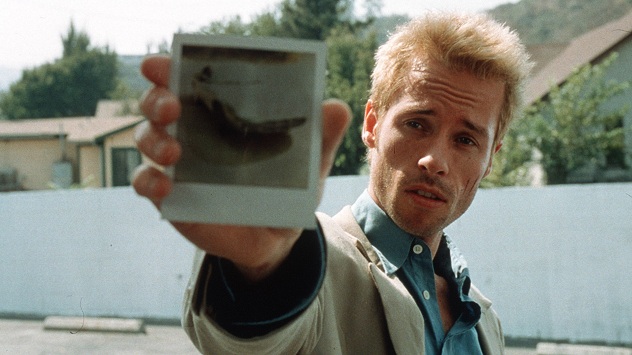 The main character in Memento is caught in a real-life version of an Excel spreadsheet loop—insurance investigator Leonard (Guy Pierce) needs to hunt down his wife’s rapist-killer, but there’s a tiny obstacle—he has a bad case of short-term memory loss. Leonard’s brilliant idea to overcome this shortcoming is to tattoo facts and other messages on his body, along with other “memory enhancement” devices. 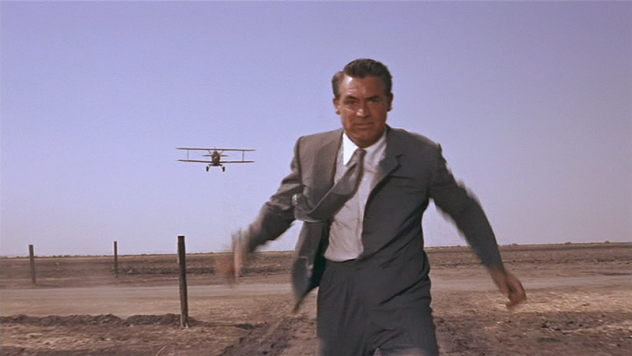 In North by Northwest, Roger Thornhill (Cary Grant) is mistaken for a spy. This leads to all kinds of adventures as he finds himself on the run, trying to foil the bad guys, and wooing a platinum blonde in the process. It also leads to one of the most famous assassination scenes in cinema. It’s one of the most harebrained, too.

The suave and brilliant villain Phillip Vandamm has lured Thornhill to the desolate farmlands of Illinois. So how does Thornhill’s evil enemy contrive to knock Thornhill off once his target is completely alone in the wilds of the Midwest? A bomb? A sniper? A flamethrower, maybe? No, this master criminal relies on sending a crop-dusting plane to take him out. Sometimes cinematic brilliance makes for dopey narrative. 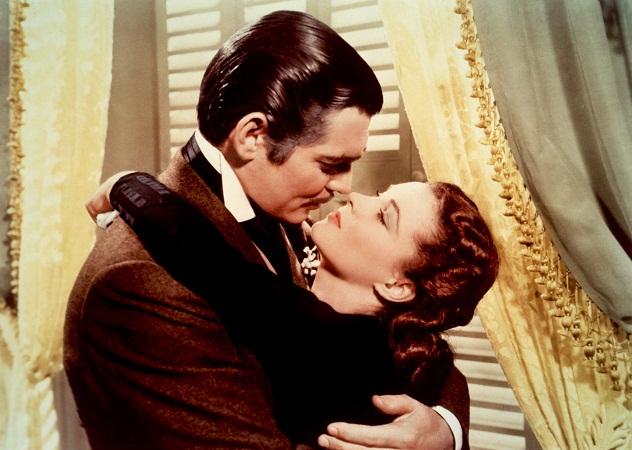 Director Frank Capra remarked that you should never make your best picture the same year they release Gone With the Wind. The year 1939 turned out to be a truly amazing one for Hollywood, but the story of Scarlett O’Hara was the biggest in almost every way, from bankroll to special effects and screen tests. And it just goes to show that the bigger they are, the more prone they are to goofs.

Perhaps the main problem has to do with a little plot point—the Civil War, that minor to-do between the North and South. In a pivotal moment, Gerald O’Hara (Thomas Mitchell) comes bursting in with the news.

A cause for exuberance? Celebration? Dancing in the streets of Atlanta? Hardly. General Lee’s surrender in Virginia had no bearing on Atlanta’s troops. The Atlanta militia didn’t surrender for another month, and the official end of the war is considered to have been General Kirby’s surrender 47 days later. 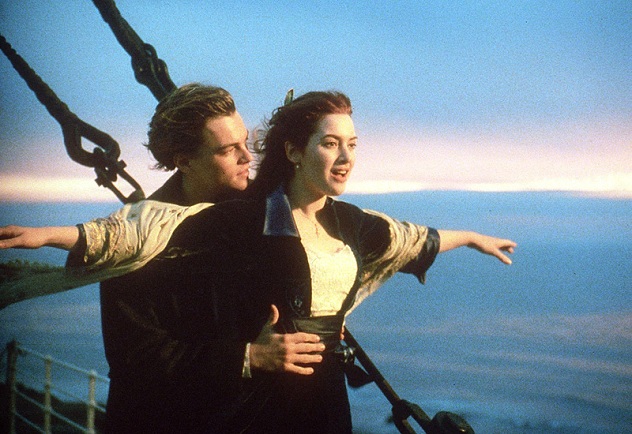 James Cameron’s Titanic extravaganza was all about authenticity. Legend has it that the writer-director poured his heart and soul into the film. He certainly got his backers to sink plenty of dough in it—the $200 million price tag made it the most expensive movie of its day. An obsession with authenticity ate up all that capital, from costumes and sets to special effects. But anyone who knows their art history saw a glaring error.

Pablo Picasso had not yet taken the world by storm in 1912, but Cameron chose to display Picasso’s 1907 painting “Les Demoiselles d’Avignon” as part of Rose’s collection. The canvas most often cited as the first work in the cubism movement received a snide aside from Cal (Billy Zane)—“Something Picasso. He won’t amount to a thing. He won’t. Trust me.”

Perhaps Cameron meant it purely as a laugh. Perhaps the director meant to start an anti-cubist movement. Maybe he didn’t realize that if he broke his own insistence on authenticity, all the rest didn’t matter—by playing fast and loose with one detail, Cameron declares every other historical aspect of the movie up for grabs.

But it gets even better. Cameron’s request to use the image was actually turned down, but he went ahead and included the painting anyway. The Artists’ Rights Society, representing the Picasso estate, extracted an after-the-fact fee from Cameron. The incident proves that there’s only thing bigger than the Titanic itself—James Cameron’s ego. 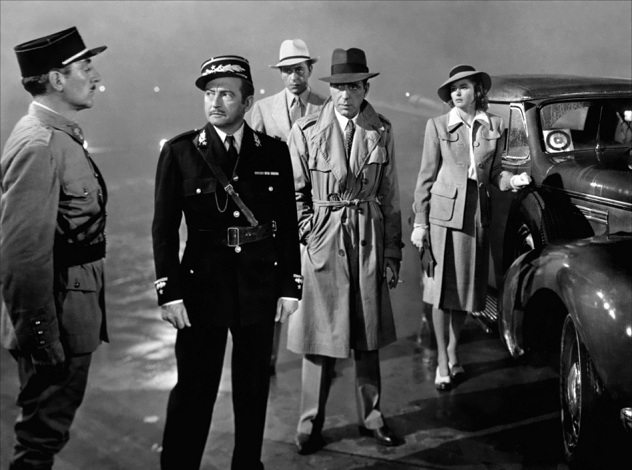 Ah, those wonderful letters of transit—“Cannot be rescinded. Not even questioned.” A clever plot device, but pure Hollywood make-believe. The stolen letters of transit create most of the fuss early on in Casablanca. It turns out they’re the only thing than can save rebel leader Victor Laszlo, the resistance—the very future of the free world. It’s merely a matter of minor irony that the letters of transit become obsolete at the end of the film.

The more critical gaffe occurs when Ugarte (Peter Lorre) informs Rick (Humphrey Bogart) that the letters were signed by General de Gaulle, a claim Rick accepts without question. In fact, as the leader of the Free French, de Gaulle’s signature would have been meaningless. 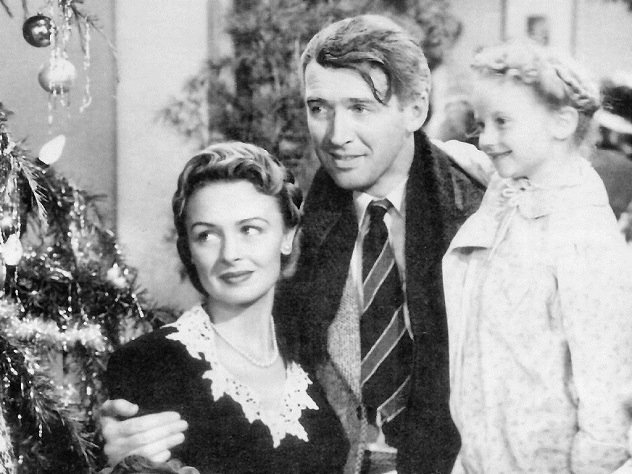 Frank Capra is everyone’s Hollywood favorite when it comes to schmaltz. Love is triumphant, you can’t keep a good man down—you could always count on Frankie to deliver the very best in movie cliches. But the classic happy ending of It’s a Wonderful Life isn’t all that happy when you look at it.

The incident that sets up the film’s conflict and propels George Bailey (James Stewart) to give up on life is never resolved (and doesn’t actually take place until one hour and nineteen minutes into the film). Bailey runs the town’s ever-struggling savings and loan with Uncle Billy (Thomas Mitchell). Uncle Billy absentmindedly misplaces a massive bank deposit into the hands of the evil Mr. Potter (Lionel Barrymore). As the money-grubbing head of the bank, Potter’s been trying to put the savings and loan under for years—this is his big opportunity. Potter keeps the money and even tries to frame Bailey for the missing dough, thus threatening shame, scandal, and major jail time. Bailey’s thrown into a tailspin of self-pity, the townspeople pray their hearts out, and a heavenly angel appears to guide Bailey to salvation and a happy ending.

But the happy ending never addresses Potter’s crime. No one ever says boo to Potter—he makes an instant profit and never gets caught. It’s a wonderful crime.

For the film that’s most often cited as the greatest of all time, Citizen Kane suffers from a pretty serious lapse in logic. The film opens at the front gates of a larger-than-life estate, Xanadu, slowly moving across the grounds to the room of Charles Foster Kane. Old and alone, contemplating a snow globe, he whispers his final word—“Rosebud.” He drops the globe, which rolls and shatters. The nurse rushes in to discover that the great man has expired.

That sets up the rest of the flick—a reporter tracks down every last character in the Kane story, attempting to figure out what he meant by that last word. But there’s a larger question looming. The question is so obvious that it’s almost never mentioned.

Ben Solomon lives and writes in Chicago, Illinois. His monthly hard-boiled detective series can be sampled and subscribed to here.