Daring movies delight audiences, so we applaud filmmakers who do new things with the medium. Despite this, and despite how fanatically some of us study movies, many of the people most responsible for today’s filmic wonders are forgotten or overshadowed by a few famous figures. Let’s give a handful of these innovators their due.

Although Jack Foley didn’t invent sound effects, he definitely helped codify the form. With the success of The Jazz Singer in 1927, the former director and stunt performer found a new calling. The rush was on to add sound to silent movies as fast as possible. Foley added a particularly rich soundtrack on the 1929 film Show Boat.

Foley was very precise and attentive at his job. In describing adding sounds of footsteps for stars of the time, he said, “Rock Hudson is a solid stepper; Tony Curtis has a brisk foot; Audie Murphy is springy; James Cagney is clipped.”

Probably his finest hour is alleged to have occurred during the shoot for his last picture, the 1960 classic Spartacus. Stanley Kubrick wanted to do two days of reshoots with countless extras on a project that was already immensely expensive—because he was unhappy with the live sound recording. Foley solved the issue by getting his car keys, jingling them into a microphone, and creating the metallic sound effect used in the film.

One of the earliest American examples of what we would today call avant garde filmmakers, Kenneth Anger influenced everyone from Martin Scorsese (who wrote the introduction to a DVD collection of his films) to David Lynch to John Waters (who said, “Everyone copied him, including me”). His work pushed the envelope so hard that he stayed well out of mainstream for much of his day.

Probably the single greatest example of this was his 1947 movie Fireworks, about a group of sailors committing gang rape. For 12 years, it remained under legal review for obscenity. Fireworks also includes examples of Anger’s single most significant contribution to later filmmaking: the use of popular music for ironic effect. Anyone who’s watched, for example, Pink Flamingos or Goodfellas knows just what a significant effect that has had.

From Rocky to True Detective, Garrett Brown’s ingenious handheld camera mount allowed fluid camerawork. Conventional handheld shots always looked as though they were shot from someone’s point of view to Brown, even when they weren’t supposed to be, because someone was clearly holding a camera. Sometimes, these shots intentionally assumed a character’s point of view, such as in slasher movies. Brown had issues with this as well—he thought the amount of bobbing and movement was not consistent with how most human heads move.

Brown’s Steadicam mount was an immensely heavy device held by hand, and he sometimes had to use it in conditions that bordered on hellish. For example, when shooting The Shining, Stanley Kubrick had him carrying this 40-kilogram (90 lb) device for dozens of takes in temperatures of 40 degrees Celsius (110 °F). For one shot, he had to carry the device up three flights of stairs, and they did the take a whopping 36 times. After the first dozen takes or so, he was surely cursing his own inventiveness.

Probably the most famous female German film director was Nazi propagandist Leni Riefenstahl. That’s a shame because she overshadows another filmmaker with a more creative and certainly more benign career.

Lotte Reiniger was a pioneer and inventor in the field of animation. Although everyone remembers Walt Disney’s Snow White and the Seven Dwarfs as the first multiplane animated movie, Reiniger beat it by 12 years with her feature-length 1926 cartoon The Adventures of Prince Achmed. She designed the multiplane herself.

Unfortunately, for all her inventiveness and animation skill, her films probably wouldn’t play nearly so well with general audiences today as Disney’s. Instead of animation cells, she shot her films using silhouettes of paper cutouts, an interesting technique that never quite caught on.

Time-lapse photography is one of today’s most striking visual devices, readily apparent in everything from BBC’s Planet Earth to Breaking Bad. The process dates back surprisingly far to a rather obscure British naval photographer.

In 1910, using crude but ingenious inventions (including an automated alarm system to warn him of malfunction), Percy Smith shot the world’s first time-lapse film. Birth of a Flower showed an array of different flowers blossoming. It became a worldwide film sensation.

In 1911, Smith made a series of puppet films using insect bodies and extreme close-up photography. Curiously, these sparked public worries about whether Smith was harming the insects. This may well have been the first scandal of reported animal cruelty for a film production.

Some film notions are so basic that it seems hard to believe that anyone needed to come up with them. But Robert W. Paul made the first known example of a film that cut between multiple locations.

Come Along, Do from 1898 begins with a shot of a couple having lunch outside a building. They then go inside, and we see that the building is an art gallery. The husband gawks at a nude statue until his wife pulls him away.

The multiple locations confused audiences. In later films, presenters sometimes had to warn audiences in advance if the show included multiple shots.

That first film wasn’t the most auspicious way to launch cuts between locations. It’s not even the most striking thing Paul did in his career (that would probably be shooting the first piece of news footage or building a camera for George Melies). But it’s surely the most significant innovation he has to his credit.

The Art of Stress-Free Productivity: David Allen at TEDxClaremontColleges

His was not the most distinguished of careers. Allen did special effects for some major (if not esteemed) productions such as Honey I Shrunk the Kids, Ghostbusters 2, and Batteries Not Included. He spent more of his career making B movies like Puppet Master, The Gumby Show, and Dolls. But his work on the 1989 film Willow featured some truly revolutionary work that gets little appreciation.

Working with Dennis Muren (himself rather well known in science fiction circles for his work on Star Wars), Allen needed a new type of effect for scenes where a character transforms from one sort of creature to another. The pair of artists, with programmer Doug Smythe, invented the special effect of morphing.

Usually, the first epic narrative film is credited as being D.W. Griffith’s 1915 picture Birth of a Nation. It was expensive, long, and a commercial success. However, the Italian film Cabiria beat it to theaters by one year. It was epic in all the ways Birth of a Nation was, and it added a significant new tool to filmmaking.

While most filmmakers at the time were content to point a camera at a set and call “action,” director Giovanni Pastrone, working with elaborate sets and huge crowds, hit upon a simple but ingenious way of improving his films’ visual quality. He put his camera on a mounted platform on tracks so that it could be steadily moved across the set.

Though Pastrone developed a patent for the device, the track-mounted platforms became known as “dollys” instead of “Pastrones.” But the technique was so popular in his own time that the shots that we now call dolly shots were then called “Cabiria shots.” 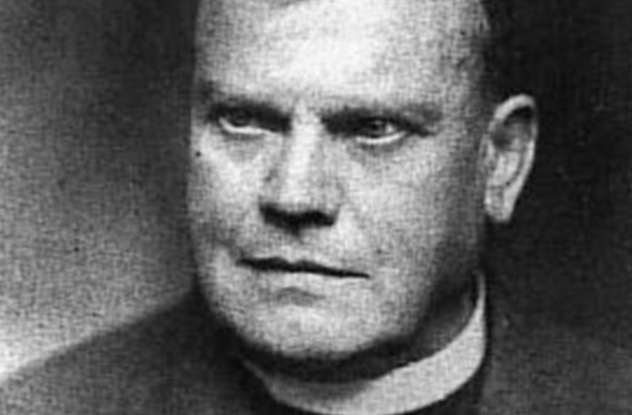 Slow motion has been one of the most popular film effects for decades. As early as 1916, European researchers were using it to study the movement of human bodies. Originally, directors added slow motion by deliberately overcranking film, and this process was patented by August Musger in 1904.

Musger was an Austrian priest, physicist, mathematician, and art teacher. He was inspired to create the technique when he saw flickering in hand-cranked film projections.

After 10 years, Musger failed to renew his patent, so he didn’t reap much reward from all the film studies being made from his work. Today, no films shot by Musger are known to have survived. In fact, there’s no definite record of him even making any.

Blumlein’s interest wasn’t really in film specifically. He was more of an all-purpose inventor—he held 128 patents. His fields included electric circuit design and developments in radar (he died in 1942 at age 38 from a plane crash during a radar experiment).

In 1931, he patented a stereo sound system. Thanks to multiple speakers, movies sounded more like they were occurring in three dimensions, increasing immersion.

Blumlein was at least 28 years ahead of his time. His employers, British company EMI, didn’t find stereo commercially viable, and the idea wasn’t implemented for film and television until 1958. Even theater sound systems in the 1980s used designs compatible with Blumlein’s original speaker systems.