With this list I’m counting only works I read before I, personally, hit puberty, which means that anything published after 1975 is automatically excluded! By “classic,” I mean for us old farts. This list also includes Young Readers, which I chose to interpret as having no true lower age limit, except that, obviously, very young Literature isn’t part of it — no Dr. Seuss. And no young-adult drama (Judy Bloom shall not appear). 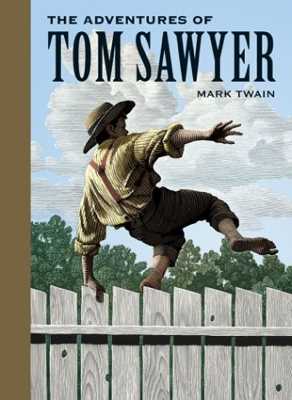 Huckleberry Finn is too advanced in actual reading level to include here, but Tom Sawyer has entertained young readers for way more than a century. A decent case could be made for the argument that Twain penned the epitome of American children’s literature, in this rousing tale of pre-pubescent life along the river in the antebellum South. It would be an insult to summarize the plot. [Amazon] 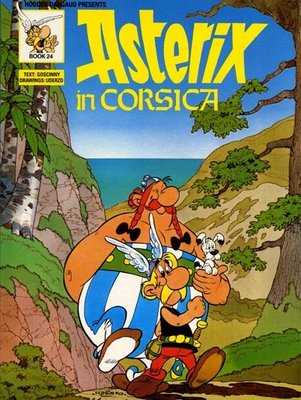 If you’ve never read an Asterix adventure, PLEASE buy one which has both Goscinny and Uderzo credited (generally speaking, the lower the number, the more likely it’s gonna be great, but there are exceptions). Anyway, these were graphic novels long before the term was invented. Full of puns (especially regarding Roman names), these books are lavishly illustrated in fantastic color. They are set near the end of the Roman Conquest. Only one small village in Gaul (France) is holding out, because they have a druid-brewed magic potion that makes them nigh-invincible. The books are astoundingly popular all over Europe, and the translations into English are normally superb (meaning the puns come through). It is almost pathetic how much money I have spent seeking these out as an adult… of all entries in the list, Asterix definitely takes the prize as being the most readable by old farts. [Amazon] Who doesn’t know this one? With literally millions of copies sold, Charlotte’s Web is as iconic as Santa Claus or the Easter Bunny. Wilbur is a pig, the runt of the litter, and therefore destined to be killed. But eight-year old Fern intercedes on his behalf. That’s not good enough, however, as he next becomes slated for Christmas dinner. Enter Charlotte, a wise and intelligent spider, with a plan to forestall the inevitable. All of the barnyard critters are portrayed with excellent characterization skills… a genuine classic if anything is. [Amazon] 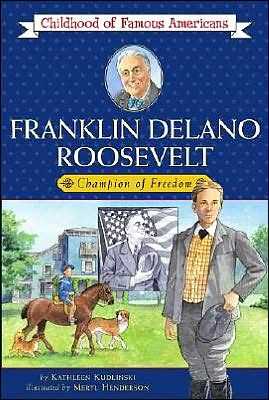 Still going strong, with subjects as recent as Mr. Rogers, this series dates back to at least as early as 1942 (George Washington). Revisionist history at its finest. What we have here is novelization-biography, but with it all being about childhood and the “experiences” that shaped a person into the greatness that they became. The final chapter typically takes place in adulthood, where the lessons learned early on are applied as it becomes apparent that boy-or-girl-made-good. [Amazon] 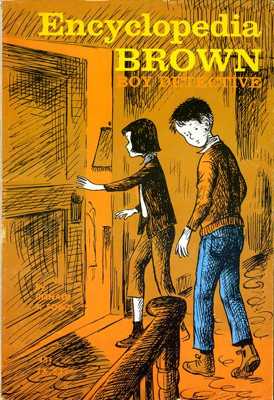 It always pissed me off when I didn’t see the clue and thus had to read on to find out how Encyclopedia Brown solved the case. It was always so obvious, in hindsight. You get to where you can spot the page on which the clue must occur, and sometimes still can’t solve the mystery ahead of time. At least in the earlier works. World famous boy-detective how-did-he-know series. [Amazon] 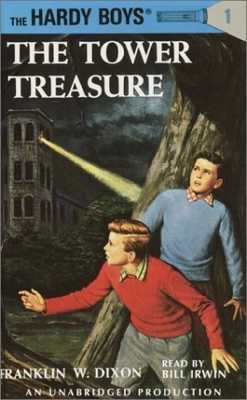 Perhaps the most popular childhood series of all time. But if the list were not alphabetical, it would rank pretty low. Boy detectives who frequently get bailed out in Scooby-Doo fashion by their father. The brothers often start out doing something adventurous, like ice sailing on a frozen lake, or surf casting. The series has been around since 1927. A staple of American boyhood. [Amazon] 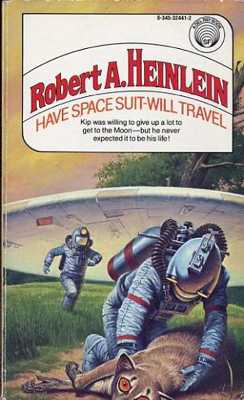 Probably responsible for getting more people hooked on reading science fiction than any other body of work. From 1947 to 1958, Robert A. Heinlein published one novel a year for Scribner’s, aimed at a young male audience. All were written with a breezy style that made them agreeable, yet not condescending. Legions of Heinlein fans re-read their juveniles constantly in adulthood. The only question is, which Heinlein juvenile do you give a child FIRST? [Amazon] 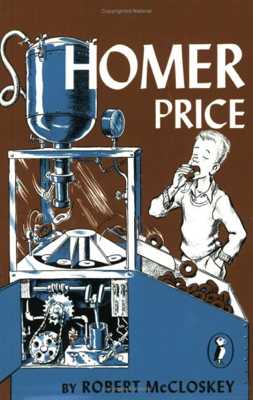 Really old-school here. Homer is that quintessential young reader hero — the kid who is smart enough to see what the bumbling adults miss. There are only a couple of books, but they contain several adventures each. Of particular note is the story “Ever So Much More So,” which is a quaint retelling of The Emperor’s New Clothes, only centering around a supposedly magical spice that affects everything. [Amazon] 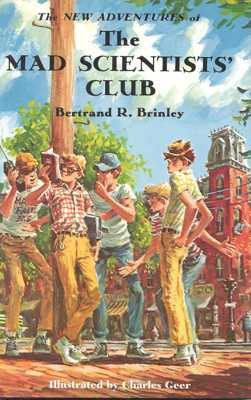 Absolutely first-rate stuff. Told in the second person, what we have here is a bunch of boys using radio and ingenuity to get the best of both the town and a rival gang of misfits. And sometimes the Air Force. Reads pretty well as an adult. Each chapter of the first two books is its own adventure; one of the latter books is a novel-length “origins” story. Four in all. [Amazon] 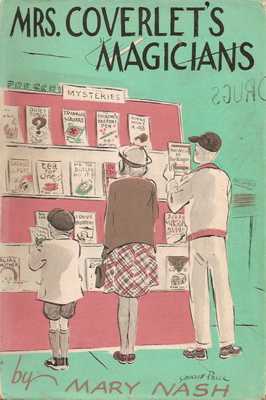 There’s a lot going on in While Mrs. Coverlet Was Away and its two sequels. Even young readers will have no problem suspending their disbelief (we all know Toad couldn’t really hex Miss Eva, don’t we?). Regardless, the characterizations are amazingly rich for books in which the author has to write to an age 9-12 reading level. Among fans, there is a debate as to whether WMCWA is better than the second book, Mrs. Coverlet’s Magicians, but there is general agreement that the third installment is the weakest. This would easily be in the top five if we weren’t going in alphabetical order. The theme is classic: resourceful kids persevere without adult supervision (their family name is Perserver!), but that theme has never been handled in quite this manner. Original and highly recommended. [Amazon]

5
The Spaceship Under the Apple Tree
Louis Slobodkin 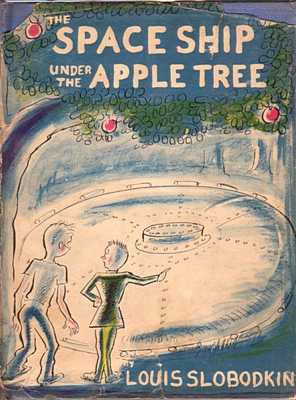 If you don’t know it, get a boxed set of three books. 20 out of 20 five-star Amazon reviews. It should be as well known as Alice in Wonderland, but alas, too many people have experienced sheltered childhoods. This is science fiction… but in a deceptively adult manner, it’s first and foremost a story about the meaning of friendship. It just makes young hearts sing. First published way back in 1952, it taught celebration of differences long before society even grasped the concept of diversity. [Amazon] 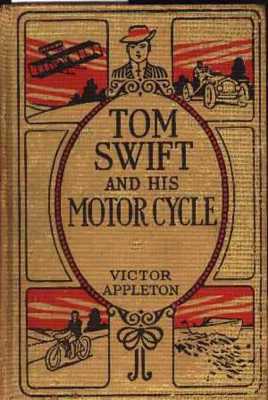 Way back in the day, Tom Swift books were published. These featured such derring-do activities as piloting an “aero-plane.” But then came Tom Swift, Jr., just in time for the space age. It must be said that the science in this science fiction series was whatever the author wanted — some of the stuff in the 33 books was admirably worked out, but more often, the author took the low road. No matter. Here we have several cherish able (albeit one-dimensional) characters who could always be counted upon to use a fantastic new invention to frustrate the bad guys. And governments — Swift Enterprises seems to have an inexhaustible supply of private research dollars. As usual, the earlier books are generally superior. [Amazon] 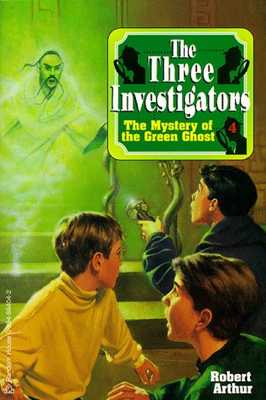 Earlier books in this 43-book series are generally superior, mainly because Robert Arthur is a better writer than those who came later. And because Alfred Hitchcock wrote the introductions, and appears as himself as a character. Kudos must also be given to excellent illustrations by Harry Kane in the early works. But to speak of the books themselves, there is perhaps no better example of the “kid detective” genre. Jupiter Jones is rotund but the brains of the outfit. Pete Crenshaw is athletic but prone to overexcitement. Bob Andrews is studious and level-headed. Between the three, no mystery can go unsolved. Especially in the Robert Arthur installments, the mysteries are remarkably well-plotted. In fact, the second book, The Mystery of the Stuttering Parrot, holds up to even adult readers… you probably won’t be able to solve it ahead of time, and “that’s a lead-pipe cinch.” The various secret entrances into Headquarters alone are worth the read. Truly, a “thinking kid’s” series and the all time favorite childhood books of Listverse’s founder, Jamie Frater, who openly admits that he loved the books so much he set his bedroom up to look like the Three Investigator’s secret office! [Amazon]

2
My Side Of The Mountain
Jean George 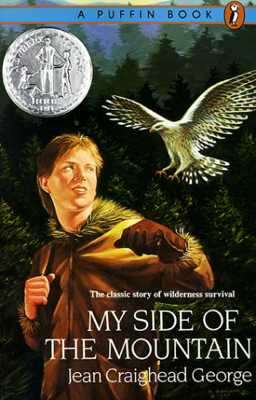 Pretty much the ultimate in opening the eyes of a young boy. Unfortunately, the film version drastically deviated from the book. Even though the acting is fine, the screenwriters simply did not capture the thrust of what is arguably one of the best young reader novels ever written. This is one of the few books that is capable of instilling a genuine sense of awe. Speaking of the book (not the movie), a young boy abandons his beloved family and sets off to live alone in the Catskills Mountains. Lots of “survival tech” here, including sketched illustrations of animal snares and fire-building. But that is not what elevates this novel. What really makes this one rock is the poignant juxtaposition of a successful boy, alone on the mountain with his undeniable basic need for simple human contact. Superb in all aspects. [Amazon] The Chronicles of Narnia, by C.S. Lewis, is one of the very few sets of books that should be read three times: in childhood, early adulthood and late in life. In brief, four children travel repeatedly to a world in which they are far more than mere children, and everything is far more than it seems. Richly told, populated with fascinating characters, perfectly realized in detail of world and pacing of plot, and profoundly allegorical, the story is infused throughout with the timeless issues of good and evil, faith and hope. [Amazon]