Every singleton experiences veiled insults and pressure about their relationship status. The real picture is far more serious. Unmarried individuals face discrimination when they travel, use facilities and when the taxman knocks. More disturbingly, studies have found that people do not take happiness or success seriously in the spouseless. Additionally, a researcher nearly lost her life before a deadly bias was uncovered – one that endangers only the cancer patients who never took their vows. 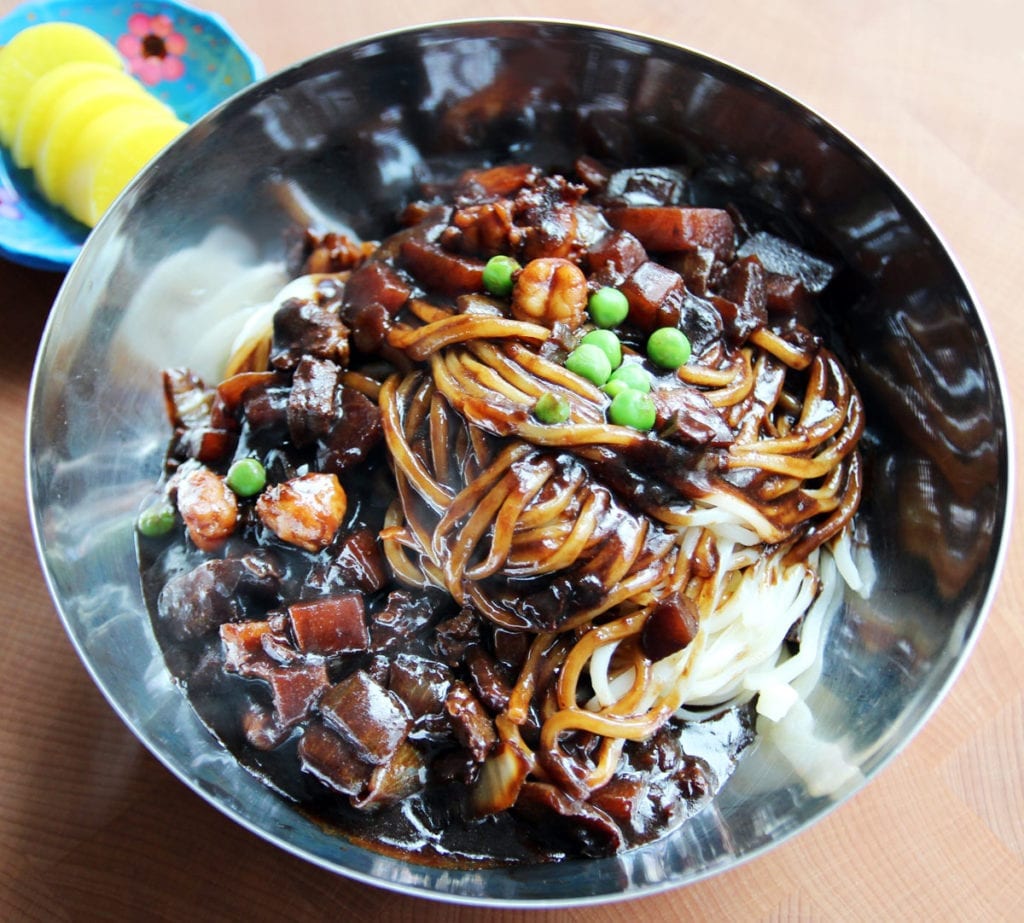 Plenty of evidence supports the existence of happy singles.[1] However, there are many lonely hearts who yearn for their soul mates and the day when they can also get married. While most people do so privately, South Korea has a special day set aside for the unattached to support each other. Called Black Day, single people get together on April 14. They don black clothing, nail polish, make-up, and accessories. The emphasis on their black mood does not end there. When they gather, it is traditional to order a meal called jjajangmyeon. Believe it or not, but this dish contains black noodles that stain the teeth with a rotten look. The somber dye hails from a sauce that is served separately from the noodles. Made from vegetables, meat and seafood the condiment is poured over the noodles for a great gothic effect. The more perky loners hold jjajangmyeon contests to see who can eat the most black pasta. Where there are need and loneliness, the commercial opportunists are usually not far behind. During this time, shops sell a lot of black coffee and dating services step up their game to be more appealing to single customers. Black Day is not the weirdest Korean tradition linked to romance. There is also Green Day. Every year on August 14, couples dress in green clothing and buy green bottles filled with a drink called soju. Getting tipsy from this alcoholic beverage could explain why lovers then skip through wooded areas. 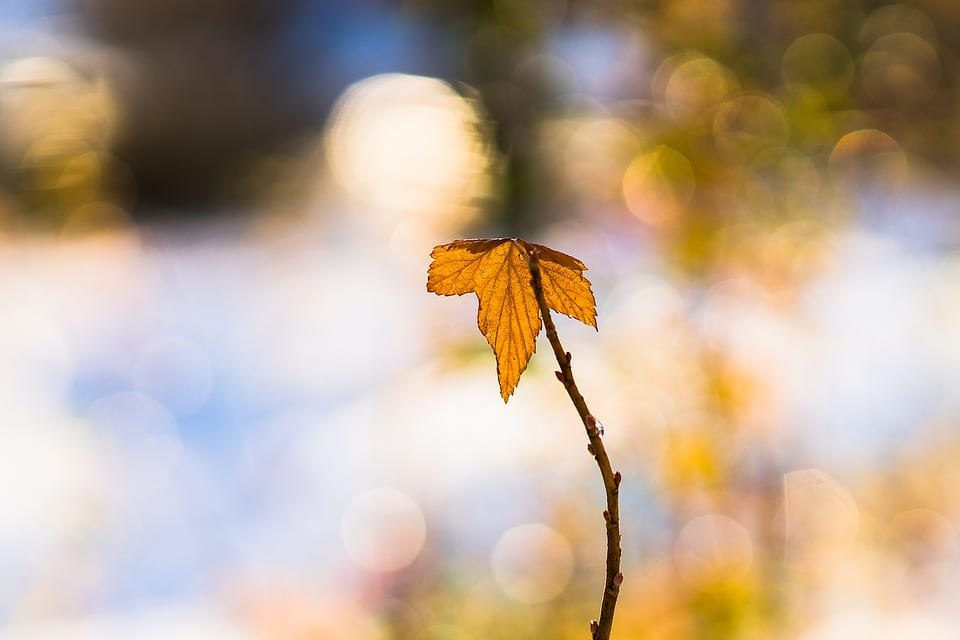 Friends, family, and colleagues often sideline the unmarried in their midst.[2] While pettiness and social expectations can drive this behavior, one would expect scientists to be more clear-headed. To be fair, a few researchers granted singles a serious look and found that, for some individuals, staying single can offer a multitude of benefits. They often form closer bonds with co-workers and loved ones, can have deeper and more meaningful lives than married people, and also showed continued personal growth throughout their lives. However, in 2016, a study on singles ironically found that most studies with unmarried participants did not view them as people in their own right. After wading through 814 studies where singletons were included and analyzed, it became clear that most merely served as a secondary factor to learn more about married couples. Here is a curious footnote. When a couple ties the knot, they qualify for over 1,000 federal benefits. Logically, this should allow them to get ahead in life. This is not always the case. For some reason, without their married counterparts’ 1,000 benefits, single people continue to flourish on par with couples. Perhaps if singles receive more studies as equals, the unusual trend would not be such a mystery.

6 The Risk For Dementia Is Higher 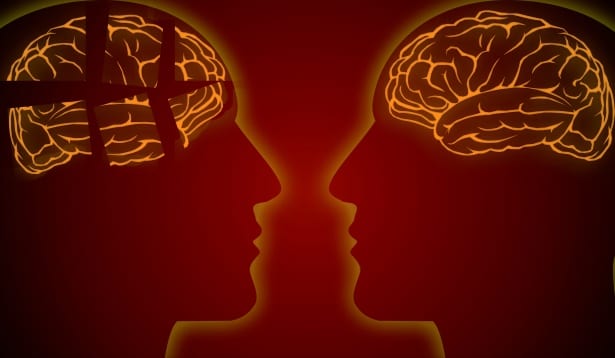 In 2017, a research team found a new way to scare single people.[3] Apparently, never saying those wedding vows could increase a person’s chances of developing dementia by 42 percent. The study was large. It covered 15 projects from Europe, the United States, South America, and Asia, and looked at 812,047 participants. The results, while not concrete, suggested that lifelong loners had the biggest chance of being hit by the devastating condition. Standing second on the podium were the widowers with their 20 percent higher risk compared to married couples. Two factors are known to reduce a person’s likelihood of developing dementia. Being social and leading a healthy lifestyle. Marriage is thought to offer protection in this sense because singles – especially older individuals who live alone – can become socially isolated and inactive. However, marriage might also be the thing that is skewing the statistics. Aging spouses naturally assist each other but this arrangement could delay diagnosis, meaning that more married people could have dementia than is officially recognized. Mysteriously, a more recent review reduced the risk of singles to 24 percent. As heartening as the unexplained drop was, unmarried people remain the highest risk group for a diagnosis. 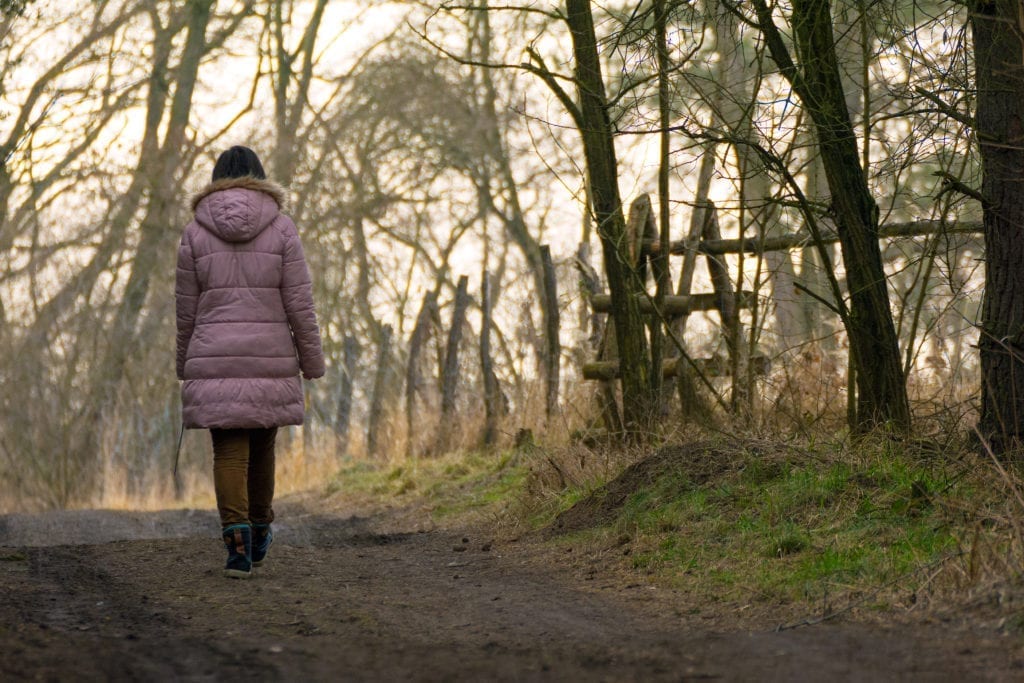 A recent study claimed that mothers are behind the single status of their daughters.[4] The researchers supported the idea even when the women did nothing to actively scuttle their adult children’s relationships. The 2018 project drew on two major surveys. Spanning decades, both tracked the same women and eventually their children. The thousands of participants provided enough fodder to draw some conclusions. However, things turned weird when researchers read the mothers’ lives as a prediction of how many partners their daughters would have in the future. Apparently, the similarity had nothing to do with the child witnessing parental breakups. There was no clarification about whether the girls left relationships because there was abuse involved, that they wanted to be single or whether their boyfriends broke it off. Instead, the study favored the theory that the mothers passed on poor conflict-management skills or mental health problems that rendered the girls more likely to end up single. Given the fact that no real evidence backed this up, a mother of a single daughter might be forgiven for feeling a little offended. 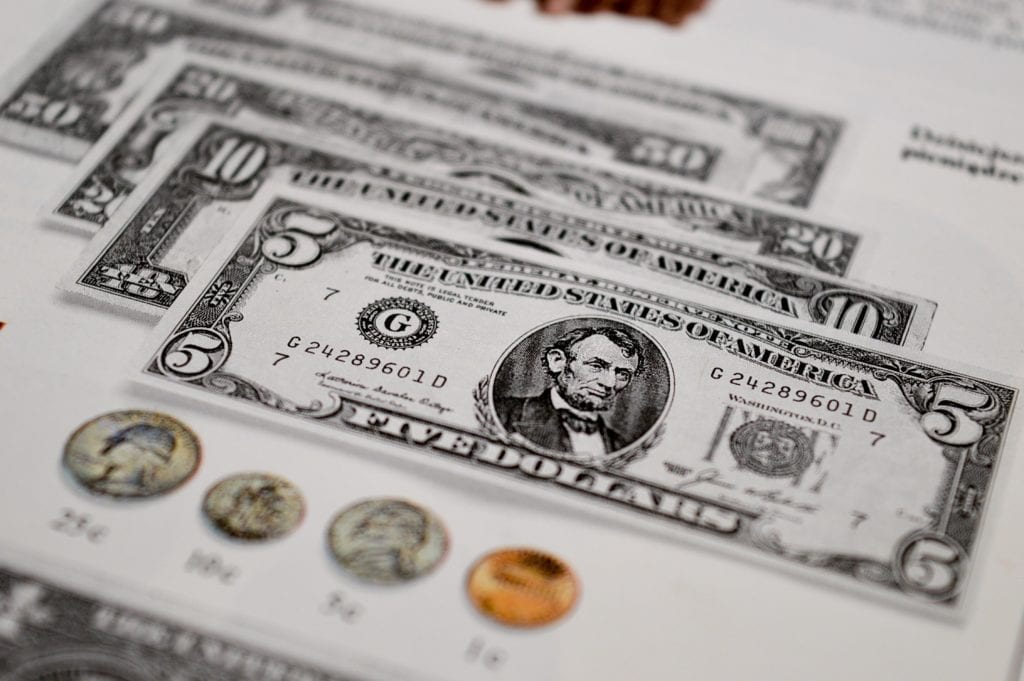 Financially, unmarried individuals contribute a substantial amount to society.[5] It would appear that the favor is not being returned. To start with, they get fewer benefits in taxes and childcare. The government is not alone in rewarding married couples. Some venues, like the cinema, give discounts to families with two spouses but not to single parents with children. When seats are few, theatres refuse to sell just one ticket. A single person must buy a pair, pay the price of two people and enjoy the show with an empty seat next to them. There are airlines, hotels, and gyms that knock off prices for couples but make individuals pay extra to use the same facilities. Insurance companies also view singles as the riskier of the two groups. Due to this broad assumption, responsible individuals are expected to pay twice as much as married people. Not even a singleton’s beneficiaries are spared. They get slapped with a 40 percent tax bill when they inherit from an estate worth more than £325,000. On the other hand, following the death of a spouse, their assets pass on to the living partner tax-free. Indeed, contrary to popular belief, being single is definitely not cheaper.

3 Their Happiness Is Offensive 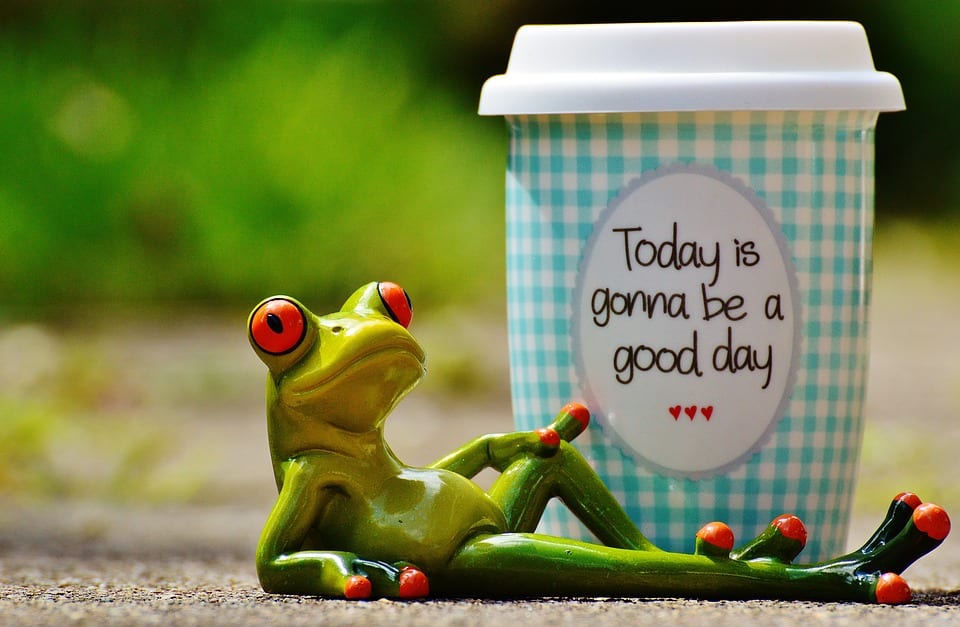 In 2019, a relationship expert gave talks about her new book.[6] The work touched on happiness and concluded that single women could be winning as far as contentment and health was concerned. She gained fans among female singletons but the backlash was huge. The author was accused of spreading propaganda and pushing the “independent woman” image too far. She readily admitted that, for some, marriage can be a source of great joy. What she found curious, however, was the strong negative reaction. Almost as if the thought of true happiness in singles was offensive. This was hardly the first time that popular opinion supported a disturbing belief – that single people are incapable of happiness that equals anything felt by their married counterparts. A study from Israel was brutally honest. When volunteers were asked to grade biographical accounts, they scored married individuals higher on the happiness scale. Despite that several of the stories described single people enjoying a great life that included contentment and achievement, the participants insisted that the person in question did not really feel that great. They honestly believed that the loners could not be happier than a husband or wife. According to psychologists, this negativity is derived from fear and jealousy. People could envy the unattached because their lives seem to be freer and filled with better opportunities. Singletons can also sow fear when they choose to live alone. Worse, when they dare to look happy about not having a spouse or children. This goes against society’s expectations and it makes the more conservatively-minded crowd uncomfortable. 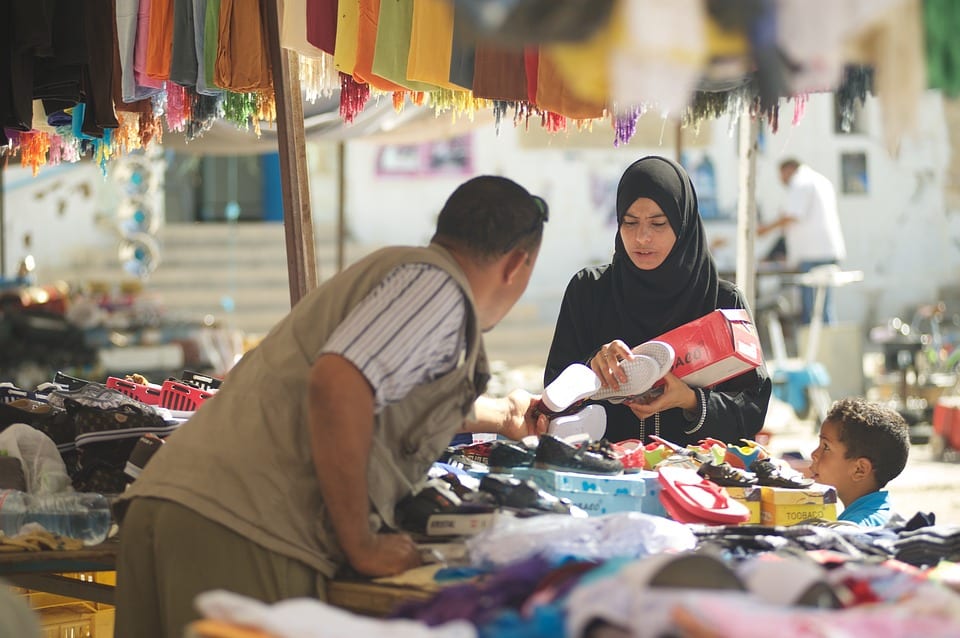 New parents usually do not fear losing everything when a baby arrives.[7] Unless you are a single female living in Tunisia. The country’s hatred towards unwed mothers is so deep that the women are often thrown out of the house by their families, abandoned by fiances, receive no sympathy if rape caused the pregnancy and in the words of one charity worker, “They are not seen as human beings.” They are not even legally parents. In Tunisia, only men can have guardianship and for this reason, an unmarried woman can expect the police to visit her in the hospital after giving birth. She is interrogated until the father’s name is revealed. The main reason for this hostility against single mothers is the fact that Tunisia follows sharia law and Islamic laws forbid premarital sex. However, the fathers are not ostracized nor harassed in what is a terrible example of gender inequality. Children born out of wedlock are also discriminated against. They are legally registered as illegitimate, a title that prevents them from claiming the same heritage rights as a child born inside of a marriage. The lifelong shame, pressure from family and the fear of losing everything are so intense that half of the women abandon their babies. Those choosing to keep their child sometimes head for the country’s only shelter for single mothers. However, they can only stay there for four months. After that time, the shelter helps each woman to find a job and a place to stay. 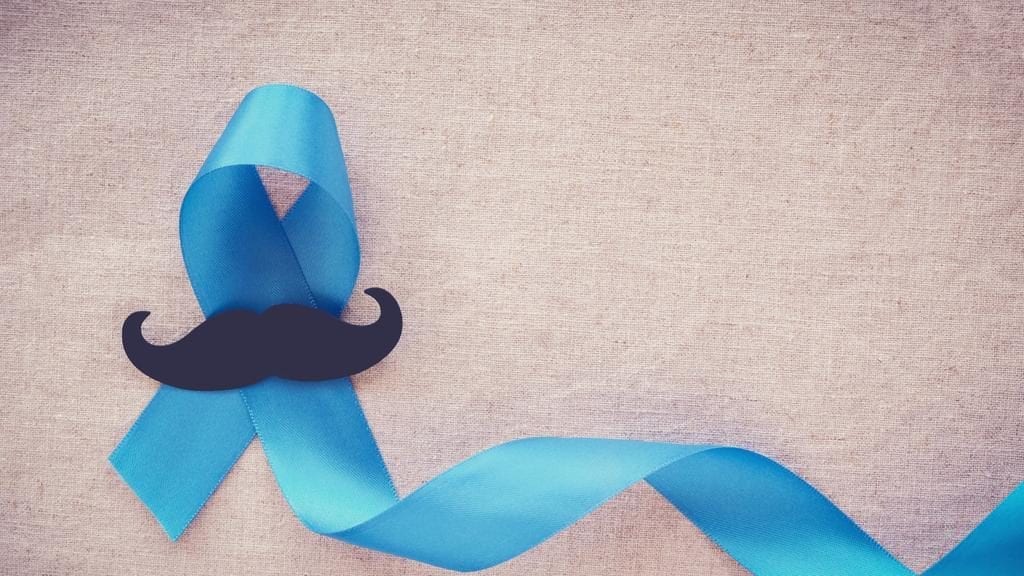 Statistically, unmarried cancer patients have a lower survival rate.[8] As ridiculous as it sounds, it was thought that singles gave up fighting cancer because they had less to live for. The frightening truth was exposed only after a researcher was diagnosed and she turned suspicious. When Joan DelFattore’s condition was detected, she was in stage four gallbladder cancer that was also spreading to her liver. She needed a certain treatment that was aggressive and had nasty side-effects. Disturbingly, DelFattore’s doctor wanted to withhold the life-saving option. The physician doubted she could handle the suffering without the support of a spouse or family. By this reckoning, it was not cancer that lowered her odds of survival but the fact that she did not have a husband. The researcher sought a second opinion and this decision probably saved her life. DelFattore received the treatment and beat cancer. Her experience made her wonder if the deadly hesitation had been an isolated case. It was not. After combing through millions of cancer patients’ marital status and treatments, DelFattore published her findings in 2019. Singles do not give up on life due to loneliness. Instead, she discovered that too many doctors showed the same lethal bias where marriage influenced their decision to provide life-saving care.